With rock-star Democratic congressional candidate Alexandria Ocasio-Cortez set to make her Los Angeles debut on Thursday, the 28-year-old’s two-day trip will be marked as much by the throngs of people she’ll meet as by the handful of notables that she won’t.

In a break with tradition, Ocasio-Cortez, who labels herself a democratic socialist, has no plans to meet with any of the entertainment industry’s Democratic political power brokers while she is in town. She will not be having coffee with Carl Reiner. There will be no sitdown with Jeffrey Katzenberg or David Geffen. No $5,000-a-plate dinner at Robert Iger’s mansion in Brentwood.

“None of our clients are meeting with her,” says Marie Lloyd of the political and philanthropic consultancy Gonring, Spahn & Associates, which counts Katzenberg and Steven Spielberg as clients. And none of the other political operatives or members of the industry’s donor class reached by phone were aware of any meetings scheduled with Ocasio-Cortez. Some weren’t even aware she was coming to town.

But it’s not just the donors. Even though Mayor Eric Garcetti is currently in Asia, a source within City Hall tells The Hollywood Reporter that Ocasio-Cortez’s team did not make any outreach to his office regarding her trip.

Typically, high-profile Democrats make the rounds in Hollywood for fundraising meet-and-greets even if their jurisdiction is far from Los Angeles. Instead, the Bronx native and member of the Democratic Socialists of America, who gained overnight fame after defeating 10-time incumbent Rep. Joseph Crowley (D-N.Y.) in the district’s primary last month, will be holding a sold-out luncheon Thursday in downtown L.A., where tickets are going for $27. That event is in partnership with Occupy ICE L.A., an organization that stages demonstrations to disrupt operations at U.S. Immigration and Customs Enforcement (ICE) locations — in protest against the Trump administration’s “zero tolerance” immigration policy. Ocasio-Cortez’s event is scheduled for 11 a.m.-2 p.m. at the Los Angeles Theatre Center on Spring Street.

On Friday, the Democratic Socialists of America L.A. chapter will host a sold-out “Evening With Alexandria Ocasio-Cortez” from 7-9 p.m.at the First Unitarian Church that will include a conversation about “taking on the political establishment” and how best to create “a better, socialist future.” The church’s capacity is 700 and prices for tickets range from $50 for “core supporters,” to $27 for “supporters” and $15 for “friends.” 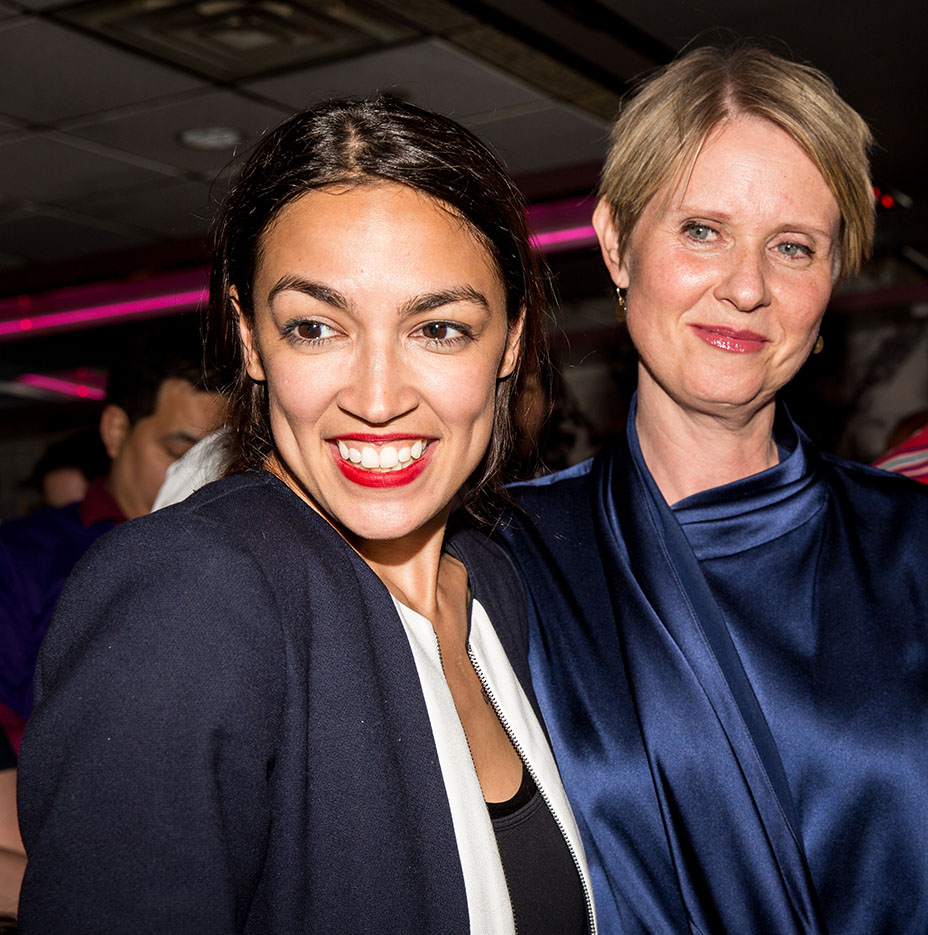 According to DSA-LA communications director Arielle Sallai, a link to the event was posted on a Saturday and with almost no marketing it was sold out by Monday.

Ocasio-Cortez declined to comment for this article, but activists and political observers who spoke to THR were not surprised by her decision to eschew L.A.’s political establishment, noting that it was very much “on brand” for the candidate whose far-left New York City district makes her all but a lock to win in the November general election.

“I totally get why she is staying away from the industry. She doesn’t need us,” says screenwriter Jennifer Levin (Beauty and the Beast, Unforgettable, Brothers & Sisters). Levin, who moonlights as a grassroots activist working to flip a number of California seats in the House of Representatives currently held by Republicans, says she is taking her 15-year-old daughter to see Ocasio-Cortez tomorrow. “Let’s be honest: We represent the money. We are the elite. And I think it’s a smart move.”

Some chalk up Ocasio-Cortez’s not making the rounds to inexperience and a lack of campaign infrastructure to make the appropriate outreach and phone calls. But others say it’s reflective of a schism that has developed within the Democratic Party between the establishment wing and a more progressive wing comprised of many members who supported Vermont Senator Bernie Sanders in the 2016 party primary. Ocasio-Cortez, a former campaign organizer for Sanders, clearly falls into the latter camp. 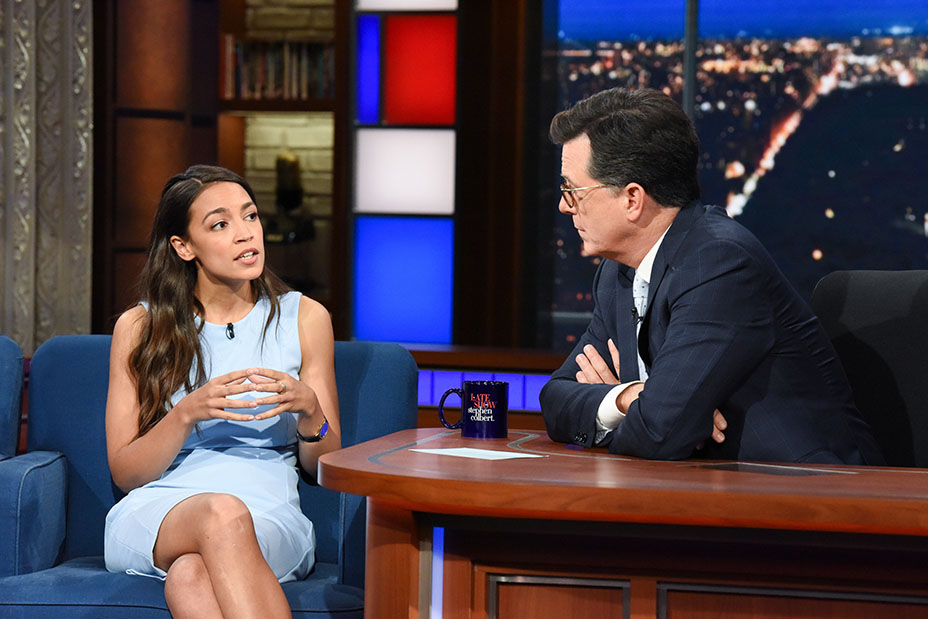 “Eric [Garcetti] is the establishment,” says Sherry Bebitch Jeffe, a senior fellow at the USC Sol Price School of Public Policy. “It’s so funny to say that, but given the state of the Democratic Party, Eric is considered part of the establishment and Ocasio-Cortez is not going to want to cozy up to them.”

The current divide within the Democratic party cut extremely close to home for one of the entertainment industry’s biggest names. Last month at a rally in Anaheim organized to support a pro-union ballot initiative, which was attended by hundreds of Disneyland workers, Sanders stopped just short of calling out Walt Disney CEO Robert Iger by name over what he sees as Disney’s woeful labor practices. “I want to hear the moral defense of a company that makes $9 billion in profits, $400 million for their CEOs and have a 30-year worker going hungry. Tell me how that is right,” Sanders said. Since then Ocasio-Cortez has made several public appearances with Sanders.

Ocasio-Cortez, who as of last November worked as a bartender and a waitress, campaigned on a platform that called for a single-payer health care system, tuition-free public college, a federal jobs guarantee with a $15 minimum wage, and dramatic reforms to the justice system, immigration and campaign finance.

Dan Schnur, the former director of the Jesse M. Unruh Institute of Politics at USC, says the industry may be hedging its bets: “This is ground zero for Hillary Clinton, whom they supported twice, and so it’s worth assuming that the next time Ocasio-Cortez comes to town they will be throwing rose petals at her feet. But right now it might be a little too much and too fast for a risk-averse community.” 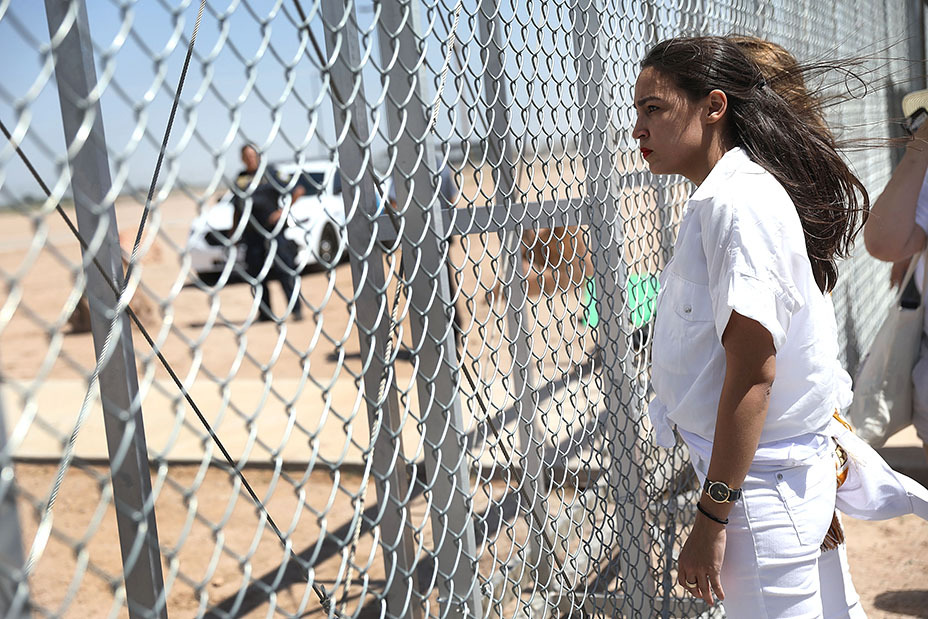 After her stunning victory over Crowley, many members of the “Hollywood elite” — including Susan Sarandon, Chelsea Handler and Ava DuVernay — celebrated her win on social media. (Even President Donald Trump chimed in, though he ignored Ocasio-Cortez for the most part, choosing to instead gloat about Crowley’s loss: “Perhaps he should have been nicer, and more respectful, to his President!”).

In recent weeks she has made appearances on CBS’ The Late Show With Stephen Colbert and NBC’s Meet the Press With Chuck Todd. Not all of those interviews have gone swimmingly. In an interview with PBS Firing Line host Margaret Hoover, Ocasio-Cortez sparked debate after she described Israel’s presence in the West Bank as an “occupation.” That may not have endeared her to certain portions of the entertainment industry. “My guess is that in many cases, those older Jewish contributors might not be supportive of her,” says Jeffe (Ocasio-Cortez later walked back the comment saying, “I may not use the right words”).

To her supporters, Ocasio-Cortez has the heat and the right message for this moment in time. “Crowley, the opponent she beat in New York, is the picture of an establishment Democrat who feels so distant from issues that the Democratic Party hasn’t been responding to in a real way, things like rising rents and health care costs and low wages,” says DSA-LA’s Sallai. “Alexandria is providing solutions that are simple and pragmatic.” 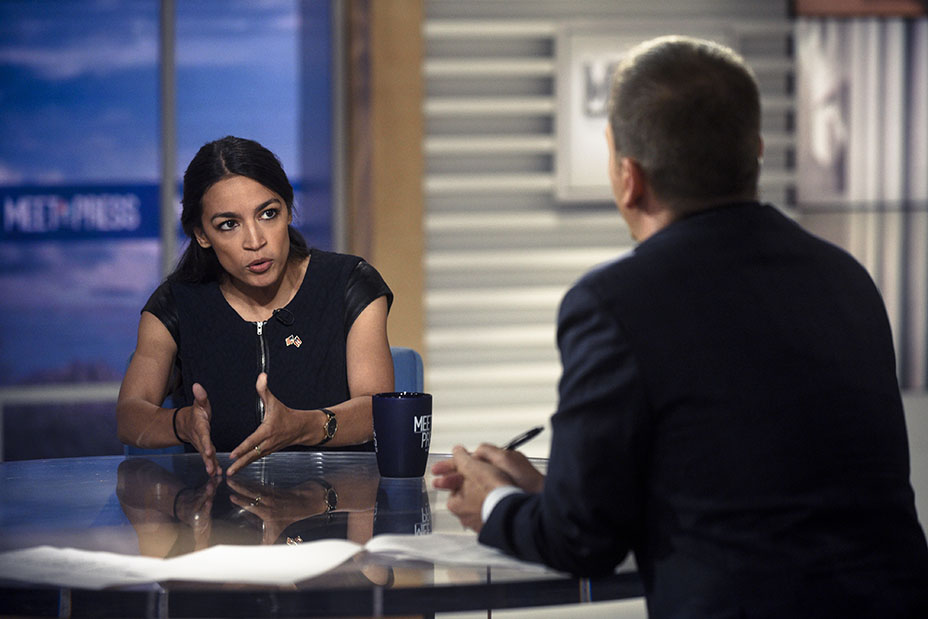