A hit TV show? Apple thinks it has an app for that. The tech giant screened its first original series, Planet of the Apps, for crowds of devotees at its annual developer conference June 6 before dropping the first episode of the unscripted series online. The rollout is meant to kick off a summer of releases for Apple, which plans to unveil its star-studded Carpool Karaoke show Aug. 8. Executives are relying on original video to bolster the 27 million paid users of the 2-year-old Apple Music service.

But is Apple now a TV network? Does it want to be one?

“It’s yet another reason to subscribe to Apple Music,” says Eddy Cue, the senior vp in charge of software and services. As he sees it, Planet of the Apps and Carpool Karaoke fit well into the music-centric slate of programming that Apple has bought up during the past couple of years, including a Taylor Swift tour special and a Clive Davis documentary. “We’ve got a lot of stories to tell,” he explains.

Hollywood agents have been salivating for years at the prospect of helping Apple — the world’s most valuable company with a market cap of $800 billion and a $257 billion cash stockpile — tell those stories. But many still are wondering if these latest releases signal that Apple is finally ready to join other deep-pocketed tech firms in the original programming arms race. 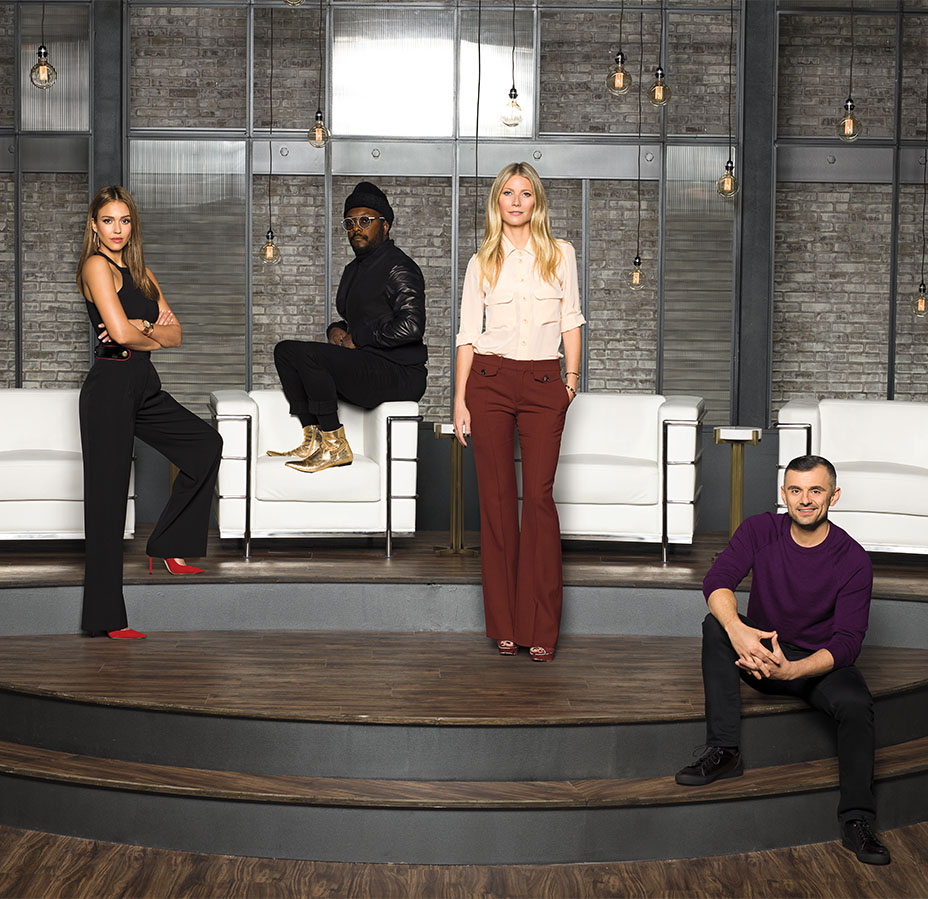 “Everyone is asking whether this is just step one,” says BTIG media analyst Rich Greenfield. “All it takes to go from one show to hundreds of shows is money.”

For now, at least, Apple is starting small. Although stories abound of producers who take meetings with Jimmy Iovine — who joined Apple as an executive after it acquired Beats Electronics for $3 billion in 2014 — and walk away convinced they will soon have an Apple series to brag about, the company has announced just two shows. Apple has yet to confirm a third project — a dark and edgy drama based on the life of, and starring, Dr. Dre, who also joined Apple as part of the Beats deal — that began filming as far back as February. People who have seen early cuts of the series describe it as ultra-violent and auteurish.

Planet of the Apps — hosted by the DJ Zane Lowe and featuring Gwyneth Paltrow, Jessica Alba, will.i.am and entrepreneur Gary Vaynerchuk as mentors to developers preparing to pitch Silicon Valley venture capital firm Lightspeed Venture Partners — was originally conceived by Ben Silverman and Howard Owens under their Propagate Content banner, and they brought in will.i.am, who like the other mentors is an executive producer. After an initial meeting between will.i.am and Iovine resulted in a plan to pitch Cue, Silverman remembers asking, “Apple wants it? They don’t do shows.”

Cue admits Apple has little production experience. “They know how to tell stories much better than we do,” he says, adding that the company got behind the pitch as soon as they saw the show’s opportunity to spotlight the App Store, where people can download the apps featured in each episode. “It didn’t take long,” he says.

Apple intrigues filmmakers in part because of its massive reach. The first episode of Planet of the Apps is available not just on Apple Music but also on iTunes, a global service with 800 million user accounts. “I saw the scale of touch points,” says Silverman, “and I thought, ‘This could be huge.’ ” Subsequent episodes will be exclusive to Apple Music.

Apple is cultivating a reputation, similar to Netflix and Amazon, for a talent-friendly and note-light creative process. “They were pretty hands off,” says Paltrow, though she adds Apple executives got more involved once conference calls turned to how the show would be distributed. They settled on a weekly rollout schedule to give viewers more time to try out the featured apps between episodes.

Still, there are concerns that Apple, famous for its ad campaigns, faces a learning curve on entertainment marketing. The company did little pre-launch promotion for Planet of the Apps, instead opting to roll out the bulk of its campaign in the days after the show’s launch, a strategy more typical for tech products. And as with many new entrants, plans can shift. Planet of the Apps and Carpool Karaoke both were initially set for a spring launch, though official launch dates have been up in the air until recently. 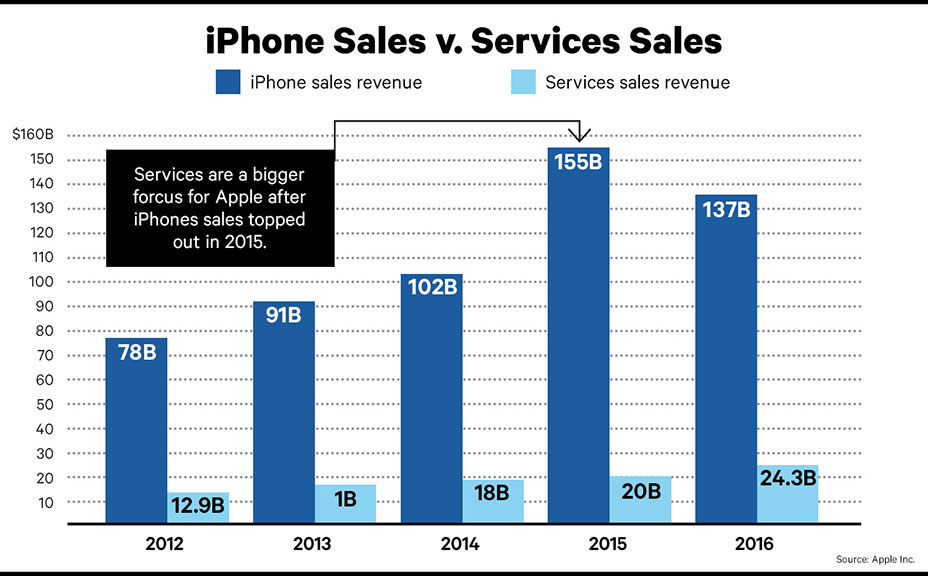 Eager agents still are figuring out how (and who) to pitch Apple, since it’s not always clear who’s making the final decisions: In addition to Cue and Iovine, content vp Robert Kondrk and music executive Larry Jackson are also said to have a hand in the process. And there’s the constant question of how far Apple is willing to stray from its music-first approach. “All of my clients are intrigued. They ask me, ‘Can I go to Apple?’ ” explains one top talent rep who packages projects. “I’m never sure what to say.”

Cue demurs when asked how these shows fit into a broader slate at Apple. But the sense in Hollywood is that Apple is waiting to see how these early launches perform before investing more heavily in content. When and if Apple is ready to make a more ambitious move, the company is likely to hire an experienced development executive (former HBO president Michael Lombardo is among those whose names have been floated), a move that would turn Apple into an instant contender for top-flight projects alongside premium cable and streaming platform buyers. Cue is said to be open to making a hire only if he finds the right fit.

So the focus for now is shepherding the first season of Planet of the Apps. Success, according to Cue, is simply creating a show that Apple Music fans enjoy. “It’s not like the floodgates are going to open,” says Silverman. “They’re going to be thoughtful and looking for opportunistic plays.” In the meantime, he says, the rest of Hollywood should be rooting for the show as if the future of Apple’s content strategy depends on it. 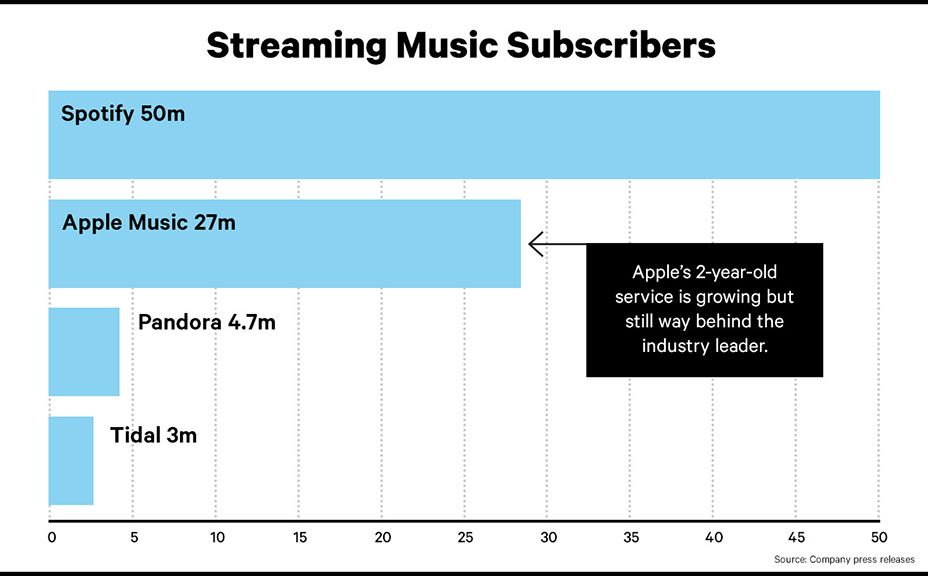 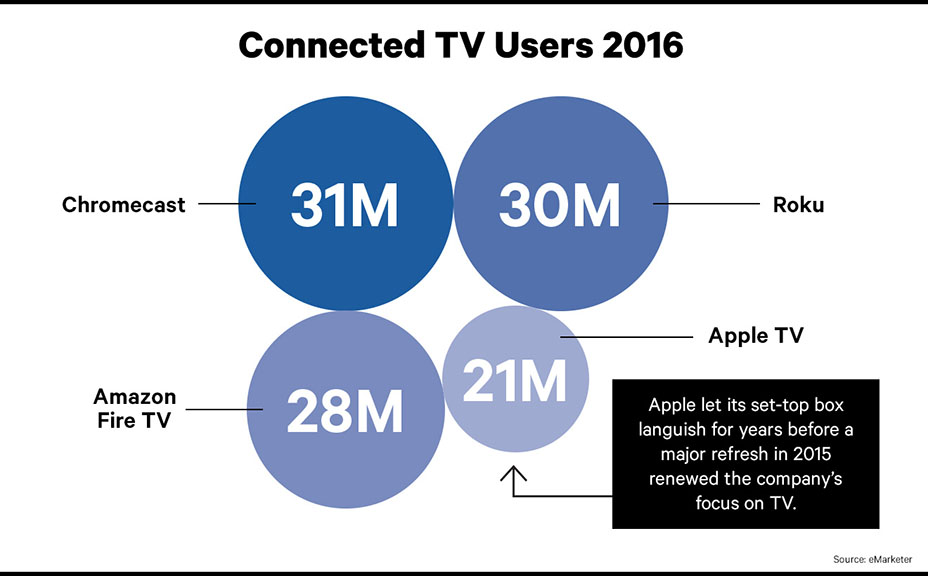