Is she channeling French Canadian songbird Celine Dion? Vengeful diva Beyonce in Lemonade? Or Michelle Pfeiffer in Scarface, as some social media users have suggested?

First lady Melania Trump stepped out in quite the statement hat Tuesday in Washington, D.C., welcoming French president Emmanuel Macron and his wife Brigitte to the White House.

Trump paired the white wide-brimmed topper with an asymmetrical belted white suit by Michael Kors, as first reported by CNN’s Kate Bennett, for a look that read fashion outlaw. The spotlight is on Trump this week as she fulfills the first hostess role, welcoming the Macrons for a state visit and the administration’s first state dinner tonight. 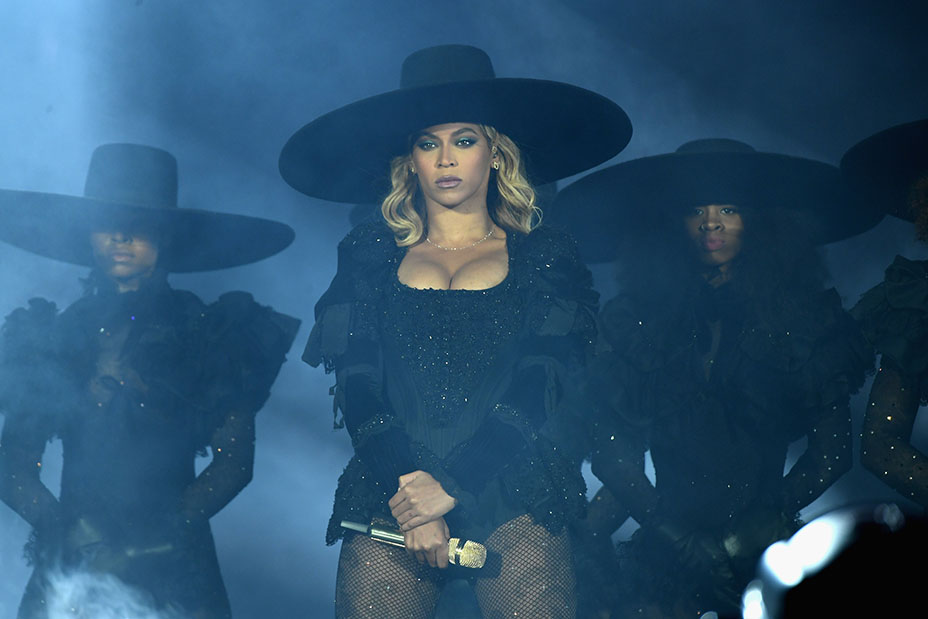 The hat was an odd choice but one that spoke volumes; for one, first lady Trump seems determined not to come across as a victim in the wake of the tawdry allegations against her husband. She is the proverbial lady in white, the innocent, perhaps, in the Washington, D.C., shit storm. The hat also is a reminder of her fashion chops, that she’s not afraid to stand out from the crowd in a $51,500 Dolce & Gabbana coat that costs more than what many Americans take home in a year, or to buck tradition and wear European designers while serving in the role of American first lady. 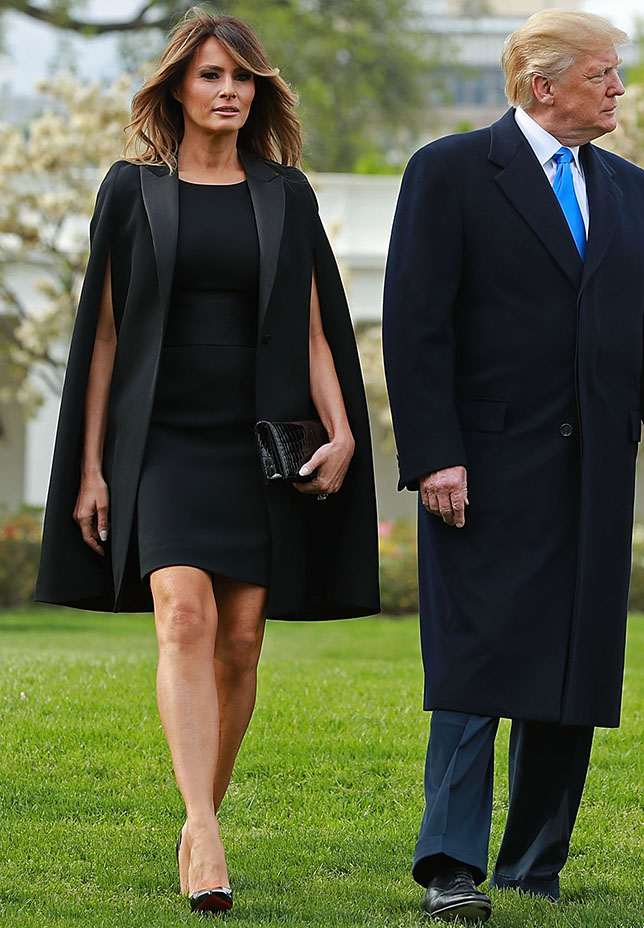 She did just that Monday, when she appeared in another outlaw look, a Dolce & Gabbana black tuxedo cape, when first greeting the French couple and welcoming them to town. The tuxedo cape, traditionally an after-5 look, which she wore during the day, also made her stick out from the rest of the Washington crowd. (A superhero?) She wore it over a black Givenchy dress that put her famous model-perfect legs on parade. The outfit was a little Melania (Dolce & Gabbana), a little French (Givenchy) and a little subversive, suggesting that all is not as it seems in America’s house.

We’ll see what she chooses for tonight’s state dinner.