Jamie Mizrahi has yanked Juicy Couture out of the country club.

The L.A.-based celebrity stylist turned designer, who consulted for the brand for a few months before being brought on as creative director in 2017, presented a fall collection Thursday that ditched the preppy rich kid look in favor of a moodier offering that could easily fill the void between out and out hypebae streetwear and the frilly, Gucci-fied trend of more is more.

In her debut collection for the brand last season, Mizrahi threw eyelet tunics and pleated, polka dot skirts into the mix of classic French terry track suits (which featured an updated, slightly tapered fit for 2017, of course) and smocked tops that L.A.’s it-girls devoured in the early aughts. OG Juicy Couture fangirl Paris Hilton, clad in a Peep-yellow custom suit when she arrived with a tiny pup tucked under her arm, granted her approval. 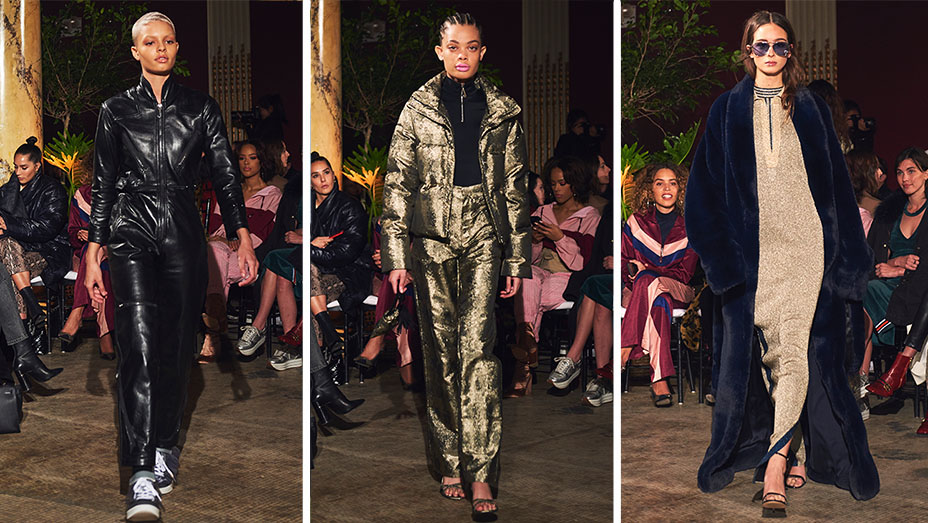 On Thursday, however, Mizrahi took Juicy to a new, dimly lit venue to present the brand’s first-ever runway show. The interior of Hotel Wolcott’s lobby had a gothic appeal with tarnished white columns and peeling gold-filigree drenched in orange light not unlike that of a suburban street lamp. The dingy space set the tone for a scrappier Juicy, one that’s ready to take to the streets in hot pink cropped puffers, sweeping floor-length hoodie capes or boxy, faux-fur trimmed leather coats.

“I literally want to steal everything,” Benson gushed to THR backstage after the show. “The jumpsuits are sick, the full leather outfits are amazing — Juicy’s obviously never done that before. Every look is so different and cool and so comfortable.” 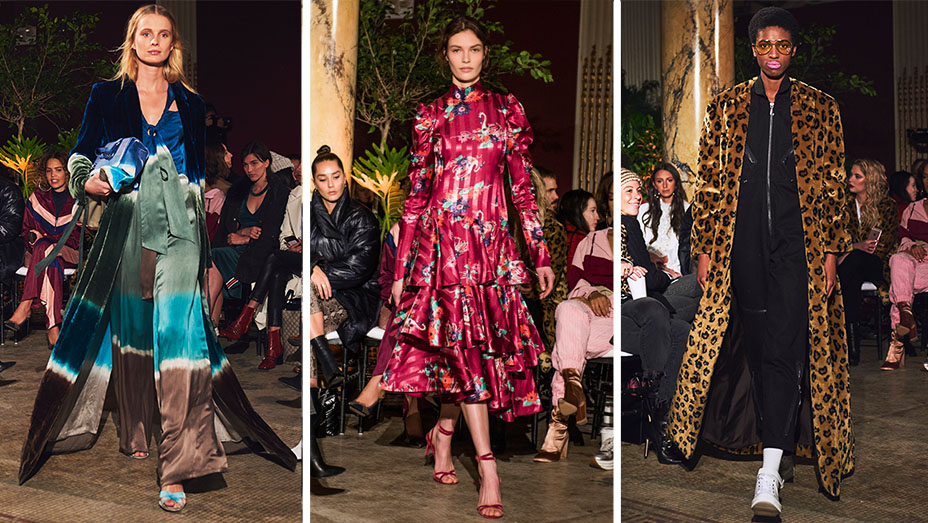 The opening ensemble, an oversize black tracksuit paired with a hooded gray cape that was covered in softball-sized translucent paillettes, was the first clue to the brand’s shift.

“Of course Juicy is always going to be fun and feminine and not take itself too seriously, but people expect it to be pink or preppy or a certain way,” said Mizrahi. “So I wanted to open by showing that we can kind of step into a different light as well. We can offer dresses, we can offer faux fur, we can do our track suits in different iterations. So there’s definitely room for a an all-black look with a French terry cloth hoodie fully lined with paillettes.”

With so many textures (leather! sequins! lurex! the forsaken French terry cloth!) and patterns (tie dye! leopard! an oriental-looking magenta floral!) happening on a range of daywear, eveningwear and athleisure, the ambitious 68-piece (!) collection could have easily devolved into a disjointed hodgepodge. However, Mizrahi managed to maintain a common thread rooted in a modern interpretation of “the last days of disco.” 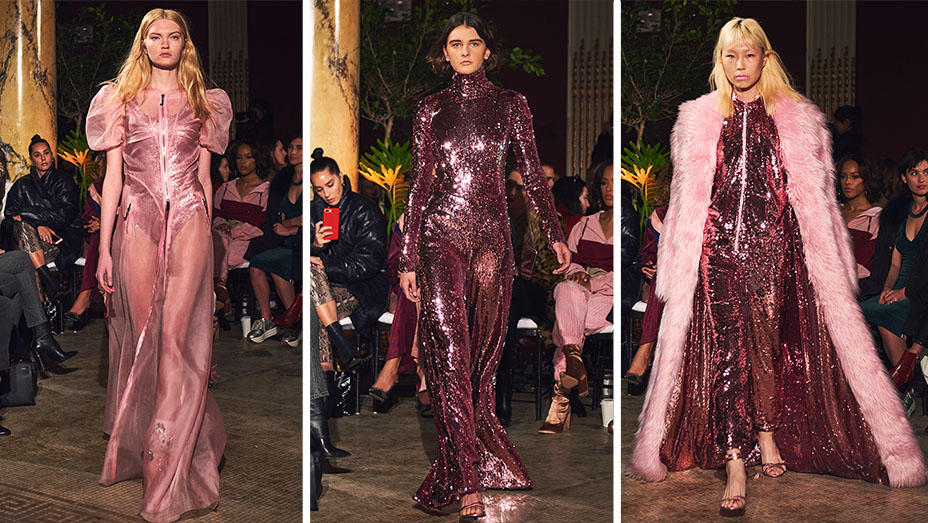 “I think that when people think of Juicy they think of the ‘90s, the ‘00s,” she said. “So when I was thinking of the collection, I was trying to see beyond that and not give people what they necessarily expect. I looked to the late ‘70s, early ‘80s — the last days of disco vibes, and it ended up feeling very modern.”

As for her first-ever runway show, the designer noted that it wasn’t without its hiccups. During the finale, which featured 34 different track suits, a few looks didn’t make it out to the runway. “It was a little crazy,” Mizrahi admitted. “But [a runway show] is really fun because you’re just doing everything for the first time.”