For three seasons, NBC’s This Is Us has chronicled the Pearson family’s personal struggles as they try to maintain a united bond. Though usually delivering lighthearted moments, Chris Sullivan’s Toby finally revealed the secret darkness he’s held inside. Whether battling depression or overcoming fear of fatherhood as he and Kate (Chrissy Metz) welcome their baby boy, Toby weathered various hurdles before having his glimpse of peace by the season finale. Sullivan, 39, spoke to THR about earning his first Emmy nom, why he was excited to depart from his character’s “bright side” and how the hit NBC show serves as a “handbook” for the audience at home.

How do you feel about getting your first Emmy nomination?

It’s kind of surreal. When you’ve been working for so long, the nomination is such a wonderful kind of bonus to getting to do what I love.

Mandy’s nomination was my favorite nomination that day, even more than mine. The work she’s been doing on this for the past three seasons has been hands down some of the best work on television today. So it’s about time.

How did you feel when you learned what was in store for your character this season?

I was really excited, actually, because the idea that any person or character is one thing is just not true. People have their upsides and downsides, their dark and bright moments, and when the show got going, all you really saw for a while was the bright side of Toby. Generally speaking, talk to any stand-up comedian, the people in this world who are the brightest and have the biggest smile often are struggling with a lot of things under the surface. So it was really exciting to explore him and give a well-rounded view of the character.

After learning what was in store for Toby, did it change your approach to preparation for playing your character?

No, I kind of always knew what Toby was going through. I’ve certainly gone through my fair share of anxiety and depression. When you’re in the good moments, you’re just experiencing the good moments. Until the writers let me know there’s going to be something different going on, I don’t really have to ship anything onto a bigger scale for him. It’s all part of the same process.

How did you decompress when filming heavy scenes?

I’m able to kind of shake that stuff off through mindfulness practices and through connecting with my wife, Rachel, and through my friends — reconnecting to the things I love. 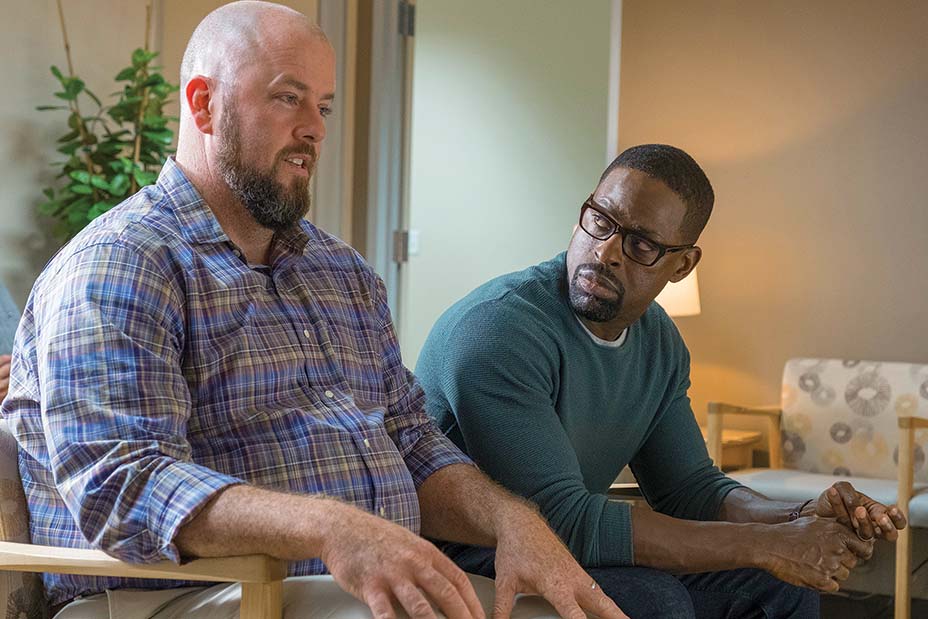 We get glimpses of Toby’s childhood, with his parents having a tumultuous relationship. Is there more story to tell with his past in explaining why he’s battling depression?

There’s always more to tell. It’s never just one thing. Our lives are a series of things that happen to us and around us, so I’m sure there will be other things that come up to be explored. I just have to wait for the writers to let me know what those are!

Toby and Kate’s relationship grew this season, with Kate ultimately becoming an anchor for him in some ways. How would you describe their relationship? Where do you think it’s going?

No matter what the relationship is, if it’s a healthy relationship, there is a swing back and forth to anchoring each other, grounding each other and to helping each other process the difficult times. We learn a lot about ourselves in those moments, but we learn equally as much about the other people in our lives and the people we surround ourselves with when we’re faced with adversity or suffering. It’s nice to see Kate and Toby reciprocating that type of grounding for each other.

What were your thoughts after learning how the birth of Kate and Toby’s baby would pan out?

I was very glad that baby Jack came through. I don’t think Toby and Kate could handle it, and I know the audience couldn’t handle it if it had gone a different way. When you’re first pregnant, you don’t want to talk about the idea that a miscarriage or premature birth is possible. The difficulties of things like that kind of get swept under the rug, and when they happen to us we are blindsided and think we are the only people going through it. The realization that it happens a lot and that it’s a foundational experience both for the children and the parents is an important thing to talk about. 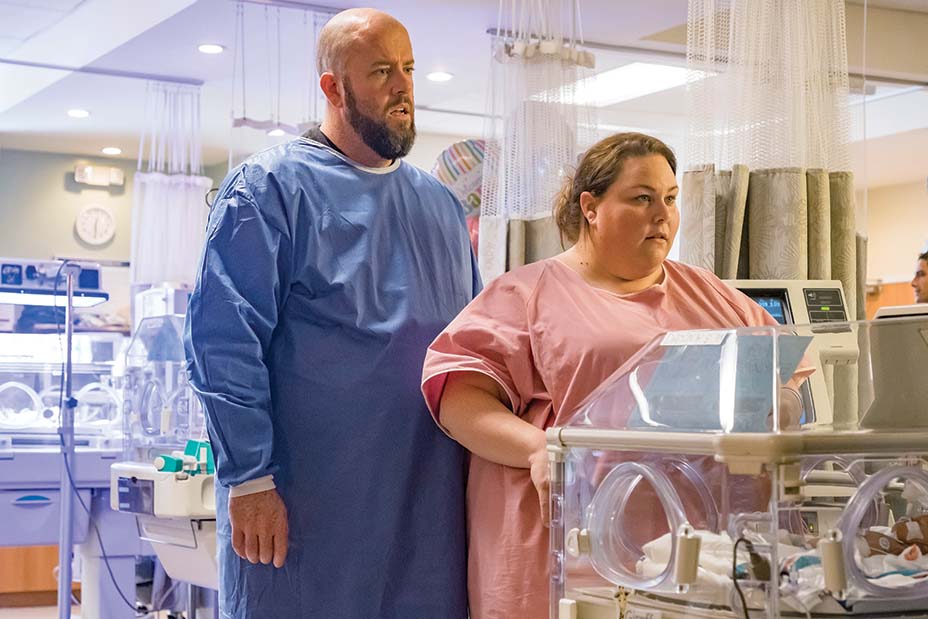 What was your proudest moment from this season?

My proudest moment this year would have to be the Emmy nomination, and not because I’ve been nominated for an award but because it’s a clear indication to the people in my life who have supported me throughout the years — my teacher, my parents, my family, my friends — that the sacrifices they have made were not taken lightly on my part. So hopefully through this whole process I’ll have an opportunity to express my gratitude again for them.

What would you hope for Toby’s arc in the next season?

I hope that Toby continues to get healthy for his child, stays on his meds, listens to his doctor and continues to connect with Kate in a more deep and intimate way. I hope he continues to be the breath of fresh air that everyone thinks he is.

This Is Us has been renewed for three more seasons. What is it about the show that really works?

The show talks about the things that none of us wants to talk about or knows how to talk about. It truly depicts a family with a lot of struggles, with a lot of dysfunction and addiction — and shows that the family is still a loving and intact supportive group of people. That’s not uncommon today. People are dealing with a lot of sadness, anger and fear and resentment and addiction. I think that the show is a handbook on how to navigate all those things, and that’s why it’s so important it’s on the air.