Continue to The Hollywood Reporter SKIP AD
You will be redirected back to your article in seconds
Skip to main content
February 26, 2017 3:09pm

Isabelle Huppert stepped out in a long-sleeve, shimmery nude gown at the 2017 Oscars on Sunday. 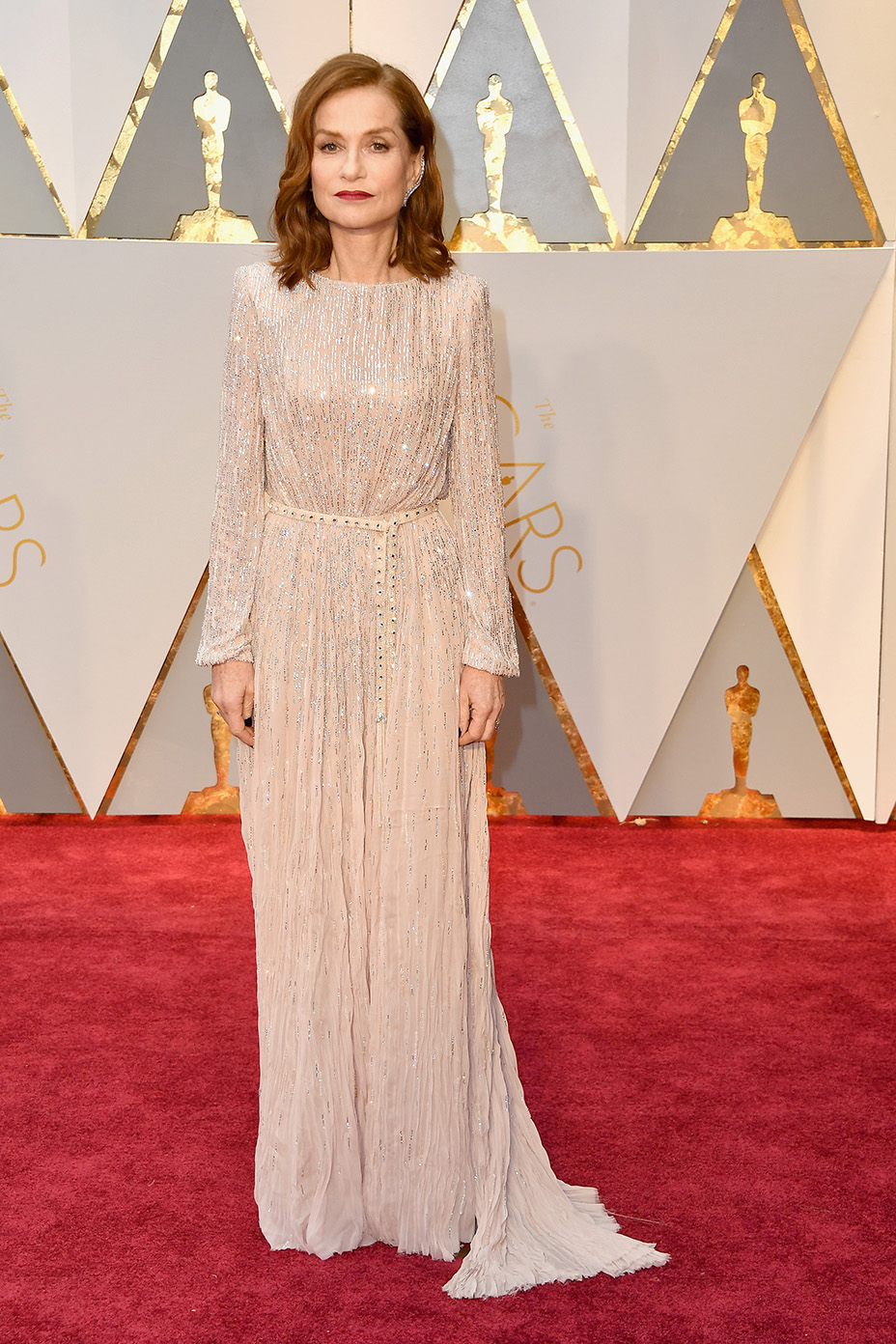 Huguet first started working with Huppert at last year’s Cannes Film Festival. “It was the start of our collaboration,” Huguet told The Hollywood Reporter.

“What I like about Isabelle is that she’s a fashionista, she knows the brands and designers,” he said. Although Huppert opted for a gown at the Academy Awards, she’s known for favoring pantsuits. “It’s not unusual for her to have this boyish style because she’s really close to houses like Armani, and Armani loves to play with the masculine wardrobe on women.”