Ivanka Trump’s fashion brand made headlines last week when it was confirmed that the upscale retailer Nordstrom would be dropping it starting with the fall 2017 season.

Savvy shoppers soon found the Neiman Marcus website, which previously carried Ivanka’s fine jewelry collection, was also Trump-free, though the luxury retailer clarified that some brick-and-mortar stores do still carry it on a consignment basis.

But reports of the death of Ivanka’s brand, which is still carried by Macy’s and Amazon.com, may be premature.

There’s quite a bit of stock available at the nation’s top discounters, too, including Nordstrom Rack, Saks Off Fifth, Marshalls and TJ Maxx.

At the Beverly Connection on Saturday, there was Ivanka Trump clothing and shoes in all four retail outlets. 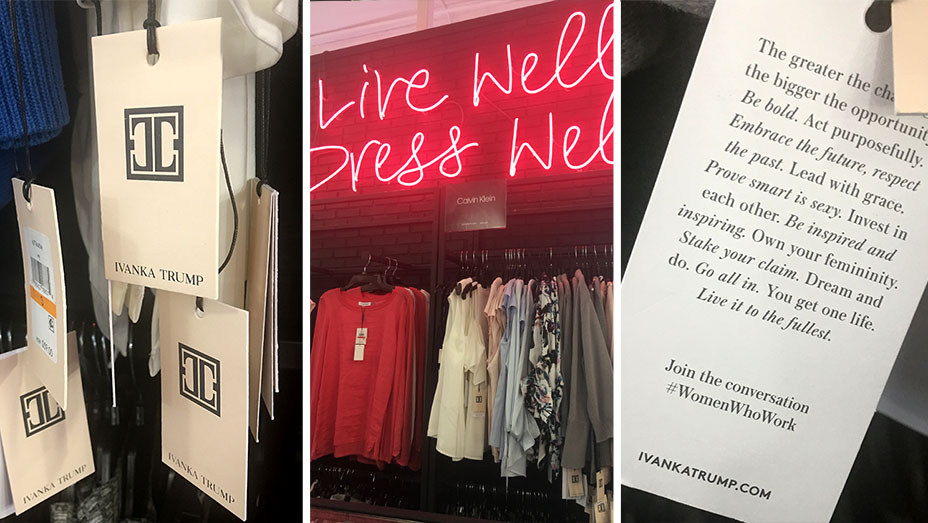 “I had been avoiding stores like Saks Off Fifth and Marshalls because they carry her brand,” said a fitness instructor from Los Angeles. “I noticed that all the stock seems to have been pushed into a corner in the back.”

At Saks Off Fifth, the brand’s merchandise was selling at 49 percent off, with a black lace peplum top for $39.99, an ivory ruffled sweater for $44.99 and a sleeveless black dress with gold hardware detail for $69.99. There wasn’t any signage advertising the Trump brand. In fact, the clothing was hanging under a sign that read Calvin Klein.

As for Saks Off Fifth, the L.A. store boasts clothing and accessories by nearly every fashion label under the sun, including Prada, Valentino, Dries Van Noten and Hermes, yes, Hermes, including a $15,000 Birkin bag. 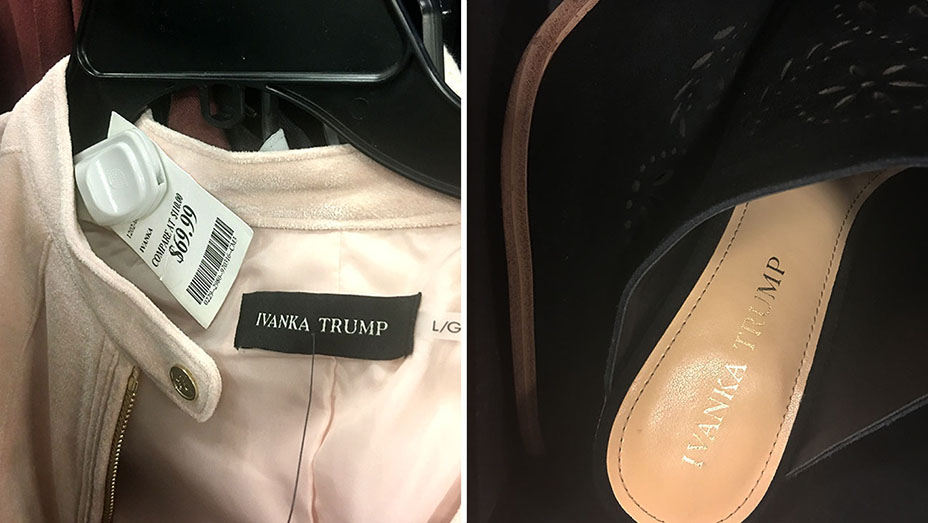 Meanwhile, at Marshalls, Trump items were mixed in next to career wear by Jones New York and Ralph Lauren on overstuffed racks.

I asked a customer browsing a petal pink faux suede $69.99 Ivanka Trump biker jacket if she cared who designed it. “I mean, what did she ever do to anybody?” the shopper said. “I actually tried it on. It was really cute but it was just a little too big for me.”

TJ Maxx had a few Ivanka pieces mixed in with items by Joie and Tory Burch, and at Nordstrom Rack, I could only spot a lone pair of shoes, a pair of black suede mules for $89.97, down from $160.

Rosemary K. Young, senior director of marketing for Ivanka’s brand, put a positive spin on things when reached Monday, saying, “The Ivanka Trump brand continues to expand across categories and distribution with increased customer support, leading us to experience significant year-over-year revenue growth in 2016. We believe that the strength of a brand is measured not only by the profits it generates, but the integrity it maintains. The women behind the brand represent a diverse group of professionals and we are proud to say that the Ivanka Trump brand continues to embody the principles upon which it was founded. It is a company built to inspire women with solution-oriented offerings, created to celebrate and service the many aspects of their lives.”