Ivanka Trump’s first free-standing brick-and-mortar store will be inside the gilded fortress of Trump Tower.

The retail space, set to open this fall, marks the Ivanka Trump brand’s first stand-alone store for apparel and accessories. Though the brand previously opened a jewelry store in SoHo in 2011, the space was shuttered in 2015. As of now, Ivanka Trump products are only available at department stores including Dillards, Macy’s and Lord & Taylor. (That list no longer includes Nordstrom, which stopped carrying the brand’s products earlier this year after reporting poor sales.) Ivanka Trump herself stepped away from the brand earlier this year to avoid a conflict of interest and to take a position as an unpaid advisor to her father in the White House. 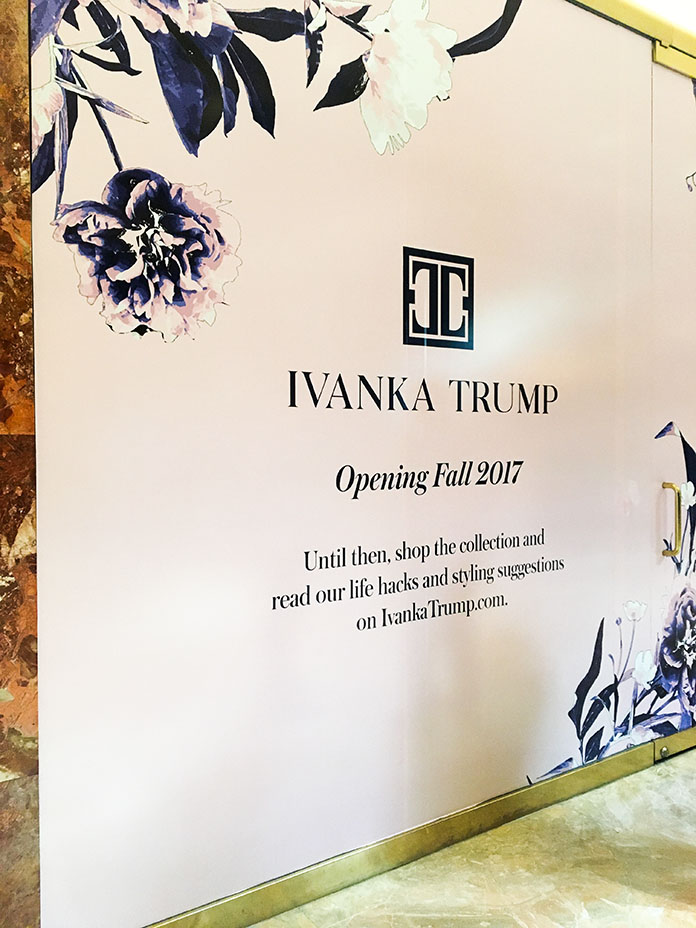 According to the blush pink signage for the new outpost, the store will be located in the lobby just past the TSA-like metal-detector (behind the armed NYPD guards — you can’t miss them, they’re wearing helmets) and directly across the way from Trump Bar.

On Thursday afternoon, Trump Tower was humming with tourists, including a few families who chose to have their photos taken in front of the Ivanka Trump sign. A man wearing a baseball cap, red T-shirt and shorts posed with two-thumbs up in front of the sign while his wife, accompanied by two small children, took his photo. Whether or not the pose was in jest was unclear — when asked for comment, the woman waved her hand vigorously back and forth to indicate that no, thank you, she would not be willing to speak to a reporter. Several others milling about the mall also declined to speak, eyes wide and wary at mention of the words “story,” “reporter” and “Trump.” 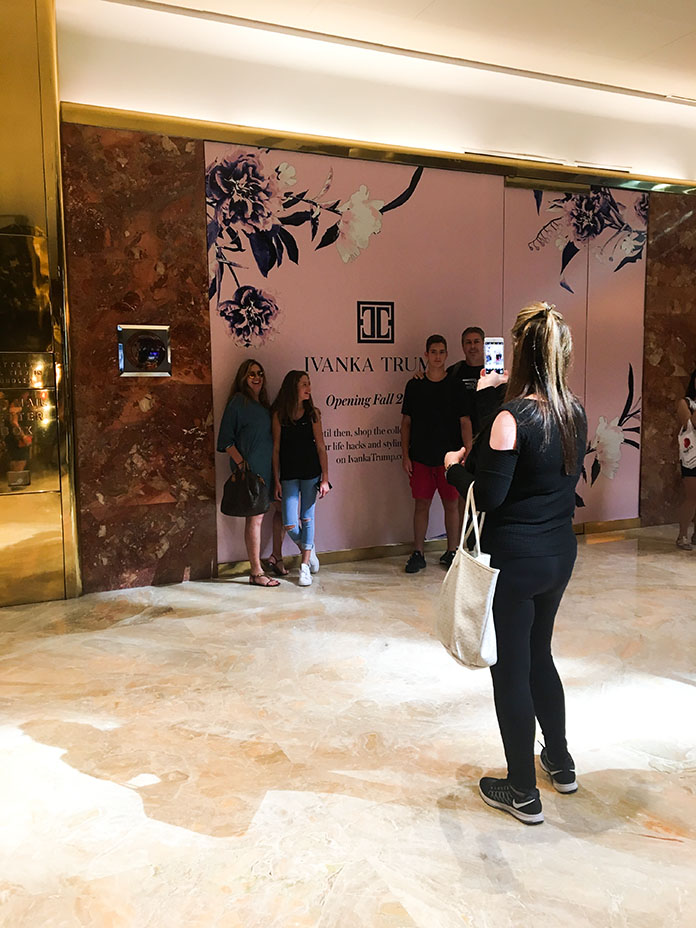 Another family, speaking a Slavic language, took a turn in front of the wall next. The photographer, who wrangled her subjects with brusque commands, shooed a pair of Mandarin-speaking women out of the frame to get her shot. The women had also been fawning over the Ivanka Trump sign and been unaware that they were interrupting the photo op.

Even with its rust-colored marble walls and shiny gold-plated everything, the Trump Tower lobby has the air of an international airport terminal. Tourists from across America — nay, the globe — speak in a multitude of languages and accents, wear everything from bro tanks to hijabs, and sip the international beverage of choice — Starbucks, located one floor above the new Ivanka Trump store — while snapping photos of just about everything emblazoned with the name “Trump.”

While it’s unclear if the visitors to the Ivanka Trump store will be genuine fans or just curious, snap-happy passers-by, the foot traffic to the store will no doubt be plentiful.