Ivanka Trump paid homage to Americans in Paris with her fashion choice for the French State Dinner in Washington, D.C., on Tuesday night, while first lady Melania Trump went with the granddaddy of French fashion.

The first daughter chose a pink tiered polka-dot dress by Rodarte, the brand started by Los Angeles sisters Kate and Laura Mulleavy, who showed the dress along with the rest of their collection in Paris during haute couture fashion week in July 2017. 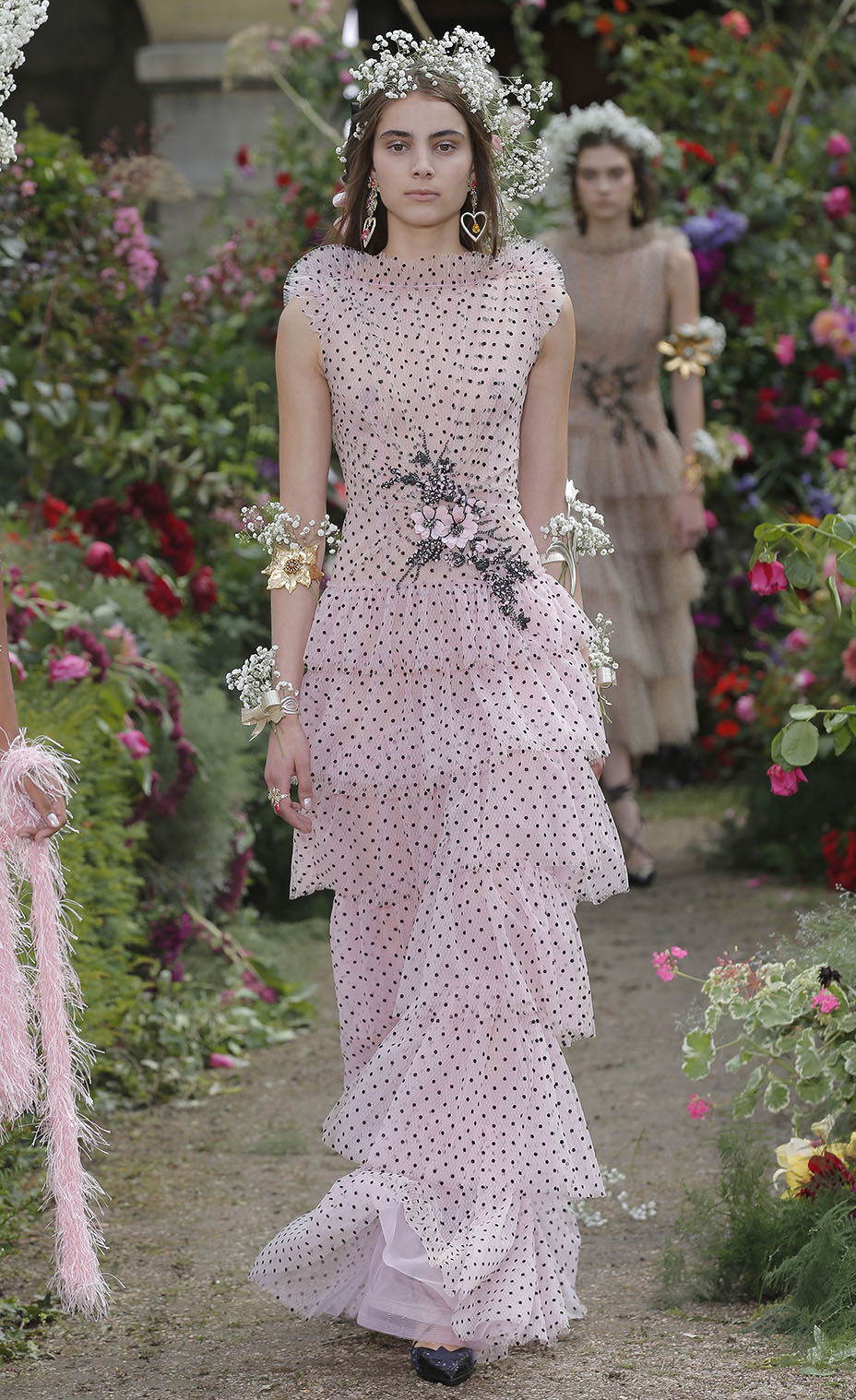 Meanwhile, Melania chose a Chanel haute couture dress by Karl Lagerfeld, the colorful designer who made waves last week when he told Numero magazine that he is “fed up” with the Me Too movement. 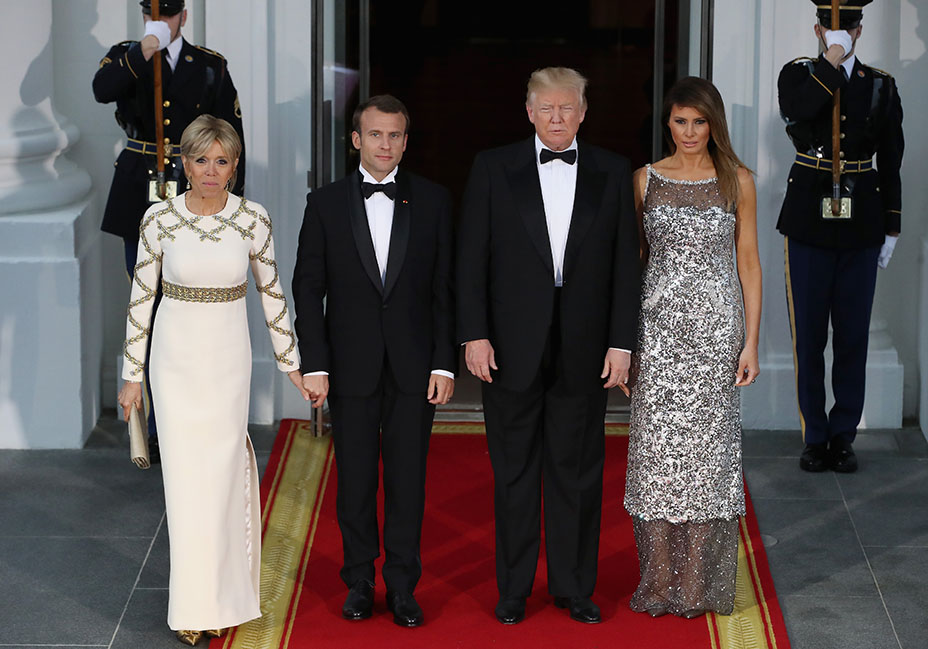 Lagerfeld has voiced his share of controversial opinions in recent years, on everything from Adele’s weight to Kim Kardashian’s 2016 robbery. Melania’s hand-painted silver-and-gold, crystal-embroidered dress appears to have been adapted from a jumpsuit style that came down the runway in January.

Although fashion houses often send out press releases when celebrities and political figures wear their designs, neither Rodarte nor Chanel issued a statement about the state dinner looks, which were presumably purchased, rather than loaned. Rodarte gowns cost several thousand dollars, while made-to-order Chanel couture creations can run $50,000 or higher.

Melania Trump made headlines earlier Tuesday for wearing an all-white statement hat that social media users said made her look like Beyonce or Scandal‘s Olivia Pope, while welcoming the Macrons to the White House and touring a Washington, D.C., museum.