Homeless men pushed carts in front of the Hollywood Palladium on Saturday evening, while inside the theater, stars were determined to help end such homelessness among youth.

The attendees dined on golden beet carpaccio, red wine short rib with mushrooms, white cauliflower lasagna and Alaskan salmon with sesame, all before three-time Grammy nominee Lukas Graham kicked off the night by performing his hit song “7 Years,” accompanied on the piano.

“I chose to wear a very special T-shirt,” Graham said. His shirt, which read “køber” (“buyer” as he explained), is from a homeless newspaper in Copenhagen that he purchases. 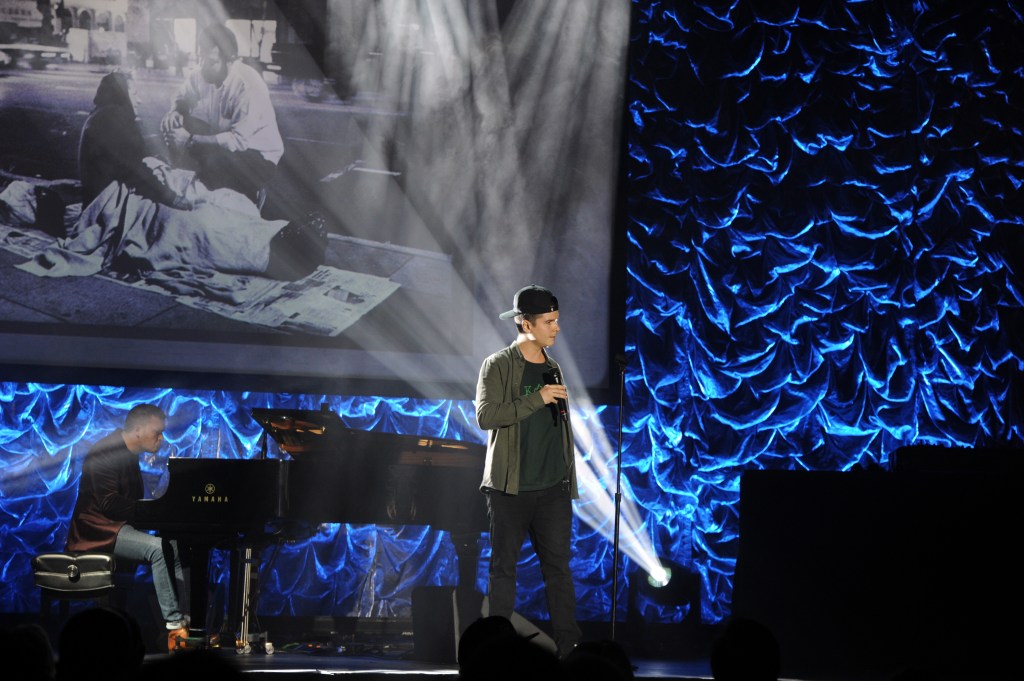 Black then dove into his opening monologue, declaring that if Jesus was here, he’d be a big fan of My Friend’s Place.

“He wouldn’t be shipping kids out. He’d be helping kids out, am I right? In fact, you know Jesus would be a full-on bleeding heart liberal,” Black said to the crowd. “What do they call us? Snowflakes. He’d be a full-blown snowflake. The OG snowflake.”

Black told The Hollywood Reporter, “The city’s been very good to me personally, obviously. … People from all over come here to stake their claim on the magic, and along with that comes a lot of people who fall between the cracks and need a helping hand, a lot of homeless people who didn’t choose that lot in life.”

The helping hands indeed came from the night’s honorees. MFP executive director Heather Carmichael introduced Cyrus with tears in her eyes, as a video clip depicted how the Happy Hippie Foundation — created by Cyrus in 2014 — helps teens through jewelry, design and music programs at MFP. 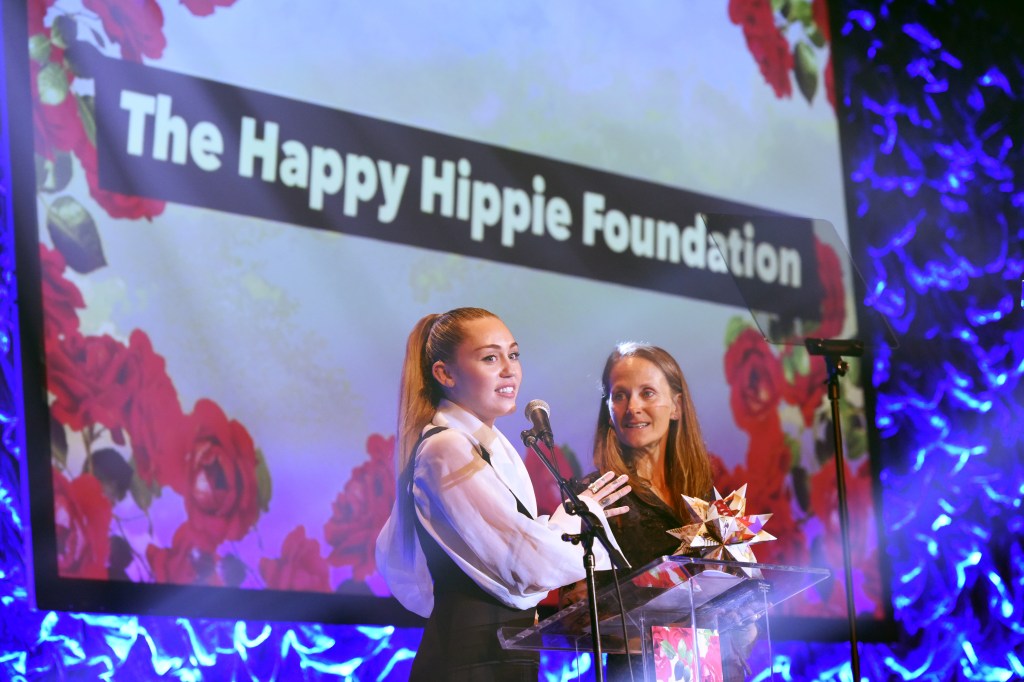 Cyrus approached the podium to the song “Party in the USA,” saying, “This is the coolest moment ever. … I remember four years ago, walking into My Friend’s Place right here in Hollywood, where I call home, and I felt this energy and passion and acceptance that was so contagious that it completely changed my life forever.”

Cyrus thanked the staff — her “heroes, allies and friends” — for encouraging young people to feel empowered to build their own self-sufficient lives. “Being a part of building up the music program at MFP has obviously been a major highlight for me,” she said. “After one of my visits, I literally drove around in my car with their original songs stuck in my head. My Friend’s Place was a seed that grew to become the Happy Hippie Foundation. It didn’t exist before My Friend’s Place. We are one.”

Staffers returned the love. Erin Casey praised Miley for helping children dream and heal through relationships and creative expression: “We all know that a young person experiencing homelessness feels a certain amount of shame for their circumstances — however, they are not ashamed to come to a center that they know Miley Cyrus believes in.”

Cyrus also supported the cause by bidding in the live auction and scoring dinner for two at Waters’ restaurant Chez Panisse for $20,000, along with two other winners.

In the lobby, guests bid in the silent auction for a bounty of industry prizes, including four passes to Universal Studios Hollywood, a DC Comics Collectors Package, four park-hopper Disney passes, two VIP tickets to The Ellen DeGeneres Show and two VIP tickets to Jimmy Kimmel Live!, among others.

Stars talked to THR about their continued support for MFP, including Fernandez, who recently visited the facilities, and Gianniotti, who raises money through autographed medical scrubs and obstacle-course events.

“Tonight we look homelessness square in the face and say, ‘Not in our city, bucko!’” Black said onstage. “So let our voices be heard from the farmers markets of Santa Monica to the farmers markets of Eagle Rock, from the pressed juiceries of Robertson Boulevard to the aroma cryotherapy improv theaters of San Vicente. This is our city. We must care for it and nurture it.”