“Looking back, I see why everyone was like, ‘Yo, this kid sucks,’ ” says 20-year-old social media phenomenon Jake Paul. ” ‘Cause I look super immature.”

He’s referring to a local Los Angeles news report from mid-July that went viral — as so many things do for YouTube personalities with more than 9 million followers — and led to his abrupt dismissal from the Disney Channel series Bizaardvark, announced July 22 in a statement that offered the departing star “best wishes.” KTLA had sent a crew to investigate reports that Paul and his YouTuber housemates were making a nuisance of themselves, lighting fires in a drained swimming pool, mounting dirt-bike drag races outside their $18,000-per-month rented house in Beverly Grove and drawing crowds of fans outside the Kilkea Drive residence. Paul and his posse responded by ambushing the reporter with a T-shirt cannon, climbing on the roof of the KTLA van, then mocking the reporter’s unremarkable shoes (a callback to a popular 2015 meme).

The other families on the block, mostly established pros working in the entertainment industry, are currently mulling a class-action lawsuit against the internet star in yet another ugly L.A. turf war, this one pitting old media against new. 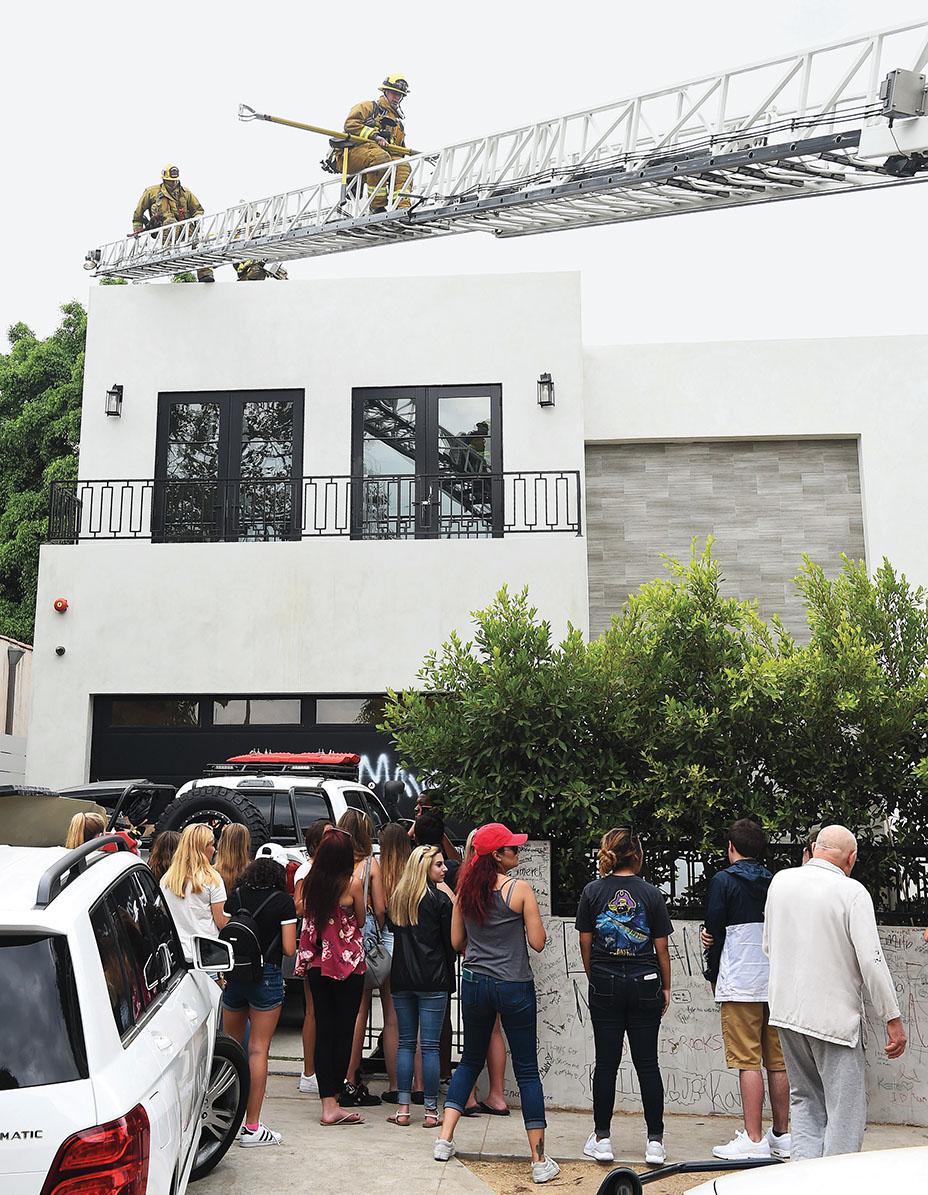 “But,” adds Paul, rallying to mount his own defense, “we’re not even that loud. Like, yes, we had a furniture fire get out of control in our backyard one time. But that didn’t harm a single person.”

His is not the face of a teen idol. Lantern-jawed and nose askew, his hair a frizzy peroxided mop, if anything Jake Paul is a poster child for bratty little-brotherdom. And no one knows that more than Logan Paul, his elder sibling by two years, with whom Jake grew up in Cleveland, Ohio. Their father, Greg, is a real estate agent; their mom, Pam, a nurse.

The Pauls were in every way a typical middle-class American family. Both hyperactive boys played football from a young age. Jake was a bit of a class clown, but “wasn’t the crazy kind of obnoxious kid that doesn’t shut up,” he notes. In 2007, when he was 10 and his brother 12, his dad gave the boys a video camera. Turned out to be a wise investment. “We started recording videos around our house, like doing dumb stuff,” recalls Jake. “Going four-wheeling or whatever. Then we found out about YouTube and fell in love with it and started uploading our videos.” And so it went for the next few years, during which the brothers developed a following that numbered in the dozens. “Our friends were the only ones watching,” he explains. “But they thought we were hilarious. So it became like a hobby of ours. There’s really nothing else to do in Ohio.” 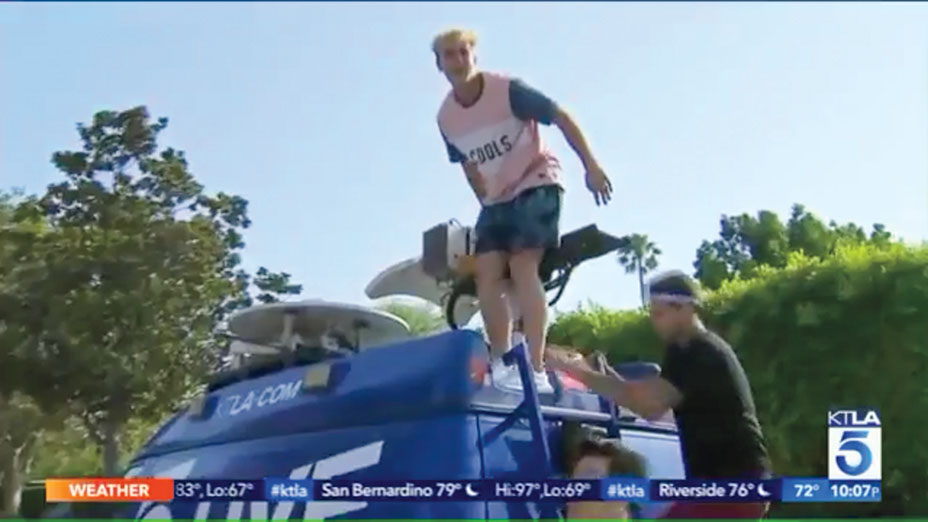 By the time Jake was 17, he and his brother both had developed such a large Vine following that brands like Burger King were offering them lucrative sponsorships. At first, Jake saw the videos as a means to pay for college. But as the money began to accumulate — the brothers were each already earning in the low-six figures — college seemed like less and less of a priority. Instead, Jake set his sights on Hollywood. “I finished my junior year of high school and flew out to Los Angeles,” he says. “I didn’t know the difference between a manager and an agent. But I got here and just started hustling and meeting anyone I could.”

Leveraging his internet celebrity, he began to land parts: first in a YouTube Red movie, then a Fox Digital movie and then in his 2015 breakthrough role on Bizaardvark (not much of a stretch as it revolved around a couple of teenagers who make it big with funny online videos). But the move into terrestrial media was a calculated one for Jake, who has a big-picture vision for his career: “I knew I always wanted to be 50 percent social media and 50 percent traditional media. Because I believe the stars of the future will need both.” Even while shooting his Disney show, Jake continued feeding his YouTube channel, posting a video diary that chronicled his daily exploits. Like the time he and some pals created havoc at a Target, singing the “Happy Birthday Song” into the store’s PA system and tossing sporting goods at each other in the aisles.

Predictably, Disney was not a fan of Jake’s online antics. “I was becoming edgier with my content,” he says, describing one incident in which he “put a middle finger up in a video for literally half a second.” He started receiving angry emails from the talent relations division at Disney. “I don’t know if they were having someone scan my videos full-time, but I’m guessing they were,” he says. “There kept on being moments like that every few weeks.” 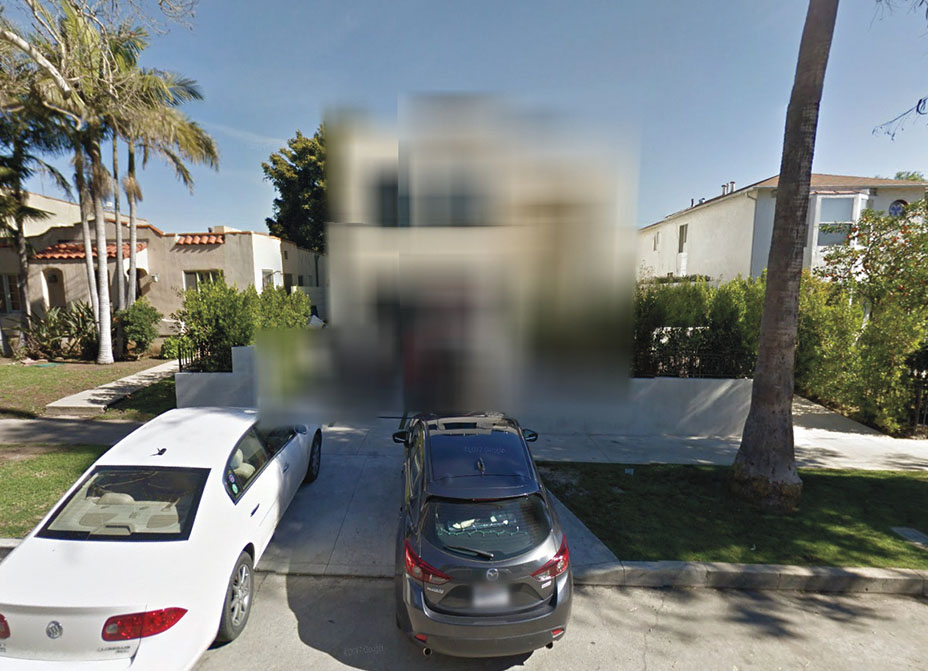 Friction mounted, but Jake’s non-Disney enterprises continued to flourish, with money coming in from sweatshirts and other merch he peddled on his website. In January, he launched Team 10, an attempt to “replicate what Dr. Dre did in the music industry in the social media business,” as Jake calls it. The talent and marketing company grooms new YouTube talent, many of whom live with Jake in the house and use it to shoot the content that has caused his neighbors so many headaches. While Jake concedes the fan situation outside the home has gotten out of control — “They are yelling at the neighbors, they’re in the street, they’re chanting my name and taking up parking” — he insists it’s not his fault. “I have made multiple videos telling fans not to come to our house,” he says. “I feel like a zoo animal.”

For Disney, the KTLA news segment was the final straw: Jake was dismissed from the show. “They basically called me and were like, ‘Yo, what’s going on, what’s going on?’ ” says Jake. “And I just explained the situation, and they were like, ‘OK. We want to expedite this process of weaning you off the show.’ And I was like, ‘Yeah, that’s fine. But it’s going to look like you guys fired me.’ And they were like, ‘We can say that we mutually parted ways and blah, blah, blah.’ And that’s the reality of the story.” 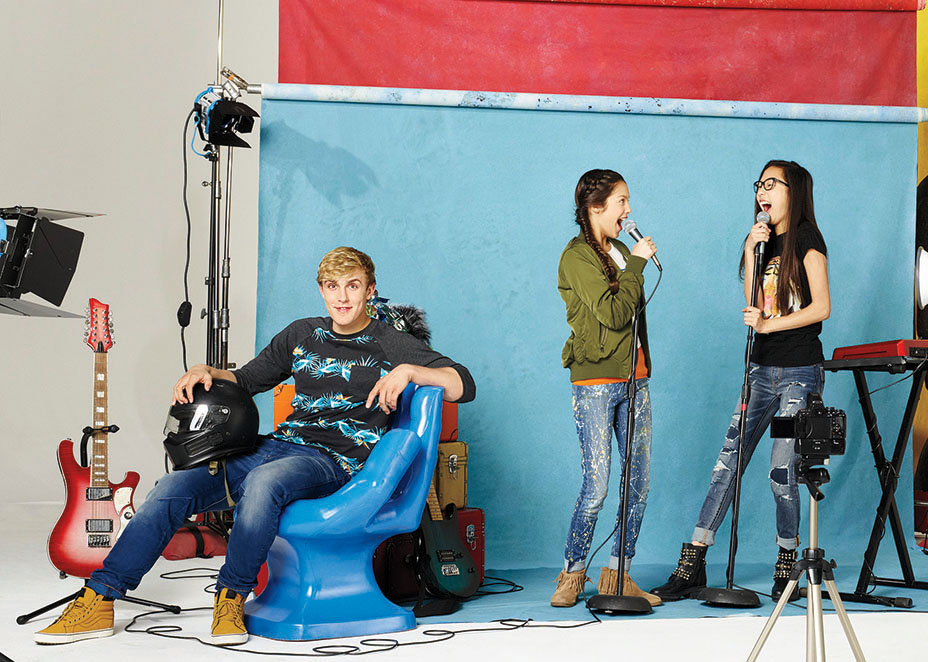 If the firing is a career setback, Jake is not letting on. In the month since he left Bizaardvark, he was tapped to host the first-ever Teen Fest, a three-hour music festival that aired on YouTube in conjunction with the Aug. 13 Teen Choice Awards on Fox. He won two “surfboards” that night, for top music web star and YouTuber (while Logan, who lives in Hollywood and has an equally popular parallel vlogging career, with 10 million followers, won for comedy web star and best male star). Jake took the opportunity to address his recent controversies in his acceptance speech. “The past few months have humbled me,” he told the legions of “Jake Paulers” who voted for him. “I have to be more mindful of my actions and words and how they impact others.”

Jake is currently bringing the show on the road, having just completed a two-stop mini tour, with 13 more dates set for October. Also, he is hunting for a new house.”The problem is, we can’t put my name on the lease,” he says. “Because if they look me up now, then they would see all this bad stuff.”