As a child, director/writer/producer Will Gluck heard the Peter Rabbit stories from his parents, and then read the Beatrix Potter tales to his kids as well. Gluck told The Hollywood Reporter he wanted to honor the original story and in fact sent drafts to the Beatrix Potter estate. The goal wasn’t to modernize or change Potter’s characters — Gluck “considered every decision carefully.”

“We just kind of brought it to life and gave him a new adventure,” Gluck told THR. “There was a balance about thinking every step of the way, ‘Would this have been in the Beatrix Potter canon?’”

Corden, who voices Peter Rabbit, said this is first time the Beatrix Potter estate has given permission for a film to be made, “because they felt it truly honored the character and paid homage to so many vignettes across her books.”

The books stood out to Corden because, as a kid, it was the first time he’d read a story with a naughty leading character. In the film, Peter and his sisters Flopsy (Robbie), Mopsy (Elizabeth Debicki) and Cottontail (Daisy Ridley) ransack Mr. McGregor’s mansion and set traps on his nightstand, all made funny by Gleeson’s physical comedy.

One addition, however, is the character Bea (Byrne), the rabbits’ friendly next-door neighbor who serves as their mother figure and protector against the control-freak Mr. McGregor (Gleeson), who rigs electrical systems and dynamite to keep the rabbits out of his newly inherited garden.

“It was our small little way of kind of a nod to ‘maybe that’s Beatrix Potter, maybe it’s not.’ We’re not saying it is,” Gluck said. “But I also wanted to do a romantic comedy between Rose Byrne and Domhnall Gleeson.”

Both Byrne and Gleeson told THR working together was one draw of the film, especially given that their rabbit co-stars were created with CGI effects. “It’s challenging; you really have to channel your inner child and go back to your childhood,” Byrne said. “(And) take a leap of faith that what you’re doing is ultimately going to make sense.”

As for Gleeson, he joked, “I was terribly jealous of the fact that James [Corden] was in an air-conditioned room in Los Angeles, while I was throwing myself around in the Sydney sun.” 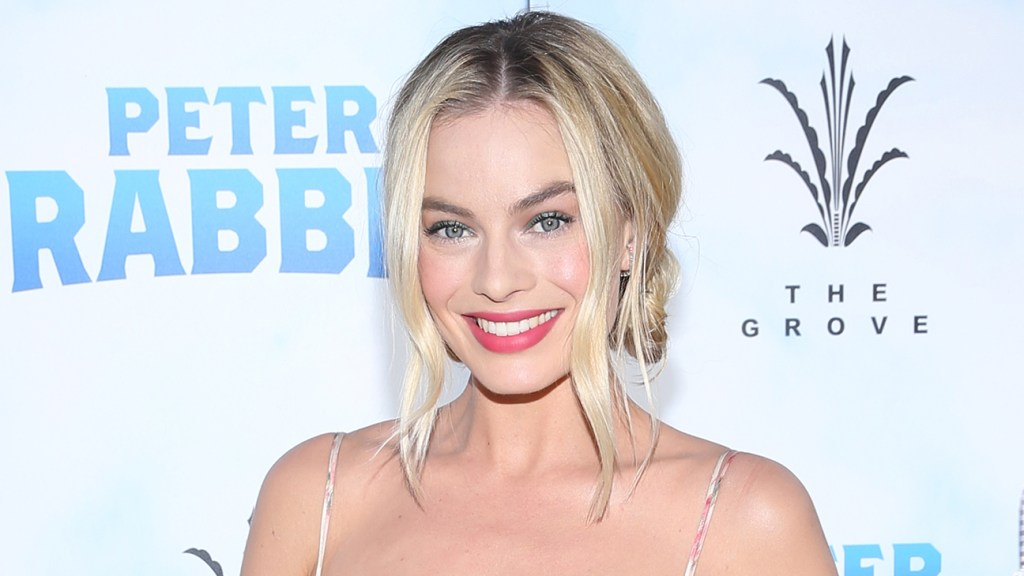 Stars at the premiere were there to pay tribute to Potter’s nostalgic stories, celebrating what Byrne called an “iconic” and “timeless” tale.

“The notion is to make kids laugh. Kids laughing uncontrollably is funniest sound in the world and makes me happier than anything else,” Gleeson said. “So I thought if I could be in a film that did that, it would be pretty special.”