“I’ve met presidents and famous people all over the place,” says Endgame chairman and CEO James D. Stern, whose brother Todd Stern served as the U.S. Special Envoy for Climate Change under President Barack Obama. “But I was more nervous to have dinner with Robert Redford than I’ve ever been to meet anybody else.”

Redford stars in Endgame’s The Old Man & the Gun (out Sept. 28), marking what the acting legend has said will be his final performance, as a bank robber opposite Casey Affleck and Sissy Spacek. It’s the second time that Stern, 61, has produced a movie with Redford, following 2017’s Netflix sci-fi drama The Discovery. In fact, the Redford dinner took place after the Sundance founder caught wind of Stern’s latest directorial effort, American Chaos, and wanted more details. For the doc, which Sony Pictures Classics released Sept. 14, Stern embedded with Trump voters during the 2016 election, capturing a POV beyond what he calls the Hollywood echo chamber.

A Native Chicagoan, Stern got his start in film after he wrote the script for and wound up directing the 1999 Joan Allen-Jeff Daniels starrer All the Rage. He launched Endgame in 2002 as an indie production and finance company, and now oversees a staff of 10 in the company’s Beverly Hills offices. Endgame’s diverse slate over the years includes crowd pleasers like Harold & Kumar Go to White Castle and Oscar bait like An Education.

THR talked to Stern about his desire to understand Trump voters, how Netflix impacts his business model and why Fox News is “essentially like Pravda.”

Telluride: Robert Redford Turns on the Charm in 'The Old Man & the Gun'

What made you decide to direct American Chaos?

I’ve directed a bunch of docs over the years, political as well, and I’m a bit of a political junkie. Being in the L.A. echo chamber, I was really struck that people in my circle were rooting for Trump [early on] because they thought that he was so beatable for Clinton. So when he won the nomination, they thought, “This is great. Hillary’s going to be president.” I felt quite differently. I thought that he was a dangerous figure with a really strong base. I have a daughter who is in college, and she was so certain that she was going to vote for the first woman president, and when I said I didn’t think so, she would say, “That’s impossible. Why do you think that?” And I thought, “I need to go find out.” I thought that there was a story out there, and I didn’t think it was being told — and still kind of isn’t. We can yell at each other and cast aspersions and say, “Those people are idiots. Deplorable. They’re fools.” I never felt that way.

Have you experienced backlash for giving Trump voters a platform?

I’ve experienced so much backlash. I did an interview for a radio station, which will remain nameless. The guy was like, “How could you make this documentary? How do you listen to these people?” And I said, “Well, that’s exactly what they say about you. So where do we go from there? How does that resolve itself?” We are in a really, really pernicious time brought on by two huge factors. The first is, because of the divisions in media, people can listen to their own media outlets in a way that allows them to not take in other people’s facts, right? That never happened before. Now you have people who don’t even acknowledge the other story because they don’t believe it exists. It’s getting more frantic because of the [midterm] election coming up. And also because of the absolute chaos and madness of King Lear’s administration. Second is campaign finance. You have people who are just funneling tens of millions of dollars into campaigns because they have single issues that they’re concerned about and don’t really care about the rest of it, no matter what the hell happens. 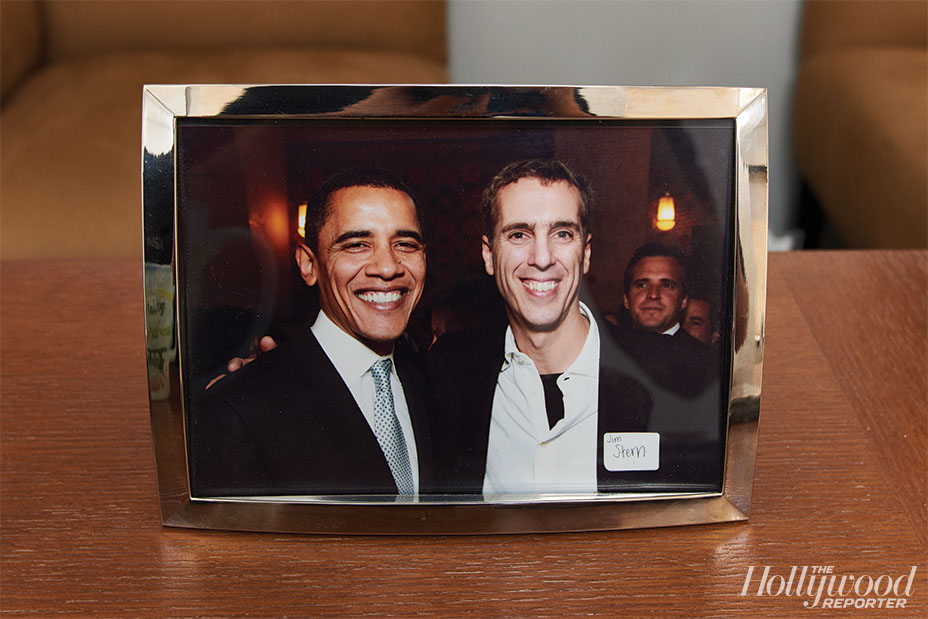 What was the biggest surprise about Trump voters?

The religious hypocrisy. You know, all the [Trump] affairs. I’m sure he’s probably paid for dozens of abortions, and you give all that a free pass simply because you think that he’s going to stack the court, and you’re going to get Roe v. Wade overturned. To me, that’s a really hard pill to swallow.

You also directed the political doc So Goes the Nation. From your perspective, how has the political conversation devolved since 2004?

I go back to the idea that Fox News has become so dominant and the internet so pervasive that you can sit and talk to someone and they say things that are categorically not true. This is a network that is essentially like Pravda in the Soviet Union.

I am flexible in terms of the business model. I don’t think my business model today is the same as it was [before] because of the advent of the streaming services. It has changed because the idea of opening something theatrically is different. The idea of performance at the box office is so different today than it used to be. Foreign sales are different because foreign sales were all driven off of foreign television, and foreign television is now being dominated by Netflix. That’s only going to increase. I’ve done three features and a television series with Netflix, which have all been great. It’s as good a time for content as I’ve ever seen, so that’s the big positive in all this. 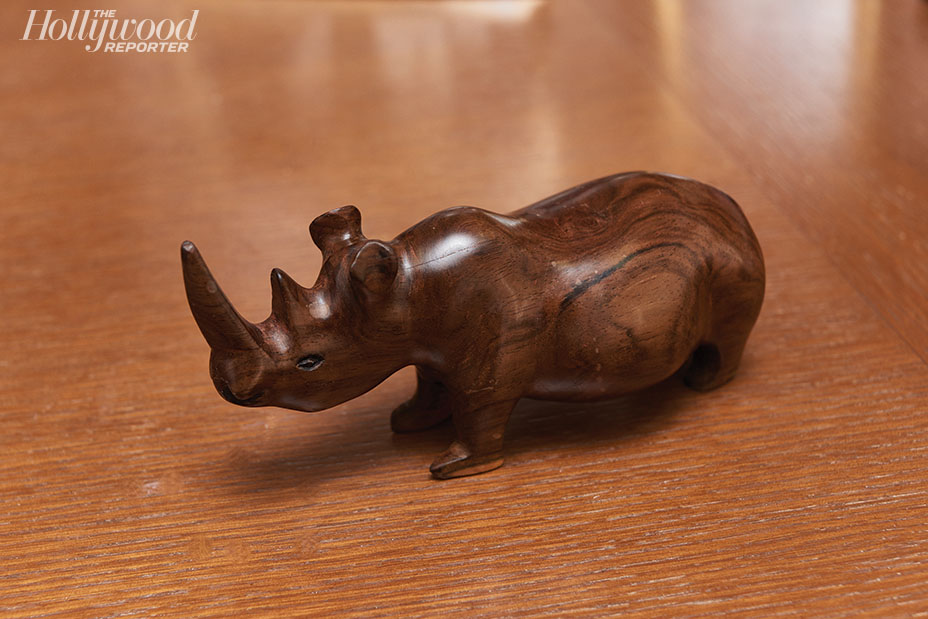 When you set out to make Old Man & the Gun, did you know it would be Robert Redford’s last film?

No! If I thought, growing up in a family where nobody was in the entertainment business, that I would be producing Robert Redford’s last film, I mean, I think that I would have just said, “That’s not possible.” I have so much respect for him. That’s for his work on conservation, politics, for the fact that he created the independent film industry. It’s not just for him as a director, an actor. It’s just him as a human being. 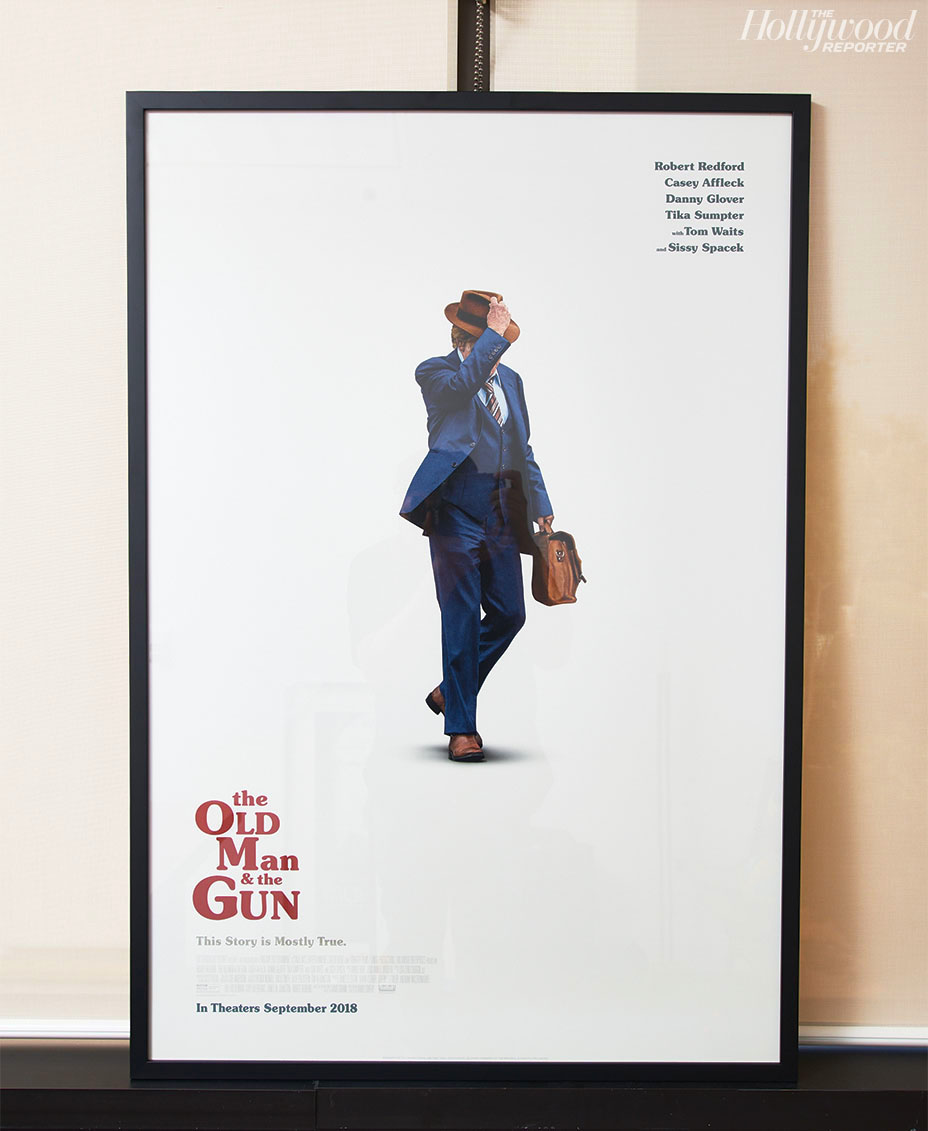 Do you think it’s fair that so much of the conversation around the film is about Affleck’s harassment settlement and not about the movie?

It’s a great question, and it’s a hard question. I think Casey is as terrific a person as I’ve ever spent time with on a set. I don’t think he’s just a great actor; I think he’s a great person. I don’t know what happened, I don’t know what the settlement is. I only know my personal experience of Casey, and I love the guy. The short answer is I don’t know that it’s unfair. I think it’s unfortunate.

Would you work with him again?

Tomorrow. Like tonight. In a heartbeat. I should be so lucky, honestly. 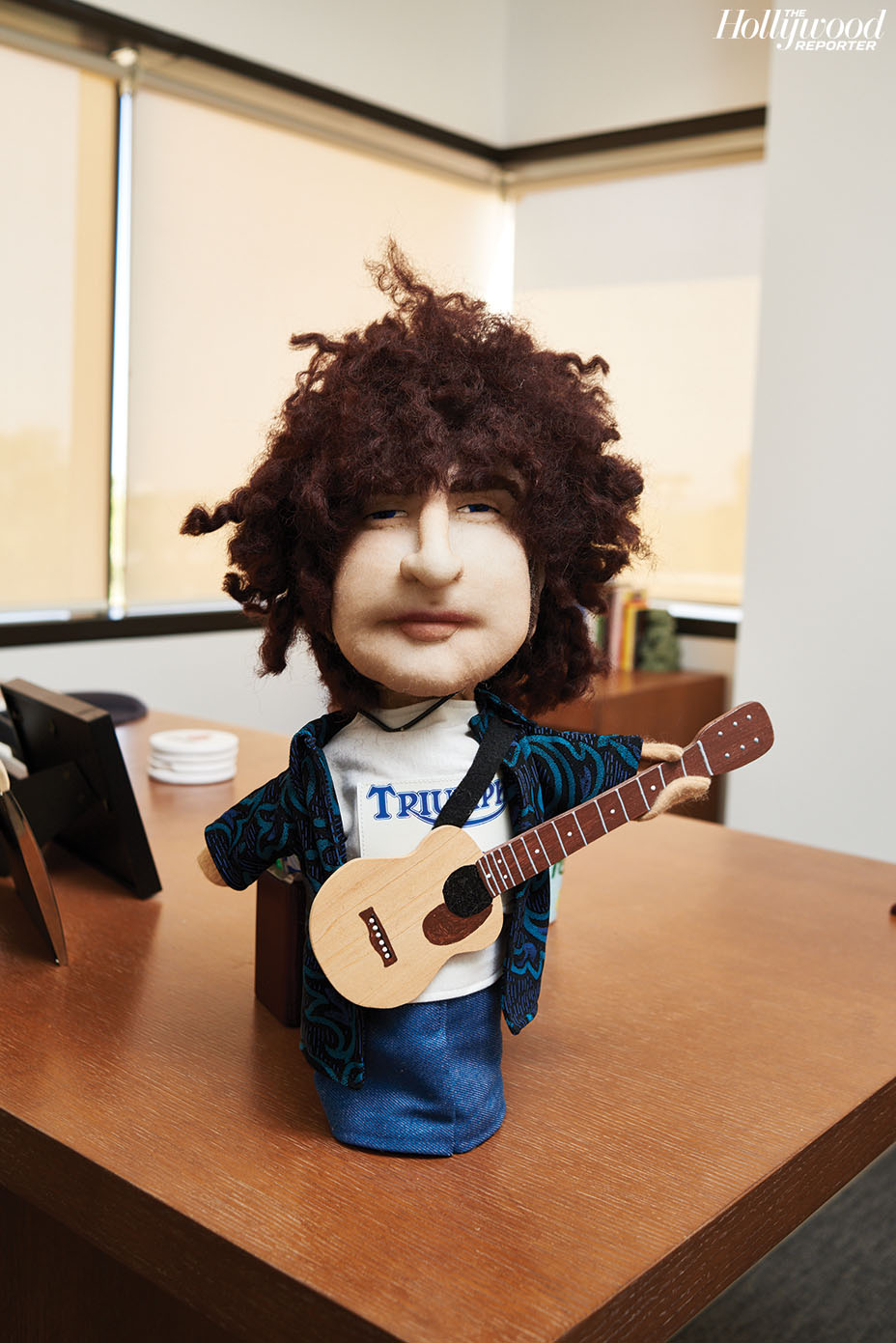 As a financier, are you thinking more about vetting talent in the wake of #MeToo because there can be an effect on the bottom line?

Mmm hmm. It was grotesquely unfair what was happening to women. And as somebody who’s a proud father of a 22-year-old woman, I rest a lot easier today knowing that all this has come to the fore. But I also worry about anything where an accusation can become judge and jury. It doesn’t mean that it’s not completely fair in many cases. It just means that some people are going to get hurt who shouldn’t get hurt, and a lot of people are going to get hurt who should get hurt.

Are you vetting old tweets?

I don’t do that. I’m very focused on my experience with people. Of all the commodities, you can get back almost all of them if you lose them. Like, if you lose money, you can get money back. What you can’t get back is time. So if you have a miserable experience, and you’re spending time with some messed up director, that I don’t want. I am fortunate that I’ve had a really good career and a happy career, and the way that that continues is if I work with the right people. That that’s something I’m really focused on, but not so much going back and reading old tweets, which I think that some people probably rightly do. That’s just not me.

What’s the movie you most regret passing on?

The King’s Speech. I had a chance. It just wasn’t on the page in the way that [Tom] Hooper shot it. There was tons of improv. Tons of the script was thrown out. That said, I have to own it. I read it, and it’s a beautiful movie. That’s the one.

What has been your most profitable film to date?

Looper. Not as profitable as The Producers and Hairspray [laughs]. Broadway is like an oil gusher. You’ll strike dry many, many times, but if you hit it, it gushes.

We just wrapped on a film tentatively titled Murder Mystery with Adam Sandler and Jennifer Aniston for Netflix. It’s a sprawling romantic comedy. Then, I am going to be doing a film with Mike Cahill called Bliss. As a director, I am right now doing another documentary, about two-thirds of the way through it, on the August Wilson Monologue Competition. August Wilson’s widow had seen Every Little Step, loved it and got a hold of me and asked me if I was interested in doing this. Across the country, disadvantaged youth perform these monologues and they’re untrained. They’re high school kids. Two are flown to New York to perform on Broadway. Hopefully, that will be at [the Toronto Film Festival] next year. And then there will be a narrative feature in the works. This is going back to my roots. It’s from an article, and it’s political in its nature, but it’s also a romance.

What do you have going on on the TV front?

Last Chance U is going to go into its fourth year for Netflix. Very proud of that. We have developed a whole television division. There’s about 10 or 12 things that we are working on now, so I feel confident that by this time next year, we’re going to have a couple things that are going to be going. 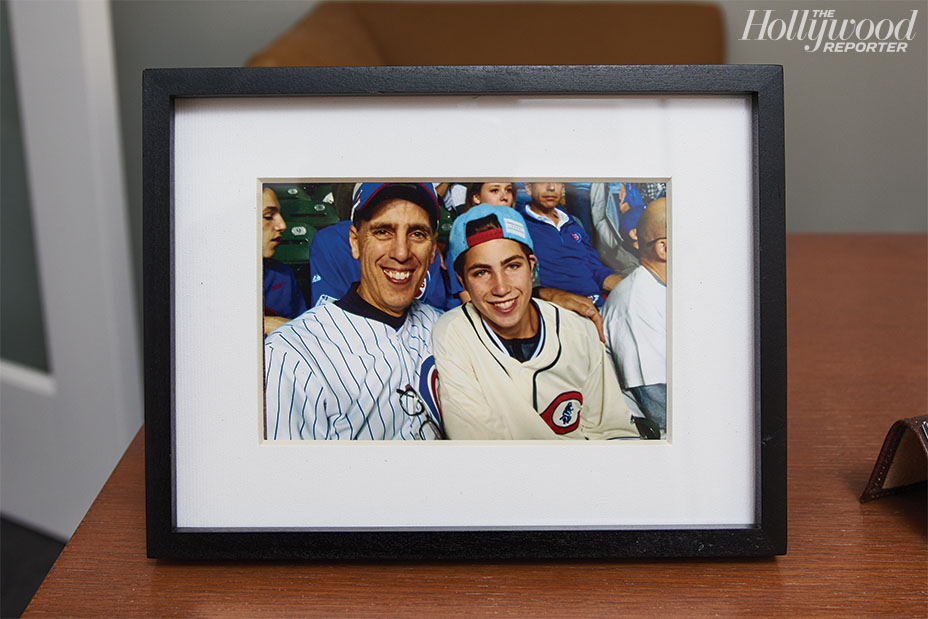 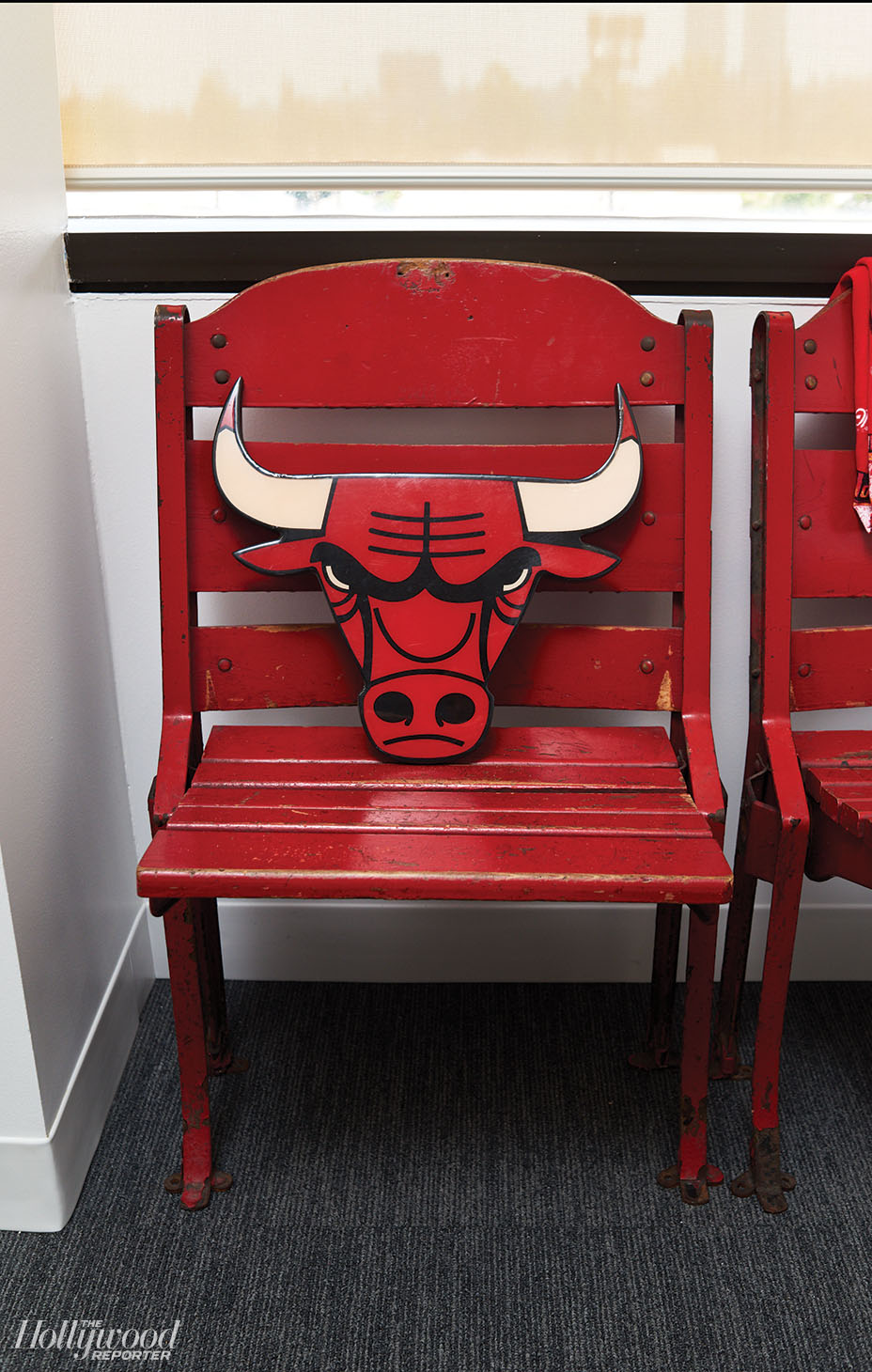