If any comedian has a knowing take on the offenses of the industry, it’s Jane Curtin. She was part of the 1975 freshman class of Saturday Night Live, awash in drugs and misogyny. (Her “Weekend Update” co-anchor, Dan Aykroyd, opened their debate segment with, “Jane, you ignorant slut.”) After SNL, Curtin, 71, who lives in Connecticut with her husband, Patrick, and dog, Newie, forged a successful sitcom career — with Kate & Allie and 3rd Rock From the Sun — and continues to deliver indelible supporting characters in film, like a literary agent in 2018’s Can You Ever Forgive Me? She says she chose TV work, and specifically multicamera comedies, because it’s “like having a regular job. You can plan your life, you can be at home at night with your family.” (Her daughter, Tess, was born in 1983, right before Kate & Allie.) Next up, a role on the upcoming ABC comedy United We Fall and another as a “mean girl” in the retirement-community feature Never Too Late with Ellen Burstyn, Loretta Devine, Ann-Margret and James Caan. Curtin is philosophical about the past — “It was a different time,” she says. But she is not blase about the current state of politics in America. “Sometimes I can’t take it anymore and I have to go on a TV news blackout.” THR chatted with the icon about comedy’s shifting mores.

The Five Comic Voices to Watch on TikTok Right Now

What did you learn about performing on Saturday Night Live?

I could do the comedy, but they needed a straight person. And I knew I could do that, too. I was comfortable doing that because I had done so many commercials. So I could look into a camera and not feel threatened. I learned my strengths in those years.

Did you ever chafe at always being the straight person on SNL?

I didn’t have any ambition other than to have at least one thing on every show. That’s all I wanted. Don’t make me fight for material, just let me earn my keep. That’s why “Update” was so important. Once I got it, I didn’t have to fight for material. And it kept me happy for the rest of the time because I just didn’t want to have to compete.

It was not uncommon for white performers to dress up as black characters. We’re in a moment of awareness of cultural appropriation.

What comes to mind is the Chevy Chase, Richard Pryor [word-association] piece [from 1975]. It was brilliant on so many different levels; it was an honest discussion between a black man and a white man about the use of language. Why does a white man have to dress as a black man in order to make that point? We have to get comfortable with that. And the more diversity we have within the storytelling the richer the stories.

A lot of the humor was sexist.

Oh, it was. And it was stunning because in the improv group I came from in Cambridge, [Massachusetts], there was no sexism. We were all equals; we all respected each other. We talked about the importance of the Equal Rights Amendment. But by the time I got to Saturday Night Live the Equal Rights Amendment didn’t pass, which was stunning to me. And I go into this world where they hadn’t even discussed an Equal Rights Amendment. It wasn’t a part of their life; it didn’t affect them. So they were still continuing in that late ’50s, early ’60s kind of culture. They hadn’t evolved yet, and that’s the sad thing.

Do you still watch SNL?

I see clips. Cecily Strong’s Jeanine Pirro is hilarious. I think [Alec Baldwin’s Donald Trump] is wonderful. But I can understand why he doesn’t want to do it anymore. You get labeled, like “Jane, you ignorant slut.” It still haunts me.

How did you feel about that line?

It was a different time. It did not offend me. I’d hear it on the street. But you’d get catcalls on the street all the time because you were a woman. So it was a part of life. And the fact that they were calling the Shana Alexander character I was playing [based on a real-life liberal columnist] an ignorant slut, I thought was kind of funny. She was so buttoned-up.

Kate & Allie was about single mothers. Did it feel groundbreaking?

When we first started, I thought it was kind of hokey. The original title was Two Mommies, which I found completely offensive. (Laughs.) After about eight episodes, we started hearing from older men thanking us for letting them know that their divorced daughters were going to be OK. And then I would hear from divorced women. I thought, “People are relating to this. It gives us a reason to be.” 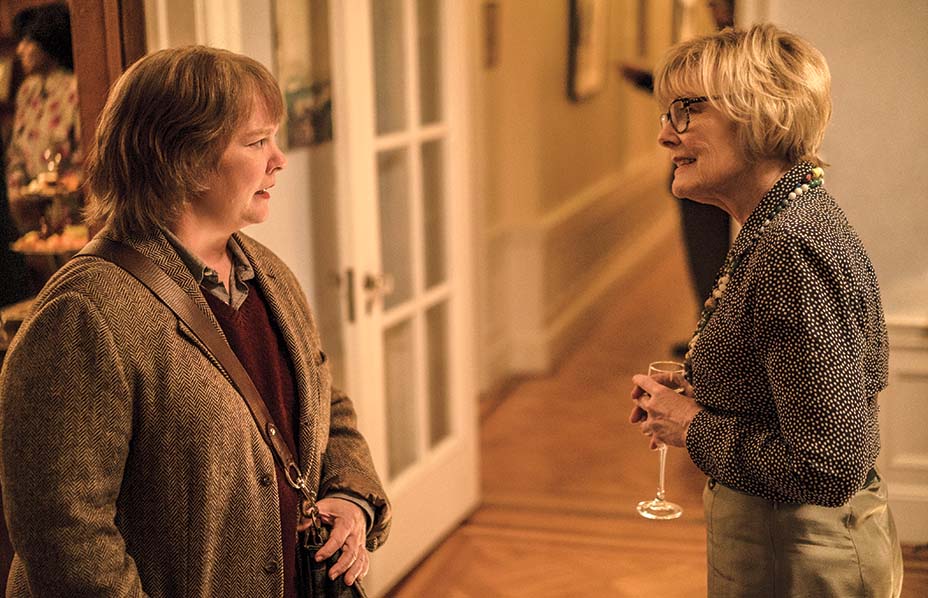 How has the divide in the country changed political satire?

That’s the way it was in the ’70s during the Watergate era, too. You had the moral majority who weren’t funny and then you had the liberals who were funny.

But doesn’t it feel more fraught?

It’s more intense now, but there isn’t a war going on, so maybe that tempers it a little. I don’t know. I don’t like this time very much.

Did you ever meet Donald Trump?

No. I was in places where Trump was. He would come to events back in the ’70s and ’80s. He would make his entrance with his entourage. People would give him a wide berth because nobody really wanted to interact with him. And I think that is the basis of his hatred of the elite. And of course the elite are the people who did not give him his props back in the ’70s, ’80s and ’90s in New York.

If he were standing in front of you, what would you say to him?

It wouldn’t matter. It’s a waste of words. He doesn’t hear anything that is not laudatory or in some way talking about how exceptional he is, thanking him for the change in the country that is so … (sigh) horrific. I couldn’t say anything to him, I couldn’t. But that’s not to say that I haven’t had those conversations in the shower. He has not been in the shower with me (laughs), but I’ve had those conversations.