Janelle Monáe opened Sunday’s 92nd annual Academy Awards with a performance of “A Beautiful Day in the Neighborhood,” paying tribute to the late Fred Rogers.

The singer-songwriter, who turned heads on the red carpet earlier in the night wearing a sparkling hooded gown by Ralph Lauren, took the stage in a Mister Rogers-inspired cardigan ensemble. At one point during her performance, she sang directly to Tom Hanks, who was nominated for best actor in a supporting role for his portrayal of Mister Rogers in A Beautiful Day in the Neighborhood, but lost out to Once Upon a Time in Hollywood‘s Brad Pitt.

Moments after handing Hanks her hat to wear, Monáe took off her cardigan and broke out into a musical number dedicated to this year’s nominated films and actors. Emmy-winning Pose star and red carpet staple Billy Porter also joined her onstage during her lively and colorful performance. 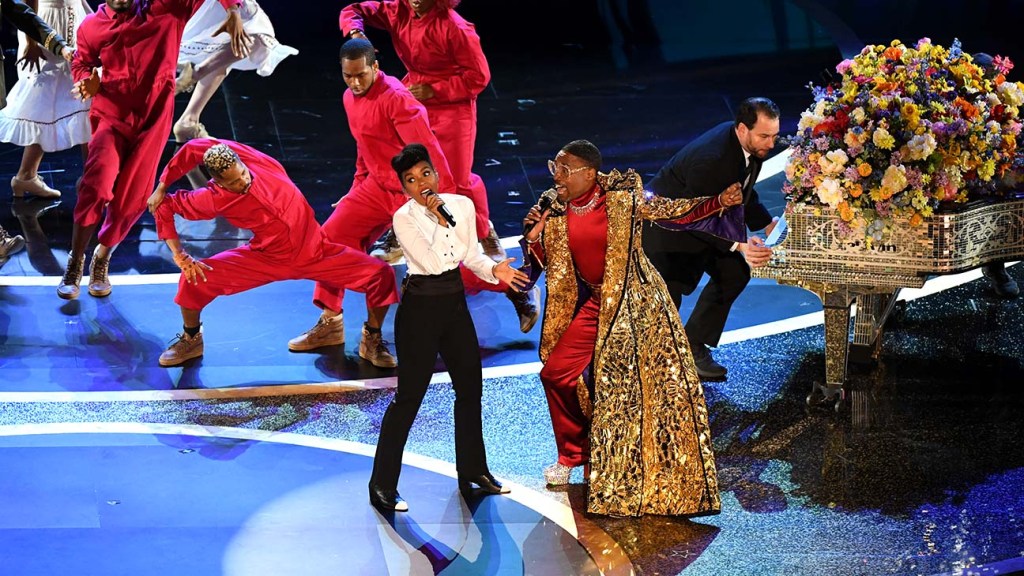 Later, Monáe called out the Academy for not acknowledging any female filmmakers in the best director category. “We celebrate all the women who directed phenomenal films,” she said. She also noted the importance of February, saying, “Happy Black History Month,” which might have been aimed at the Academy for its lack of diverse nominees this year.

Monáe had previously kept the details of her Oscars performance under wraps. However, she did tease to The New York Times that she was “ready to light the stage on fire” in honor of her ancestors and wanted to make her hometown of Kansas City, Kansas, proud.

Monáe hinted at the same in an Instagram post ahead of the show. “LIIIIIVVVVVVE!!” she wrote alongside a promo image. “Kansas City Born and raised!!!”

Monáe’s last album was 2018’s Dirty Computer, which featured hits such as “Pynk” and “I Like That.” Though she’s never been nominated for an Academy Award, she has been involved in several Oscar-nominated and -winning acting projects such as Moonlight, Hidden Figures and this year’s Harriet.

The 2020 Oscars aired live on ABC from the Dolby Theatre at Hollywood & Highland Center in Hollywood. Watch Monáe’s full performance below.

#Oscars Moment: @JanelleMonae kicks off the #Oscars with an opening number that leaves everyone feeling alive! pic.twitter.com/J76UFuqxby