Janelle Monae stepped out in a black tulle sleeveless gown with bird brooches at the 2017 Oscars on Sunday. 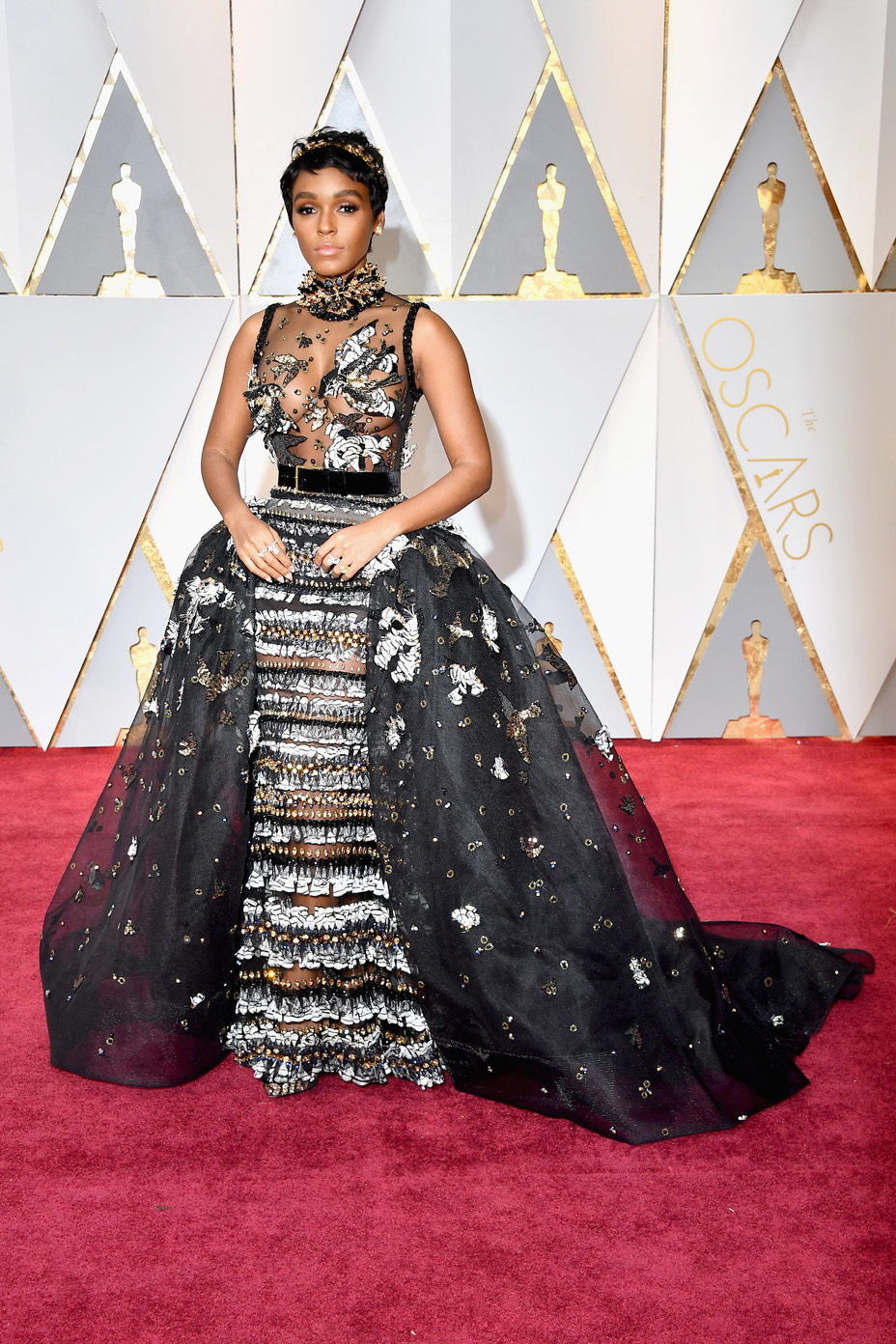 The Moonlight and Hidden Figures star has said her black-and-white palette is a way to “pay homage to my working-class roots.” (Her mom was a janitor, her father a trash man and her stepfather a postal worker.)