When Maeve Reilly met Janelle Monae four years ago to style the singer and actress for her “PrimeTime” video, Monae was on vocal rest. The pair spent the weekend, which included Monáe’s appearance at the BET Awards, collaborating in silence. From that hectic weekend came a four-year-long relationship between Reilly and Monae that spawned some of the Hidden Figures and Moonlight star’s most iconic fashion moments.

Reilly talks to Billboard about working with Monáe’s black-and-white color palette, her proudest style moment and how she and Monáe settled on this weekend’s Oscars dress.

Dior's "We Should All Be Feminists" Tees to Benefit Rihanna's Charity

How is working with Janelle?
It’s amazing. It’s a great collaborative effort, and Janelle has a ton of ideas. She’s an incredibly creative woman. It’s been about reinventing the same two colors. It’s certainly not easy by any means, but it’s challenging, and I think she’s probably the most exciting client I have because she pushes me every time to do better.

How does Janelle’s style influence how you style her?
It completely dictates what I do. I wouldn’t want to work with a woman who has no general direction for her own career. There’s definitely been moments where Janelle’s not been about something and I have to push a little, but I know when to push and when to fall back. She may not feel confident about something, but if I do, she says, “OK, Maeve, I’m trusting you on this one,” and we just have to hope that we’re right. We’ve been pretty consistently right.

Do you collaborate with her hair and makeup artists as well?
Yes and no. She has her own relationship and vision with both of them. We’re all artists, and we work together to create one iconic and strong look together.

What’s your proudest Janelle style moment?
There’s been great Vogue write-ups, Paris Fashion Week was fun, but the most memorable and important moment for Janelle and me was the Prince tribute at the BET Awards. She and Prince were extremely close. They were not only good friends, but he was a mentor and an idol to her. Wardrobe was such an important part of Prince’s brand, so it was a true honor to get to play a small part in that for her. I always say that what I do is so much bigger than the clothes. It’s creating these moments in people’s lives that they’ll never forget. 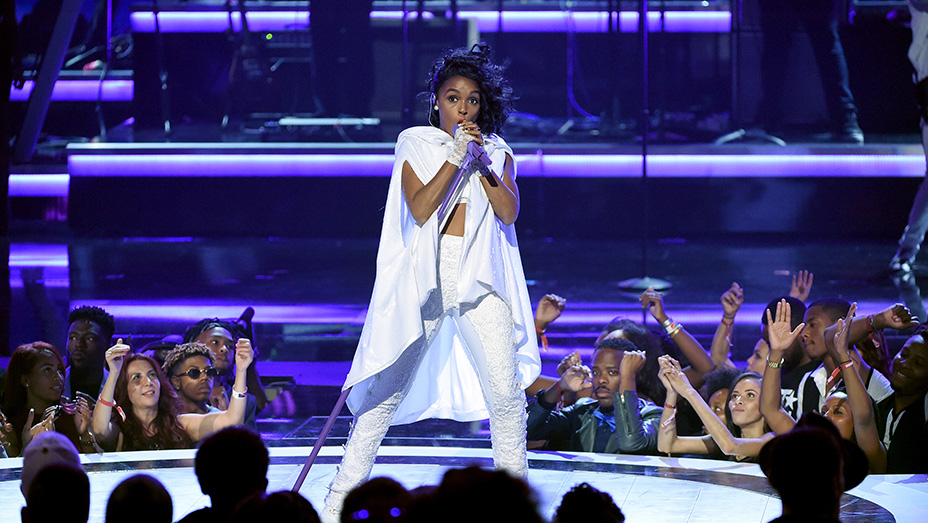 What are your favorite brands to pull for Janelle?
Because her color palette is limited, there isn’t one. I really look A to Z, and whoever has the best option wins. It was the same thing in choosing the Oscars dress. We have long-term relationships with Chanel, Armani and Stella McCartney, but because the designer doesn’t always have a black and white collection, we can’t solely rely on one brand for her.

How do you find all the great patterns Janelle wears?
With her, it’s just anything black and white that we like. We definitely love to mix prints. It takes a certain type of woman to take a risk and mix patterns. A good example of that would be what she wore on [The Tonight Show Starring] Jimmy Fallon. It was this awesome runway look from Tome that was a crazy mix of prints, but it worked so well together. 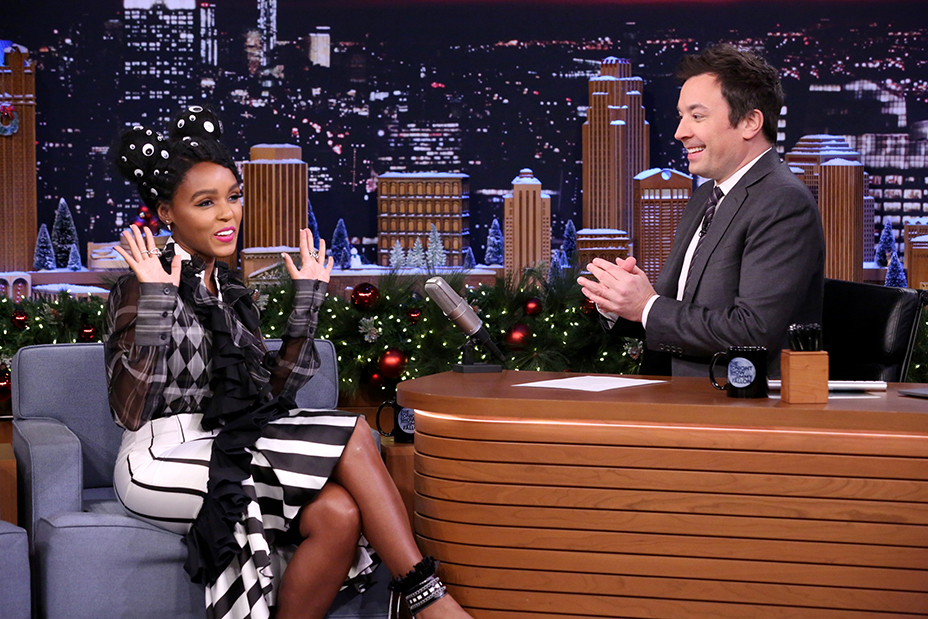 What are you most excited about as far as spring fashion?
When I’m looking for clothes, I’m looking for each client individually, so it’s really about what works for them as opposed to what everyone else is doing. I’m really not one for trends. I try not to fall victim to it.

Do you have any style icons?
Carine Roitfeld is definitely my personal style icon. She dresses exactly how I would if I had time to dress up — edgy and black with a lot of fishnet. I love Rihanna [too]. I certainly can’t pull off all [of her looks], but I’m always like, “What does she have on today?” She’s an awesome girl, and I love hanging with her when I can.

What’s your favorite fashion time period?
I must’ve just had a past life in the ‘20s. It’s really weird, because nothing in my style is representative of that time at all, but I’m so drawn to that era. But when it comes to fashion, it’s all cyclical and things come back around, so it just depends on what season we’re in.