Talk about a superhero roster. Fitness coach Pieter Vodden, the go-to guy to transform actors into athletes, trained Aquaman Jason Momoa for Justice League, Wonder Woman‘s Robin Wright, and her Amazons as well as upcoming Bloodshot star Sam Heughan, and he also was hired by Warner Bros. to ready Margot Robbie and Scott Eastwood for 2016’s Suicide Squad. “Pieter’s abilities get and keep me where I need to be in my career,” says Eastwood. “This counts toward both my aesthetic appearance and the strength and agility I need to perform at the highest level.”

Now Vodden, 40, is sinking all that super energy into his newly expanded exercise mecca, modeled after the gyms he has set up on location. Bulking up from 9,600 square feet to 15,000 in the fall, Pharos Athletic Club — with co-owners Emylee Covell (Vodden’s wife) and mobility expert and trainer Jeff Scarborough — is Eastside L.A.’s largest, most comprehensive fitness facility. Producers, directors, screenwriters, and artists flock there. While working on gaining muscle mass for Bloodshot, due out in February 2020, Heughan would spend entire days at the gym “to try new boxing classes, weightlifting and spin classes, with massage for recovery,” the actor says. 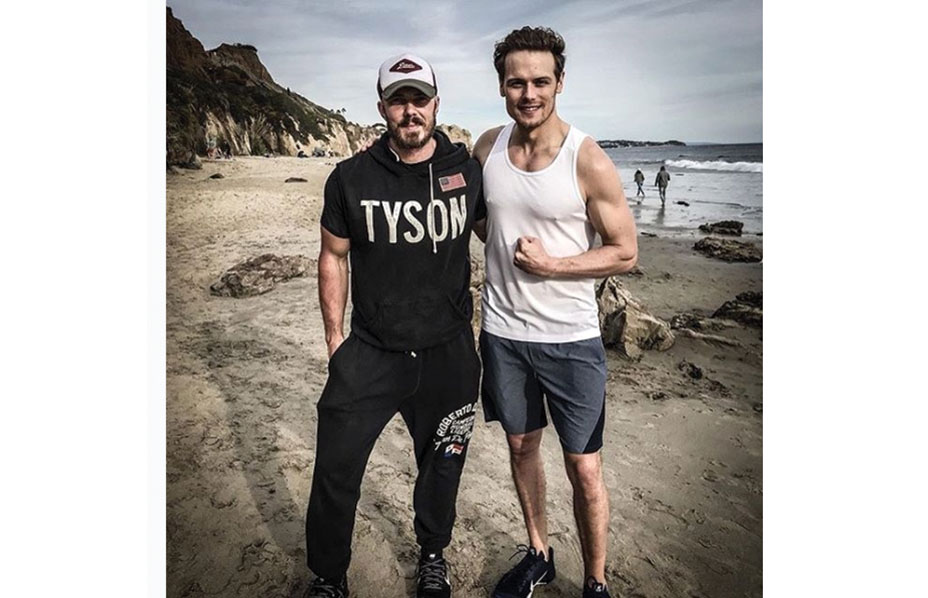 Based on the Toronto gym Vodden built for Suicide Squad, the skylight-illuminated structure houses a boxing gym; a dedicated area for Covell’s popular group physical therapy classes; a clubhouse for coffee and macro-nutrient shakes; Olympic lifting platforms and extensive equipment; and has hyperspecific training classes that focus on improved performance with running, fighting and gymnastics (membership starts at $250 a month). “People are tired of dark, dingy gyms,” says Vodden. “I sought out a space that had light beaming through.”

Heughan describes his customized program with Vodden, both on sets and in Pharos, as “relaxed but intense.” They included old-school bodybuilding with weight lifting, conditioning and resistance training — such as sprinting with a sled, rowing drills and interval and circuit drills — to maintain his shoulders and V taper. Says the trainer, who got his start at U.K.’s Gym Jones, which worked with the 300 cast, leading to Vodden consulting on other Warner Bros. action films: “You don’t have long to make these transformations happen, [but] it’s measurable.” 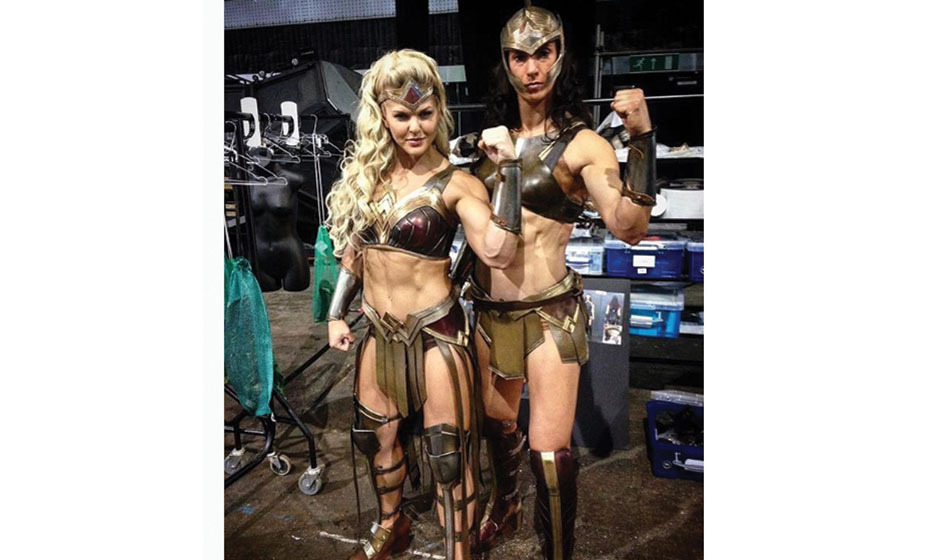 Robbie boxed and did gymnastics and cardiovascular training to prep for fight scenes, while Vodden put together incredibly demanding — both physically and mentally — sequences to be repeated in circuits for Eastwood’s Navy SEAL character in Suicide Squad. Momoa — “naturally a big, strong human and genetically gifted,” says Vodden — underwent classic strength conditioning and resistance training, plus boxing, to lean him out and maintain body-fat percentage. (Onscreen, the aim is 8 percent or below for men.) “I have a skill set that allows me to the aesthetic need for the camera but also the functionality” demanded for action roles, says Vodden.

With the Amazons, there was “an expectation they’re going to look a certain way onscreen — their legs, arms and shoulders are on show,” says the trainer. “But they’re also riding horses, sprinting across the sand, leaping, doing all these amazing things,” skills and abilities that Vodden creates in the gym. He follows up his customized regimens with Covell’s repair and mobility treatments to “improve training exponentially. It’s one of the best things we have” — the better to keep Aquaman and Harley Quinn kicking and injury-free. 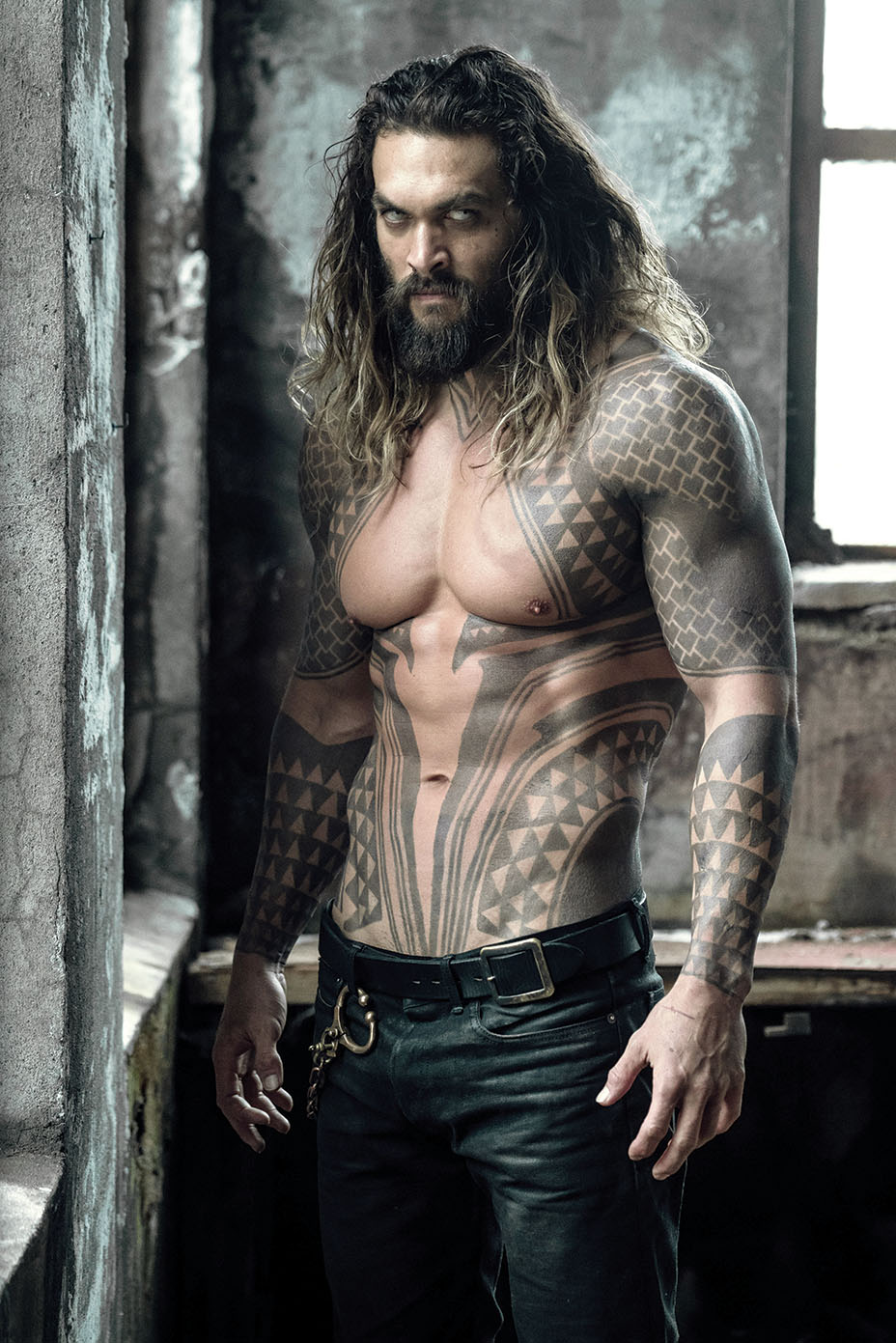