With Oscar nominations for his work on Martin Scorsese’s operatic Raging Bull and the Harrison Ford thriller The Fugitive, cinematographer Michael Chapman, 80, will be honored with the Lifetime Achievement Award at the 24th International Film Festival of the Art of Cinematography, Camerimage, which runs Nov. 12 to 19 in Bydgoszcz, Poland. Chapman describes Camerimage as “summer camp” for cinematographers, an annual gathering where the elite and novice meet and share stories. The legend shared a few stories of his own with THR, recalling some of the most iconic films that he’s shot.

How did your work as an actor and as a director on such films as All the Right Moves contribute to your work as a cinematographer?

I did tiny parts here and there. There’s an enormous amount of bravery involved in acting. You just have to lay it out there and do it; and once it’s done, you can’t take it back. Actors share that with cinematographers. It led me to have a little more sympathy for actors than perhaps I once had when I stared out. As I directed, it made me understand how basic cinematography was and is to visual storytelling. When you are shooting, it’s a form of directing, and when you are directing, it’s a form of shooting. They are intertwined. They are both trying to tell a story.

How did your signature shot of the slow-motion boxer alone in the ring that opens Raging Bull come about?

It was Marty’s idea. We were trying to show that this was Jake La Motta’s art form, and it was being treated as an art. This was the way in which he stepped out of ordinary life and became an artist. In the background of the shot there are flashes of cameras going off every once in a while. That’s actually me with an old flash camera that I would shoot off from time to time. There are ways in which the film is a verismo opera — stories about people who were not kings and queens but ordinary peasants and people in small towns. And the fights are the big arias. They were very elaborate, and the rest of the movie’s shots and setups were very simple.

How about the train crash in The Fugitive?

The train crash was shot in a gully in the mountains of North Carolina. We just bought a train, and we crashed it. So we could only do it once. That’s why it looks so convincing. We shot it on a small set of railroad tracks. We set up a lot of cameras, and we let the train go. It was hard work. We had to walk up and down about 130 steps every time you had to go to the john or get something to eat.

You also served as the camera operator on Jaws, working with Steven Spielberg and the director of photography, Bill Butler.

Operating a camera is the greatest job in the movies. It’s heavenly. I had a marvelous time on that film, and I’ve had a house on Martha’s Vineyard ever since. Steven was very young and, like Marty, had a great sense of how to tell a story with the camera. On the water, it’s almost all handheld because in those days we didn’t have the tools [for stabilization on boats]. It was a real mechanical shark, and it broke down so often that they were running out of time. And so they made this a virtue by not showing it. Not seeing the shark and building suspense is what makes the movie. But they couldn’t show the shark because the damn thing wouldn’t work! 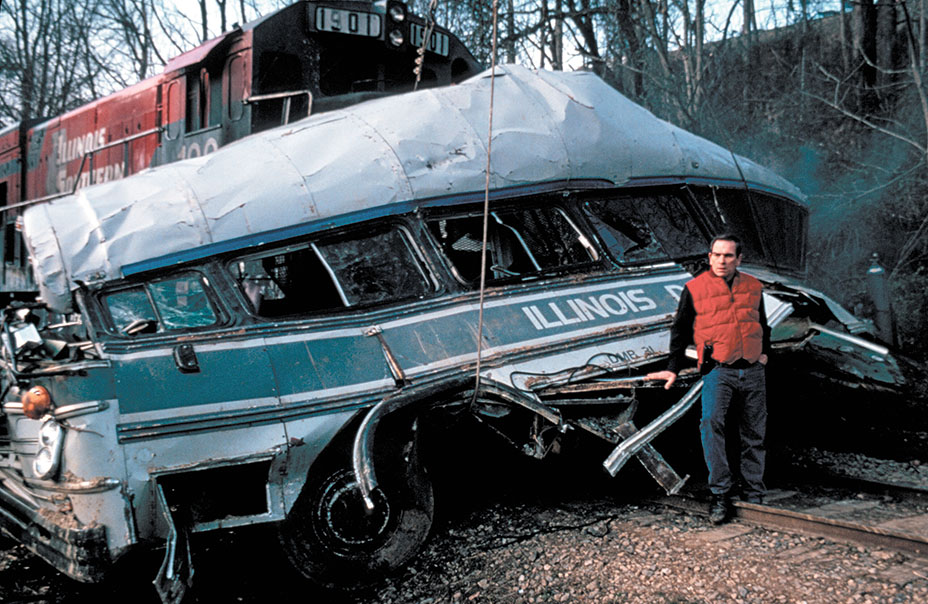 What’s your view of the state of cinematography today?

I think today the very best storytelling — imagery — are things people shoot on their cellphones: hurricanes and earthquakes and the horrors of war. The most compelling imagery is not professional cinematography, it’s what ordinary people shoot reacting to what’s going on around them. That is the stuff that’s telling us the most graphically about what is happening in the world.