When people ask me what I do for a living, I tell them I sell bar napkins and swizzle sticks. Being Jeff Bridges’ stand-in and stunt double, I just get too many questions. It’s too difficult to sum up.

Jeff and I met in 1970. I was a young rodeo cowboy, in my last year of high school, and I did this audition for a movie shooting in Wichita Falls, Texas. I had no idea what it was. They didn’t even have a title then. But I ended up playing Leroy in The Last Picture Show. I didn’t know it at the time, but the director, Peter Bogdanovich, had told Jeff and Tim Bottoms to hang out with me before we started shooting so that they could pick up my Texas drawl. It was intimidating as hell — Jeff was the son of a movie star — but we really hit it off. He kept calling me from his hotel, and he and Tim kept asking to hang out. I thought everybody in the movie business was so genuine and so nice and so interested in my life. I didn’t realize they were studying me.

Anyway, that’s when I was bitten by the movie bug. Peter flew me out to do some looping in L.A., and I decided to stay. I was encouraged to take some acting classes, and to pay the rent, I worked at a gas station and at a Pioneer Chicken fast food restaurant. Jeff and I stayed in touch, but after a while my career took a downward turn. I wasn’t getting parts. One day I was telling Jeff I needed a job, and he goes, “Well, you want to be my stand-in? I’ve got to go to Europe to do this film …” Jeff was kind enough to give me a job. I didn’t know it was going to last for 50 years. I’ve been his stunt double too. I don’t leap off buildings or anything — I’m not a daredevil — but I’ve done plenty of fight scenes. It’s all very choreographed. It looks like they’ve slugged you, but they miss by three inches.

Sometimes Jeff sends me scripts to read — “I haven’t made up my mind, what do you think?” — and of course we talk a lot before each movie. Is there a beard? Do I need to put on weight or take some off? Right before we started filming the first Iron Man movie, I was up at my cabin in Idaho and Jeff sends me an email with a picture of himself with a bald head and a beard. I’d never been bald before, but right away I had my hair shaved off, took a picture and sent it to Jeff. He calls right up and says, “Shit, Loyd! That was a bald cap. We were just experimenting with looks. I was just joking with you.” I guess Jeff felt bad, because he ended up shaving his head for the movie.

After 50 years, I think his personality changed a little bit because of me. He even sounds more like me. In the past he had that California surfer boy persona, but I think he’s adopted my ways. He can imitate me better than I can imitate him. He’s become a master at being me. I like to say I taught him everything he knows. If my acting career hasn’t come to pass like I wanted it to, so what? Fifty years of working with Jeff Bridges — man, what a rodeo. 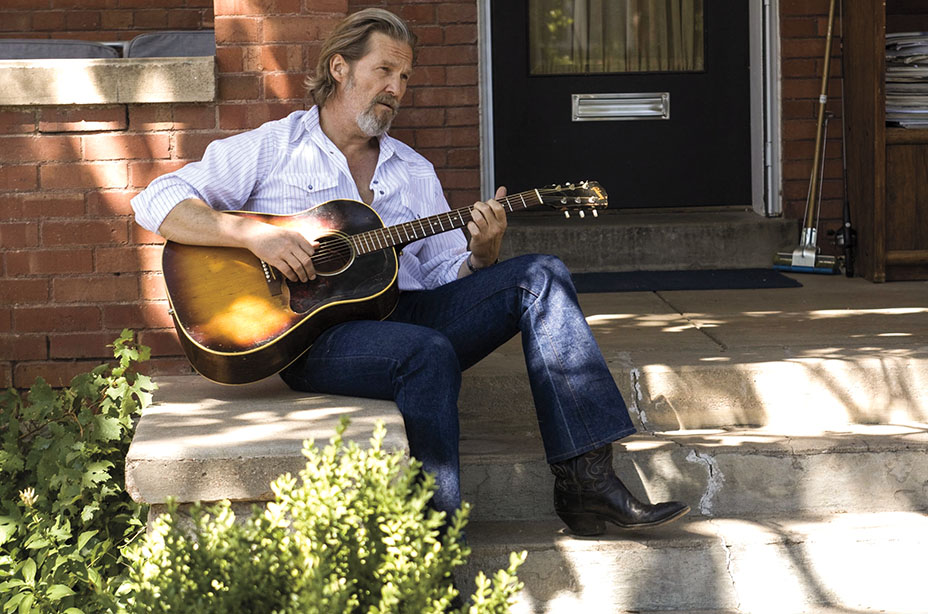