As for many of you, last Tuesday was a very bad day for me. It actually didn’t start out that way. As I boarded a 7 p.m. flight for home, I couldn’t have been more confident. Then I began to get intermittent Wi-Fi and, off and on, I saw results that weren’t supposed to happen. As alarmed emails flooded in, the inconceivable started to become very real. By the time I landed, it was over.

It’s now been a week since this heart-wrenching, devastating event. However, this morning the sun still rose, the world still turned, the flag still waved.

Many times during the past week, I’ve been asked by family, friends and colleagues what I think it all means. So, I thought I’d write down some thoughts in the hope a few might be helpful.

It all comes down to a fundamental, disturbing question: Is our next president a demagogue or democrat?

During the election, Donald Trump found facts inconvenient. But facts are very useful things. They lead to truth. For example, here is Webster’s definition of “demagogue”: “a leader who makes use of popular prejudices and false claims and promises in order to gain power.”

The truth is that this is what we have witnessed during the past year.

By contrast, in the post-election days, I have been seeing niceties that are, well, nice to see. He was gracious in victory, he was respectful at the White House. Of course, there hasn’t been a complete transformation. He’s made statements and appointments that are concerning and troubling, but clearly there is a different tone and demeanor. This gives us some reason to believe that President Trump may be more reasonable than Candidate Trump. Maybe he is now prepared to forsake reality TV for reality. 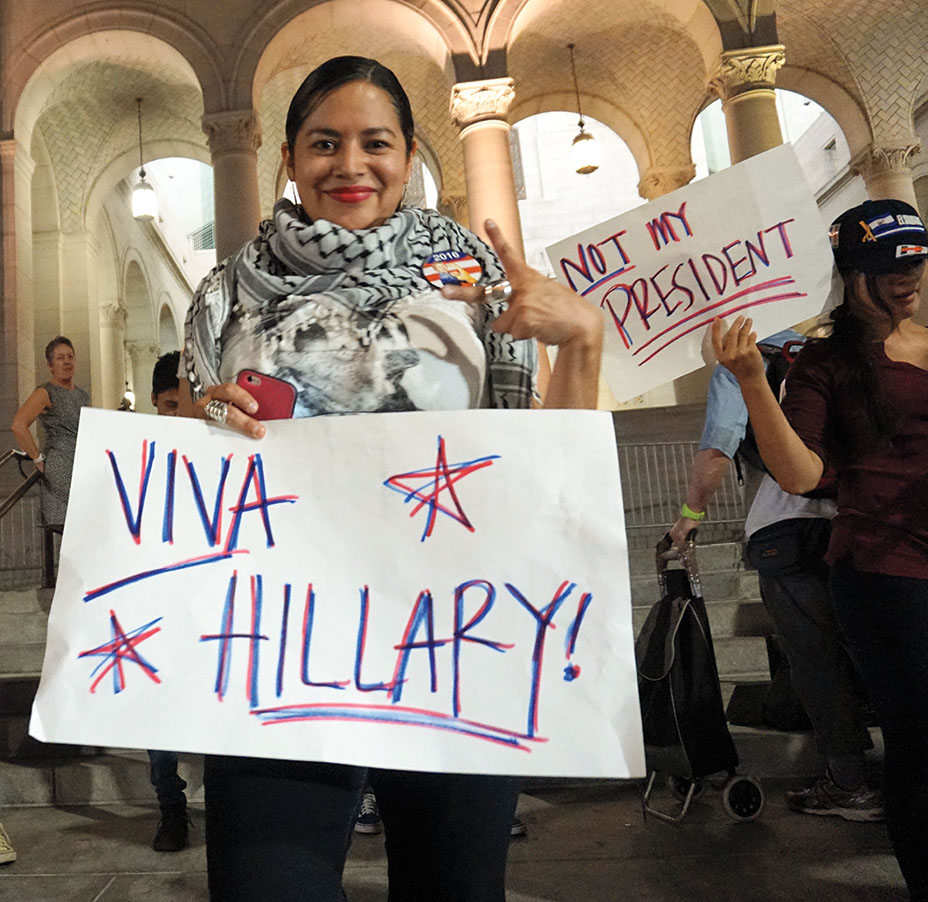 Michael Wolff on Trump, the Anti-Media President (Who's Obsessed With the Media)

Historically, the office has always changed the man more than the man has changed the office. Every president has talked about how it affected him from the very first day. They find that, suddenly, the consequences of their words are … consequential. I think we saw the beginning of this awareness when our president-elect met with our president. A very different-sounding Donald Trump talked about it being “a great honor,” wanting to seek President Barack Obama’s future counsel and calling him “a very good man.”

I am hopeful we are going to be seeing more of this new Donald Trump when he is president. I have known him, and before then his father, since I was 18 years old and working for New York Mayor John Lindsay. I’ve never been to Mar-a-Lago. We aren’t friends. We aren’t even friendly. But of one thing I’m pretty certain — he will care deeply about his legacy. And, as Hillary Clinton said, “We owe Donald Trump a chance to lead.”

As for President Obama, let’s be very clear: He received a man at the White House who tried for years to delegitimize his presidency by challenging the legality of his birth. Yet the president treated his guest with the respect, openness, decency and grace due the nation’s next leader. President Obama embodied Abraham Lincoln’s “charity toward all and malice toward none.” He yet again modeled how a president should act, as he has throughout the past eight challenging years. 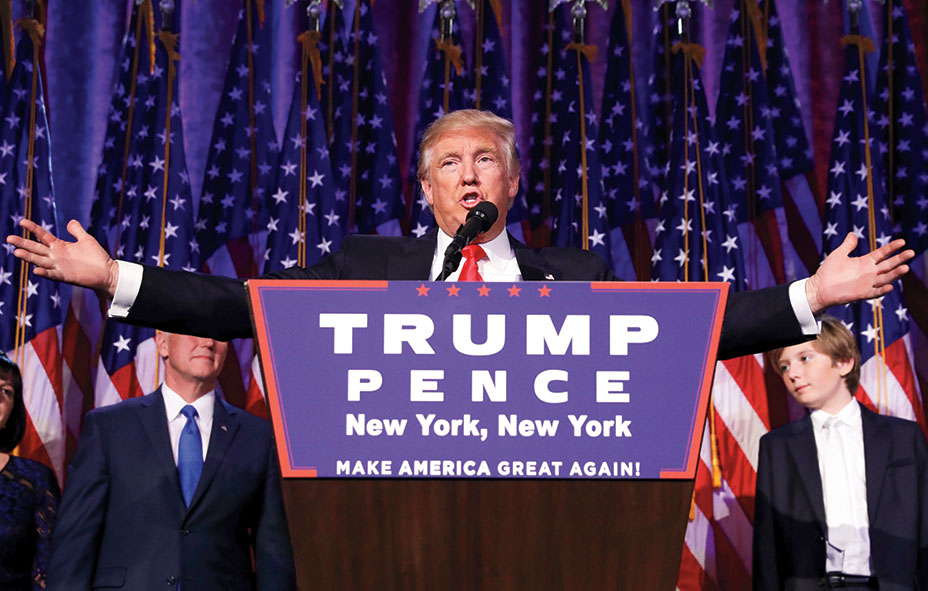 All this said, a week with moments of encouraging behavior by Donald Trump does not erase a year of offensive, divisive, corrosive rhetoric.

And so, while I am hoping for the best, I am still planning for the worst.

I have been involved in politics for more than 50 years, and this is certainly not the first time I’ve been on the losing end. It always hurts. And this one maybe hurts more than the rest — partly because we didn’t really lose. Our side got more popular votes, while Trump received fewer votes than Mitt Romney or John McCain. The Electoral College is how we choose presidents, and I (mostly) respect this. But I hope everyone, including Mr. Trump, recognizes that this was not an election that, by any stretch, resulted in a mandate.

Eight years ago, it was the reverse. There were 60 million Americans who were as dejected as we were jubilant. Now it’s our turn. This is why I remind myself that an election is just an inning of a game with no ending. Throwing down the bat and ball and leaving the park is not an option. Last Wednesday morning, a new inning and a new season began, and I am taking the field, fiercely determined and ready to compete.

And here’s why this is so important: Over time, this never-ending game results in real and demonstrable progress. This is why America is great and will keep getting greater — as long as we keep stepping up to the plate.

As this ultimate national pastime continues, I just want to make sure that, whatever path President-elect Trump chooses, the way of Candidate Trump will not be our way. We must not emulate him by creating a demagogue movement of our own that defames tens of millions of people who don’t share our point of view.

We could respond to hate with hate and fear with fear. However, if we do this, then we are no different and no better, and everyone loses. 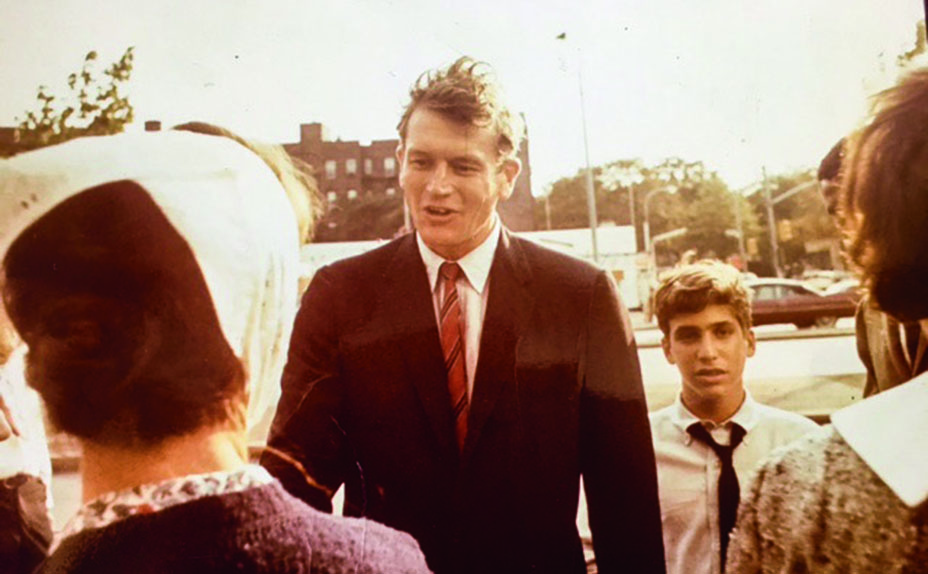 The Founding Fathers provided tools to combat the demagogues they knew might come along. We merely need to steadfastly take advantage of these tools, by making our 61 million-plus voices forcefully heard in the Congress, in the Senate, in the courts and peacefully on the streets.

And no one should be more motivated to utilize these tools than we who work in the creative industries that stretch from Hollywood to Silicon Valley and beyond. Ours is a community that prizes openness, respect and tolerance. The basis of our industries is freedom of expression. We must make clear to President-elect Trump that it is vitally important he support these values.

So, one week later, I remain disappointed and concerned. But I have jettisoned despair. We must not let one candidate make us forget how many we are and the power we have. We’ve had a week to accept and adjust. Let’s all get back in the game.