Minutes into the premiere episode of The Morning Show, the flagship series that launched the Apple TV+ streaming service Nov. 1, Jennifer Aniston’s Alex Levy, the marquee co-host of the titular program, is clearly and rightfully not happy. She’s been kept out of the loop as her on-air partner, played by Steve Carell, has been quietly investigated and ultimately fired for sexual misconduct. The scene is an early indicator of the power both Aniston and her character will wield on this series, which devotes considerable time in its initial episodes to how an intelligent, accomplished woman can still find herself negotiating precarious circumstances only because a man she works with has behaved badly.

Aniston’s costumes in the series, which co-stars Reese Witherspoon, likewise communicate messages about Alex’s strength and seriousness. Coordinated by her longtime styling team, sisters Nina and Clare Hallworth, the looks subtly convey an idea of power through their details, from the crisp tailoring of a Dior Bar jacket or Burberry trench to the purposely forceful statement of a strapless red jumpsuit, from Pierpaolo Piccioli’s fall/winter 2018 Valentino collection, for a scene at an awards ceremony. Each of these pieces fits into a narrative that the Hallworths refer to as a “structured luxury,” but in that first episode, when Alex discovers just how much has been kept from her about her partner’s misconduct, another statement of power and status reveals itself, as Aniston reaches for a phone and the audience catches its first glimpse of an oversized and undeniably sophisticated watch on her wrist. 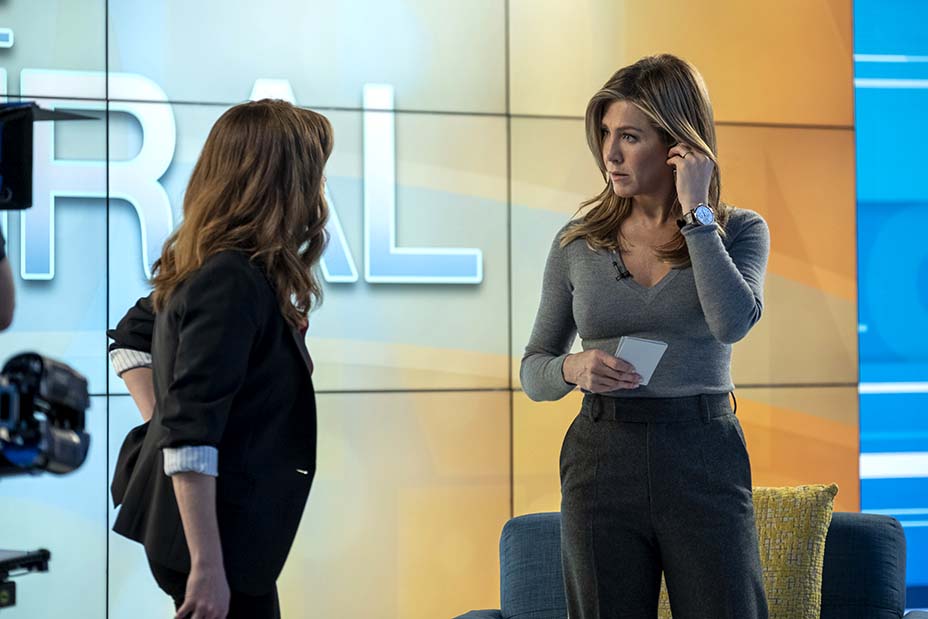 Viewers definitely noticed; a Reddit thread quickly went up, asking if anyone could ID the timepiece. The Hallworth duo has confirmed to The Hollywood Reporter that they worked with Chopard to secure two timepieces for The Morning Show’s early episodes, both from the L.U.C collection, a prestige group of watches named for the house’s founder, Louis-Ulysse Chopard. That piece seen throughout the first episode is the 43mm L.U.C Regulator, which Chopard debuted in 2015: The rose-gold watch on an alligator strap is a thoughtful choice for Aniston’s character, as it’s designed with a central minute hand, with separate subdials for the hours and seconds and a third subdial to highlight a GMT function.

What’s so great about the choice is that it’s precisely the type of watch that might be worn by someone who must be acutely aware of every minute and second that occurs between the hours of 7 and 9 a.m. The piece, which retails for $32,000, is also considered “a men’s watch,” and as such also reflects a trend not uncommon among women who are watch fans and seeking serious pieces, ultimately selecting something from a men’s collection to get the look, size and functions they desire. Aniston, of course, is a well-known watch fan who often has been photographed wearing Rolexes, proving that she, like her latest character, is serious about status timepieces. 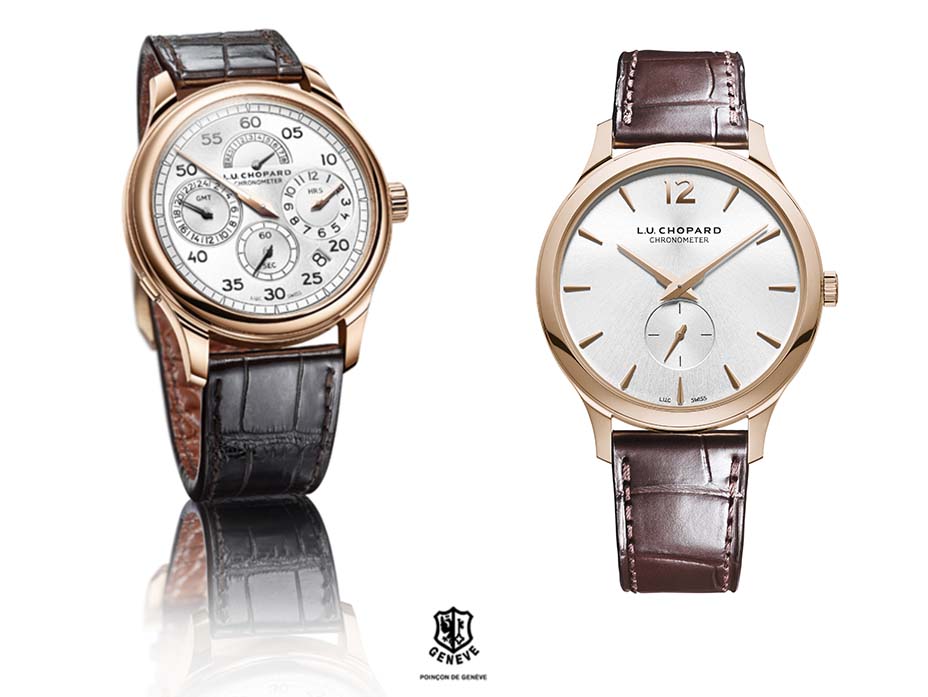 “Jennifer has a keen eye for detail and wanted something realistic for her position as Alex as a powerhouse in her workplace,” the Hallworths said in a statement to THR. “[Her] character is elegant and sophisticated, but studied and worldly. Her watches are primarily worn for function, large-scaled, bright, easily readable. Beyond the practical, that scale also reflects her power and status in the workplace and ultimately her confidence as a woman of influence.”

That’s likewise true of the second Chopard watch Aniston is seen wearing in The Morning Show at a journalist awards ceremony in episode three. The 40mm L.U.C XPS is also crafted in rose gold, but features a decidedly more minimalist dial that highlights hours, minutes and a small-seconds subdial. The $16,500 watch typically comes on an alligator strap, but Chopard outfitted the piece with a strap in a red brushed fabric to both suit the evening occasion and better match Alex’s Valentino jumpsuit. 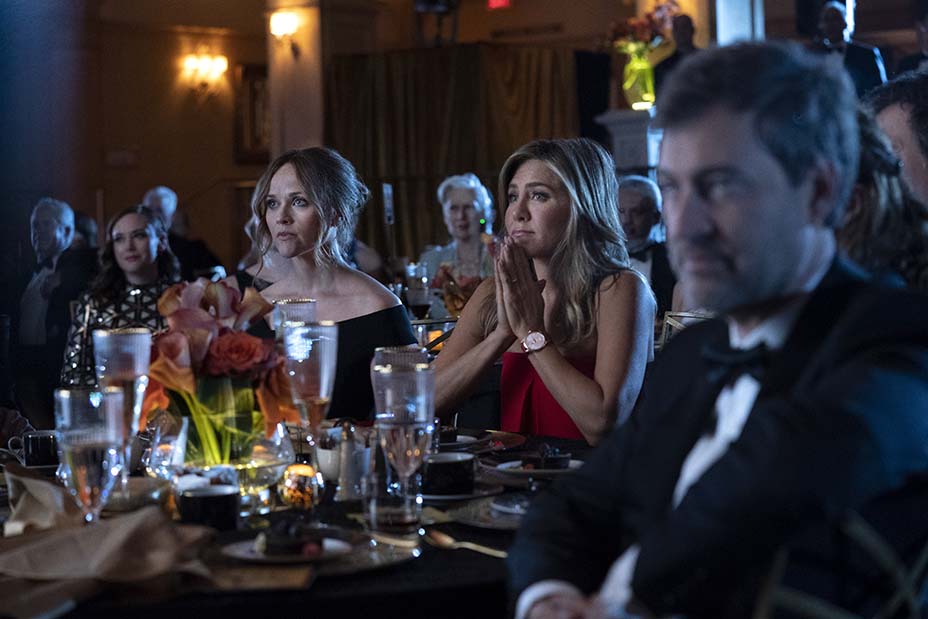 While eagle-eyed fans were quick to notice the placements, both the Hallworths and Chopard note that the inclusion of the pieces was only organic. As Caroline Scheufele, artistic director and co-president of Geneva-based Chopard, exclusively tells THR, “I have always been an admirer of Jennifer’s work, so when Nina and Clare approached us about getting Chopard timepieces to complement her looks, naturally I said yes. I have heard that the clothes and accessories that a character wears really help to inform how an actor plays a particular role. So we were excited that Jennifer [wore] timepieces from our sophisticated L.U.C collection and that we got to be a part of her process in creating a character.”