Jennifer Lopez walked into the Guess headquarters in downtown Los Angeles on Wednesday night looking radiant in a blue dress as she officially launched her new worldwide ad campaign with the iconic brand.

The timing for the artist, who was joined at the event by her boyfriend Alex Rodriguez, couldn’t have been more awkward.

In an Instagram post just hours before, model Kate Upton had accused Guess creative director Paul Marciano of sexual and emotional harassment. During Wednesday’s launch event, several representatives for the clothing brand were asked if there was an official statement regarding Upton’s allegations on behalf of anyone for Guess or Marciano himself, but none was provided.

The party was attended by a starry crowd, from Paris Hilton to real estate developer Mohamed Hadid, whose daughter Gigi Hadid has been participating in Guess campaigns for years. 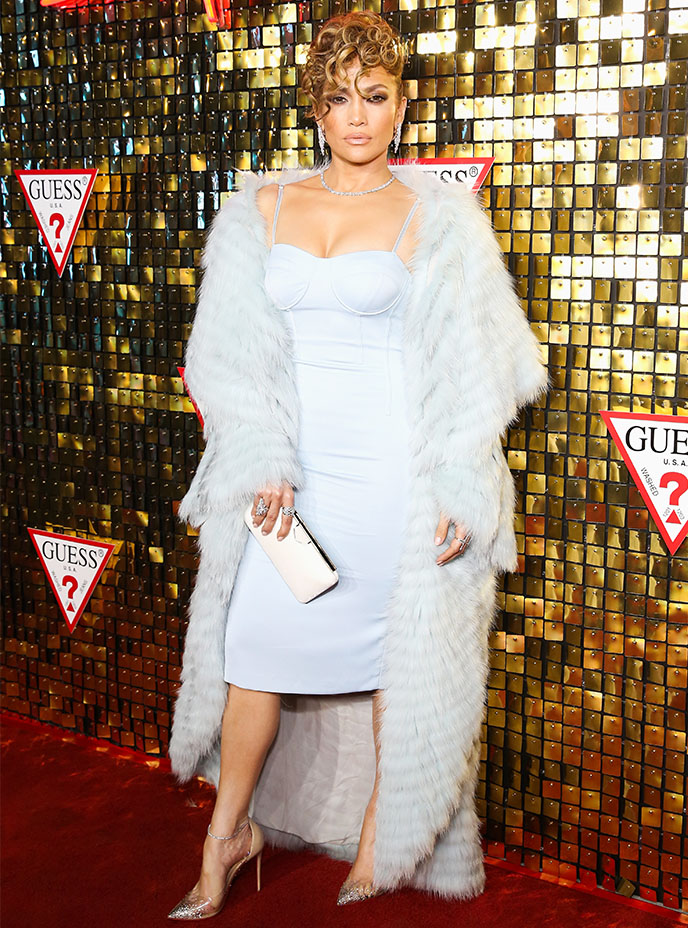 Asked about the #MeToo movement, Lopez said that she supports all women coming forward to tell their stories and called the moment “a beautiful time for women.” “We are really finding our voices,” Lopez said. “We are really coming out of the shadows and saying how we feel. [It’s about] knowing our worth and our value and making the opposite sex aware of our worth and our value.”

She added that this is also the time for women all over to continue speaking up and being supported as a way to also empower young women. “It’s a groundbreaking thing that’s going on in the world right now, so I’m super excited to be a part of this time. Of course, I always support women speaking up. I’m super excited about the time we are living in right now — especially for my daughter.”

On Thursday, Lopez released this statement addressing the Marciano accusations: “My position on these issues is well known, as I have been very vocal about them. I do not condone any acts of sexual harassment, violation, or misconduct. Any accusations should be fully and thoroughly investigated. I will continue to support our rights as women.”

At the event, Marciano addressed his guests and spoke at length about asking Lopez to sign on to the campaign that will be seen around the world. It took him several months to finally reach Lopez in an attempt to ask her to consider becoming the face of Guess. “[The campaign] will be seen in at least 45 countries,” Marciano said, as his guests cheered him on. “Jennifer trusted me. She trusted me with the pictures … that I could do great pictures. The trust was there. It was destiny. It was not an accident. I want to make pictures that every single day you will go back to these pictures one day and show your children.”

According to Lopez’s manager Benny Medina, who was also present at the Guess event, the star’s next album is likely to be released in September.

A version of this story first appeared in Billboard.