What do grandmothers and Jennifer Lopez have in common? They’re among the target demographic of Naked Wardrobe, the Los Angeles-based basics label founded by San Fernando Valley-bred sisters Shideh, Shida and Shirin Kaviani. Launched online in 2012, the star-beloved brand is making its first foray into bricks and mortar with a pop-up shop on Melrose Avenue, which opens Thursday and runs through May 30. 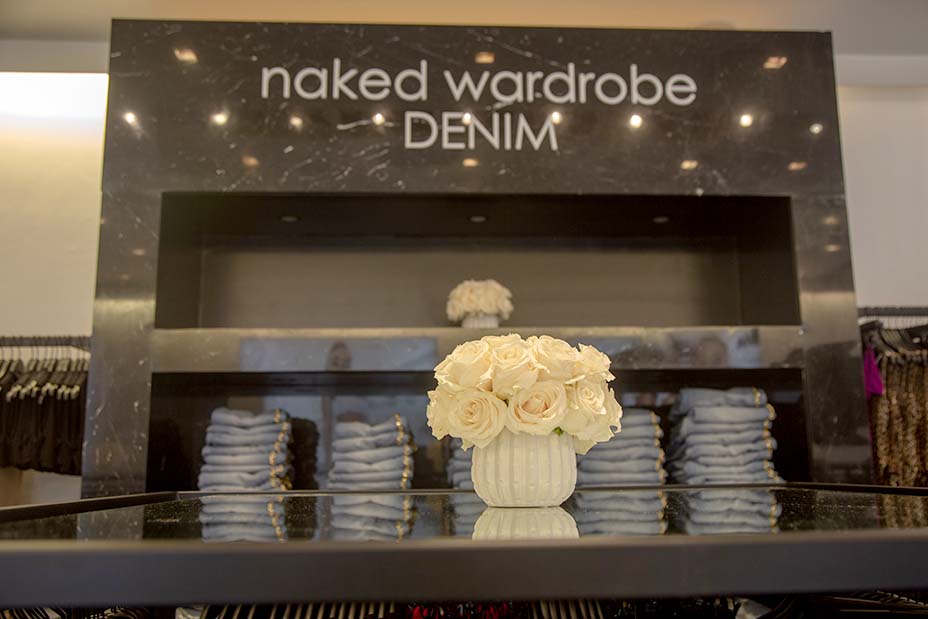 “My grandma wears Naked Wardrobe, our little cousins wear [it],” Shideh Kaviani, the youngest of the Van Nuys-born, Woodland Hills-raised siblings tells The Hollywood Reporter. “Our product line does really target all.”

The Best Hollywood-Inspired Gifts for Kids

Naked Wardrobe’s signature skin-tone — and skin-tight — staples have become synonymous with the neutral, minimalist aesthetic made popular by the Kardashian-Jenner clan, all of whom have worn the label. Other celebrity clients include J. Lo (who’s regularly spotted in the mini and midi dresses), Ciara (who wore the latex Lowdown crop top to this year’s Oscars), Cardi B (who has sported the camouflage-print jumpsuit), Selena Gomez and Ashley Graham; the brand’s maternity line has been donned by Kim Kardashian West, Khloe Kardashian (who “went out of her way to tweet about us,” says Shideh), Eva Longoria and Miranda Kerr.

When you Know you look Extra FINE in your @NakedWardrobe Baby Mama outfit Fit: @EvaLongoria in the “NW Mama Midi Dress”

The rest of the brand’s legion of loyal superfans (who number over a million strong on Instagram) can stock up on budget-friendly, celebrity-fave best-sellers, which are all priced below $100 and typically range between $24 and $56. Also on offer at the six-week pop-up — located just a few doors from the Kardashians’ now-shuttered Dash boutique — are the brand’s new denim capsule and swimwear collection. 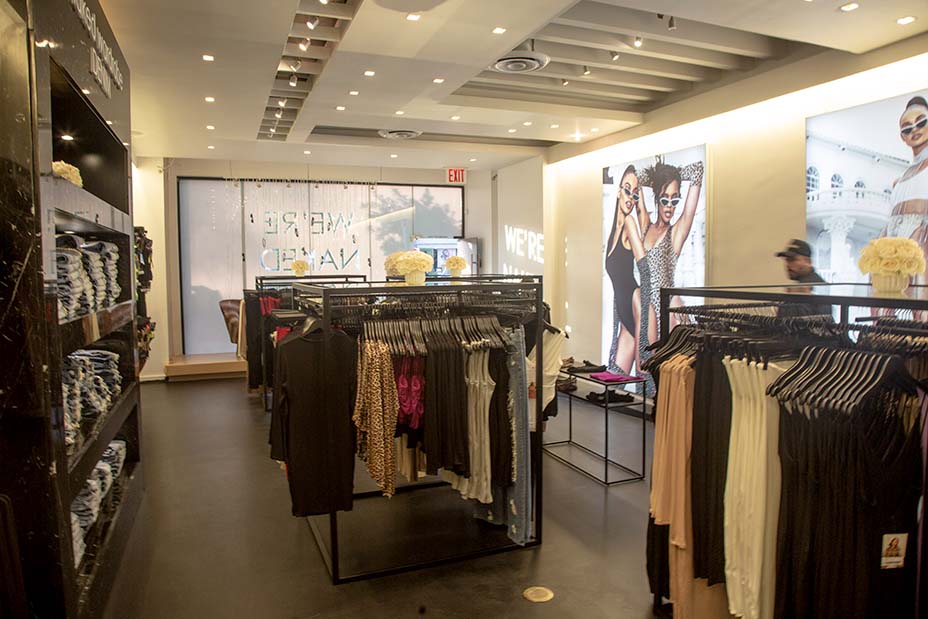 The self-professed online shopping addicts “had our mom’s credit card number memorized, even the CID number and the expiration date,” Shideh Kaviani says. “I remember one day turning to my sisters and [saying], ‘I think that we should just start buying clothes and selling them, and we can just take a piece here and there for ourselves.’”

The entrepreneurial siblings combined their skill sets (Shideh as designer, Shida heading up marketing and public relations, and eldest sister Shirin handling management and operations) and got into the e-commerce business selling finds from downtown L.A.’s wholesale district. Those early pieces included “this knit sweater, it was a neon color and it had sequin patches,” says the youngest Kaviani, who earned a fashion design degree at the Fashion Institute of Design & Merchandising.

“We realized that we didn’t want to sell garments that other people or other competitors were able to sell and take the credit for,” Kaviani continues. “They may sell something for $10 or $15 cheaper, but it just doesn’t have the quality that we put into our garments. It was just really important for us to develop our own product line and make it very exclusive.”

The brand’s growth plans include thinking beyond the basics, with “going out” dresses set to drop on the site in August. “You see Khloe being photographed in her garment when she’s at the grocery store, and luckily J. Lo loves to wear our crop tops at the gym and the paparazzi loves to get her there,” Shideh Kaviani says. “But we wanted to make something for our clients who go to different parties and red carpets where they can get even more glam and more extra with [our] clothes.”

Come through @jlo in our Feelin’ Oh So Tight Set. #momgoals

An offline expansion is also in the works. The Kavianis plan to bring Naked Wardrobe pop-ups to Las Vegas, New York and Miami by the end of the year, and they’re also eyeing potential storefronts in Beverly Hills. 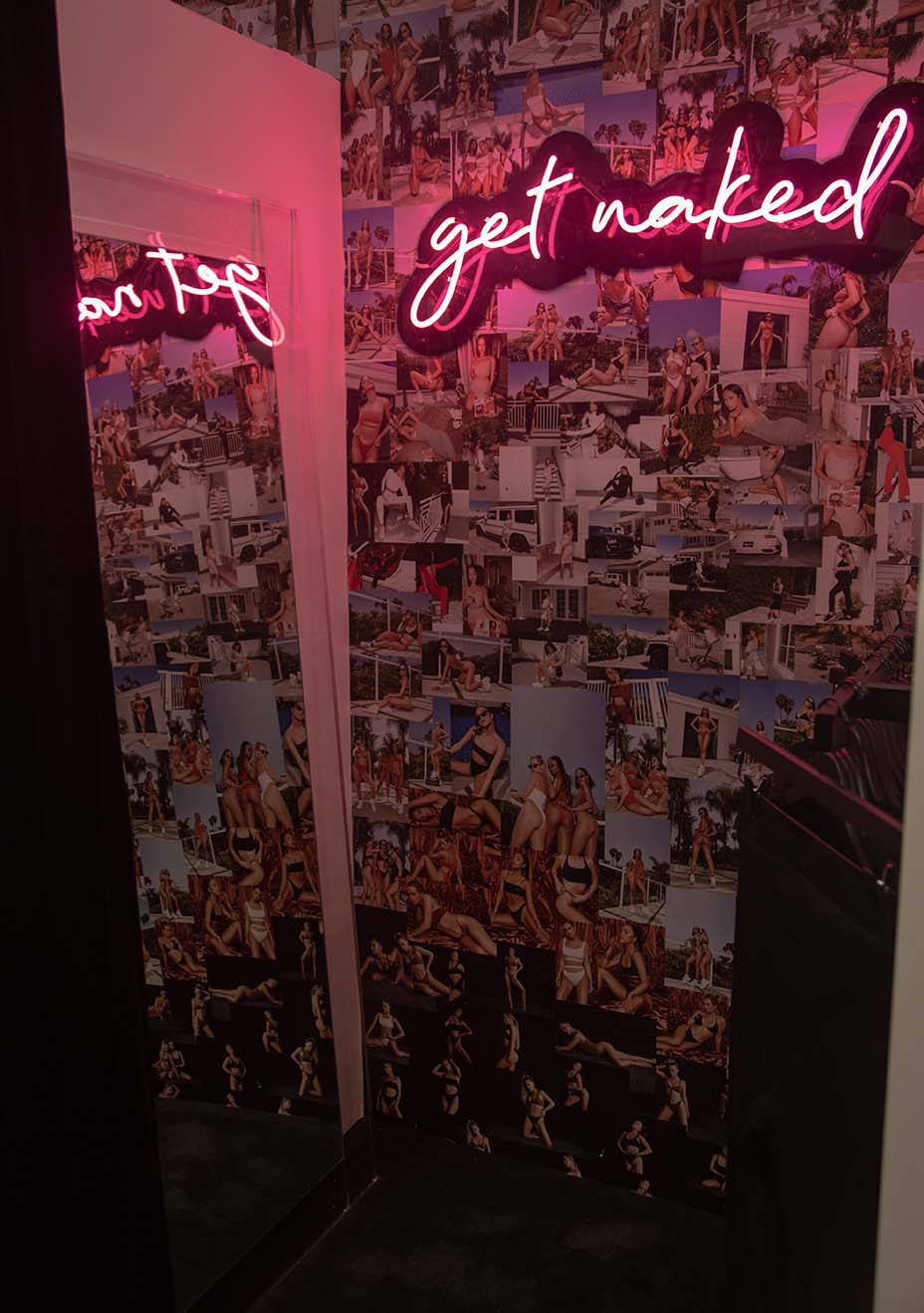 Depending on the pop-up’s reception, the sisters may extend their shop’s stay on Melrose, but they’ll also keep their eyes peeled on the fashionable neighborhood, Shida adds. The goal is to land in a store with “quadruple the space,” Shideh Kaviani says.