Jeremy Pope is having quite a year. In January, he made his Broadway play debut in Choir Boy as Pharus, a young man coming to terms with his identity and sexuality in a world that roots against him, and in March, he made his Broadway musical debut in Ain’t Too Proud: The Life and Times of The Temptations as Eddie Kendricks, the falsetto-voiced founding member of the Motown vocal group.

He had exactly three days between taking his final bow in the limited engagement of Choir Boy and starting performances in Ain’t Too Proud, which is fast shaping up to be one of the hits of the season.

Three weeks on from Ain’t Too Proud‘s Broadway opening, Pope is finally settling into a routine that feels “normal,” if you could call it that. For someone who, at 26, is having the biggest moment of his career thus far, he appears effortlessly calm, cool and charismatic, looking slick in a black turtleneck and shearling-lined leather coat.

“No stress and trust — that’s what this season has been about,” Pope told The Hollywood Reporter over burgers at a midtown diner. “I’m going to blink and this will all be over. It will be something we reminisce and talk about. Remember that time you did two Broadway shows at the same time?”

Pope is making his double-whammy debut, and earning superlative reviews, alongside two powerful voices of American theater — Oscar winner Tarell Alvin McCraney, of Moonlight fame, who wrote Choir Boy; and Dominique Morisseau, who penned the book for Ain’t Too Proud — making this an exciting season for African-American theater artists. They refer to each other as “family.” 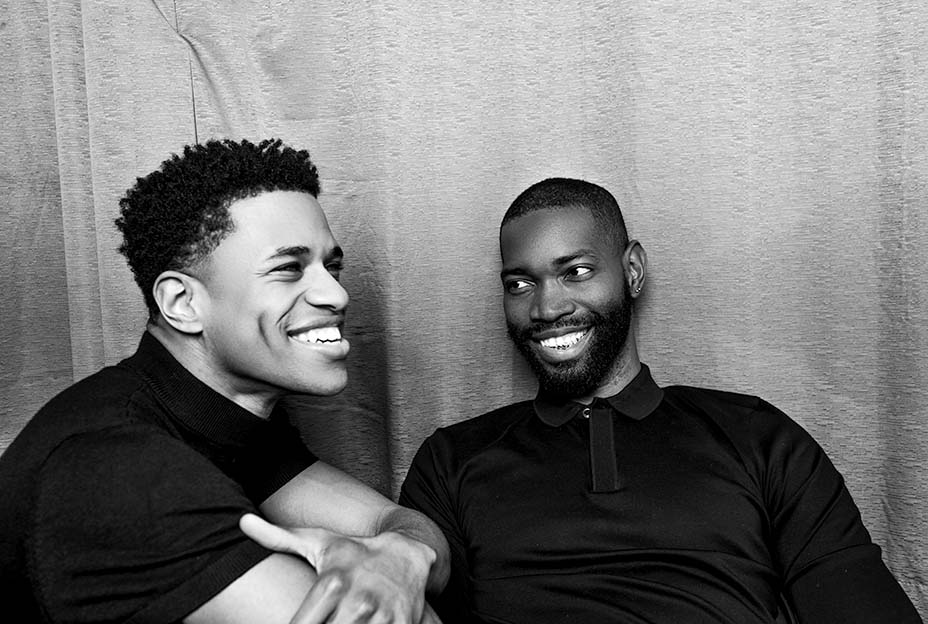 Both McCraney and Morisseau are MacArthur Genius Grant recipients — as is Taylor Mac, a gender-nonconforming playwright and another Broadway newcomer this season with Gary: A Sequel to Titus Andronicus. McCraney cites all of these artists as people he understands, emphasizing the importance of the community, while Morisseau shares that she hopes representation, both onstage and off, becomes more of a norm on Broadway.

“You can make us a moment or you can make us a movement, and I’d rather it be a movement that has longevity and sustainability to it,” said Morisseau, adding that she wants actors like Jeremy portraying these stories. “The thing about Jeremy that I want to be an ambassador for is he’s a very gifted open vessel of an artist. The kind of vulnerability that he displayed in Choir Boy and he’s also displaying in Ain’t Too Proud is something we need to see more of. These complicated, complex visions of black male humanity. I don’t think we see enough of it.”

Working on projects with such prominent writers has led to meetings and new opportunities for Pope as well. While he couldn’t do pilot season this year because of his Broadway double duty, he says film and TV is where he’s headed. He has appeared in one movie so far — The Ranger, which went to South by Southwest in 2018 — and he’s eager to get back on set.

McCraney says he’d love to collaborate with Pope again when he’s not “doing 70,000 things” and busy being a Broadway star; the writer introduced Pope to Moonlight director Barry Jenkins on a trip to Miami. (Pope, like McCraney, grew up in Florida.) Lena Waithe met Pope after she saw Choir Boy when an earlier version of the production played Los Angeles in 2014, and she has since sent him scripts. Waithe even put a single he recorded, “New Love,” in Step Sisters, the Netflix film she produced last year.

“Theater is a grind, you’re here eight times a week, there’s little room for other projects,” Pope said, calling this season “the college showcase I never had” in terms of how it has connected him with opportunities. “I’ve been reading a lot of really cool projects that seem interesting and fun. I’m very optimistic. Let’s make it work.” 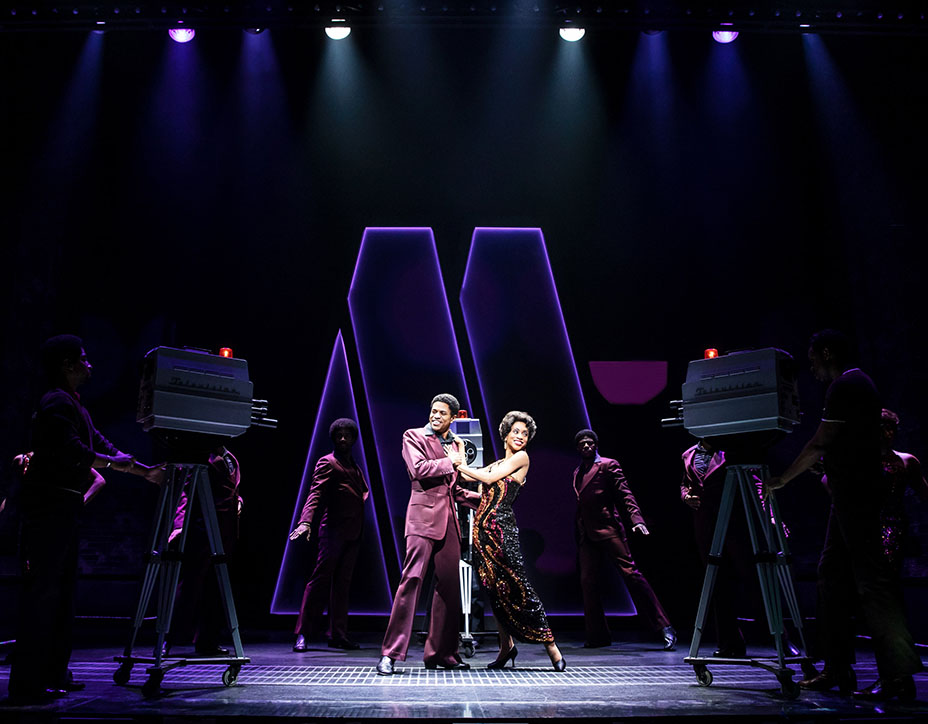 He has also met people like Tracee Ellis Ross and Angela Bassett through these experiences, and he emphasizes how small the community is. “We’re all in this together; we’re all in it to push each other to new heights,” he said. “If I can put you on, let me put you on. If I can look out for you, let me look out for you. I feel like the sky is the limit.”

This Broadway moment is full circle for Pope, who first auditioned for a London production of Choir Boy while he was just finishing school at the American Musical and Dramatic Academy in New York. While he didn’t get the part then, McCraney knew he had to bring him back when the play was produced off-Broadway in 2013.

“In person he’s very charming and sweet,” McCraney said. “He has this thing when he gets onstage where he’ll open up the parts of him that he can’t always show. I think that’s admirable. What artists do is they go and find places and pieces of them that we don’t always see in order for us to connect.”

'Ain't Too Proud: The Life and Times of The Temptations': Theater Review

Pope earned rave reviews for his performance off-Broadway and went on tour with Choir Boy to Atlanta and Los Angeles. He also toured the country with Ain’t Too Proud, joining the cast before the Berkeley Repertory Theatre premiere in 2017, and continuing through pre-Broadway engagements in Los Angeles, Washington, D.C., and Toronto.

The fact that both shows ended up on Broadway in the same season was pure coincidence, and there was a moment where he thought he might have to choose one or the other. Luckily both shows’ producers worked out scheduling in his favor. “We pushed our teams to work for him,” Morisseau said. 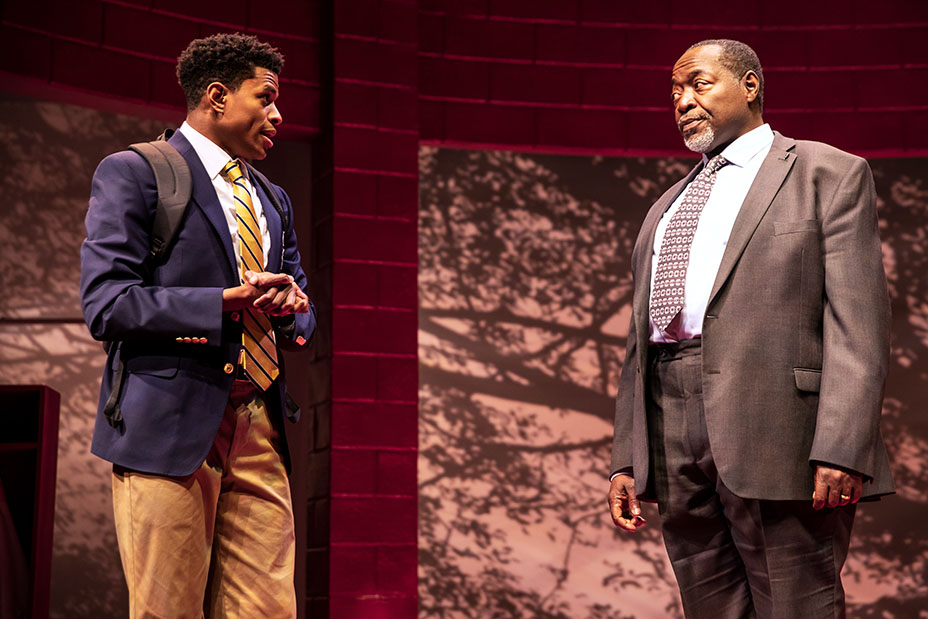 Pope pursued musical theater because he loved singing and being in the school plays, but in college, he was given two options — Hairspray and The Lion King — neither of which felt like a perfect fit. He had trouble envisioning himself in the contemporary theater landscape, as teachers told him his voice was too R&B or “American Idol” for the stage.

That has proved helpful for his music aspirations, as he writes and records his own songs and is working with producers in the exploratory stages of an album or EP. He worked with the same producers on the single “Be Great” with Loladre (Laura Dreyfuss, of Dear Evan Hansen and Glee), for which he also directed the music video. He’s a skilled photographer, which has helped him make money between acting gigs.

As a young performer who didn’t see himself onstage, Pope hopes he’s that face in lights for another young boy or girl in the crowd. As he reflects on the theater season so far, tears start to fill his eyes, citing Morisseau and McCraney and all the people who brought him to this moment.

He hasn’t let himself feel emotional yet, particularly on opening night when the energy was at an all-time high. But at curtain call, he glanced into the crowd and saw his younger brother’s face covered in tears and he almost broke.

“It was just like a mirror, he was seeing himself,” Pope said. “And I just know he’s going to do great things because I took a risk. Because he saw himself. It felt tangible, it felt accessible.” 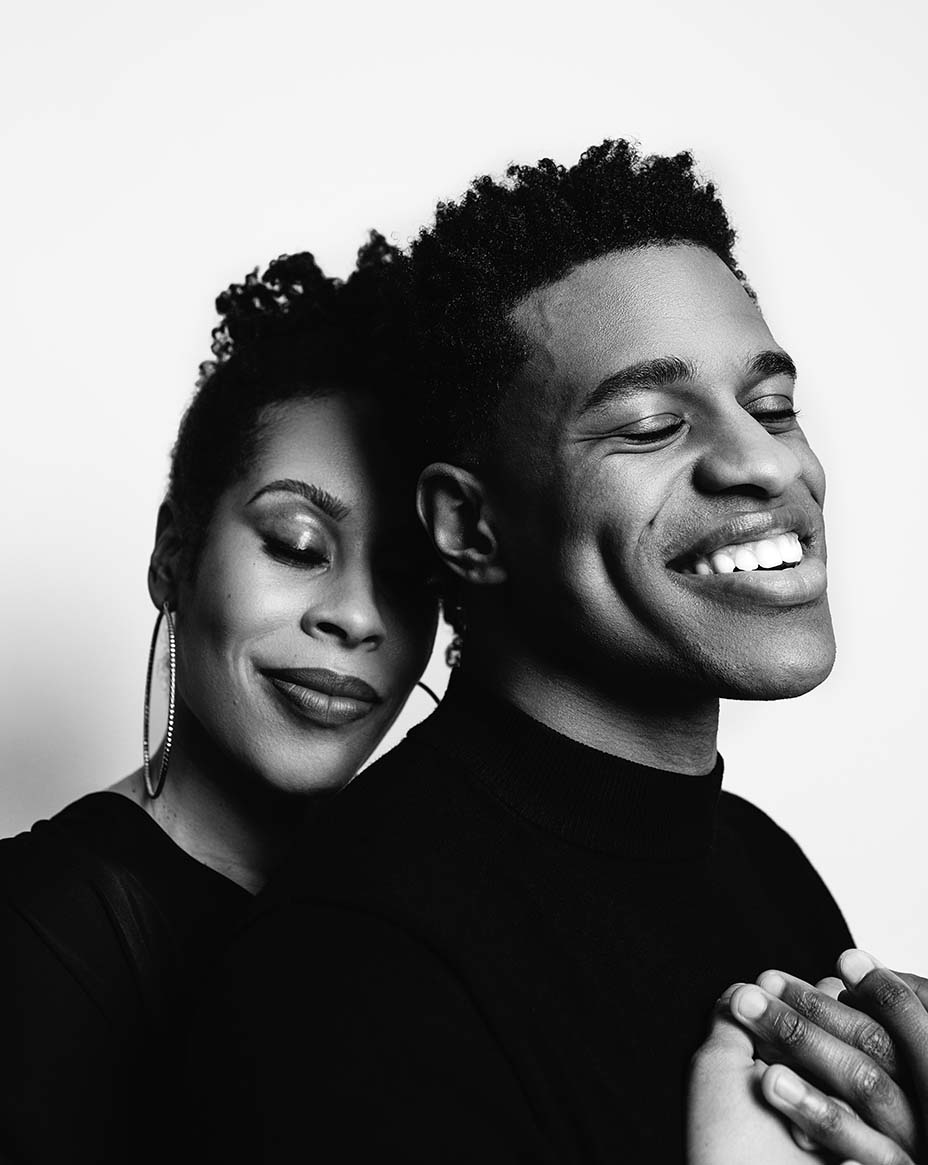