Jeremy Renner and Don Handfield were struggling actors, newly arrived in Los Angeles and living off ramen, when they met at Gold’s Gym in Hollywood about 20 years ago. Handfield went on to pursue a career as a writer-director-producer (including a stint at E!), while Renner stuck to acting and eventually became Oscar-nominated for The Hurt Locker and The Town as well as starring in The Bourne Legacy and the current hit Arrival.

Now they’re back together at The Combine, a five-employee production company that has an overhead deal with PalmStar Media, investor Kevin Frakes’ film-finance vehicle. Even though Renner appears as Hawkeye in the Avengers movies, he and his partner’s goal is not to make expensive studio tentpoles but rather low- to mid-budget specialty films, along with telefilms and series. Renner, 45, cites The Shawshank Redemption, Braveheart and A Clockwork Orange among his favorite films, while Handfield, also 45, mentions television shows including Game of Thrones and Silicon Valley.

The duo produced 2014’s Kill the Messenger and 2015’s The Throwaways, but their highest-profile bet yet is The Founder, about the real-life Ray Kroc and how he wrested control of McDonald’s from the brothers who founded the fast food enterprise. That movie, which stars Michael Keaton as Kroc and had a budget of $15 million to $20 million, is getting a one-week awards-qualifying run starting Dec. 7, followed by a wider release Jan. 20 from The Weinstein Co.

“Kroc was 52; he had diabetes, thyroid problems, heart problems; he was an alcoholic [when he got involved with the McDonalds],” says Handfield, who before he obtained the McDonald family life rights was fascinated by the late-blooming businessman. Handfield, a married father of two young children (his wife is actress Tressa DiFiglia), and the single Renner (who has a 3-year-old daughter) spoke with THR in their Culver City loft about their filmmaking style, their TV plans and whether Renner will make another Bourne or Avengers movie.

At what point did you start talking about creating a company?

JEREMY RENNER Around The Hurt Locker Oscar time [in 2010]. It was getting busy for me, and I was working a lot. I felt like, “Wow, I’d be an asshole to let opportunities slip by because my bandwidth is so limited.” So we came together. And because we knew each other so well, there was a shorthand. He’s a structure guy, and I’m more of the character guy, and I thought we’d be a good team.

Why did you call your company The Combine?

DON HANDFIELD It was two friends coming together. And then I was doing some research and found out that in the 1920s they called the Irish Mafia “the combine.” That was cool.

Michael Keaton's 'The Founder' to Get Early December Awards-Qualifying Run

How did you obtain rights to the McDonald family?

HANDFIELD I was Googling, and I found that one of the reasons the McDonald brothers sold [their rights to Kroc] was that they had another idea, like Motel 6 before Motel 6 existed. I read that Dick McDonald had invested in a remote, one-off, tiny motel in Massachusetts. I called and got the night manager. I was like, “This is kind of a strange request: Does one of the McDonald brothers own this thing?” And he’s like, “Well, yeah.” And the grandson of Dick McDonald called me three days later and said, “We’ve been waiting 50 years for someone to tell our story, and no one reached out.” 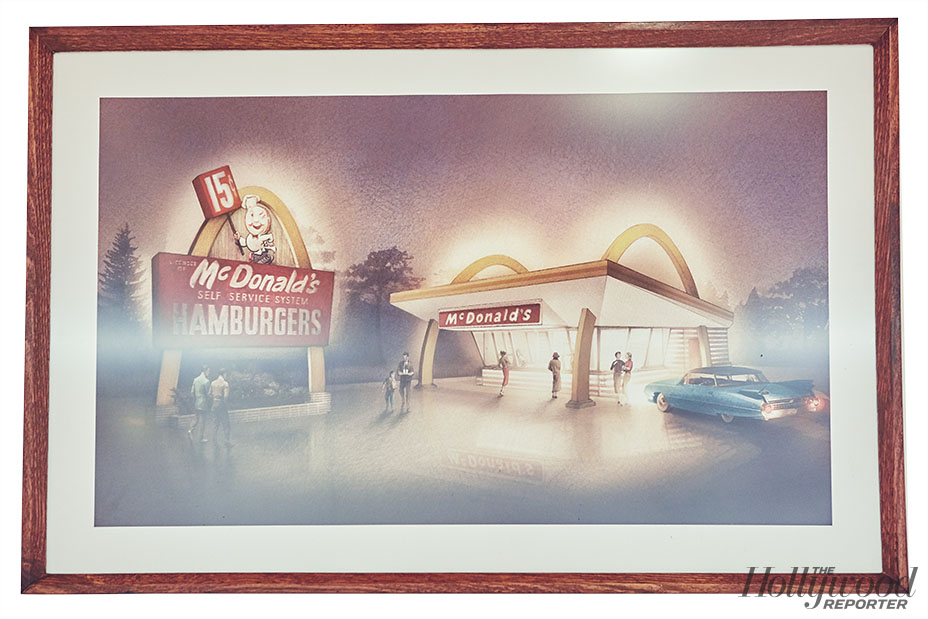 What was it that made you go with the Weinsteins?

HANDFIELD When we went in there, they had 30 mock-up posters done of how they’d market the film.

RENNER As that was happening, [director] David O. Russell called and was saying wonderful things about Harvey because of Silver Linings Playbook and the NFL stuff. [Weinstein accused the NFL Network of “censorship” when it dropped an interview with stars Bradley Cooper and Chris Tucker over a character betting on football.] They can navigate those waters of dealing with the McDonald’s brand.

HANDFIELD The great thing about Harvey is, if you’re dealing with McDonald’s, this major corporation, he’s not afraid of that. He would step into that. 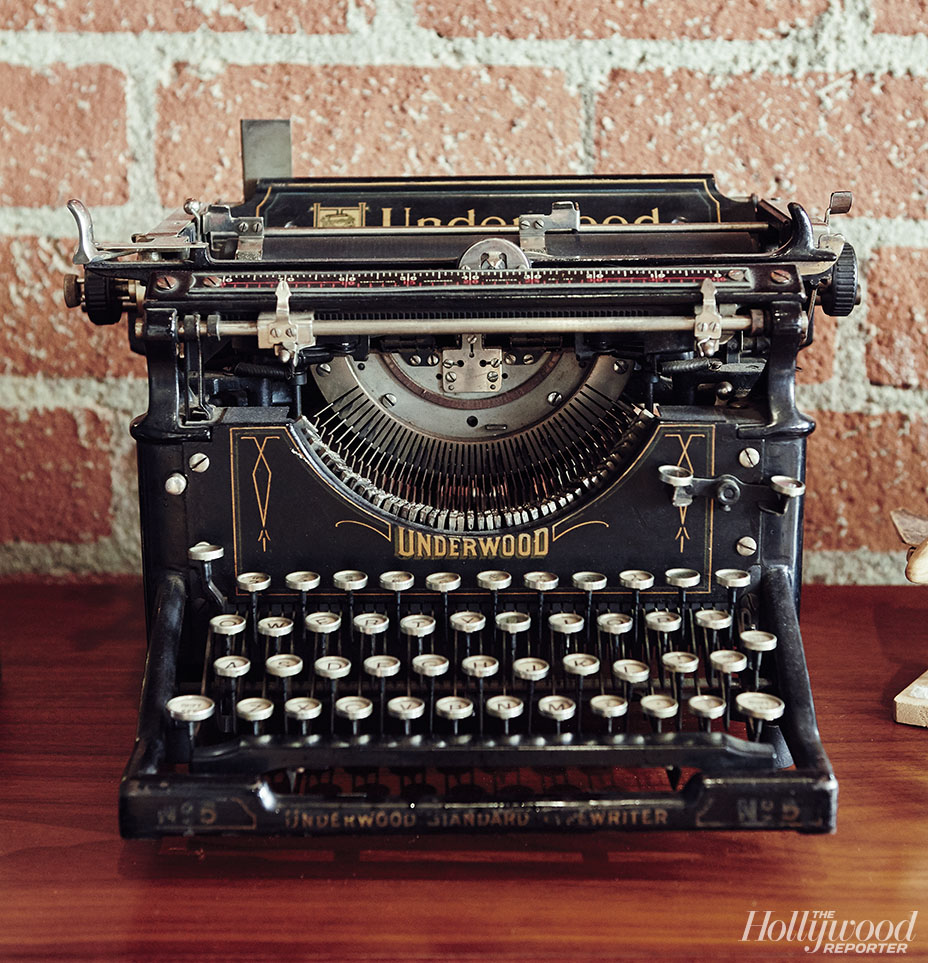 The film’s release has been delayed twice. Have they lived up to their promises?

HANDFIELD That remains to be seen. There’s still time.

RENNER They had their specific plan of getting it [released] toward the end of August; then I think Harvey had some other thoughts about putting it out in awards-season time. It’ll generate noise that way. Good movies rise to the top.

What was your goal in producing?

RENNER I didn’t want to always be — I don’t want to say a victim, but reactive to where the movie takes me. I was always on the road, and boy did I go on the road for like five years, and I didn’t sleep in my bed for two months of those five years. The idea was, “Let’s work a little smarter and not so hard.” Because I [don’t want to] realize at the end of my life, “Wow, I haven’t had any shared experiences with the people I love.”

What niche do you want to fill as producers?

RENNER There’s only 12 stories to be told, and we have to find new, interesting worlds to set them in. Slingshot is a great example [a film Renner and Handfield are developing]. It’s a David and Goliath story set in this rally world. No one in America knows what rally racing is, and it’s the third-most-popular sport in the world.

HANDFIELD We also wanted to fill the gap in the studio pipeline, the $15 million to $35 million features that aren’t being made there anymore. 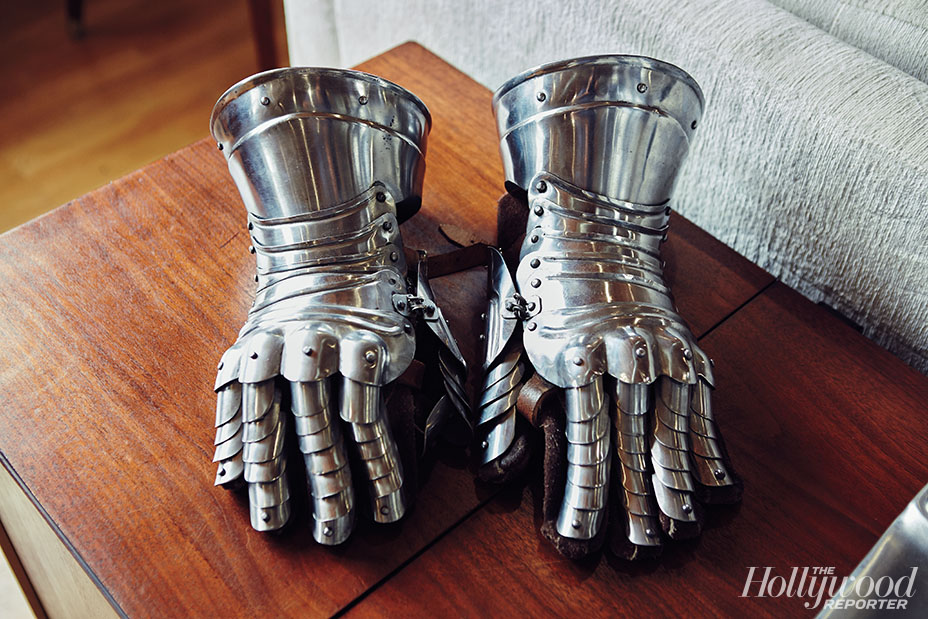 What else are you developing?

RENNER Half our projects are for me, half are for someone else. We don’t want to develop films now, we want to make movies — from the [untitled] Steve McQueen biography to King of Heists, about the biggest bank robbery in American history; and a story about Doc Holliday, whom I find an interesting character.

You’re moving into television, too.

HANDFIELD We have a television division and a show in development, Playing With Fire, and have Knightfall, about the Knights Templar, at History channel; we’re finishing season one and they’re talking about season two. We’re going into reality television, too.

Would you do another Bourne?

RENNER I don’t get to make those decisions. They were going down some road with [director] Justin Lin, and there was a script they were working on. And then Matt Damon and Paul Greengrass did another one. They can’t have two at the same time. Again, these are decisions I don’t get to make. Is it a character I love? Yes.

Are you doing more Avengers? Will there be a Hawkeye spinoff?

RENNER I don’t really know if there’ll be a Hawkeye movie. It’s really been fun. We’re making Avengers 3 and 4 next year, back-to-back. I haven’t seen the scripts.

Then what will you do to relax?

RENNER Spend time with my child. Relaxing is not something I do! 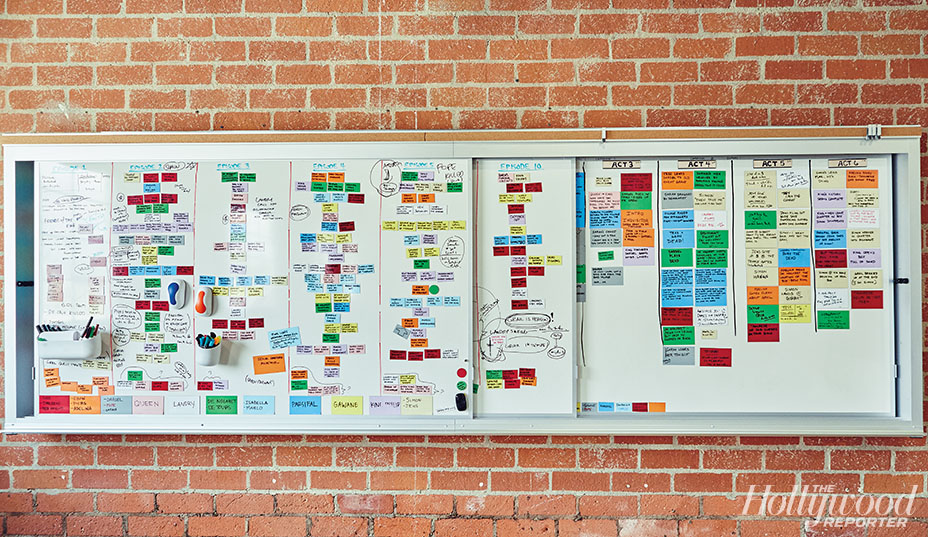 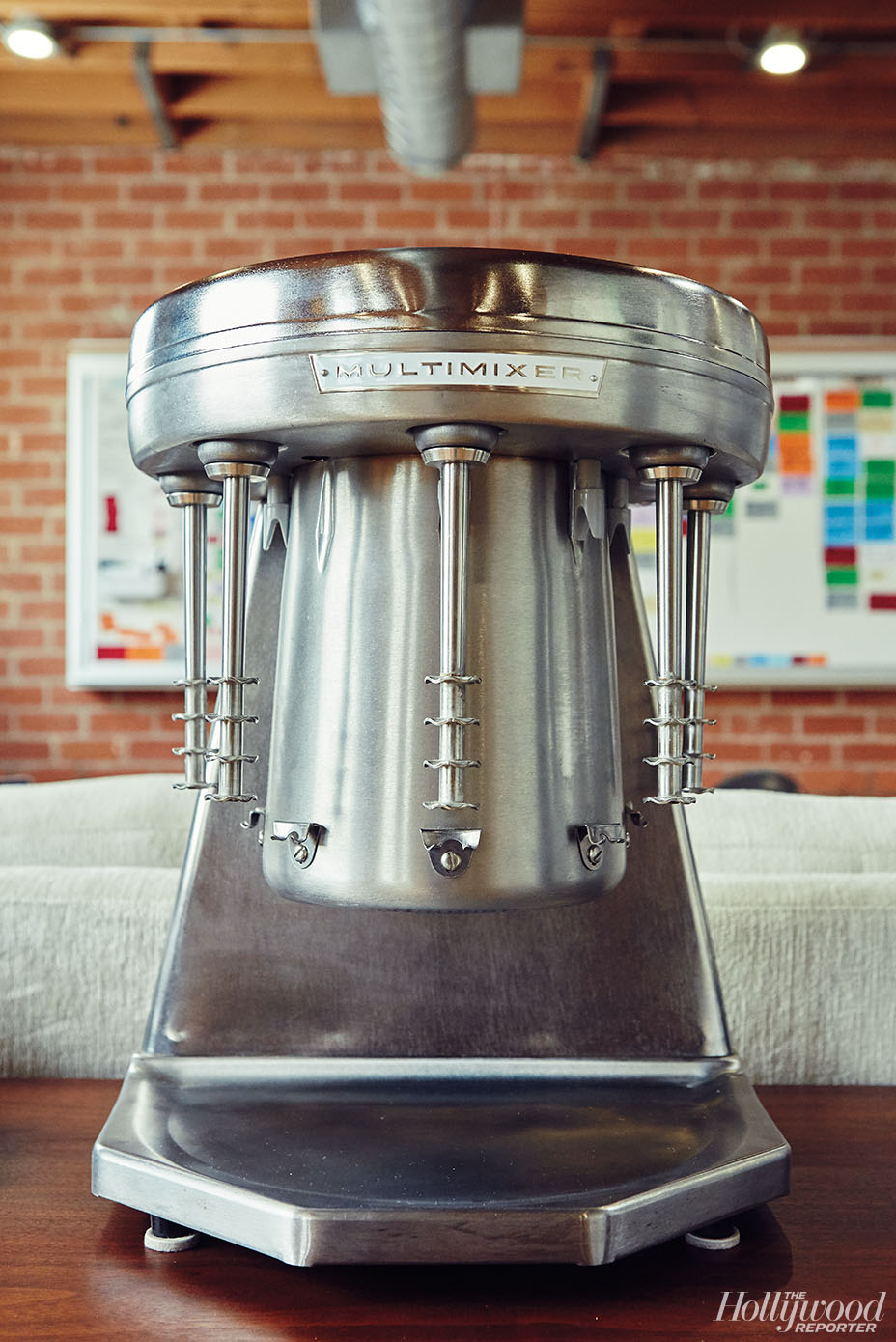