With six days until New York Fashion Week kicks off, not many designers might venture out of their studios, especially on a night when the temperature dipped into the single digits. But the premiere of the iconic two-floor restaurant L’Avenue at Saks Fifth Avenue was an irresistible lure.

“I usually put myself on a social hiatus the week before my show, but L’Avenue in Paris is like the centrifugal force of the fashion community – not only during a fashion week, but also for the fabric shows, the whole industry is there,” said Alice & Olivia creative director and CEO Stacey Bendet, who noted that she’s been going to the chic restaurant on the city’s Avenue Montaigne since she was 20 years old. “Saks is also a wonderful partner for us; so when they asked, of course I said ‘yes.’”

Carolina Herrera creative director Wes Gordon (in attendance with model Grace Elizabeth, who wore the dramatic ruffled bustier in flamingo pink from the pre-fall 2019 Carolina Herrera collection) agreed: “When you’re in Paris for a week away from home, L’Avenue is home. Everyone’s getting ready for their shows. And even though you’re thinking, ‘How can I do this, how can I take time out of the office and go to dinner?’ these pre-Fashion Week events end up being really nice; they reinforce that community spirit of New York Fashion Week.” 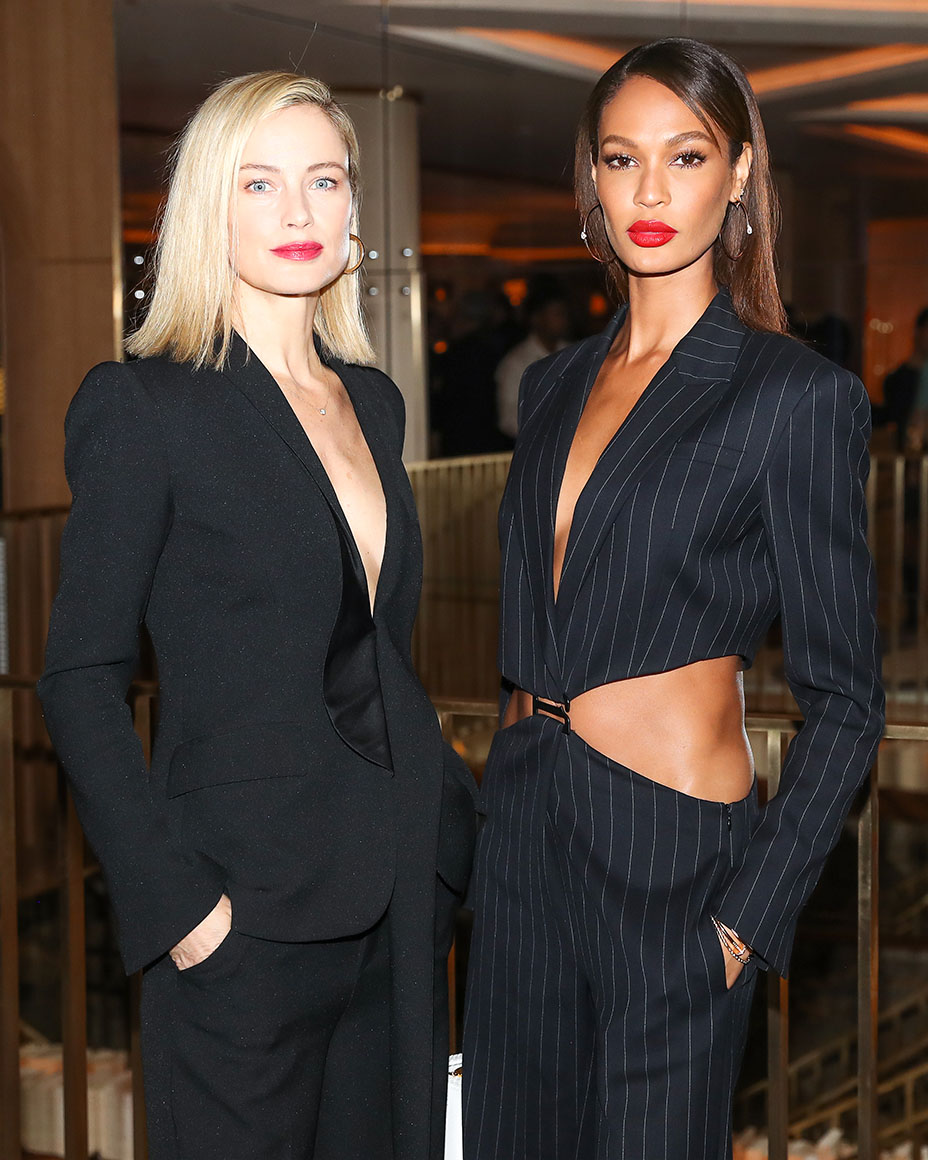 As for the retailer’s partnership with the Costes family, which also counts Paris’ Hotel Costes and its courtyard restaurant (another spot favored by the fashion industry) among its holdings, Metrick said: “I’ve been at Saks for more than 20 years, and it’s a conversation we’ve thrown around for a long time. When the opportunity arose to redo the store, we knew we had the chance to create something special. As we’ve always done, we’re bringing a bit of Paris to New York, and we know the fashion industry is excited to join us here.”

Designed by Philippe Starck (among the guests with his wife, Jasmine), L’Avenue at Saks, as it’s officially known, comprises of a lower-level bar and lounge space known as the Chalet, which it indeed resembles with cozy seating situated around a fireplace, and a main dining space on the store’s ninth floor, washed in a warm palette of blond wood with caramel-toned leather banquettes and arched windows that offer a pristine view of Rockefeller Center. Tables are separated from the restaurant-level bar with a couches and chairs accented with textural pillows and tables stacked with books, creating a welcoming, living room-like vibe. 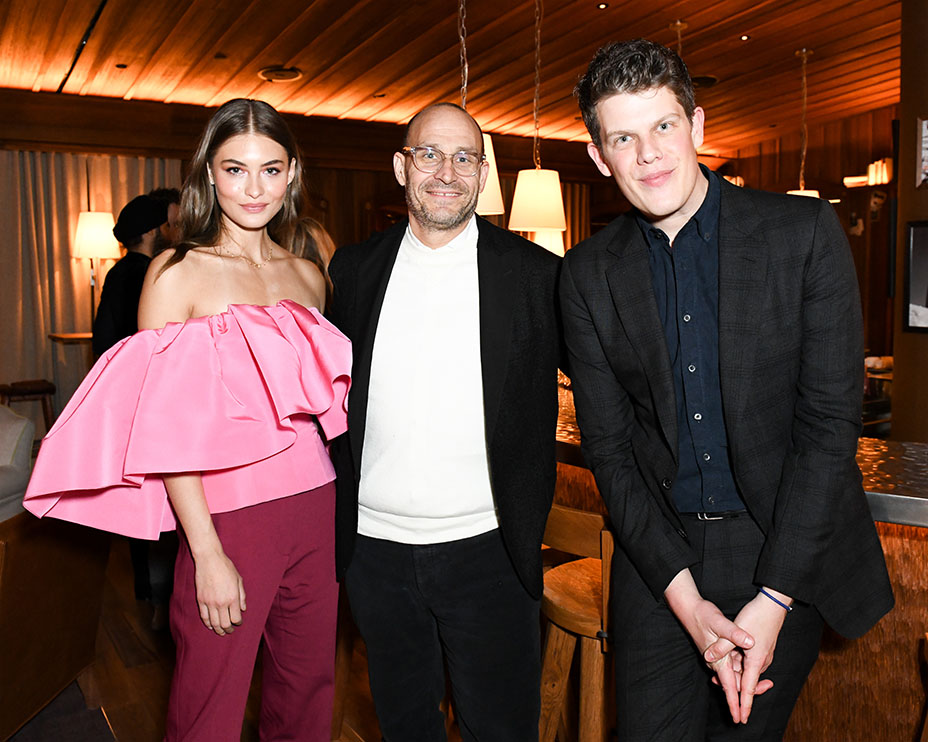 Fans of L’Avenue in Paris likewise were excited to see that the menu feels equal parts familiar and enhanced, with Thursday night’s dinner including dishes like spicy tuna tartar with avocado, black truffle risotto and creamy morel rigatoni — and for dessert, luscious sweets from Pierre Herme, the famed pastry chef and chocolatier. If diners skip dessert, they’ll have another chance to rethink that decision before leaving, as there’s a case filled with Herme’s artful confections at the restaurant’s entrance.

“In Paris at L’Avenue, you see all your colleagues gathered in the same room for drinks and dinner, and that’s what this is about as well,” Gordon said. “What a nice treat on a cold night.”

Just in time for New York Fashion Week, L’Avenue at Saks Fifth Avenue opens to the public on Monday, Feb. 4. 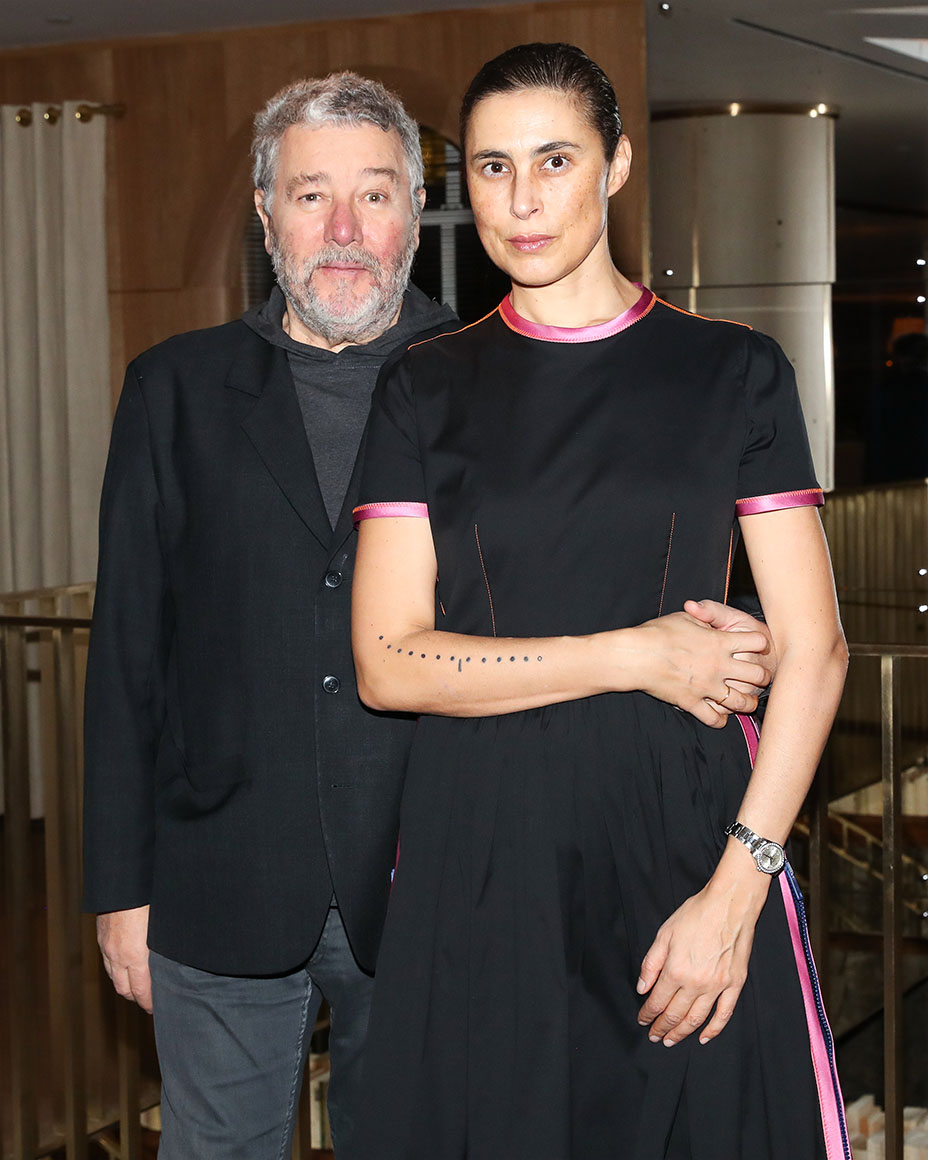