The Santa Ana winds may have brought down Jessica Chastain’s intended hair-do, but an abundance of hot topics were brought up at The Zookeeper’s Wife L.A. premiere Monday night at the Arclight Hollywood.

“Well you know, it’s interesting, at the time that we were making this, we anticipated that Hilary Clinton was going to win the presidency,” producer Kim Zubick told The Hollywood Reporter. “So we were excited because we were going to be releasing a film that was about the empowerment of women.”

“We’ve definitely got to a point in time where this really, kind of, hits correctly — but I think that’s a good thing,” Chastain’s co-star Iddo Goldberg pointed out. “I think that’s something that we should celebrate, and if it would’ve happened at another time, we would’ve lost a part of the meaning.” 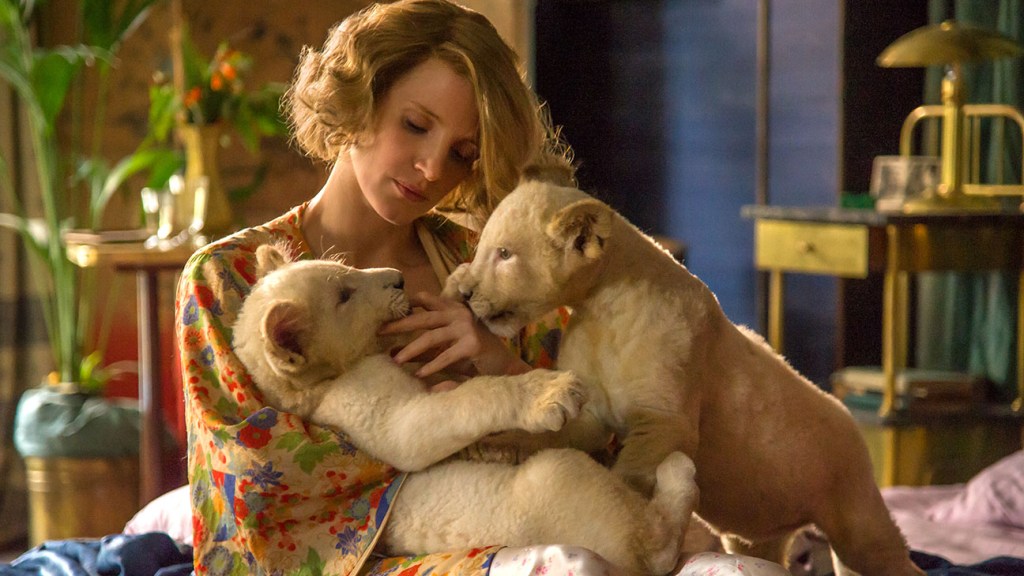 A huge part of that meaning being the real-life character of Antonina Zabinska and the true story of keepers of the Warsaw Zoo, who helped save hundreds of people and animals during World War II.

When asked about a shared characteristic with Zabinska, Chastain spoke about worth: “You know what she had which I loved? She thought all living creatures were equal. She saw everyone as a miracle and worthy to protect. And I like that.”

Cast members felt like they were able to tell their own stories through their characters.

Efrat Dor told THR, “It was kind of funny, [my grandma] said, ‘Oh, I have so many stories to tell you. I don’t know, maybe I’ll give you a lot of scenes for the script,’ and I was like, ‘Well, you know what Nana, I kind of feel like the script is done right now, but I’ll let them know!’ I can’t even imagine how she would feel to watch it.”

And Chastain shed light on refugee crisis through an example that we all know well.

“I was just at the Holocaust museum in D.C, and you learn so much about how many refugees were trying to get into the United States and they were denied. Anne Frank’s family was denied entry into the United States, they were denied a visa twice,” she said. “And we read the book, The Diary of Anne Frank, in school, but we’re not taught that we locked her out of our country.”

As to the cast’s ability to be as heroic and righteous as Zabinska, for many of them it was hard to say. When asked whether or not they would be willing to hide refugees or immigrants in their homes, the common answer was, “I don’t know.”

Director Niki Caro was hesitant. “I want to say yes, but I have children. I have to say, ‘I don’t know.'”

And although his character Jan Zabinska was quite the savior, Johan Heldenbergh had similar drawbacks as Caro.

“Of course I would, but I don’t know if I would put the life of my children at sake.” Heldenbergh told THR. “That’s heroism for you.”

The Zookeepers Wife opens in theaters Mar. 30. Watch the trailer below: