The San Francisco headquarters of CBS Interactive is far from entertainment hubs in New York and Los Angeles, but you wouldn’t know it walking into the corner office of CEO Jim Lanzone. A career spent in digital — at IAC’s Ask.com and investment firm Redpoint Ventures — belies his passion for show business, which is on display in the Friday Night Lights and Magnum, P.I. paraphernalia that adorns his office. “I consume an unhealthy amount of television,” says Lanzone, 45.

So it was a natural fit when CBS acquired Lanzone’s internet TV guide, Clicker Media, in 2011 and installed him to oversee its digital business, which encompasses all CBS online properties as well as brands including tech blog CNET and listing site TV Guide that reach nearly 168 million people a month, according to comScore.

After he arrived, he helped put together a plan to take CBS over the top with streaming service CBS All Access, which launched with live and on-demand programming in October 2014 and now has about 1 million subscribers paying at least $6 per month. Lanzone and his team also are overseeing All Access’ push into original shows (with CBS Television Studios), following the fall launch of Big Brother: Over the Top with the planned 2017 releases of The Good Wife spinoff The Good Fight (Feb. 19) and Star Trek: Discovery (May). “One of the biggest strategic bets we’re making is in original programming,” says Lanzone, who notes that they are targeting three or four originals a year at first. “We’re making a new kind of show for CBS, one that is more similar to premium cable.”

Meanwhile, he oversees CBSN, the 24-hour streaming news network, with CBS News’ David Rhodes. And, as of June, he’s in charge of digital efforts across CBS Corp. as chief digital officer. Lanzone — who lives with his wife, a former prosecutor, and three children in the East Bay — invited THR to his downtown San Francisco office to discuss All Access’ big 2017, those NFL ratings declines and his relationship with CBS CEO Leslie Moonves.

Moonves has said he had to be convinced to take CBS over the top. What was that process like?

We started pitching the business plan four years ago, building it three years ago. It’s funny. I remember HBO announced HBO Now the day before we announced CBS All Access. We actually launched it that day, but people who didn’t pay attention said we launched it in reaction to HBO. I’m like, “That took over a year to build. We didn’t do that in 24 hours.” HBO didn’t launch HBO Now for six more months. 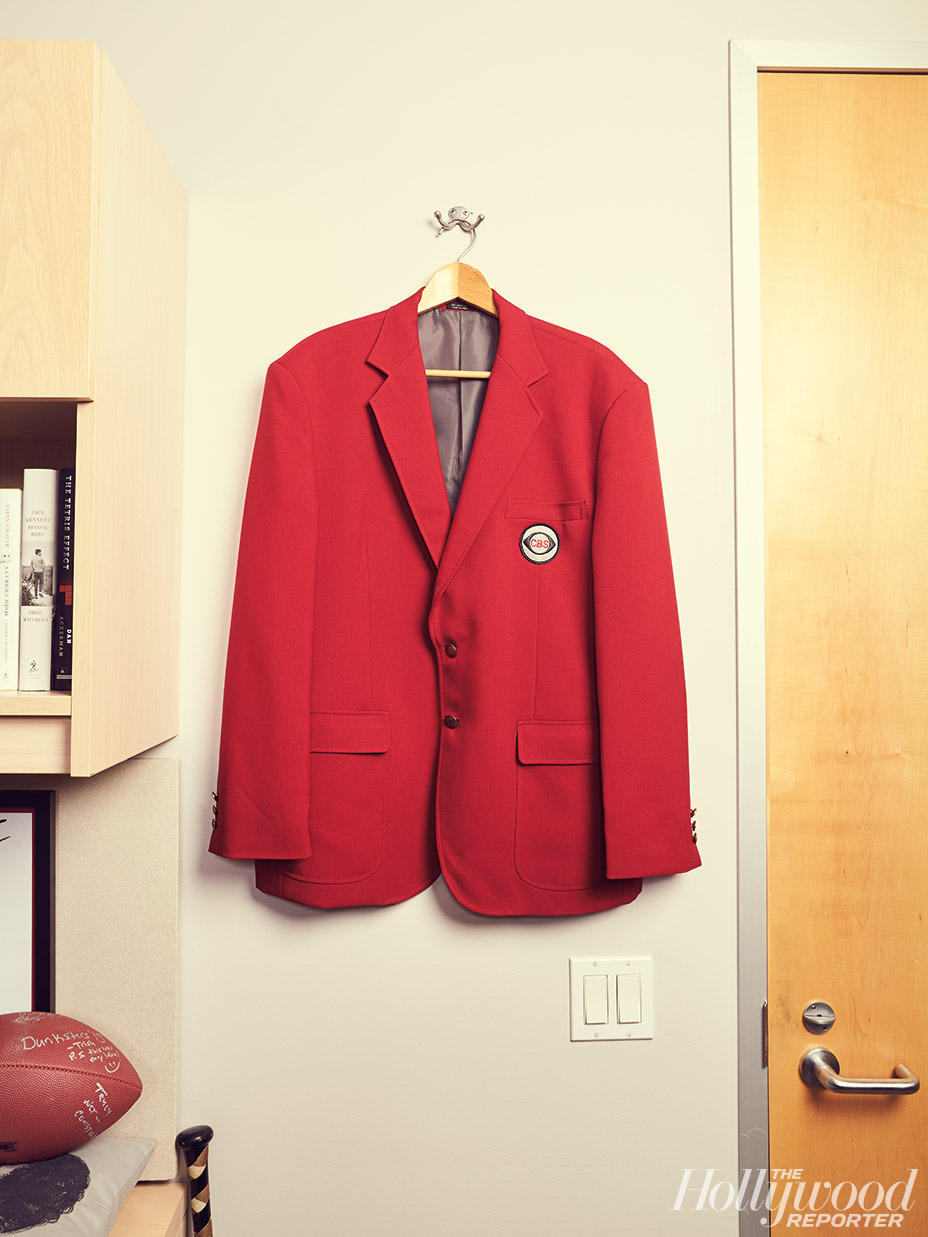 What changed between the pitch and launch that made All Access possible?

When I arrived here, 6 percent of our traffic was mobile. Now over 60 percent of our traffic is mobile. We did not have an iPad app at the time. We had to put business plans together for the transition from desktop into mobile and then from desktop and mobile into OTT, which is now a majority of the viewing of CBS All Access on a volume basis. The other part of the plan was moving beyond a pure advertising-based method of monetizing this content into a subscription tier. We decided that we needed to hang our own shingle for the CBS brand.

The most successful version would be one that hits 4 million subscribers by 2020, has a healthy amount of usage and supports our overall strategy of being multiplatform. Les has said CBS is no longer just a broadcast television network, we’re a premium content company that delivers content everywhere users want to consume it. That truly has become the internal mantra. 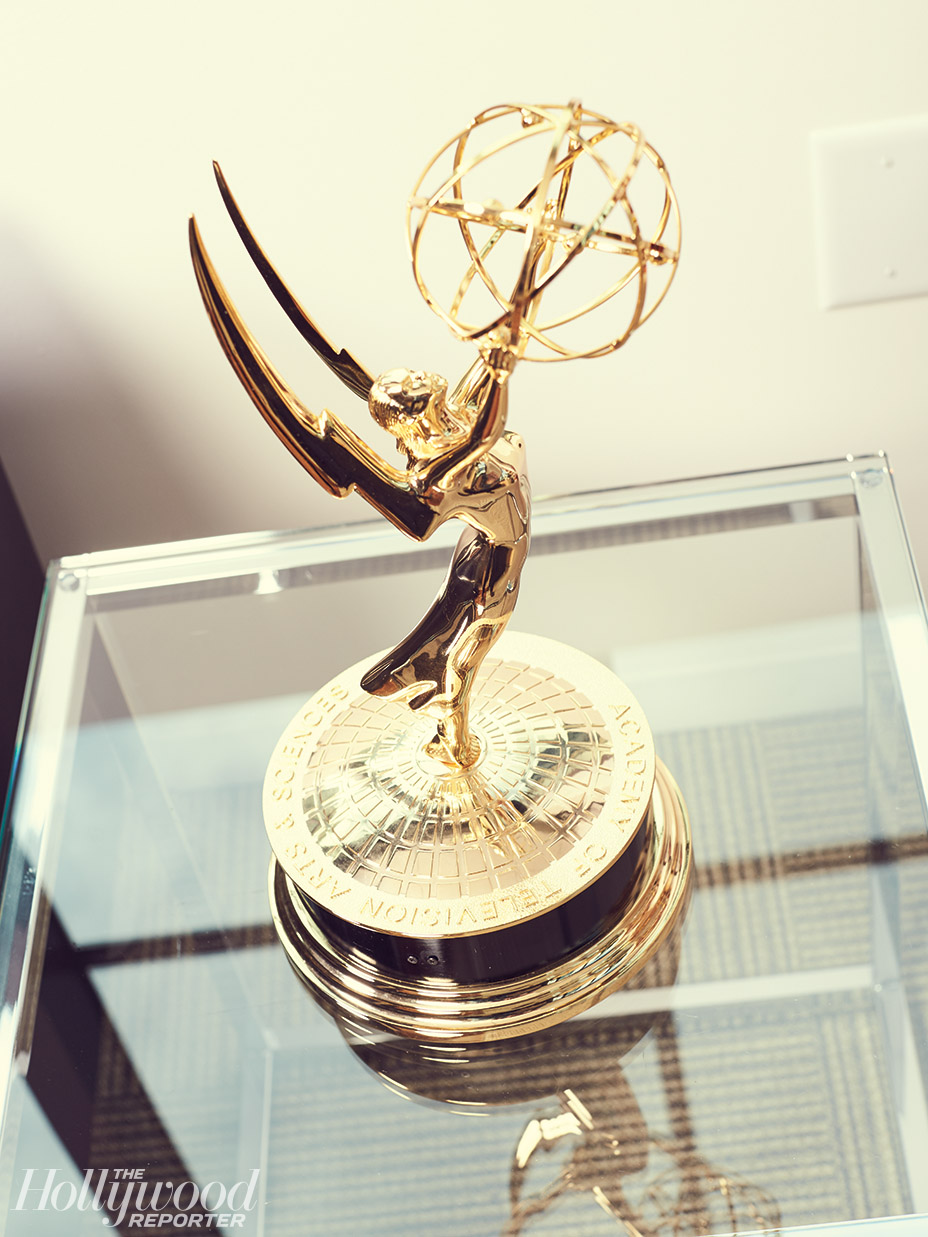 What will be the differentiator between an All Access show and a CBS broadcast show?

We almost look at CBS All Access as the center point of a diagram of Showtime and CBS proper. We can be both. Remember, the No. 1 reason people are subscribing to All Access is to consume CBS programming. Certain types of shows do better online than they do proportionately on broadcast. Big Bang Theory is No. 1 on both. NCIS is the No. 1 drama on both. But Good Wife did phenomenally well online. The same thing was true for How I Met Your Mother. We’re being opportunistic. The shows that we do that are successful will then tell you what other kinds of shows we’ll make.

What was behind Bryan Fuller’s high-profile exit from Star Trek?

He deepened his commitment to American Gods [for Starz], the other show that he was making. Our time frame did not wind up [lining up] with the time frame of the show that he was already committed to. The good news is we have his entire vision for the show. He’s still the show’s creator. And Alex Kurtzman is still the executive producer. It’s essentially the same team, but his full-time commitment was not something we were able to secure.

What has been the feedback from talent as you try to attract them to this new platform?

Everyone’s viewed this as CBS going even bigger and bolder. I don’t think anyone’s viewing it as an upstart. This is still a ship with Les Moonves as captain and everybody’s excited to be a crewmate on that ship. 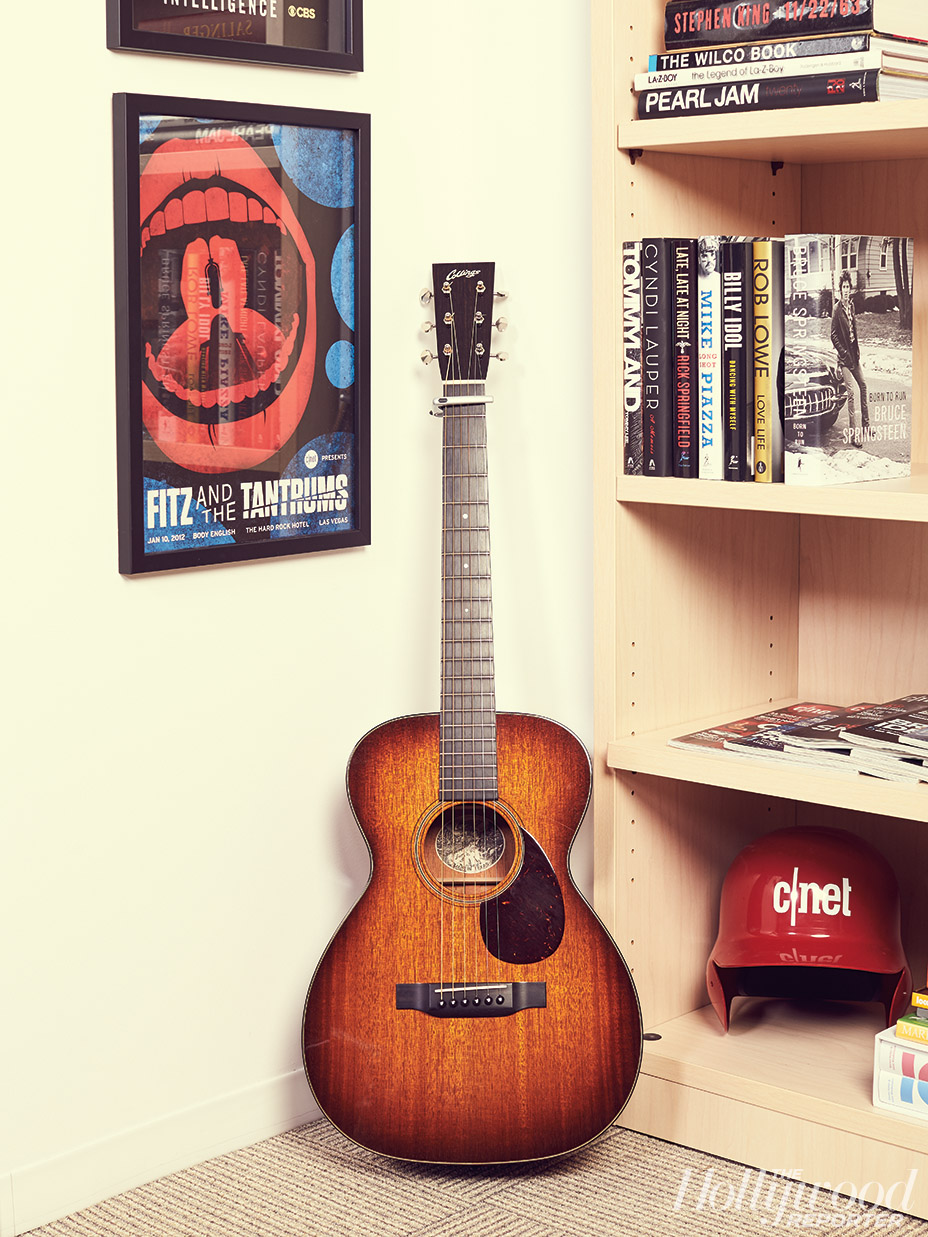 How did you finally secure live NFL games for All Access?

I don’t think it was anything that dramatic. We just had to reach the right terms with the NFL. We have a great overall partnership. We owe that to Les and [NFL Commissioner Roger Goodell], so that was done in partnership.

Now that All Access has landed NFL games, are you worried about the recent ratings drops?

It’s unclear whether those are anomalies or not. We’re always concerned about who’s watching our shows, but nobody was in panic mode over them. You did have the election, you did have Tom Brady suspended the first four games. There were a lot of things that could have been coming into play, but we’ve had some of our best-rated games ever the past few weeks.

CBSN just wrapped its first election cycle since launch. What were the takeaways?

The election was almost 10 times larger than any other previous event. It was almost 20 million streams. And these are not two-second or three-second streams the way we’ve been seeing reported from online platforms. These are people consuming over an hour on certain platforms. Since the election, the audience has been substantially higher as well.

How does the CBSN audience differ from that of linear CBS News broadcasts?

Similar to CBS.com, while a minority of viewers are OTT, the highest percentage of TV viewing hours is OTT. I also think it’s interesting that the average age of CBSN is under 40 years old, which is 20 years younger than broadcast. Talk about a millennial audience, we’re getting a younger audience than Vice’s cable channel.

Stallone Daughters on Miss Golden Globe Gig: "This Is Our Moment"

What would you have done with, say, MTV News if the Viacom and CBS merger had happened?

We can essentially run anything that’s brought in here. We’re a top 10 property. I believe those properties are ranked much lower. So, from a volume perspective, it wouldn’t have changed our world immensely. Look across the industry, there’s a lot of different things that could add value to us, so I’m open to whatever Les throws our way.

Describe your relationship with Les.

He’s an amazing picker of talent. He encourages teamwork, and he really lets you run. Silicon Valley people tend to move around pretty often, and people will always say to me, “When are you going to do another startup?” And really, CBS has been a pleasant surprise to me as a place to be creative.

What TV are you watching right now?

At most times I’m watching at least 10 shows in addition to news and sports. One of my favorites right now is Life in Pieces. It’s a fantastic show. I’ve been loving Atlanta, You’re the Worst and Search Party. [The second season of] Billions launches in February so I’m excited about that. My favorite movie of the year is Hell or High Water, which is a CBS film. Chris Pine was like a revelation in it. 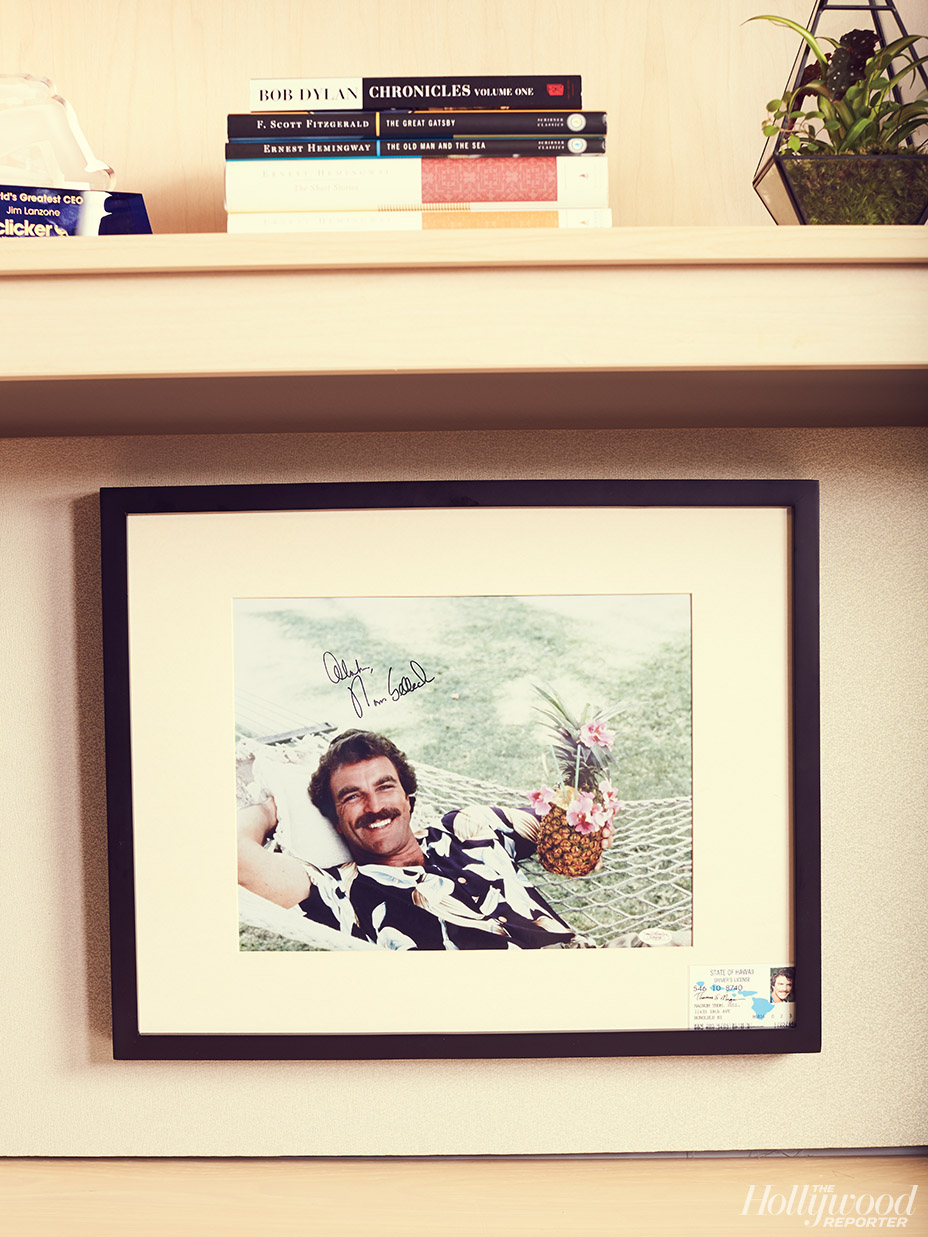