On April 21, Jimmy Kimmel and wife Molly McNearney welcomed their son, William “Billy” John, into the world, only to learn that he had a rare heart defect. At just 3 days old, Billy underwent emergency surgery at Children’s Hospital Los Angeles. And in a tearful monologue 10 days later on Jimmy Kimmel Live!, the host shared his ordeal with viewers, along with a plea on behalf of the Affordable Care Act: an emotional 13-minute speech that transfixed the nation and rocked the health care debate. Three months later, Kimmel offers an update on his son, more praise for the heroics at Children’s Hospital and some (very) cautious optimism about the future of health care.

He’s doing great. Young Billy made his first visit to our office today. He’s juggling. He’s translating Flaubert from French into English. He’s really an amazing kid. No — he smiles. That’s pretty much it. He is very interested in ceiling fans. He likes those a lot. I could get him to pay the same amount for Netflix just to watch ceiling fans.

He has to have two more open heart surgeries. We would like to get them over with and not have to think about it all the time, but it could definitely be worse.

Were you conflicted about addressing this on your show?

I knew I had to say something, and I knew that I would get emotional. It occurred to me that maybe we could make it into something positive. I had a lot of time to think at the hospital, and it just so happened that our government was deciding whether or not millions of people should have health care at that time. I think it made a big impact on American citizens. I’m not sure, based on how our so-called leaders voted, whether it made a big impact on the Senate or House. 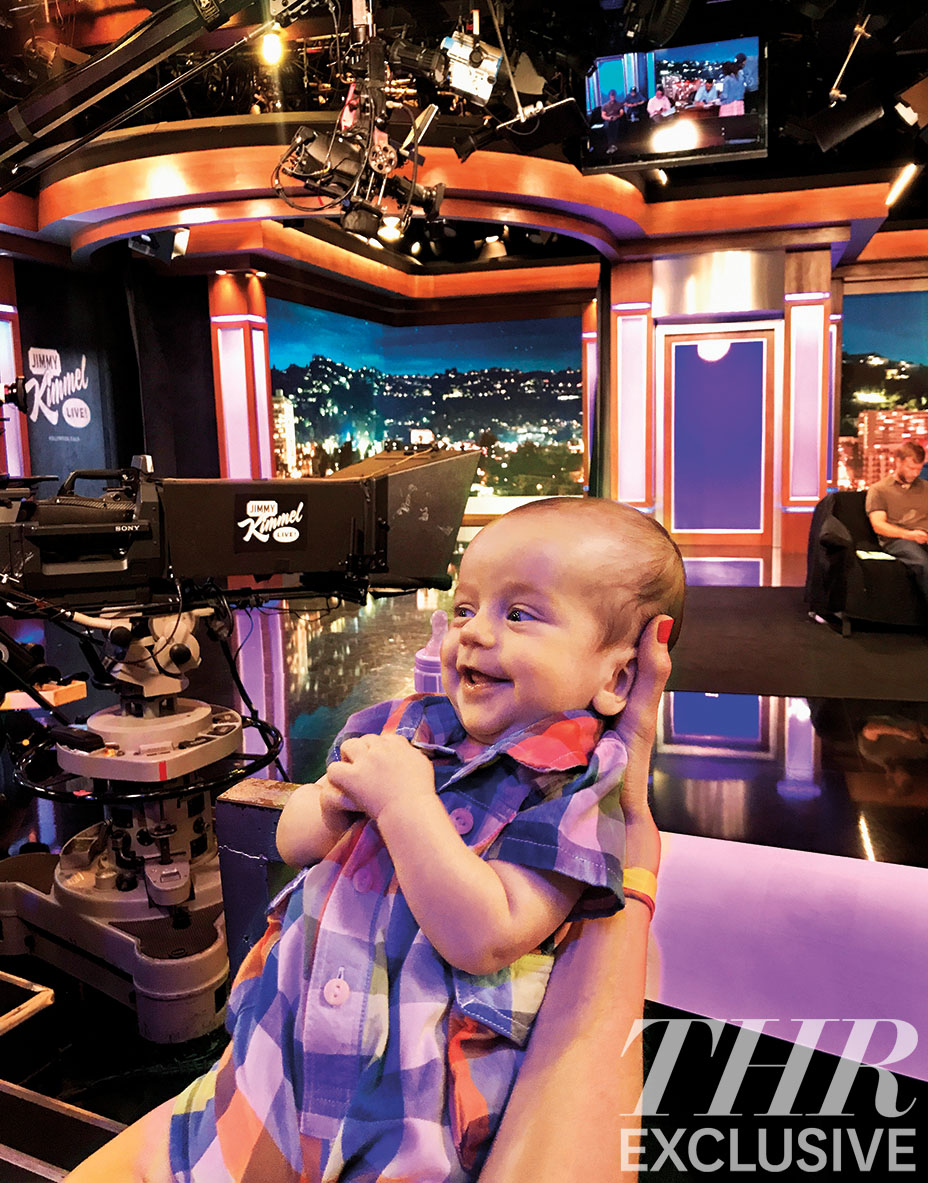 What kinds of emotions did the Senate debate over Obamacare stir in you?

I don’t see what the difference between health care and education is. Every kid should have a right to an education. We don’t seem to have a problem with paying for that. I was relieved when the [GOP bills] failed to pass, but it’s far from over. I worry that those who oppose Obamacare are going to do everything they can to make sure it doesn’t work. Nothing is perfect, but when people are working against something, it makes it a tough road. I worry that these politicians don’t care about the people they represent. I have spoken with so many people who strongly believe the reason they are alive or their brother is alive or their parents are alive is the Affordable Health Care Act. It’s undeniable if you talk to people.

Obama tweeted to you about your monologue. Did he reach out privately as well?

He sent a very nice letter. He wished us the best and thanked us for speaking. President Clinton sent a letter. President [George W.] Bush sent a very nice letter. A number of congresspeople sent notes. My goal always is to not make this a red or blue issue, because I don’t think it is. If the opinion polls are to be believed, more than 80 percent of Americans support some kind of health insurance plan that works. It’s clear that these politicians aren’t listening to the people. That’s why it’s very important when you’re making your donations to remember places like Children’s Hospital Los Angeles and hospitals like it across the country. A lot of the children [at CHLA] have cancer and other things that are really horrible. Things that aren’t solved with two or three operations. It was obvious that many of them were low-income kids. To know that this hospital was taking care of them no matter what, no matter if we have universal health care in this country or not, is really impressive.

Was your first instinct to take Billy to CHLA when you detected something was wrong?

No, definitely not. We didn’t know anything about heart surgery. When I say the Pledge of Allegiance, it takes me a moment to remember which hand to put my heart on. We didn’t have any special knowledge in this area. We have a great pediatrician named Scott Cohen who highly recommended Children’s Hospital. I will say even the doctors at Cedars Sinai recommended we do this surgery at Children’s Hospital. They all felt that would be the best place for us. Billy was tiny at the time. You want to go with somebody who does this six times a week.

And you didn’t have your wife with you during this emergency.

Right. She had just given birth a few hours earlier and was still in the recovery room. I thought I was accompanying my son to a routine check-up [but it] became a very serious situation very quickly. I didn’t have my cellphone to tell my wife what was going on. She started to worry about an hour after I left and the doctor had to go in and tell her what was going on.

I can’t imagine how stressful that must have been.

I felt like I was in an episode of a television show where something terrible was happening. There were a lot of people scrambling around. At that point, I knew there was nothing I could do. They were all very good about keeping me abreast of what was happening, but I wanted them to just focus on him and not worry about me. The surgery itself took less time than we were told it would — about two hours. We were surprised when the doctor walked in and told us it went well. My whole family came to the hospital. We were worried getting through that time but my cousins Sal, Ivy and Mickey showed up and started making fun of everyone else in the family. Somehow, we managed to laugh through the whole day.

Ellen DeGeneres has said she would not have the president on her show. Would you?

I absolutely would. I would love to talk to him about this. I would like to see, as a father and a person who prides himself on speaking the truth, what he thinks. If I were his next-door neighbor and I didn’t have health insurance for my child, I find it hard to believe he would ignore that.