Joanna Cole, the best-selling author of The Magic School Bus series and more than 250 children’s books, has died. She was 75.

Cole died Sunday, The Hollywood Reporter has learned. The cause of death was unknown.

The author created the first Magic School Bus book alongside illustrator Bruce Degen in 1986. The series, published by Scholastic Inc., centers on Ms. Frizzle, who takes her students on virtual bus rides as they embark on adventures to learn science. More than 13 core titles have been published, along with dozens of series tie-ins. The series has sold more than 93 million copies in 13 countries and won awards from the American Booksellers Association, the NEA Foundation and others.

“Joanna Cole had the perfect touch for blending science and story,” Scholastic chairman, president and CEO Dick Robinson said in a statement. “Joanna’s books, packed with equal parts humor and information, made science both easy to understand and fun for the hundreds of millions of children around the world who read her books and watched the award-winning television series.”

Said longtime colleague Degen: “We met in 1984 in the office of the much-missed Craig Walker, the brilliant editor who asked us to work together. We did not know each other. In the world of children’s books, it is not often necessary for illustrator and writer to actually meet, but there were conundrums with MSB. Every page was so complicated, we had to make decisions: how to make it work. Could it work? And we did. Together. And we became friends. What Joanna has meant to the world, what there is in the world because of her, is well known. What she meant to me I can’t describe. Everyone who knew her, worked with her, loved her, knows what a loss it is.” 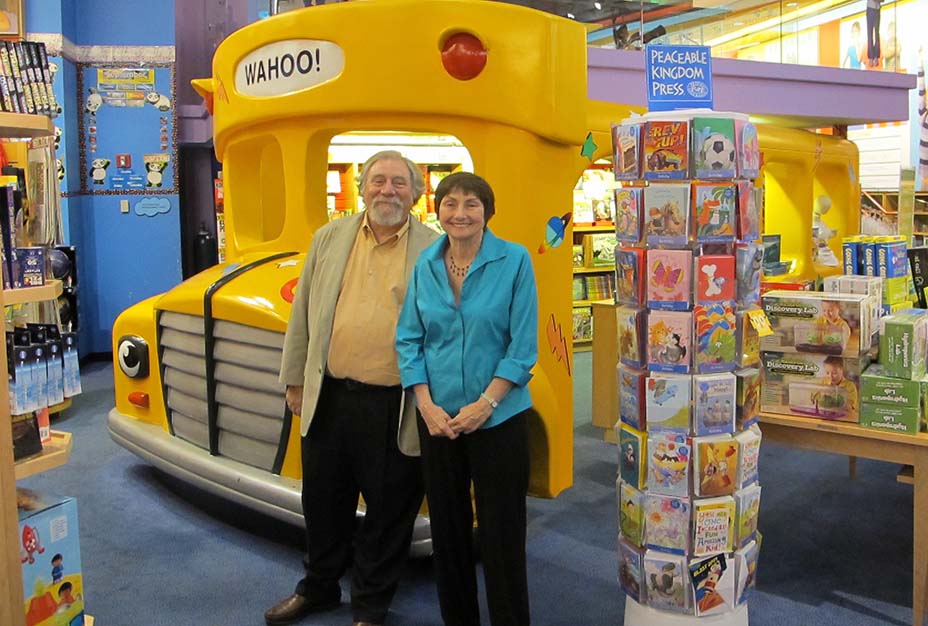 The Magic School Bus animated series, starring Lily Tomlin as Ms. Frizzle, debuted in 1994 from Scholastic Entertainment with support from The National Science Foundation, Microsoft, U.S. Department of Energy and Carnegie Corporation of New York. The series was on air for 18 consecutive years and broadcast in more than 100 countries.

Before her death, Cole and Degen finished The Magic School Bus Explores Human Evolution, which will publish next spring.

Born in 1944 in Newark, New Jersey, Cole had a passion for science and likened her fifth-grade teacher to Ms. Frizzle. She attended the University of Massachusetts and Indiana University before graduating from City College of New York with a B.A. in psychology.

She worked as a school librarian and answered letters for Newsweek before serving as a magazine and children’s book editor and then a full-time writer.

Cole published her first book, Cockroaches, in 1971. Her other works included Bony-Legs, The Clown Arounds and Best Loved Folktales of the World.

Cole is survived by her husband, Phil; her daughter, Rachel, and son-in-law, John; her grandchildren, Annabelle and William; and her sister, Virginia.