After the final statuette is handed out at the SAG Awards, attendees are funneled through exits that all lead to People magazine’s official after party. That’s where Joaquin Phoenix celebrated his best actor nod for Joker, catching up with Brad Pitt and other winners, though only briefly.

Still wearing his tuxedo, Phoenix then skipped the night’s other big party thrown by Netflix at Sunset Tower to head to Vernon, California, site of a local slaughterhouse, so he could join animal rights activists in comforting pigs on their way to the slaughter line.

The group — organized by Los Angeles Animal Save — regularly holds vigils outside processing plant Farmer John, located at 3049 E. Vernon Ave. As trucks drove past carrying pigs, Phoenix and other activists provided water and support. According to a release obtained by The Hollywood Reporter on Monday, the “act of ‘bearing witness’ at peaceful vigils takes place worldwide through the Animal Save Movement’s global network of over 700 grassroots groups, of which L.A. Animal Save is the biggest.”

Phoenix, who keeps a relatively low-profile when it comes to the press, even at high-profile awards shows, did speak with Renee Marinkovich for CNN anchor turned animal rights activist Jane Velez-Mitchell’s media platform Jane Unchained. “Most people don’t really know of the torture and murder in the meat and dairy industry. I’ve seen it for what it is, so I have to be here,” the actor told Marinkovich. “We have moral obligations to talk about it and expose it for what it really is. We are so indoctrinated with these happy images of animals on farms, on the covers of meat containers, at restaurants, and it’s a lie. I think people need to know the truth and we have an obligation to do that.”

It’s not Phoenix’s first time at one of these vigils. Added Amy Jean Davis, founder of L.A. Animal Save: “Joaquin’s regular attendance at our vigils in L.A. has inspired activists both locally and globally. We are so grateful for his voice. All over the world, activists are bearing witness to animals bound for slaughter and waking up the world to their plight.”

Phoenix is a longtime vegan and animal rights activist who has used his clout to get awards shows like the recent Golden Globes (where he also won for his performance in the Todd Phillips-directed Joker) to offer a vegan menu, as well as the upcoming WME Oscar party. 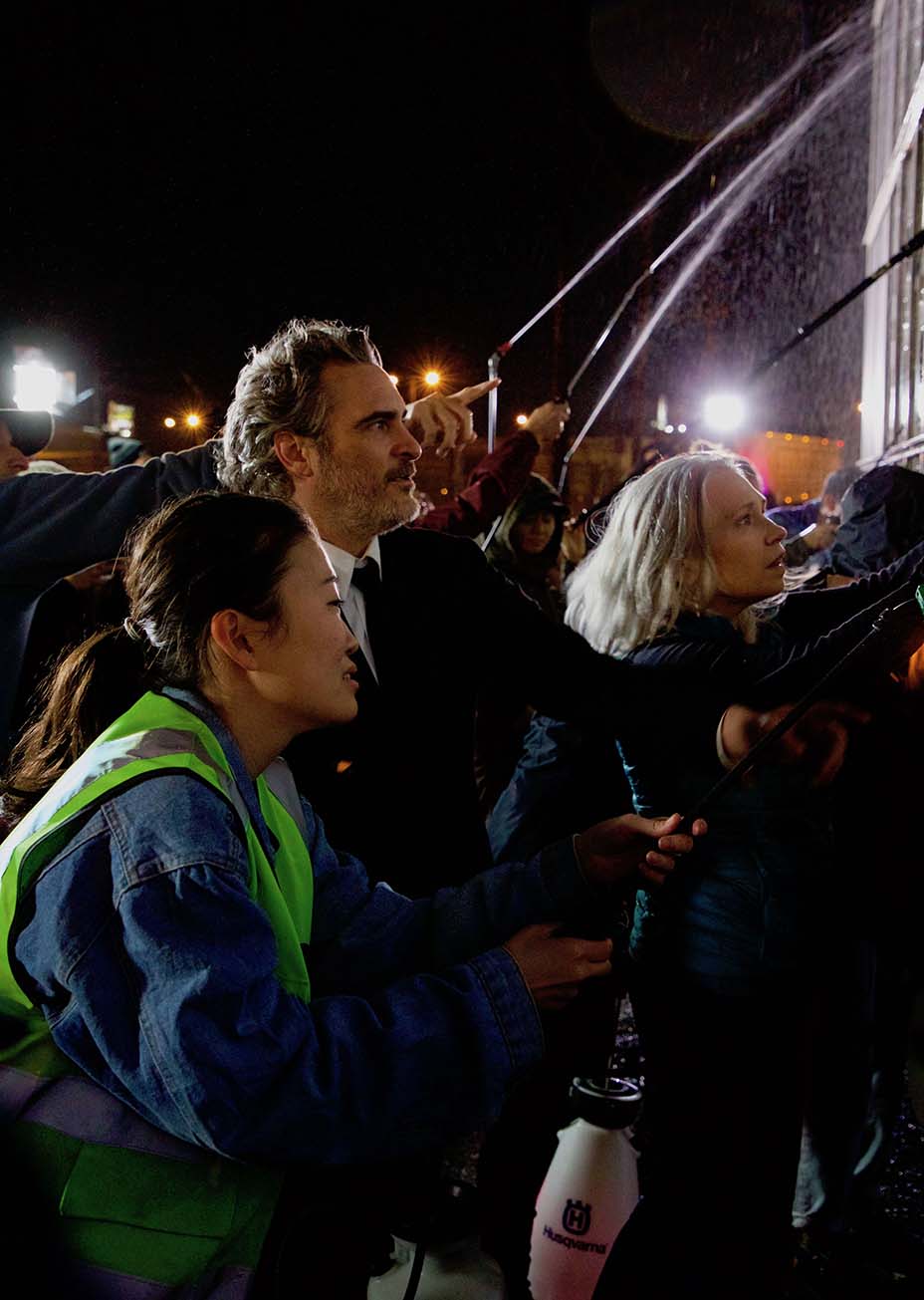