Joel Freeman, a veteran at MGM who produced such films as Shaft, The Heart Is a Lonely Hunter and Love at First Bite, has died. He was 95.

Freeman died Sunday night at his home in Sherman Oaks after a long battle with Alzheimer’s disease and lung cancer, a publicist announced.

Freeman, a nephew of Dore Schary, the head of production and later president of Metro-Goldwyn-Mayer in the 1950s, also worked as a production manager and assistant director during his lengthy Hollywood career.

Freeman received an NAACP Image Award as Producer of the Year for his work on the breakthrough Shaft (1971), the MGM blaxploitation classic that starred Richard Roundtree, was directed by Gordon Parks and featured an unforgettable score by Oscar winner Isaac Hayes.

One of only three profitable movies made that year for MGM, Shaft grossed $13 million on a budget of $500,000, according to Time magazine.

Earlier, Freeman had executive produced The Heart Is a Lonely Hunter (1968), starring the Oscar-nominated Alan Arkin as the lonely John Singer, a man who cannot hear or speak, in Robert Ellis Miller’s adaptation of the Carson McCullers novel.

And he produced Love at First Bite (1979), starring George Hamilton in the extremely popular vampire spoof.

Freeman began his career at MGM at 19 as a messenger but was promoted to the short subjects department six weeks later. After another stint in the production planning office, he was drafted and spent three years in the Air Force, two with the First Motion Picture Unit, where he served as a script supervisor and assistant director on some 30 training films.

Back home, Freeman worked as an assistant director at RKO and then at Selznick International Pictures, contributing to such features as The Farmer’s Daughter (1947), The Paradine Case (1947), The Bachelor and the Bobby Soxer and Mr. Blandings Builds His Dream House (1948).

As a production supervisor, he worked on Lonelyhearts (1958) and on several TV series, including The Californians and Highway Patrol. And alongside Schary, Freeman helped make Sunrise at Campobello (1960) and Act One (1963).

Jack Warner had noticed his work on The Music Man and several other features and asked him to help run the production of Camelot. He made Freeman one of his top three execs until he sold his controlling interest in Warner Bros. to Seven Arts in 1967.

Survivors include his wife Betty, an actress and singer; his sons Josh and Jeff, the latter a film editor on the Ted films; and step-children Daniel and Kurina.

A memorial service will take place at 1 p.m. on Monday at Hillside Memorial Park and Mortuary in Culver City. The family asks that donations be made to the Motion Picture and Television Fund or to the Entertainment Industry Foundation. 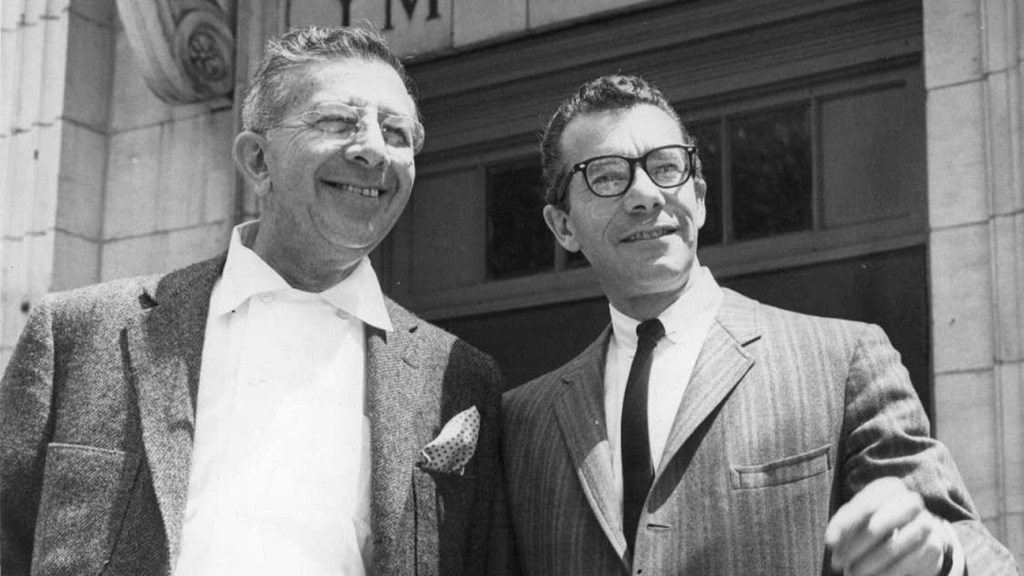