Hugh Jackman is the best boss I’ve ever had. Ten years ago, I spent a week in a room at the Mandarin Oriental hotel in Manhattan with three other writers, eating a lot of minibar snacks and writing Jackman’s material for the 81st Academy Awards. I loved working for him, even though he hugged us every time he entered the room, which I found both excessive and a little scary because he is very strong and I am a writer.

But I gladly endured those bench-press embraces because Jackman said yes to everything. He said yes to letting me try on his $18,000 plastic Wolverine claws despite the fact that I didn’t ask to try them on. He said yes to Anne Hathaway when she called to ask to be in the opening number, even though it was a little thirsty. And from what I gather, from a lack of emails after the show, he even said yes to that minibar bill. The only thing better than working for Jackman would have been writing for this year’s Oscars. A no-host Oscar writer can come up with anything.

Despite this opportunity to cast celebrities to deliver whatever sketch writers can imagine, I fear that the Academy will see the lack of a host as a chance for a utilitarian Oscars that gets everyone in bed by midnight: See celebs in gowns, hand out awards, go home. This would be a mistake because the Oscars are a statement about Hollywood. If I were writing for this year’s show, I’d design it to be as big a spectacle as possible.

Without a personality to shape it, the opening number has to set the show’s tone. It should be enormous: singing, dancing, pyrotechnics, acrobatics, cameos, stuff falling from the ceiling, whatever wild animals PETA is still OK with. I’d pack that opening number with an E! red carpet number of celebrities. Each micro-host would sing a few lines from one of the nominated films, then toss the microphone to the next star until it’s time to throw to James Franco at which point the song should stop abruptly. I’d end the opening number by having Michael Bay, Robert Rodriguez and Kathryn Bigelow come onstage with director’s headphones. Rodriguez would send two turquoise 1962 Sedan DeVilles from Green Book to crash in front of a raised stage where Lady Gaga and Bradley Cooper are singing. Bigelow would direct Los Halcones from Roma to bum-rush the stage, only to be repelled by the Wakandan army. Then Michael Bay would have Dick Cheney blow it all up. 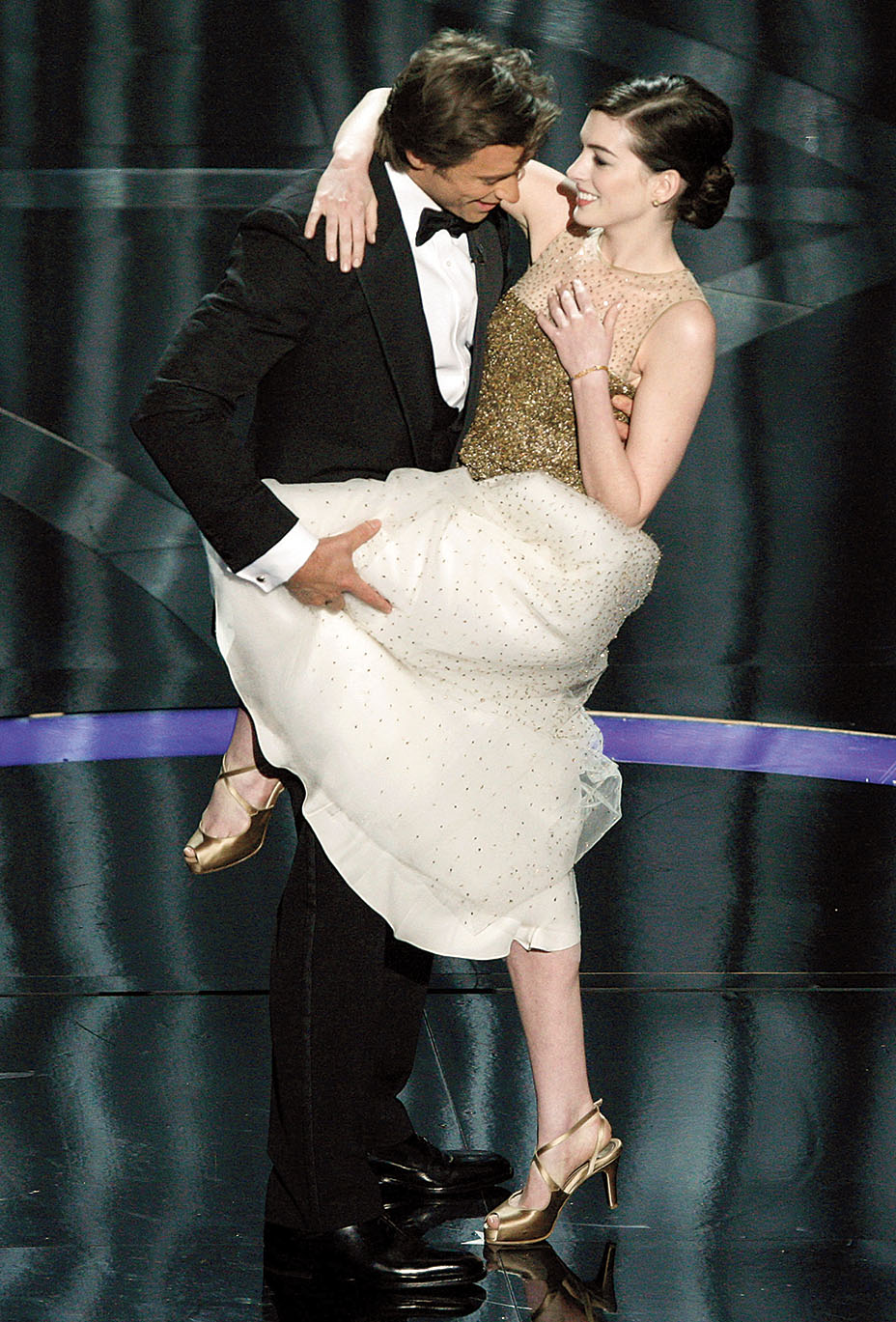 There’s no need for a monologue, which is great since the Dolby Theatre is the toughest crowd in the world. A lot of the people in those seats aren’t in a laughing mood because they’re focused on whether their lives are about to change by winning an Oscar. By the middle of the show, the crowd is even less comedy-friendly since most of those people are now depressed that their lives didn’t change.

After writing for the Oscars, it became clear that it’s not a variety show. It’s a game show. And as Alex Trebek can tell you, you have to constantly ratchet up the tension. This is why the second-best part of the Oscars is when all the nominees’ faces are split on one screen right before the winner is announced. The best part, of course, is when they’re still all on the screen after the winner is announced. The Oscars should stretch that suspense the whole night. Put a crawl on the screen with the Vegas odds of all the upcoming awards, which will change all night after each award is given. Set up a booth in the back where Charles Barkley, Shaquille O’Neal, Kenny Smith and Ernie Johnson offer analysis. “Come on, Kenny! After Viggo lost best actor, it’s for sure that Green Book has no shot at best picture. No one’s giving an award to the dude who made that Cameron Diaz-spooge-hair movie!”

I’d also get famous directors to replicate those Olympic athlete profiles. If some NBC Sports producer can make me care about a Japanese gymnast, then Ang Lee can surely put together two minutes that make me cry about how Regina King got a matching tattoo with her son. I don’t know anything about Mary Poppins Returns costume designer Sandy Powell, but I’d watch Wes Anderson’s short about the unlikely coincidence of her competing for an Oscar against the costume designer of The Favourite who is also named Sandy Powell.

The final written bit of the night, right before the best picture Oscar, would involve Faye Dunaway confusedly going into the audience to hand fake Oscars to every single person involved with Black Panther. Because no matter how great the written material is, if those guys don’t win something, no one is going to be happy.

The Politics of Oscar: Inside the Academy's Long, Hard Road to a Hostless Show