John David Washington was 5 when he first saw his dad, Denzel, onstage in Richard III in New York’s Shakespeare in the Park. “We would walk around the city and he would recite his lines,” recalls the Studio City native, 33. “Then I saw him up on the stage in the park and I was blown away and I was like, ‘I want to do that.'”

Following that Central Park summer came Philadelphia, Malcolm X, Training Day — and a slew of awards speeches, all of which gave the young Washington pause “because of that nepotism factor.” A star running back at North Hollywood’s Campbell Hall, he instead set his sights on the NFL, and after graduating from Morehouse in Atlanta, he was signed by the then-St. Louis Rams as an undrafted free agent but failed to make the opening day roster. He bounced around the European and the now-shuttered United Football leagues until a torn Achilles tendon sidelined him for good and Washington, then 28, turned to plan B (aka his original plan A).

After nine rounds of auditions, he scored a tailor-made role as NFLer Ricky Jerret on HBO’s Ballers. Now, when he’s not working, Washington studies acting at HB Studios in New York. Last fall, he landed his highest-profile gig yet — in Spike Lee’s Black Klansman, playing the real-life black Colorado police detective who in 1978 infiltrated the local chapter of the Ku Klux Klan.

Washington will take a few days off from filming Ballers‘ season four to travel to the Sundance Film Festival, where he appears in two competition films, including Monsters and Men, in which he stars as a conflicted Brooklyn cop who struggles with the emotional and professional fallout after his colleague kills an unarmed black man. Washington, who workshopped Monsters and Men in the 2017 Sundance Labs with director Reinaldo Marcus Green, spoke to THR ahead of his Park City fest debut. 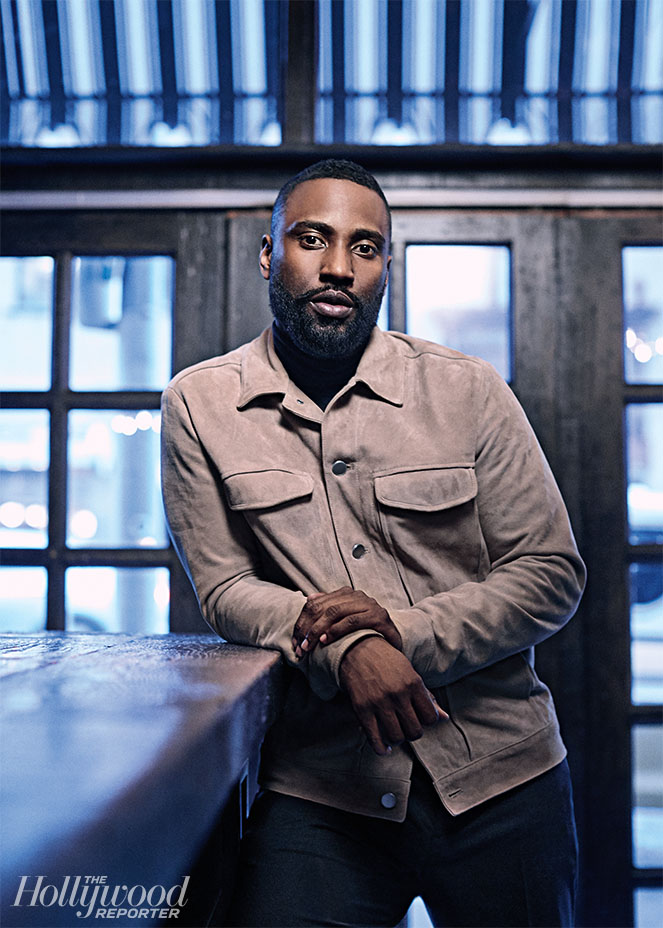 What initially turned you off acting?

As [my dad] started to ascend in popularity and prestige, the world around us changed, the relationships changed, the way people treated us changed. I became self-conscious — I wanted to do stuff on my own. Football was my art form to say, “Hey, this is my own thing.” I got lost in that character, if you will, because of my relentless pursuit of independence.

After so many years in football, what led you to finally make the transition to acting?

I tore my Achilles and I was 28. A 28-year-old running back that was out of the league, trying to get back in, is not going to be first on the boards. I was in the doctor’s office, and when the doctor, who ended up operating on me, told me I would be out for the whole year, I burst into tears. My Uncle Ricky, who is a doctor, was sitting right there with me and I am bawling because you have all of these flashbacks and emotions from when you were playing as a kid, and I knew I was done then. It was actually the best thing that ever happened to me because it forced an early retirement. I auditioned for Ballers, while still in a boot, on painkillers.

How was that first audition?

Well, I wanted to go to school and study but [my agent] Andrew Finkelstein wanted me to get used to the process. The game plan was to read and get used to rejection. I was like, “Oh yeah. I am kinda used to that from football. I can deal with rejection. No problem!” Sheila Jaffe, the casting director, who is like a mother to me, was the first person I ever read for and she told me, “Don’t ever play football again.” Then nine or 10 auditions later, I got that job.

How did it feel when you started working on Ballers?

It felt so natural. I was having the awakening that was like, “This is what I am supposed to be doing.” I remember my first day on set on the pilot with Peter Berg, and there is the Rock and like a couple hundred extras, and I had a lot of talking to do. I was nervous as hell, but then we got into it and I wanted to do take after take.

Your mom is a Juilliard-trained pianist. As performers themselves, did your parents always encourage you to pursue a career in entertainment?

A lot of inspiration came from [my mom’s] backstory. She had the opportunity to do this traveling show, but she had me instead. She was married and all, but she worked her whole life for that. She claimed she didn’t know how to swim or roller skate because she was always practicing piano, her craft. I cannot stop and I am relentless in my pursuit of [acting], and a lot of that is due to her and her sacrifices for us. Knowing what she left behind for her family and for her husband. I know how talented she is and I am thankful that I get to honor her talent. Needless to say, she was very encouraging of this pursuit. And she didn’t want me to get hurt anymore. So, she was also relieved.

What do you take from your football career that you apply to your acting career?

The concept of team play. Football is the ultimate team sport, and film and football are both collaborative. No position is higher than any other, we are all on the same playing field. From the producer to craft service, we all depend of each other. If someone misses something we can throw off the entire makeup of the play, and the same applies to production.

What drew you to your role in Monsters and Men?

What was great is that I got to experience the Sundance Labs with my director, Reinaldo. I likened it to the Dagobah System, and I am learning to be a Jedi. We were able to explore our artistry and take our time. They really value process there, and I never really experienced anything like that. It really solidified my confidence in the character. I am always looking for a strong point of view. What was really attractive about Dennis, the cop role in Monsters and Men, was perspective. Seeing what it is like to be an African-American police officer, I don’t really hear their side of the story. I wanted to be a part of telling that side.

Sundance in the Post-Weinstein Age: "You Won't See Those Massive Parties"

After a string of indies, would you want to do a studio blockbuster?

If the studios will have me! For me, it’s really about filmmak­ers. Christopher Nolan is one of them. Tarantino. Spike Lee I already got to work with. I am really still learning, and Spike Lee was more like a master class than a job. On that set I discovered — to use a Matrix reference here — there is no spoon. There is no one way or correct way to get to the truth. There are different paths to get there. I have never felt more comfortable and confident than working with Spike. That just speaks to how capable he is a director. He knows what he’s doing. It was a 35-day shoot and the way he shoots, he is like, “Cut. We got it!” and I am like, “Spike, I can give you more.” “We got it! Next up. Let’s go. Slate in.” I was just like, “Daaamn.” It was like suicides. In football, you say it’s the two-minute offense. You have two minutes to win and you have to score a touchdown.

Do you have a dream role?

Shakespeare’s Taming of the Shrew. Petruchio. I would love to play him in a Spike Lee film.

Have you pitched it to him yet?

I’m working on it. Let’s start it here.

A version of this story first appeared in the Jan. 17 issue of The Hollywood Reporter magazine. To receive the magazine, click here to subscribe.