John Wells is quick to remind guests at his sprawling headquarters about his 30-year legacy in television — or at least his greatest hits. Parking spaces greeting visitors to the Hollywood enclave are labeled with names such as Bartlet (Martin Sheen’s West Wing president) and Ross (George Clooney’s ER doc), a tip of the hat to some of the marquee series on the writer-producer’s TV résumé.

Its interior carefully decorated with black-and-white photos and classic movie posters, John Wells Productions’ 3-year-old office bustles with 20 staffers working on two shows (Showtime’s Shameless, returning Nov. 10, and TNT’s Animal Kingdom) as well as a jam-packed development slate of 13 new projects. For Wells, 63, consolidating two writers rooms with a few floating offices, where scribes can work on practice pitches, into one airy space — a mere eight-minute walk from the home the father of two shares with his psychologist wife — is a way to avoid losing time driving around town.

Prepping an ambitious next act under his latest Warner Bros. deal (he’s been with the studio since 1986), the former WGA West president opens up about the standoff between writers and agencies, Shameless‘ first season without Emmy Rossum and if a West Wing reboot could work today. 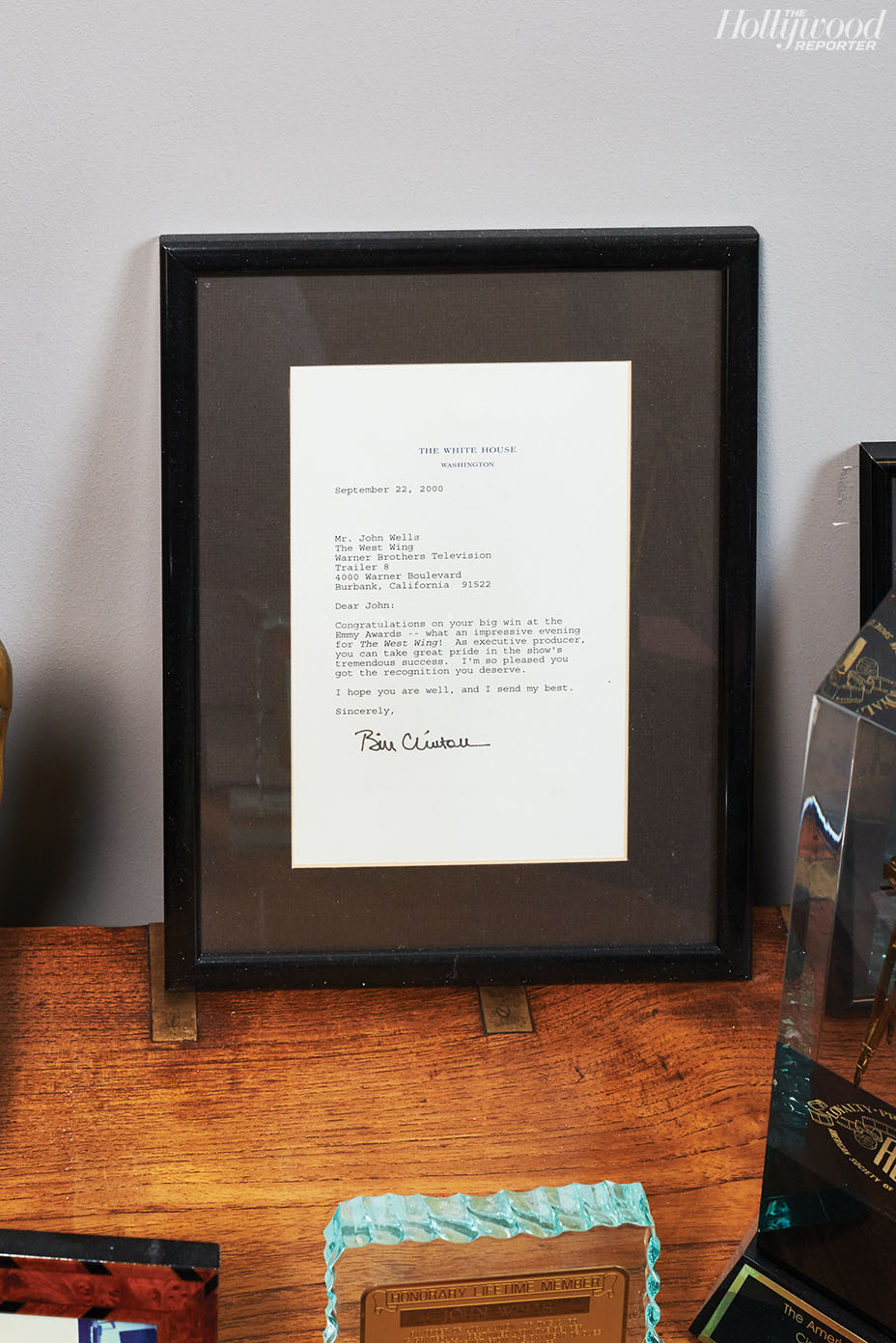 How did Emmy Rossum’s departure compare to some of the other actors who have left your other series?

The West Wing was the most difficult. John Spencer died in the middle of the seventh season. When someone pursues something else in their life, it’s sad, but you know you’re going to see them again. It seemed difficult to think about how we would continue. The West Wing and Southland are the two shows that we could’ve done more of.

Will 10 be the last season?

I never like to approach the end of a show that is character-based. We’ll probably do a season 11, and Bill [Macy] has said he’d do that. I’d make this show forever because it’s about life and income inequality. Few people are telling those stories. We have oddly moved into the zeitgeist of what is actually being discussed in the country.

Does the show go on without Macy?

Doing it without Bill would be tough. His is the character it’s hard to imagine ever going anywhere.

Shameless is locked into Netflix for a while. What do you think of library titles like Seinfeld fetching $500 million for global rights?

If it starts to pull too much cash out of the creation of new things, it will be bad for the industry, the business, the art. You want the majority of the investment to go into new programming, where you find new actors, writers and voices. You don’t want it to become like ballet has been for years, where these are museums for old shows. 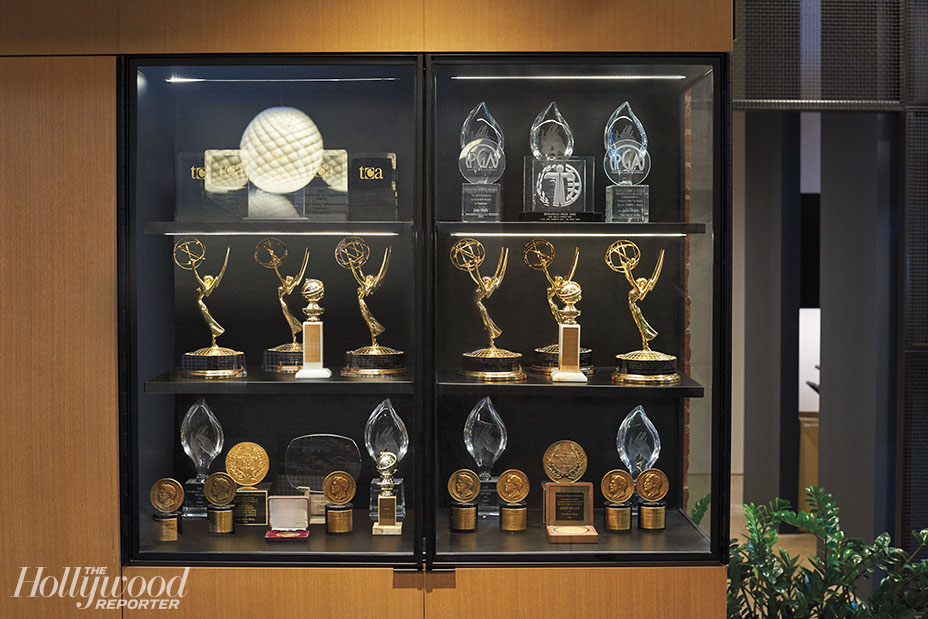 When ER launched on Hulu in January 2018, 35,000 people watched all 331 episodes the first two months. Did that surprise you?

All of us who’ve had successful shows in the past and now see them finding new audiences, 20 and 25 years later, find it a little strange. We tend to think of what we’re making as having a shelf life. We used to describe it as a salad bar: Everybody watches it on Thursday night, and then on Friday morning it’s not worth anything. Now people are discovering things they’ve never seen. I’m watching shows that are 4 and 5 years old that are new to me.

Given how much a library like ER would be worth now, did that show sell too soon?

Maybe. I don’t think that you can ever look back because the business is changing so quickly. We have a deal that we were happy with on Netflix for Shameless. Now five, six, seven years later, it was probably undervalued.

This year, you were offered overall deals by multiple parties before opting to re-sign with Warner Bros. What was the appeal?

I know everyone there and have faith in the executives. They want to continue to sell everywhere, which is important to me. They also provided money to maintain a company, discretionary funds for overhead and purchasing IP. We’ve purchased or optioned five times as many pieces of IP in the past year than we ever did before.

Would you want to make The West Wing again today?

Everything is so polarized. We’ve been afraid that it would get turned into a political football in the current climate. If there was a different president in the White House, a conservative one — but not this one, in which everything is immediately “them or us, with us or against us” — I think we would be more inclined to talk about it. 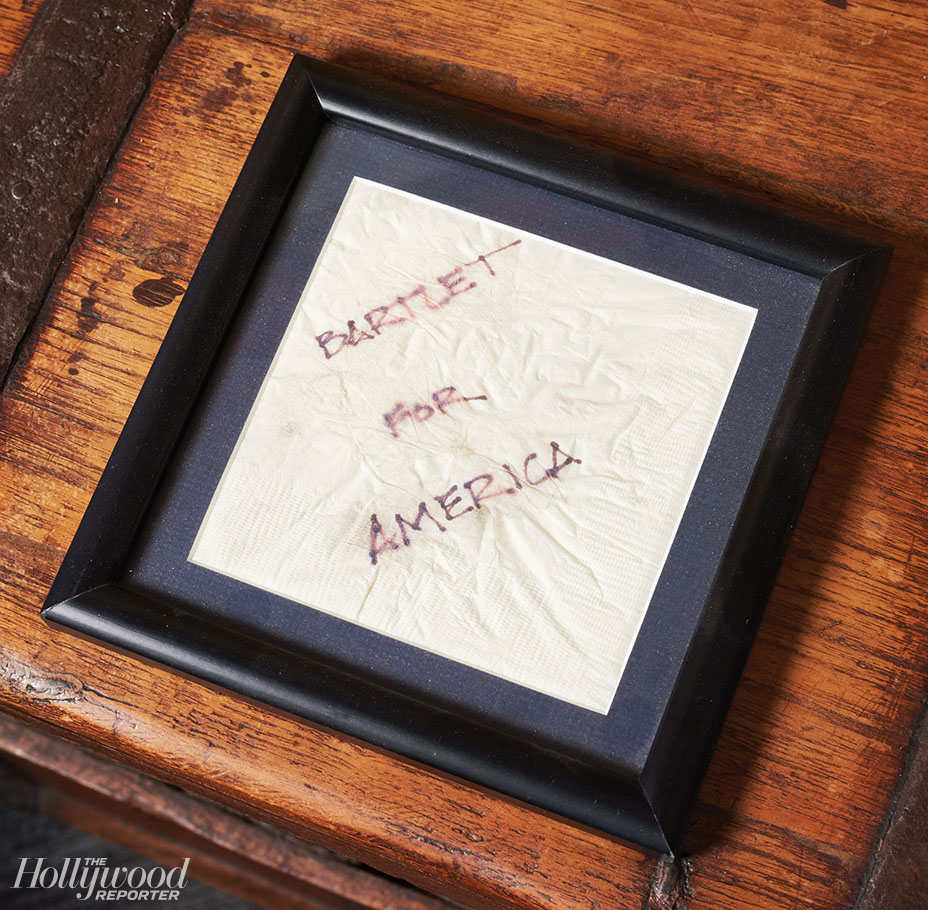 You’re a former WGA West president. Did you expect the standoff with agencies to go on this long?

It’s disheartening to see absolutely nothing else happening, as if this impasse may actually be the new normal. While there are many things that need to be repaired in the way in which packaging creates fiduciary conflicts, I do think that agents and their relationships with writers do benefit writers in most cases.

So how would you resolve this?

Agencies should not be in the content creation business. I don’t think that there is a way to bridge that fiduciary gap. There also needs to be substantial disclosure in how packaging works so that the agencies are never able to have a better deal than their client.