Long before cinema, composers understood music’s power to terrify. Even now, familiar works like Bach’s “Toccata and Fugue in D Minor” and Saint-Saëns’ “Danse Macabre” can evoke fear with just a few notes. Not for nothing were both eventually used to frighten film audiences. As early as the Middle Ages, music’s ability to unnerve even disturbed the church, which instructed composers to avoid a dissonant combination of tones since dubbed the “Devil’s interval.” It’s just two notes three steps apart, but it sounds scary simply because it sounds unresolved. It says that something’s coming — but doesn’t say what.

A similar sense of ambiguity and foreboding amplifies the sound of fear in the scores of some of this year’s darker awards season hopefuls, like Universal’s 1917, directed by Sam Mendes.

“It’s pretty much uneasy all the time,” says composer Thomas Newman of the World War I drama in which lance corporals William Schofield (George MacKay) and Tom Blake (Dean-Charles Chapman) cross enemy territory to deliver an order that could save the lives of 1,600 of their fellow British soldiers. 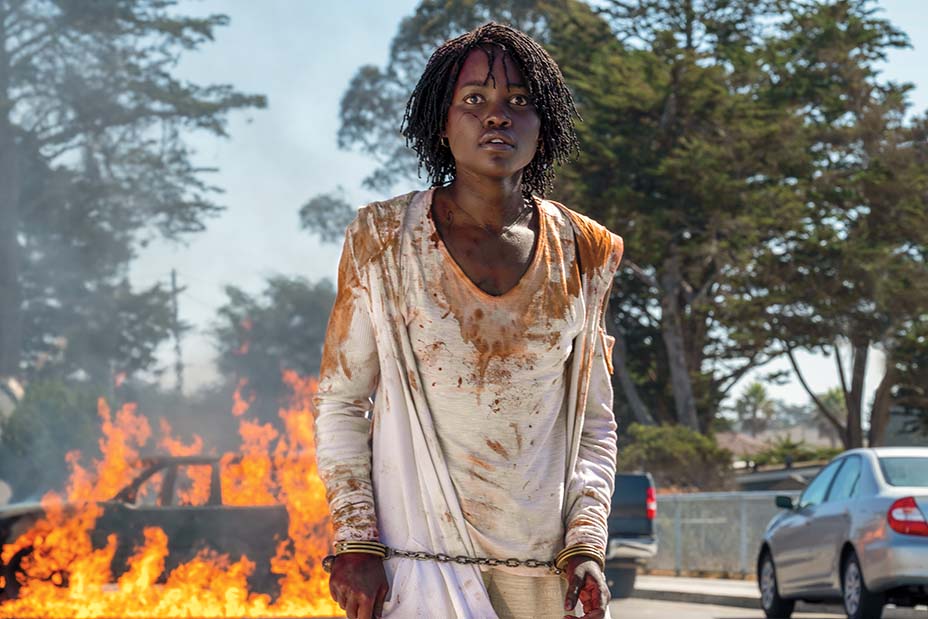 The key, Newman explains, was to make sure the music “never spoke of fear or of tension so much as allowed for fear and tension to come out on their own” — and come out they do, as Schofield and Blake trudge through a dismal French countryside littered with dead bodies, encountering threat after threat.

“The question,” Newman continues, “is how do you propel and move drama forward and say as little as you can about what you’re doing other than, ‘We’re moving at a clip’?”

To achieve that “neutral propulsion” and hint at the feel of a military march, Newman incorporated a few “processed and modulated” field cadences and opted for “pale instruments” like the lap dulcimer, a string instrument that can be struck to create a ratatat sound. “We were compelling the drama forward — the whole notion of the tick tock of a ticking clock,” he says.

With the score for Universal’s Us, which sees an African American family hunted down by their homicidal doppelgangers known as the Tethered, composer Michael Abels conveys a similarly unrelenting tension.

Abels used a propanium drum — which “sounds like it used to be an oil can back in the day and now it’s been turned into a musical instrument,” he says — to create a “rhythmic propulsion” that underlays much of the score, in particular the chase scenes in the middle of the film.

But before the horrors even really get going — much like when Schofield and Blake are heading toward the front line, accompanied by Newman’s nerve-racking piece “Up the Down Trench” — Abels’ score evokes the dread of the unknown and the pace of its approach.

From the start, Us writer-director Jordan Peele wanted to incorporate the classic horror movie trope of children’s voices. One of the first tracks Abels wrote was “Anthem,” a creepy children’s choral piece that opens the film and “clearly represents the Tethered and the fact that they’re organizing, even though we haven’t met them yet,” Abels says.

Amplifying their strangeness and alluding to the fact that the Tethered are almost entirely nonverbal, Abels wrote “lyrics” for “Anthem” that sound vaguely Latin, suggesting dark religious rituals, but they’re actually gibberish. Then he added “a funky beat.” He explains, “It’s still a march, but it’s one from no culture you’ve really understood or met before.” 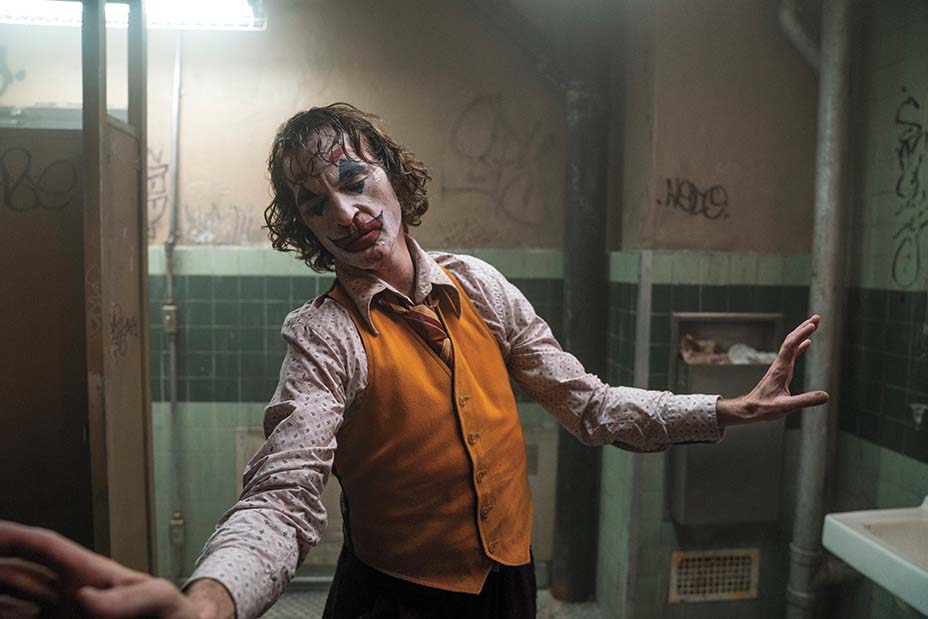 There’s an unrelenting feel to much of Hildur Gudnadóttir’s score for Warner Bros.’ Joker as well. But rather than from any external force, it stems from protagonist Arthur Fleck’s inner turmoil. “The way we felt was best to go about telling this story was to really go into his mind and to tell the musical journey as if you were experiencing it in his mind,” Gudnadóttir says. “Therefore, somehow the music helps us start to have feelings for him, and I think the horror is because we feel for him so much.”

Gudnadóttir maintains a straightforward rhythm throughout Todd Phillips’ comic book drama, “almost like a heart beating, just very simple pulsing beats; the drum is being hit harder and harder, and the sounds get more aggressive,” she says. “But the beats always stay very simple, which I thought was important for [Arthur].”

The sound of Arthur’s transformation into Joker is the wail of a halldorophone — an Icelandic string instrument Gudnadóttir describes as “a Jimi Hendrix cello” — in the haunting theme “Bathroom Dance,” which plays as Arthur dances alone after committing his first murders and is heard again before he goes onstage at The Murray Franklin Show. 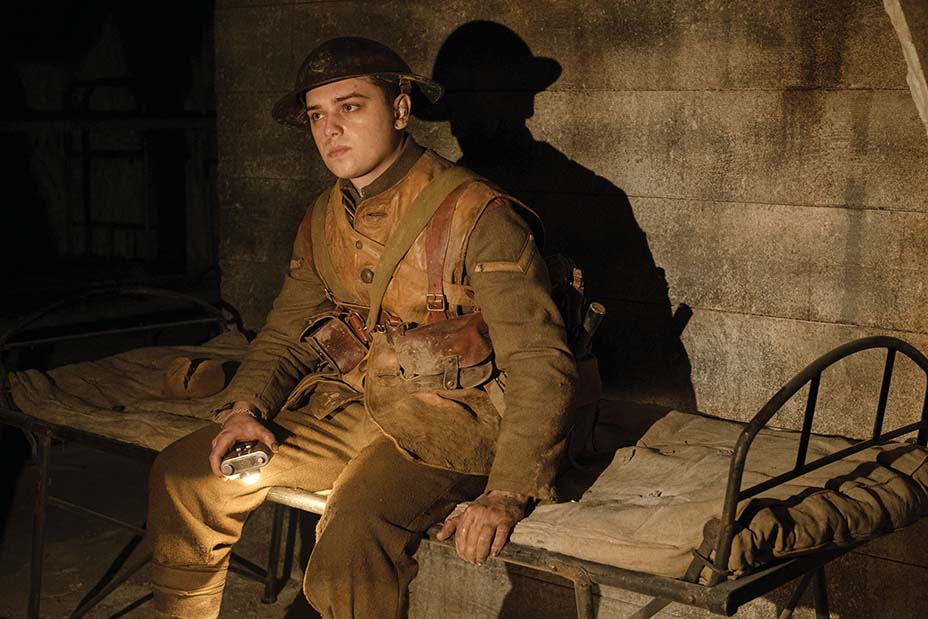 Still, sometimes the most terrifying sound is no music at all. That’s true in some of these three films’ scariest moments: when Arthur shoots his third victim on the stairs leading out of the subway; when daughter Zora is trying to escape her doppelganger, Umbrae, who ominously drops out of sight in Us; and in 1917, when a rat falls from the ceiling and scurries toward a deadly tripwire. “It’s like having a conversation,” Gudnadóttir says of the power of remaining silent while scoring a film. “You have to know when to listen and when to speak.”

This story first appeared in a January  stand-alone issue of The Hollywood Reporter magazine. To receive the magazine, click here to subscribe.