Very few artists achieve the breakout year that Icelandic composer Hildur Gudnadóttir has forged for herself, first winning an Emmy for HBO’s Chernobyl in September and then seeing the R-rated comic book adaptation she worked on cross $1 billion at the box office. That film, Warner Bros.’ Joker, also is responsible for making her the first solo female composer to win a Golden Globe. In advance of the Academy Awards, where she is nominated for the first time, also for best original score, Gudnadóttir spoke with THR about the perceived controversy that was sparked before Joker‘s release, her plans to remain unchanged by success and her thoughts on a sequel.

After winning an Emmy and Globe, have you adjusted to the jolt of hearing your name at a show?

It’s all been happening so fast, I don’t think you can get used to it. I think John Williams has probably gotten used to it — he’s at 52 [Oscar] nominations now.

Making history at the Globes arguably cemented you as a role model for aspiring female composers. Does that cross your mind as you prepare for the Oscars?

It was a milestone for sure in film music, in that a solo female composer hadn’t won prior to that night. It felt exciting for me, and I see this as a movement where more and more women are being invited into the film industry.

What has been the most enjoyable moment reuniting with your Joker colleagues during awards season?

Meeting all my fellow artists on the film has been great, from the production and costume designers to the hair and makeup artists. I’m rarely in L.A., and as a composer, you rarely meet anyone besides the director. Hearing from Joaquin [Phoenix] and learning about his process of getting into character was inspiring.

With all this new attention, do you see your process changing because of time constraints?

There is quite a lot of noise around me these days, but I never see myself as someone who is working on 10 projects at a time. I like my focus, and what inspires me is to be fully present with my stories. That means one story or two at the most. I really enjoy being part of the early DNA of my films and sharing my input.

What was your reaction to negative media attention surrounding Joker‘s release, and how do you feel looking back on it?

I was really surprised by the sudden media attention and negativity. I don’t think the film is celebrating violence. Joker has quite the social commentary on how we could be doing better as a society. In the end, I think a lot of the media hype was part of the problem. It was highlighting an opportunity for someone with bad intentions, sort of fanning the flames for clickbait. We have to remind the media there is a huge responsibility in what they promote. 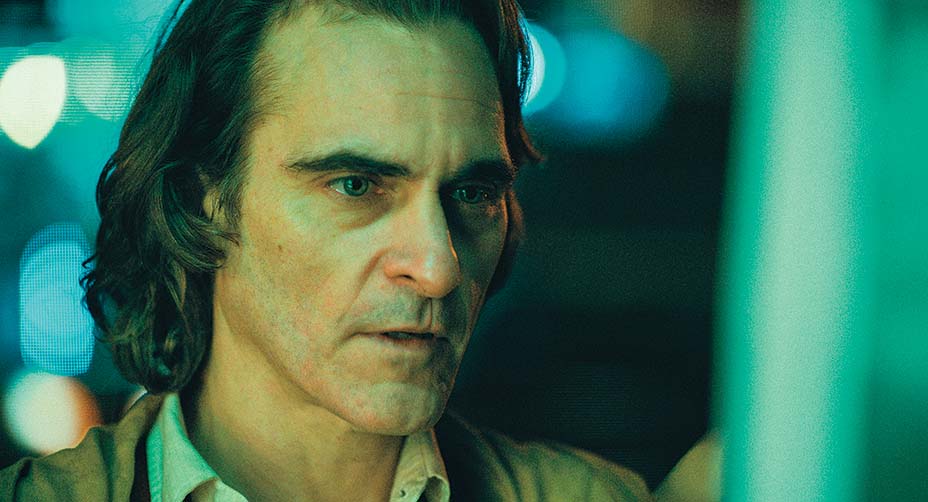 Phoenix’s character, Arthur Fleck, goes down a path that makes it hard to sympathize with him. How do you score for characters with whom you don’t necessarily agree?

In every story there is some kind of villain, and in every one of us there is a shadow side. We have to manage it as best we can so it doesn’t come out and do harm. So in that way, I think people can sympathize with Arthur, who is someone who has lost that internal battle.

Which of your early ideas on Joker remained intact throughout the filming and editing process?

For me, the bathroom dance scene was the voice of the Joker, and that was a theme that was written very early in my process. There were variations of that, which you hear when the kids are attacking him and at the end when he’s rising up with the mob.

Would you work on a Joker sequel if Phoenix and director Todd Phillips find an idea that excites them?

I had a dream we were working on another film together about a big swimming pool scene, and I told Todd about it. There’s no question that today, sequels are almost a necessity if something goes well. I trust neither one would do something he couldn’t stand behind.