With its $235.8 million box office tally, it may be hard to remember that Warner Bros.’ Crazy Rich Asians was once considered a risky proposition. But there was a time the Jon M. Chu-helmed film was nothing more than Hollywood’s first all-Westernized Asian movie in a quarter-century — in other words, an unproven commodity that required, in part, a canny marketing and press strategy.

Chu, 39, who will be honored as Motion Picture Showman of the Year at the International Cinematographers Guild Publicists Awards on Feb. 22, spoke with THR about the role promotion played in the film’s success and his current project, Warners’ adaptation of Lin-Manuel Miranda’s In the Heights.

Have you been able to process the year you’ve had?

The awards season dragged that processing out. It’s crazy to be touring with the Star Is Born crew and be among the Black Panther crew. Having conversations with Spike Lee at dinner. At the SAG Awards, I was at a urinal peeing next to Jordan Peele and Alfonso Cuaron. I was like, “Oh shit! This is New Hollywood.”

How did Crazy Rich Asians‘ marketing and PR plan come together?

When we were testing it, we couldn’t get people to come see a free screening. Asian people, if they didn’t know the book, thought the title was offensive. If they did know the book, they thought Hollywood would ruin it. Other ethnicities thought it wasn’t for them. I thought Warners Bros. was going to retreat. Instead [Warners worldwide marketing president] Blair Rich said, “We need to build a foundation of people who can be our ambassadors, so we just need to show this movie.” It was a master class of marketing, watching Blair and her team make each screening important and make the people — especially the Asian-American organizations both in and outside Hollywood — feel like they were being heard. 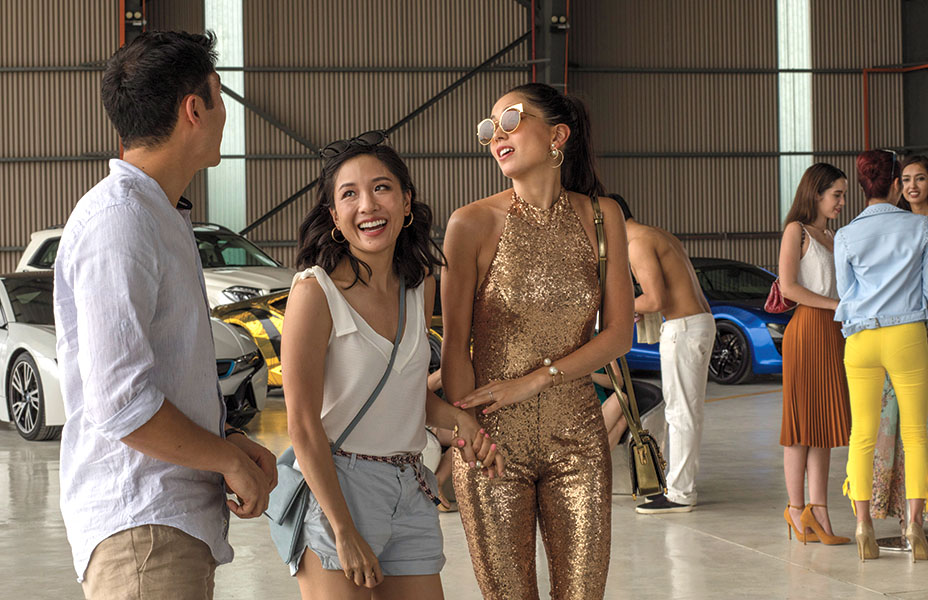 Has the Crazy Rich Asians experience influenced In the Heights?

What I’ve learned is that there are no rules. All the rules about how you present this or that character, those were all made up by people before us. You don’t have to do the story of immigrant families that is dark and depressing. In the same way that Crazy Rich Asians took romantic comedy tropes and flipped them but at the same time was reflective of great Hollywood romantic moments — that’s what we want to do with the musical: homages to things that I have loved from musicals growing up, but seeing Latinx dancers and singers perform that in a contemporary context with relationships and conflicts that are modern, relatable and ultimately honest.

How has receptiveness to these new stories changed?

The biggest thing that has evolved in a very dramatic way is our community. Asian-Americans have a very specific identity, and growing up we probably thought we were alone in that. Now we’re building an infrastructure like Gold Open, the Asian-American movement that has figured out how to buy actual theaters out. I was at Netflix, and there were five people pitching Asian stories of one kind or another, and inside the room, there’s a young Asian person who whispers to you, “I’m going to make this happen.” The infrastructure gives everybody confidence to speak their mind and make real change now that the door’s a little more open and we have a little more weaponry by our side. The next wave of projects is only going to grow. You can’t put it back in the bottle now.

'In the Heights' Movie Gets 2020 Release Date