Ten years after he won the Golden Bear with his violent crime thriller about Rio de Janeiro’s deadly anti-dope unit, Elite Squad, Jose Padilha, who has since sparked something of a drugs renaissance on the small screen thanks to Netflix’s Narcos (he exec produces and directed the first two episodes), returns to Berlin with another drama based on real life. 7 Days in Entebbe, starring Rosamund Pike and Daniel Bruhl, chronicles the 1976 hijacking of an Air France flight from Tel Aviv by pro-Palestinian militants and the successful rescue mission by the Israeli Defense Forces after the plane, and its 103 passengers, was rerouted to Uganda, then under the brutal rule of Idi Amin. Speaking to THR, Padilha explains how the behind-the-scenes battles between Israeli political rivals help illustrate the problems still hampering a peace solution and why there’s a former airlines boss in Pakistan who probably never wants to hear another word about his film.

Given your previous films, this almost seems like the perfect fit for you. Would you agree?

Maybe! But I liked it right away. My first movie was actually a documentary called Bus 174 about the hijacking of a bus. So when I saw Entebbe, I was like, OK, I know how to do this. It’s a hijack, just a bigger one. But in a certain sense, it’s the idea of looking at an event and trying to analyze it in its social context. In Bus 174 you have a street kid and you look at what he does inside the bus and at the behavior of the Rio de Janeiro police outside and draw a conclusion about the social reality. The same thing goes for Entebbe. If I look at the behavior of the hijackers and the hostages, and if I look at the behavior of the Israeli politicians, in particular the conflict between Yitzhak Rabin and Shimon Peres, you can understand a lot about the conflict between Israel and Palestine as a whole.

And what did you come to understand?

Well, for instance, any Israeli politician that wants to negotiate with the Palestinians has constraints, and these are political constraints that have to do with the general demeanor of the voters in Israel. They have to operate between those constraints — if you see the dynamics you get a clarity on why certain things happen in history in the negotiations between Israel and Palestine. 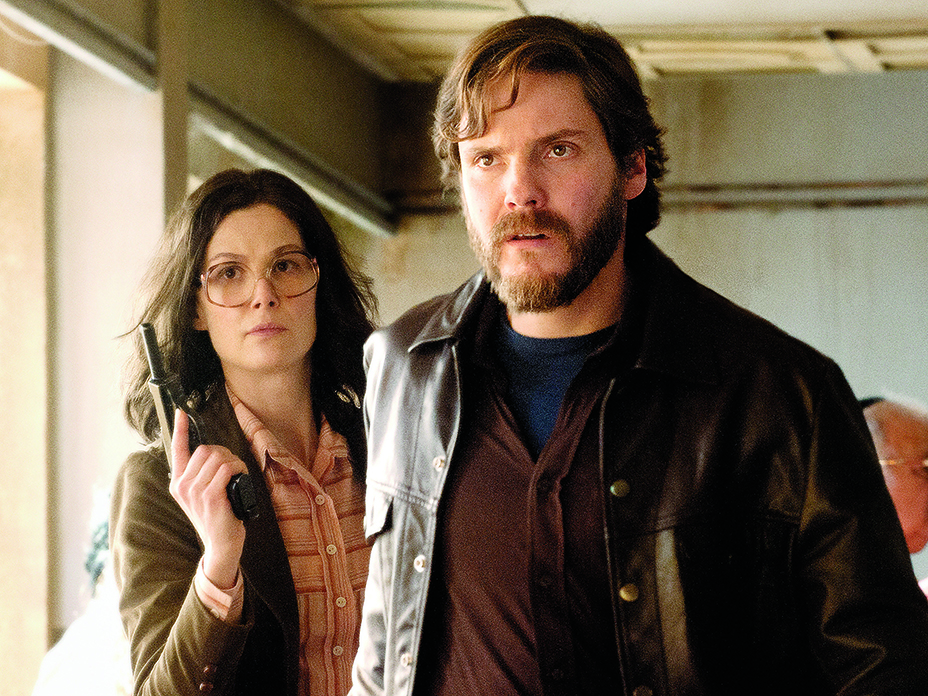 The mission was praised by several governments and criticized by others, and led to a very bloody reaction in Uganda. What are your thoughts on it?

It’s very difficult to think about it like this, because we’re looking at it in hindsight. Instead of asking myself whether it was a good idea or not, I asked myself how did they get to this idea? Yitzakh Rabin actually wrote a resignation letter — he thought that the chances of the operation going wrong and a lot of people dying were very high. Yet he still chose to do it, because the other option — negotiating — was even worse for him.

Wasn’t there an actual hijacking at the airport in Malta while you were shooting?

We were incredibly busy, so I didn’t look into this, but there was a plane hijacking and also a plane crash! I think this was later reported as being a French special ops mission that went wrong.

Did any of this disrupt the shoot?

No, they handled it somehow. But what did happen was that we rented an Airbus, exactly like the one that was hijacked, from Pakistani Airlines. When the Pakistani government figured out that this was a movie about Israel and Palestine, it caused a congressional investigation into why they sent a plane without knowing what was in the script. And they actually fired the head of Pakistani Airlines!

You’ve got another drama with Netflix coming up — The Mechanism — about the huge corruption scandal in Brazilian politics. Given that the investigations are still going on, are you expecting it to ruffle some feathers at home?

Well, we’re taking a non-ideological look. We’re not wearing Marxist glasses or capitalist glasses, we’re just looking at what actually happened — how companies and politicians got together to basically create a process of stealing public money. But no, I think that the politicians involved will see the first season at home, but for the second season they’re probably going to be behind bars.

And how many more seasons do you think Narcos has left in it?

We’ll carry on as far as cocaine carries on!

This story first appeared in The Hollywood Reporter’s Feb. 17 daily issue at the Berlin Film Festival.