“You have no idea the power you have over me,” a daughter says to her mother. Those words are uttered in a shaky, tearful voice in a San Francisco beauty parlor as the two women stare intensely at each other’s reflection in a mirror. It’s 1992, and we are on the set of The Joy Luck Club. My mother happened to visit that day and we too stood next to each other, looking at the mother-daughter pair in the mirror, stunned by the parallels to ourselves.

It was such an unlikely scenario. As the daughter of Chinese immigrants who held an unwavering, pragmatic view of their children’s careers, I had no business being a movie producer. And then to be working on an American film that peered closely into a life I had tried to keep insulated? Even more far-fetched.

Having grown up in a Jewish community on Long Island, it was while living in Beijing for a few years in the ’80s that I had the epiphany that set the course of my life. The excitement of seeing films made by local talent made me recognize the weight of my own unconscious bias: I thought all Chinese — be they nationals or American — were destined for nerd-dom, a path I desperately resisted. It hadn’t occurred to me that my race could produce cool, cultural creators. With my mind open to a vast blue sky of possibilities, I had the opportunity to dive into Hollywood, first by representing U.S. studios in the sale of movies to China and then by working on Steven Spielberg’s Empire of the Sun in Shanghai.

It was on a subsequent trip to New York with Kathleen Kennedy that I was first introduced to Amy Tan’s 1989 novel, still incomplete and in early manuscript stages. Reading it on the plane ride back, I was simultaneously deeply moved and frightened. I had never read anything that so thoroughly exposed the customs of my Chinese upbringing. Later, when the book caught on like wildfire, I sensed a dismantling of the brick wall that separated my private and public lives.

It still took many years before the movie was birthed. There was now a crack team of Wayne Wang directing, Ron Bass and Amy writing and my 800-pound gorilla partner, Oliver Stone, also producing. The film would break so many unwritten rules. Could Hollywood accept a movie with an all-Asian cast speaking a quarter of the dialogue in Mandarin Chinese, with several disparate storylines spread over many generations and told in numerous flashbacks? Jeffrey Katzenberg of Disney was the one executive in Hollywood who thought it was worth taking the chance.

The Joy Luck Club was embraced by critics and audiences alike. We provided tissues to our test audiences when we realized nary a dry eye emerged from the theaters. It was hailed as the first studio-backed film featuring an all-Asian cast. (Actually, that was Flower Drum Song from the early ’60s.) But its historic nature was bittersweet. As much as it was well received, it did not garner any Academy Award nominations. There was not even talk of an Oscar campaign, presumably because it was too ethnic for that kind of accolade. Nor did it usher in a wave of movies with predominantly Asian stories or cast. Many of us tried. We waited. We hoped. Over time, The Joy Luck Club was relegated to anomaly status.

Twenty-five years later, Crazy Rich Asians burst onto the scene and became a hugely celebrated rom-com and commercial blockbuster. Audiences of many stripes delightfully reveled in Asian characters who are at turns funny, sexy and emotional ­— hitherto roles not easily found onscreen. Could this movie spark a movement that would finally last? If so, what has changed in these intervening years? 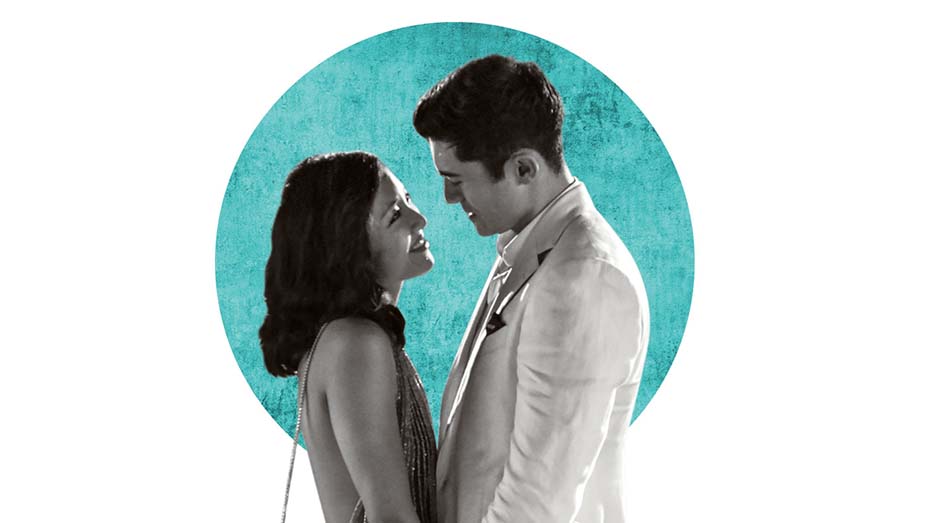 These things have changed: the rise of the Chinese and other Asian markets; the democratization of tastes because of streaming platforms; the surge of less-heard voices on social media; the proliferation of Asian journalists, entertainment executives and tech insiders to power up the message; the increasingly sophisticated data that shows diversity sells; and the changing zeitgeist that proves with Black Panther, Wonder Woman and Captain Marvel that white men are not the only heroes who can carry movies.

And now in 2019, we finally see an American movie with an all-Asian cast being touted as an Oscar hopeful. Having been shot entirely in China, with about 80 percent of its dialogue in Mandarin, The Farewell has again broken new ground. It is not based on a best-selling novel, but rather on a personal story told quietly and authentically with no obvious hooks or gimmicks.

What Lulu Wang’s movie does have in spades — much like The Joy Luck Club and Crazy Rich Asians before it — is deep insight into the core Asian values around family and its predominant role in our culture. I once resented (but now relish) my parents’ insistence that we eat dinner together every night. Meals are de rigueur for any Asian gathering and amply portrayed in almost all our movies — we crave the feeling of togetherness and are food-obsessed. We also are reminded, perhaps too often, of the sacrifices our parents and ancestors made to ensure our lives are better than theirs. How do we ever dissolve the guilt? One irreverent joke sums this up: “When Caucasians win awards, they thank their agents. When African Americans win awards, they thank God. When Asian Americans win awards, they thank their parents.” Sandra Oh doubled down on this when she not only thanked but said, “I love you,” to her parents in Korean at the Golden Globes. 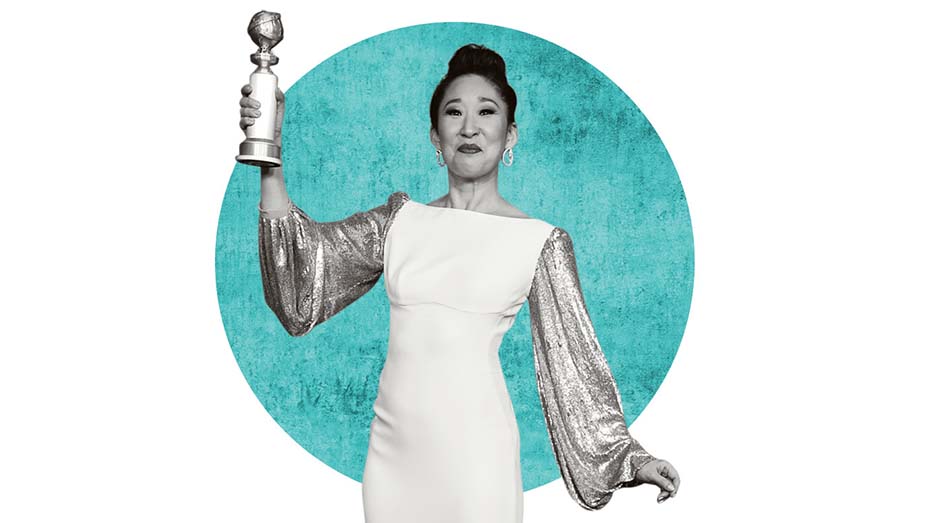 Maybe our superpower is family. Maybe our North Star is filial piety. Even today, respect for elders is an eternal and undeniable foundation of our existence; when we think about where we came from, we are given a compass to where we are going. AARP notes that three-generation households have nearly doubled since only a generation ago, in large part because of the Asian and Latinx diasporas. We are generally loath to abandon our elderly.

And families aren’t just biological. What has emerged just very recently among Asian Americans in the industry is a true sense of community. After several of us spontaneously convened to protest the jokes aimed at Asians at the 2016 Oscars, we were able to participate in the Academy’s A2020 initiative that set an ambitious goal of doubling the number of women and people of color within a few years — a goal not only achieved but exceeded in some branches. We found our voices further amplified through an organization I co-founded called Gold House, a cross-industry collective of prominent storytellers, entrepreneurs and icons who come together with a shared sense of purpose: to be authentically seen and heard and to accelerate our societal impact.

Through social media campaigns, VIP-hosted screenings and theater buyouts, Gold House heartily backed The Farewell because it poignantly reveals our cultural peculiarities and strengths. We saw this as a family movie of a different ilk — not the kind where you begrudgingly accompany your kids but rather where you excitedly bring your parents, grandparents and children because you believe there is something meaningful for all of them. Audiences of many stripes can relate to the intimate interplay between Billi and her beloved nai nai, played respectively by Awkwafina and Zhao Shuzhen, both of whom, along with writer-director Wang, are making the rounds on the Oscar circuit. The movie seems to have spurred a movement for people to phone their grandmothers, in perhaps the same way that The Joy Luck Club apparently inspired many to call their mothers.

Back in 1980s China, when I was thunderstruck at seeing larger-than-life images of Asians onscreen for the first time, I thought it was the only place I could watch dramatizations of authentic Chinese culture. I did not imagine that films like The Joy Luck Club, Crazy Rich Asians or The Farewell would emerge from Hollywood. Hopefully the next generation and beyond will never question whether Asians are deserving of major screen time. If they see Maya Erskine as a hilariously awkward 13-year-old in PEN15 or as a sassy twentysomething in Plus One; or watch badasses Ali Wong and Randall Park romp in life and in bed in Always Be My Maybe with flashes of studs Daniel Dae Kim and Keanu Reeves; or see a perspicacious Mindy Kaling maneuver her way into a writers room in Late Night; or rock on with Viveik Kalra to Bruce Springsteen’s music in Gurinder Chadha’s Blinded by the Light, how could they? Each of these movies and each of these roles breaks new ground. They are us, they are everyone, and they make us proud. 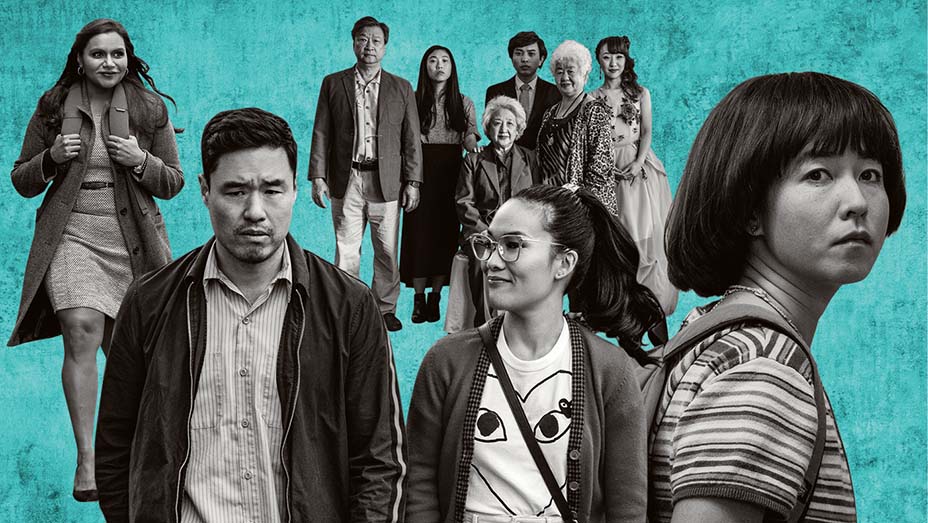 And maybe this year, or sometime very soon, we will see a filmmaker (other than Ang Lee) or actor of Asian descent take home a golden statue. It no longer seems like an impossible dream.

I am gratified and thrilled that I can witness such broad, sweeping changes in my lifetime. But we’re not resting on our laurels. There is still much work to be done, sometimes in convincing our own parents that the entertainment industry can provide a legitimate career. I have a nagging case of immigrant split-personality syndrome — I often find myself exhorting young Asian talent to follow their hearts and reject parental wishes to follow a safe, conventional career route but then worry about the heartbreak that might ensue. At the end of the day, it’s up to the aspiring artists themselves to withstand the vicissitudes of this roller coaster industry and alleviate parental worries, a battle that may never end.

While destroying me at the mahjong table, my own mother still comments remorsefully that I don’t have a “job job” that brings in a regular paycheck. Aiya. I once again become the daughter Waverly in The Joy Luck Club: “You have no idea the power you have over me.”

Janet Yang is a Golden Globe- and Emmy-winning producer, a governor in the producers branch of the Academy of Motion Picture Arts and Sciences and a principal co-founder of the Gold House Foundation.

How 'Crazy Rich Asians' Mirrored My Own Trip to the Altar