Judah Lewis spent much of his childhood at his parents’ drama school, but didn’t have much of an interest in acting until he saw Asa Butterfield in Martin Scorsese’s Hugo, a 2011 film released just around the holiday season.

The 17-year-old now stars in his own holiday movie, The Christmas Chronicles, as disenchanted teen Teddy Pierce, who, along with his sister (Darby Camp), discovers the existence of Santa Claus — a role occupied by acting veteran Kurt Russell. Clay Kaytis directed the Netflix film, which follows the siblings as they find themselves roped into a quest to save Christmas.

Lewis previously starred in Jean-Marc Vallee’s Demolition and played the lead role in the 2017 horror-comedy The Babysitter. Ahead of Christmas Chronicles’ Nov. 22 debut, Lewis spoke with The Hollywood Reporter about his start in acting, working with Camp and Russell and the scene he had the most fun filming.

What sparked your initial interest in acting?

My parents actually have a drama school and I’ve been doing that since I was about 4. I was never really into it, it was the sort of thing like, “Oh, we can’t get a babysitter so you’re gonna come by the theater.” I was always like “Ah, OK, mom.” And then when I was about 10 actually, I started getting really into film. I was just really fascinated with the art form in general and I actually watched a movie called Hugo, which is an Asa Butterfield movie, and I remember just being so taken with his performance. I remember watching it and thinking, “I want to do that.”

Can you tell me a little bit about how you landed your role in Demolition?

Demolition was definitely my first big movie role, and that was actually a really, really fun and kind of unique process, because I originally self-taped for it, and it was literally this iPhone video of me sitting on my couch, doing the scenes. Jean-Marc Vallee, who directed it, ended up seeing my tape and really liking it, and so we ended up Skyping. We Skyped actually a few different times and did different scenes from the film. What was really interesting about that process was, for example, he made me a playlist of six different songs, and he was like, “OK, these are songs that define your character.” And then we Skyped, and he would play them, like 10 seconds each, and he would have me dance to them basically, because there were a few dancing scenes in this film.

Do you remember any of the songs?

They were all really obscure songs actually. There’s this band called The Chocolate Watchband, and there was one song in particular, which I remember, which was called “Baby Blue,” and the other one was “Mr. Big” by Free. Jean-Marc actually used to be a DJ, and so he has all this really, really amazing music that nobody has ever heard of.

The Christmas Chronicles is a more family-friendly, lighter movie than you’ve done before, what drew you to it?

It’s funny actually, because I remember my agent, Shawn Scallon, calling me and saying, “OK, Judah, now let me finish, let me get all the way through this before you stop me,” because he knows me. He says, “So there’s this Christmas movie…” and I was like “Shawn, no” and he was like “No no no, just wait, just wait.” And I ended up reading the script and I was like, “Wait, OK, this is actually pretty cool.” And I went in and I met with Clay Kaytis, our super amazing director, and I just fell in love with his vision. One thing that he said that really struck me was, “We’re not making a kids movie, we’re making a movie that we all believe in and we all feel passionate about and it’s going to be appropriate for kids.”

What was it like working with Kurt Russell? Did you learn a lot from him?

Oh yeah, Kurt’s amazing. You know he is one of the coolest guys I’ve ever met, first off. But what really struck me about him was just his generosity and how he conducted himself. For example, there was this one night, it was 11:30 at night and 10 degrees out and we were filming a scene on a rooftop. And they had already shot Kurt’s single, and he was done and they were just turning it around to shoot me and Darby Camp, who plays my sister, our singles. And Kurt didn’t need to be there, you know, nobody would’ve second-guessed it if after they filmed his part he would’ve left. But he stayed out there the entire night and gave a full performance, a 110 percent just for us, and I think that’s a huge testament to him.

You get up to a lot of antics in this movie. What scene was the most fun for you to film?

Oof, that’s a really tough one actually. I think for me I had the most fun filming the car chase with Kurt. That was just incredibly fun, and to do a scene like that with somebody like Kurt Russell, who has done such a variety of films and so many action films. Just to play around with that and also to work with the special effects team, and all the green screens we were doing, and all these magical elements that got put into the film.

You and Darby Camp spend a lot of time together in this film, and you both have been directed by Jean-Marc Vallee. Did you guys talk about your experience working with him?

Absolutely. It’s really funny, me and Darby have actually kind of known of each other for a while. I tell the story and she pretty much tells the exact same story in the opposite way, but reading this script and thinking, “OK, but they gotta get somebody really, really good to play my younger sister, like it can’t be like a child actor. It has to be somebody who can really pull it off.” And in conversation with people I went, “What about Darby Camp, I mean that’s somebody who can really actually play this role for all of its truth?” I think that both of us were coming off Jean-Marc Vallee projects and that was actually a kind of interesting transition because a lot of what he does is so subtle, and the acting is very withdrawn and small. And so to kind of depart from that and do a style that’s definitely bigger … me and Darby were both really excited to tackle something that was definitely different.

Did you have any favorite Christmas movies growing up?

Yes, Elf was definitely my favorite. Me and my family watch Elf every single year.

Looking forward, I know you have an upcoming project, can you talk at all about your role in I See You, with Helen Hunt?

I play Helen Hunt’s son in I See You, and it’s really, really cool. It’s a psychological thriller, so a bit different from The Christmas Chronicles. And I think what attracted me to I See You is, I’m somebody who watches horror movies and thrillers and five minutes in I’m like, “Oh, well, he’s the bad guy,” I’m one of those people. And what I loved about this is I read this script at 12:30 at night, for some reason, and I couldn’t go to sleep afterwards. I was just sitting in my bed and my head was just reeling and it has one of the best twists that I’ve ever read.

Are there any actors or directors you’d like to work with going forward?

My dream would be to work with Richard Linklater. Before Sunrise and Boyhood are probably my two favorite films, and they’re both by him. And I honestly think he’s genius and I also think the way he works with actors, watching interviews with him and also actors that he’s worked with, is really fascinating.

Are there any things you like to do outside of acting?

I’m really into baseball. Every single weekend I’m out on the field, that’s one of my main focuses. And then I’m also really into photography, and the other thing is I’d really like to direct. In the future, that’s definitely kind of where I see myself going. I just am completely in love with film, as an art form, and I really enjoy being on the other side of the camera, and so definitely if I get the chance in the future, I’d really love to direct. 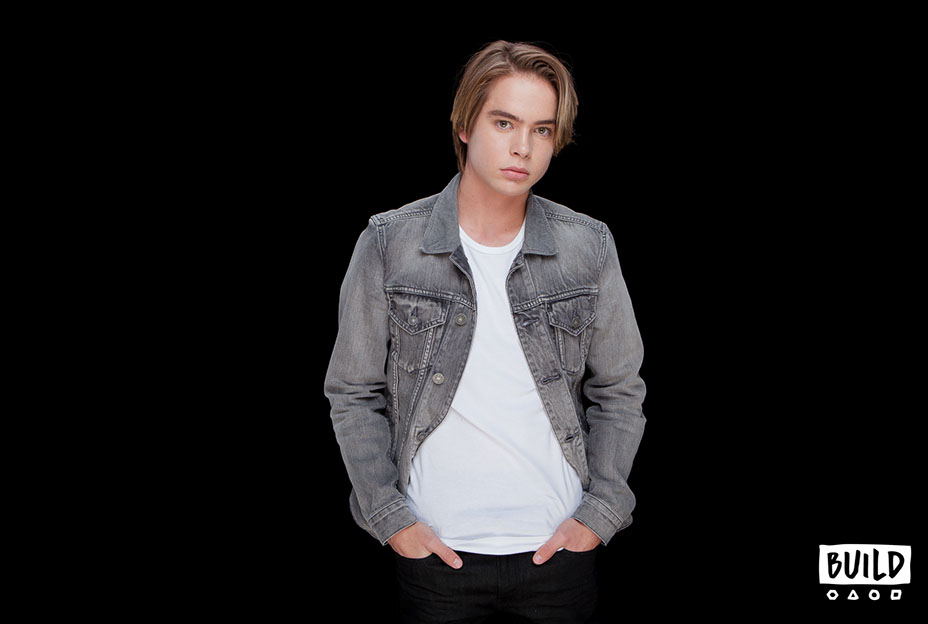