A prosthetic nose tip, bold red lips, pixie wigs and bateau necklines are just a few of the tools used to transform Renée Zellweger into screen icon Judy Garland for Judy. The biopic focuses on the middle-aged singer’s tumultuous time in 1960s London where, broke and broken, she accepts a gig at the club The Talk of the Town.

“For me, she is in a situation similar to Janis Joplin and Amy Winehouse,” says British director Rupert Goold. “I wanted that cool, hip quality rather than someone who your granny is friends with.” French costume designer Jany Temime divided the looks into “two Judys,” she says. “She was always dressed casually for ‘mom time,’ and on the stage, she was flashy, showy and very couture. You could feel from an early age she was always dressed by very good designers” (which included Hollywood’s Adrian, Jean Louis and Ray Aghayan). When Garland met her much younger fifth husband, Mickey Deans, the designer says, “She started dressing like an English teenager and got into Carnaby Street.” This prompted one of the film’s more memorable outfits, a powder blue wedding look. “I was told she designed the original herself,” says Temime. “It is full of feathers!”

Renee Zellweger in NBC's 'The Thing About Pam': TV Review

In addition to custom-making most of the outfits, Temime — who also worked with Zellweger on the Bridget Jones movies — sourced items from London’s Angels Costumes and “used material my mother left me when she passed away, such as Chanel bags and Hermès scarves. Renée was so pleased and really liked all the little details.” 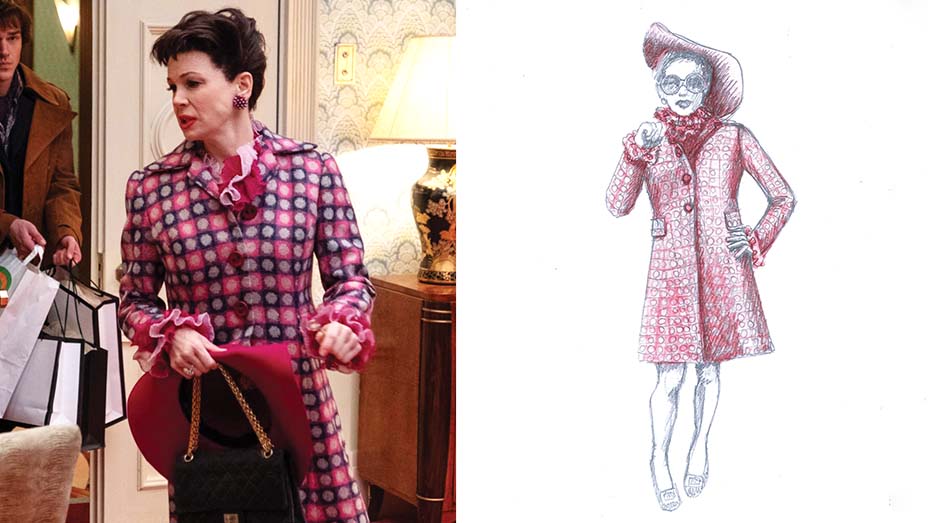 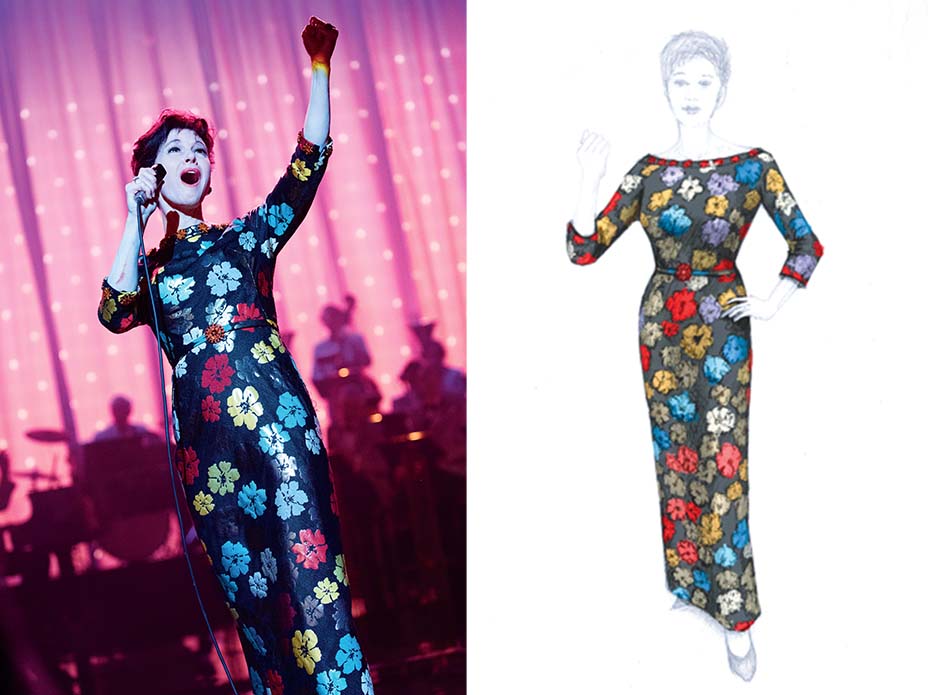 Goold looked to hair and makeup designer Jeremy Woodhead to change Zellweger’s face. “Jeremy had just come off Stan & Ollie, a big prosthetics film. I was a bit nervous about using too much prosthetics,” says the director. “We ended up adding a tip on Renée’s nose.” To help the actress exude hard living, Woodhead “gave her cheekbones a hollow, gaunt look while adding frown lines, dark circles and crow’s feet built up with paint,” he says, explaining, “In the winter of 1968, she was as thin as a bird and not looking after herself.” Of course, huge false eyelashes, Garland’s signature, were deployed: “She never left the house without her lashes!” 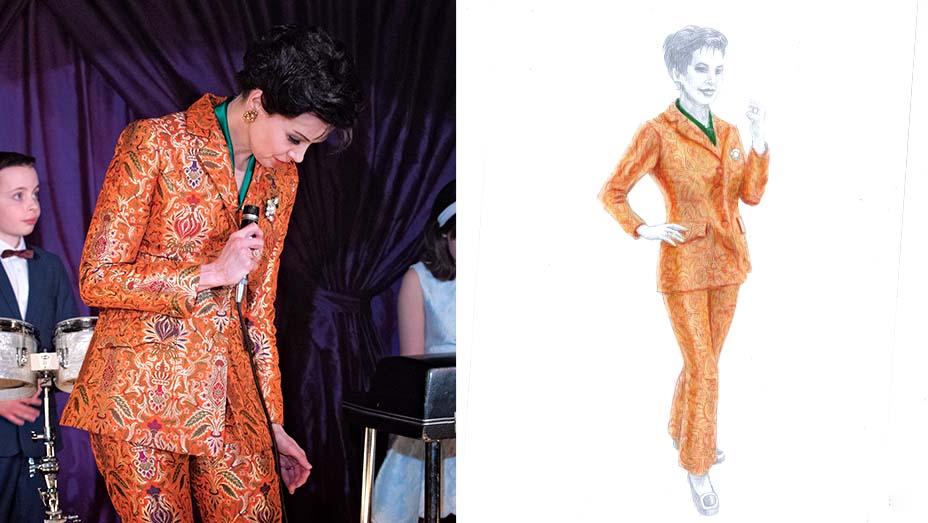 Perhaps one of the biggest challenges was mimicking Garland’s teeth. “She had very distinct, ‘gappy’ teeth, and it was shocking toward the end as they were quite rotten,” says the designer. “I made seven to eight sets of false teeth. Renée took each set home to practice singing with them.”

Goold knew the designers had nailed it after the last makeup test. “I would show people pictures on my phone and say, ‘Guess who this is?’ They had no idea it was Renée at all. It was brilliant.” 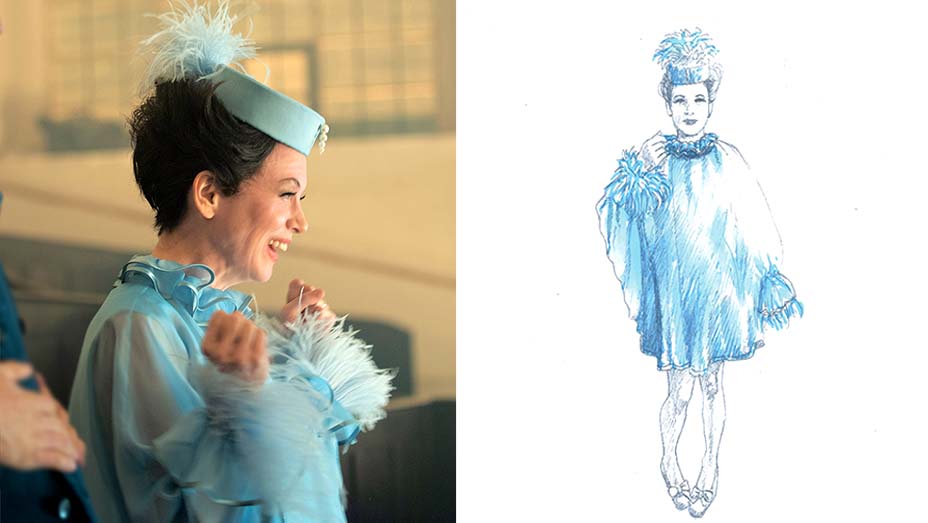