How do you capture the essence of a person? Is it as simple as narrowing down a physical look, mannerisms or the sound of one’s voice? In portraying a character, actors grapple with finding another person within their own instrument. But when a single character is played by multiple actors, the creative choices for how best to convey a connection between them are as unique as the individuals portraying them.

In Netflix’s The Two Popes, both Juan Minujín and Jonathan Pryce did copious research on the real Jorge Bergoglio, who in 2013 became Pope Francis. But when it came to resembling each other, Brazilian director Fernando Meirelles never pushed for the actors to mirror each other’s performances. “Fernando didn’t want that I mimic gestures of Jonathan, because the movie talks about change,” says Minujín, 44. “If you talked to people who knew Bergoglio from before, he was a curious man. He never smiled. And that was the idea, to see a guy during his early days, before he became pope, and how he was a different person.” What Meirelles perhaps anticipated was that, while not intentionally forging likenesses, the two actors would become socially well-acquainted during their time in Buenos Aires, where Argentine Minujín helped Pryce with his accent and rephrasing dialogue to make it sound more authentic. As a result, both actors couldn’t help but notice a connective tissue in their performances. “I felt that he was in my mind all the time,” says Minujín, revealing he also watched some of Pryce’s early films to get a sense of what he was like as a younger man. “He has the essence of me,” agrees Pryce, 72. “He’s taken on some of my speech patterns, the softness in the way I spoke. And the way he moved, he wasn’t overly active. It was great.” 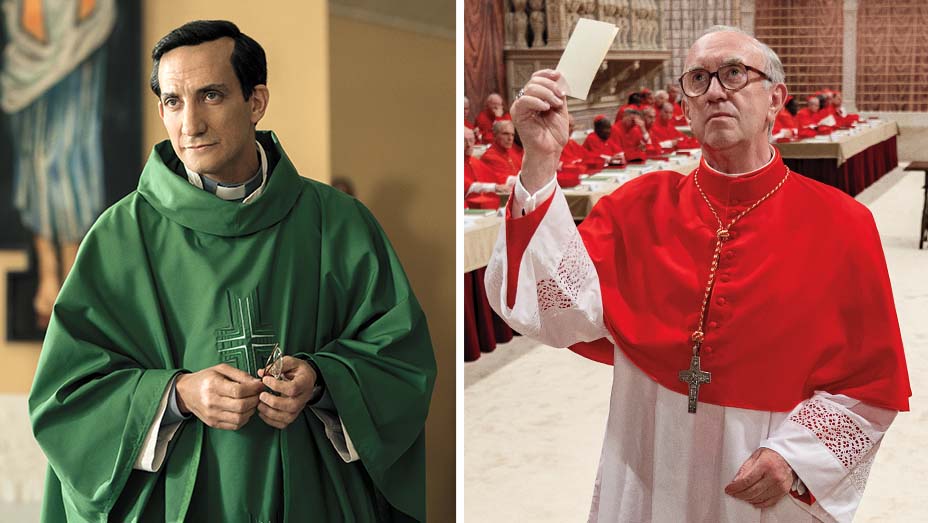 Similarly, to get into the role of child actor Otis Lort in Shia LaBeouf’s autobiographical Honey Boy, 22-year-old American actor Lucas Hedges and 14-year-old Brit Noah Jupe first developed a relationship offscreen. “I gave him a little stuffed animal of mine [from] when I was a kid,” says Hedges, as part of the behind-the-scenes bonding process between the two. But in this particular case, director Alma Har’el did not just rely on their newly minted friendship; she also helped Hedges and Jupe establish traits that would serve as visual cues for the viewer. “There are certain things that we both do at different times, in different places,” says Jupe. “We did it as a team, and I think that that really helped. You can really see the character of Otis in both time[lines].” 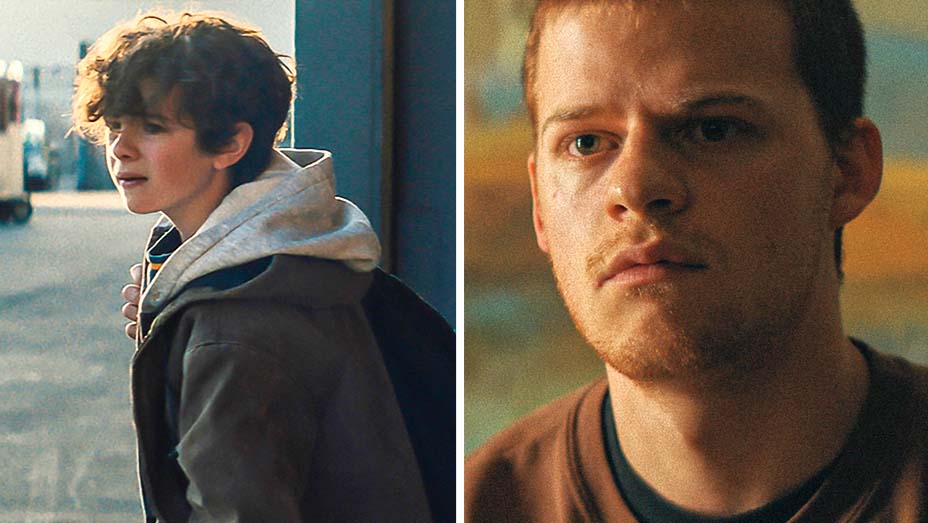 Matching the strong Liverpool accent of English actress Darci Shaw (who portrayed the Wizard of Oz-era Judy Garland) with Renée Zellweger’s (and Garland’s) trans-Atlantic one was a technical challenge that, in the end, brought the two actors’ performances together. “I think the accent was the biggest [unifying] factor, because as she got older her posture changed, but the accent stayed the same,” says Shaw, 17, who also learned to mimic the lisp created by Garland’s false teeth. Conversely, to merge aspects of a younger Garland into her own performance, Zellweger dove into the icon’s own words about her youth. “She described how Louis B. Mayer had called her his little hunchback when she was a young girl. I thought, ‘Wow, what does that do to a girl’s psyche and her self-esteem and how she perceives herself as a performer, as a woman in the world?’ ” says Zellweger, 50. “Then it made me curious about why he referred to her that way and probably informed me a bit about her physicality and what I should pay attention to.” Although the two actors had time in the makeup trailer to compare performance notes, what stands out for both about working together is how unlike Garland’s introduction to show business Shaw’s was. “You think about how Judy was treated — she was seen as an asset rather than a person,” says Shaw. “Renée, who has been in the industry for years, welcomed me with open arms. It makes you feel very fortunate to have that kind of warm welcome to the industry rather than the harsh start that Judy Garland had.”

Unlike her colleagues’, Lupita Nyong’o’s process for Jordan Peele’s Universal horror film Us was a solitary one. Though Nyong’o, 36, portrays the eldest version of Adelaide, a main character that exists in three timelines (the youngest version is played by Madison Curry, 11), her biggest challenge wasn’t matching her performance to a younger incarnation. “In acting, what I’ve enjoyed is that you get to throw a ball to another actor and then you get to respond because that actor’s throwing the ball to you. Here, I was throwing the ball to myself,” says Nyong’o, who in her own timeline plays both Adelaide and her doppelganger, Red, who wants to take Adelaide’s place in the surface world. In order to step into each role, the actress needed ways to organize her performances. “As much as there was the emotional side of it, I also needed to create a technical form, a formulaic way of being able to get into one or the other,” she says. “With Adelaide, because there is the theme of secrets and deception, I tried to use a more angular posture and something always kind of a little twisted in the way she presents herself. With Red, I opted to do something more straightforward.” To weave the two characters together, Nyong’o incorporated ballet. “Jordan wanted Adelaide to have the remnants of ballet in her expression,” she says. “When I started, I thought, ‘Ballet is very light and upward moving,’ but really you have to root in order to extend up, so that governed Red’s movements.”

Visual cues that connect several actors inhabiting the same role can be key, but to have their appearance match also aids the transition. “There’s got to be a continuity, so that we feel that we’re at least still looking at someone who vaguely resembles the person,” says director Dexter Fletcher, who with Paramount’s Rocketman oversaw three actors portraying Elton John, or Reginald Dwight, at ages 7, 13 and 19 and older. In establishing that continuity, Fletcher’s greatest challenge was finding his youngest Reggie. “I knew I had Taron [Egerton], so there was a physicality and coloring I wanted to be aware of. It was about finding that youngest kid who resembled him, but also did what I needed him to do acting-wise,” says Fletcher, 53. In 9-year-old Matthew Illesley, Fletcher not only discovered a child actor who sang and played the piano — he was also the youngest of four siblings. “He had this little tough streak in him that I really responded to,” says the director. “He obviously had to fight for his place at the dinner table, and I wanted that very much for my Elton.” 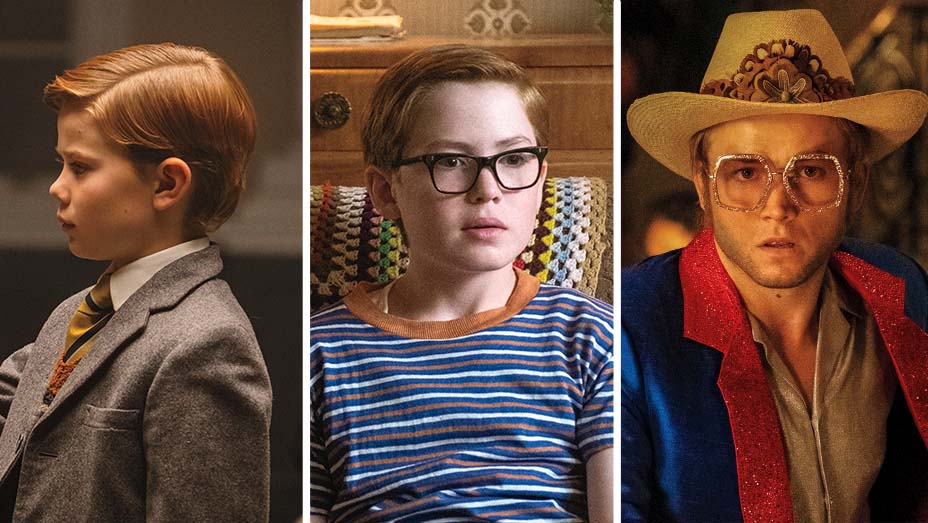 Occasionally a film will incorporate a scene where two versions of the same character meet to establish how far — or not — a person has journeyed. In Judy, a musical number with Shaw and Zellweger was filmed but didn’t make final cut. Fletcher admits such scenes are always a risk. “You have to marshal it carefully, not slipping into sentimentality so that it doesn’t become saccharine,” he says, thankful that a similar scene worked in Rocketman, largely due to a well-nurtured off-camera connection between Egerton and his littlest co-star. “This is the wonder of actors: They have a great natural ability to use their craft to create those moments. On the page it just says, ‘Elton leans down and hugs his child self.’ What actually happens there and then is something intangible.” 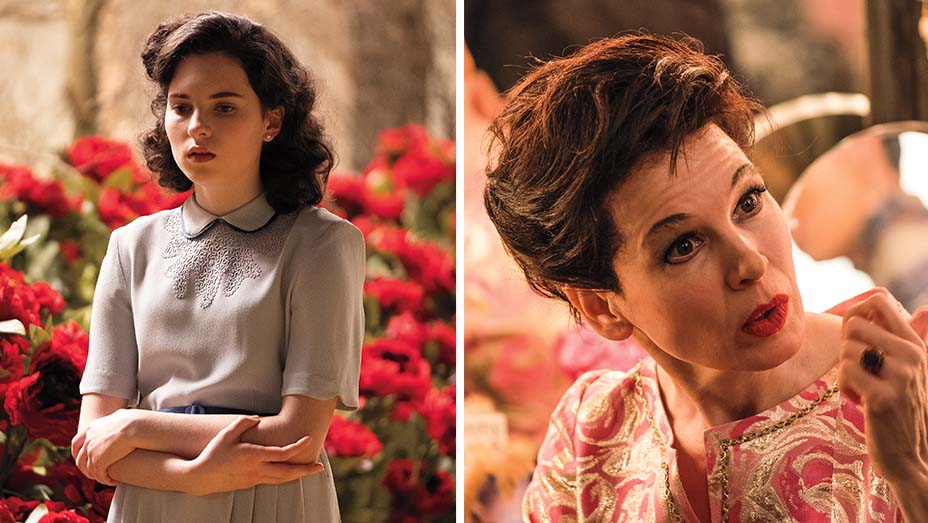