On a blazing hot July day in Boston, Julian Edelman is wearing a thick cardigan and nerdy black glasses that he doesn’t need as he stumbles through a movie theater dropping popcorn. The reigning Super Bowl MVP is playing the part of a pretentious film critic for a three-part web series called Movie Tyme for his YouTube channel that will begin airing in September, timed to the start of the 2019 NFL season. Just two months ago, the New England Patriots wide receiver launched Coast Productions with marketing executive Assaf Swissa, a co-founder of Boston-based ad agency Superdigital, which has worked with such high-profile athletes as Steph Curry, David Ortiz and Kyrie Irving. Their first project, the Showtime doc 100%, which debuted in June, traces an improbable 18 months in Edelman’s life from a season-ending ACL injury in 2017 to his championship win this year. Edelman, 32, and Swissa, 38, want to expand their footprint beyond shortform content and docs and move into narrative features and TV series. The ICM-repped pair have assembled a staff of seven for the company they back themselves and are about to begin shopping a TV series based on Edelman’s rookie season, which he says was nothing at all like HBO’s Ballers or his current wild, off-field life that he regularly shares on Instagram.

Ahead of preseason football, the producers, both single (Edelman has a 3-year-old daughter), sat down with The Hollywood Reporter to talk about how they came together, the Coast business model and some words of encouragement from Patriots superfan Mark Wahlberg.

How did you two partner up?

ASSAF SWISSA It was 2012. I was coming out of a huge, horribly failed startup [Unreal Brands Inc., which created healthier versions of popular candy bars]. Right at the same time, Julian came off of a pretty significant foot injury. He and I were friendly through my dad’s haircuts [business]. We both hit rock bottom together and started talking, and we did some marketing stuff together. We fooled around with some videos and did a couple of social media posts. One thing led to another, and we realized we had some creative chops together.

JULIAN EDELMAN It was a way for us to communicate with the fans. It’s a way for us to do something completely different from football. I was probably one of the first to start in this whole locker-room genre of social media. I grew up in the Bay Area, with Facebook, MySpace, and then Instagram and Twitter. We were like that first generation of athletes to [bring a camera] into the locker room. It was just kind of a way for me to go out and be creative.

How did you feel in front of the camera?

EDELMAN I’ve always been intrigued with acting. Assaf came up to me one day and asked what I liked doing in my spare time. I like watching the Food Network. He goes, “What do you cook every day?” I don’t really cook that much, but I make smoothies every day. He said, “Why don’t we make a smoothie cooking show?” So we made Smoothie Tyme. I can remember I was totally out of my element. [Director] Kyler [Schelling] went to film school. Assaf knows a lot about producing. But I thought it was going to be a complete disaster. (Laughs.) I got hooked. 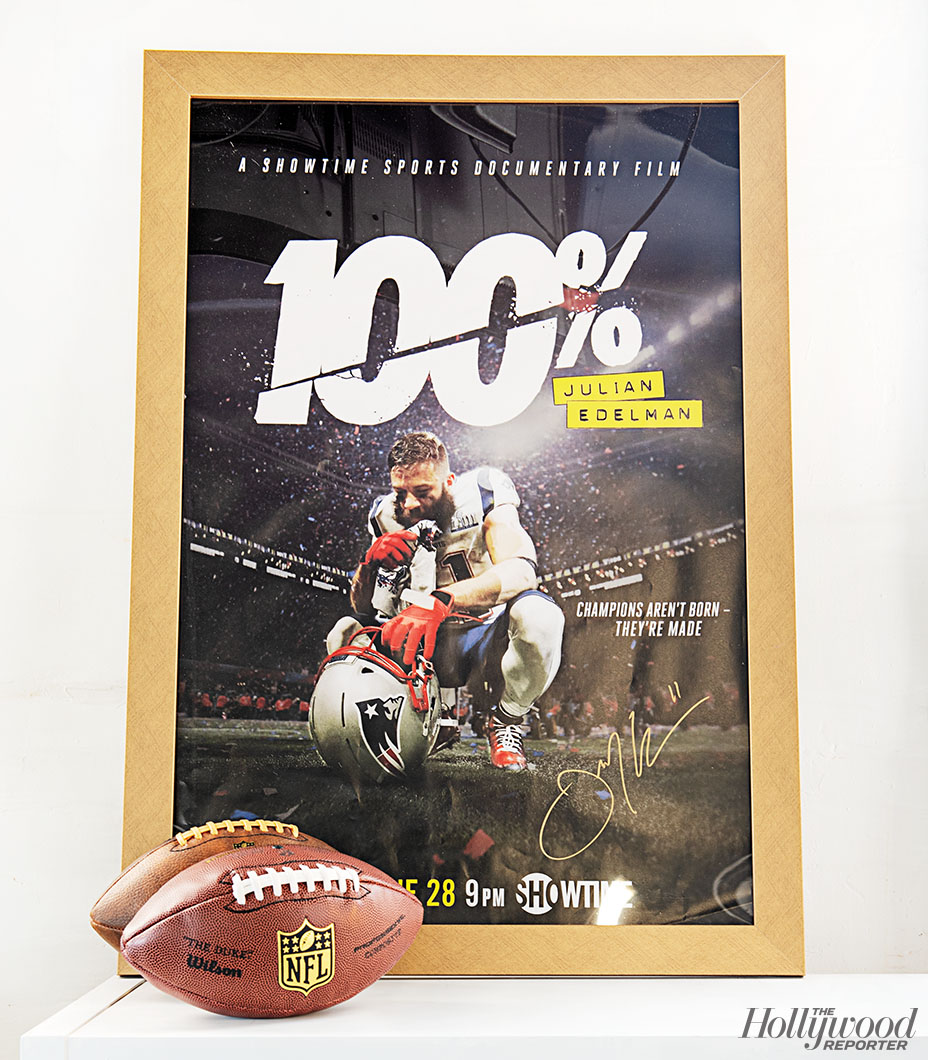 What was the mind-set behind doing the doc 100%?

EDELMAN We wanted to go a step higher and do documentary-type stuff with our own twist. We partnered up with the NFL and did a documentary [for NFL Films] about the [2017] Patriots-Raiders game in Mexico. It turned out cool, and it was a fun experience. [Months before,] I tore my ACL in the preseason. Assaf said, “What do you think about doing a comeback doc?” At the time, all these outlets and content people and providers wanted us to do our story of me coming back. So we decided if we’re going to do this, I want complete control. Every sports documentary is slow, monotone. They are all kind of similar. We wanted to do something our own way and put our own twist on it.

Is everything you do through Coast self-financed?

How much money did you put into the venture to start? 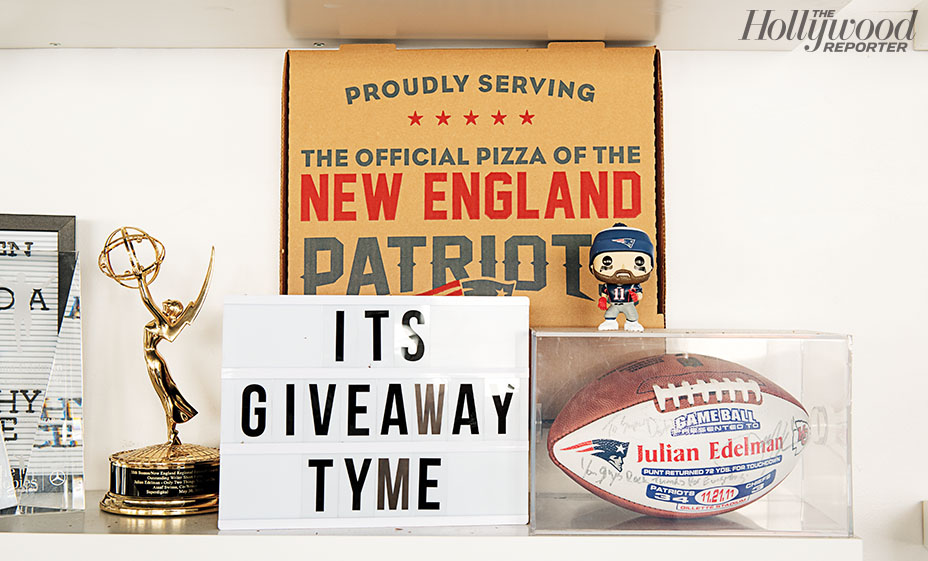 You guys are developing a romantic comedy that Assaf wrote. Would you star in it?

EDELMAN I probably wouldn’t star in it, but I’d definitely have a role. It’s a football rom-com. I love rom-coms. Does that make me weird? I don’t know. But I will be producing and maybe find a role.

And you’re pitching a TV series next month. What’s that about?

EDELMAN It’s going to be loosely based off the early part of my career. Everyone thinks that NFL football players are like the show Ballers, when in fact, probably 65 to 75 percent of the guys are scratching for a roster spot. They are not known. We all have helmets. There are only a handful of guys that are known. When I was a rookie, Tom Brady was talking about taking a helicopter to the Hamptons with his supermodel wife while I’m about to go to [an Irish pub near the stadium] and not be recognized. You know what I mean? 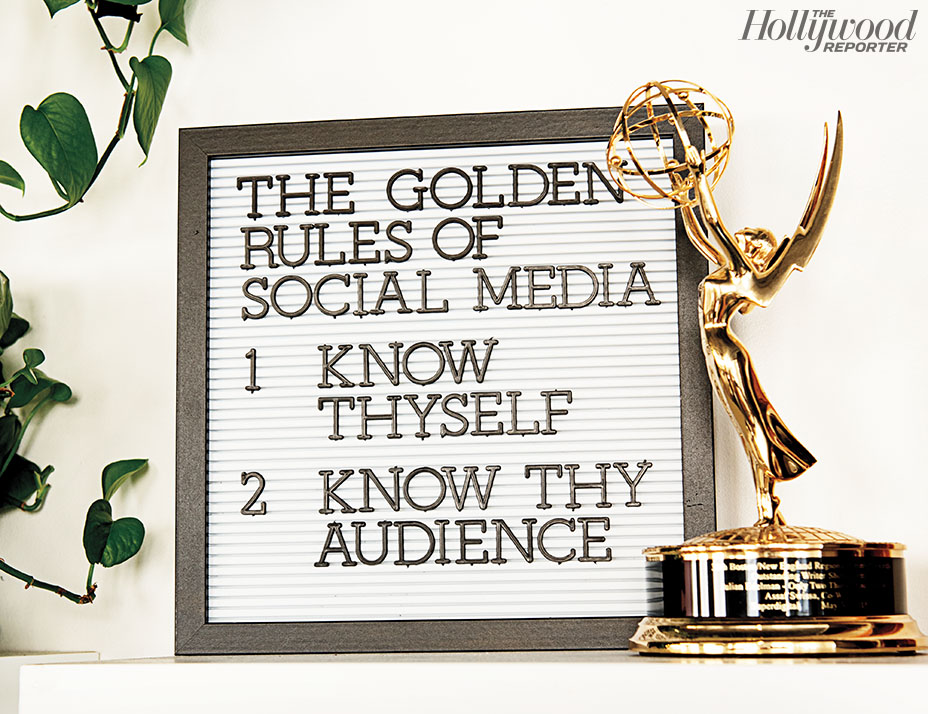 What’s the most interesting incoming call you’ve received since you announced the launch of Coast?

EDELMAN The call from [Showtime Sports president Shephen] Espinoza telling us how 100% has done. [Michael] Strahan, [Mark] Wahlberg. Those are people I looked up to as a kid. You’re dipping your toe into their Thunderdome, so for them to give you a compliment is pretty cool.

What did Mark Wahlberg say?

EDELMAN He said he was excited for me. We’ve been friends for a number of years now. He said, “If you want to do something, go out and do it yourself.” 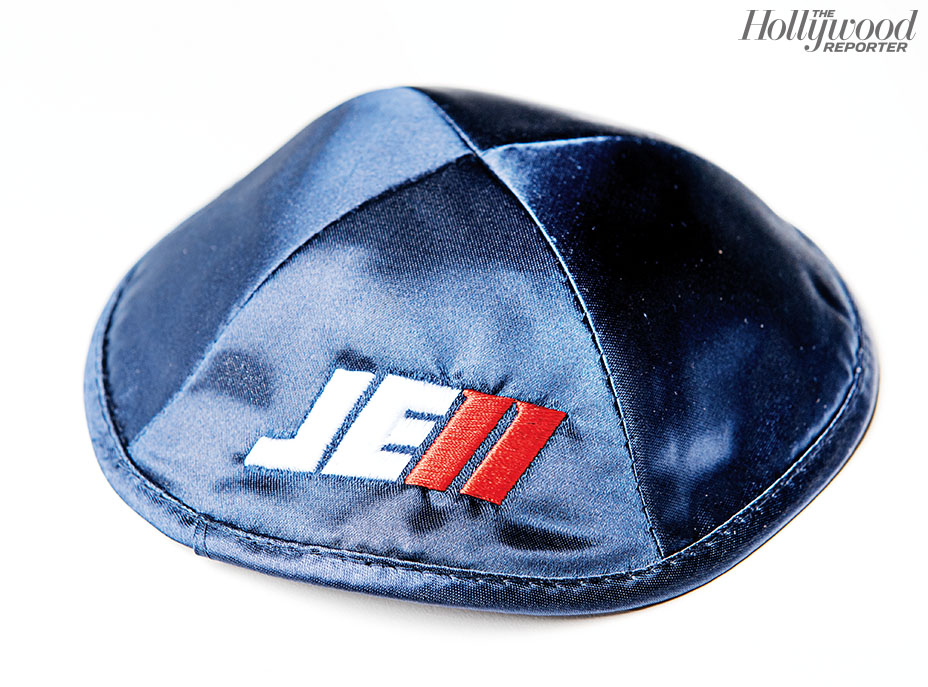 This story first appeared in the Aug. 14 issue of The Hollywood Reporter magazine. To receive the magazine, click here to subscribe.