Having directed A Doll’s House and an updated version of Hedda Gabler, Carrie Cracknell completes her set of what The Hollywood Reporter’s David Rooney described as Scandinavia’s “tormented soul sisters” with a new interpretation of Strindberg’s Miss Julie. Adapted by Polly Stenham (That Face), and featuring a splendidly skittish turn by rising star Vanessa Kirby, this lean, contemporary spin underlines just how modern both character and play remain.

Stenham may have morphed the 19th century country manor into a present-day London townhouse, and a traditional midsummer eve dance into a hedonistic house party, but the human dynamic is the same: A young woman twisted by privilege and poor parenting throws herself into a misguided liaison with a servant on the make, and pays the price for crossing the class divide.

Cracknell and her set designer, Tom Scutt, use the full width of the National Theatre’s Lyttleton stage to create two visually dramatic, horizontally parallel planes of action — above, a space that serves as a rave-like dance floor then, briefly, a bedroom; below a sleek, minimalist kitchen and the principal emotional arena. 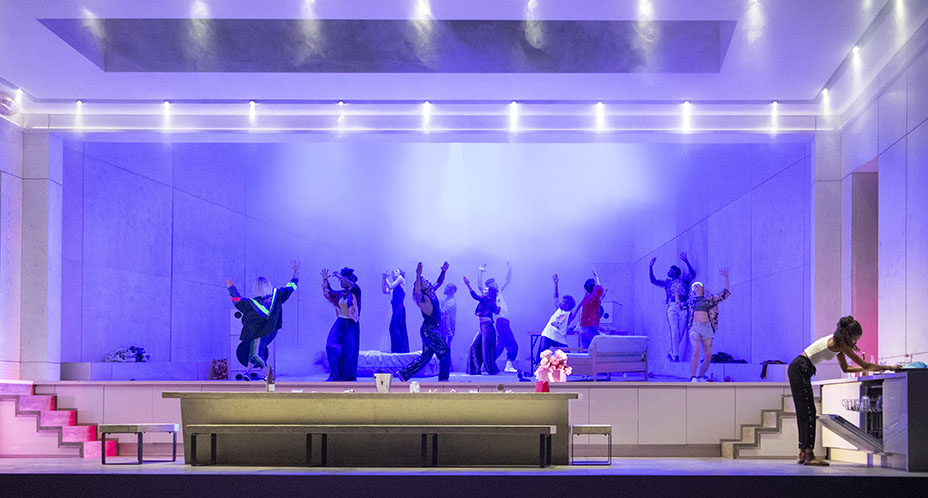 We first glimpse Kirby’s Julie on the dance floor, the lonely child of a dead mother and absent father lost in the superficial (and drug-enhanced) embrace of her so-called friends. The party is viscerally convincing, hot young things in their elaborate clubwear cavorting to a pulsating bass line, with Kirby’s party mode equally persuasive — sometimes dancing sexily, or coolly observing the throng, at other times stumbling and lost.

It’s her birthday, though it speaks volumes when it’s the hired help Kristina (Thalissa Teixeira) who is putting the final touches on the cake. For her part, Julie can’t stay away from the kitchen, where she’s drawn to her father’s chauffeur, Jean (Eric Kofi Abrefa). Having been sizing him up over her comical party specs, she’s desperate to lure him to the dance floor. “It’s the solstice,” she drawls. “Let’s get pagan.” Jean and Kristina are engaged, but it doesn’t take a clairvoyant to read into his frequent protestations about Julie’s behavior a reciprocal interest in the boss’s daughter.

Julie’s been dumped by her fiance and dreams of falling off her perch; Jean drinks his master’s wine and is obsessed with bettering himself. They flirt. Yet despite the colorful opening, the play takes an age to get going, as pregnant pause becomes longueur in the vast physical space between characters (the one drawback of the staging).

Like its source, this update truly takes off once Julie and Jean do the deed. Hereupon, the seesaw of power and vulnerability between the two, the chaotic interplay of lust and disgust, becomes ever more forceful.

The period may have changed, but Julie’s predicament hasn’t, as a young person whose privilege has brought nothing but angst, loneliness and easy access to narcotics. Having just played Princess Margaret in The Crown, Kirby is becoming a dab hand at women trapped within their gilded cages, though Margaret had more substance and guile. Here, the actress skillfully delineates Julie’s growing hysteria and eventual self-destruction.

Kristina’s observation that Julie has “always been Technicolor” is apt, as there’s something heartbreakingly overripe in both her appearance and disintegration. Constantly popping pills, all limbs, always draped around something — if not the muscular Abrefa, then the furniture ­— she’s funny, frazzled and doomed. 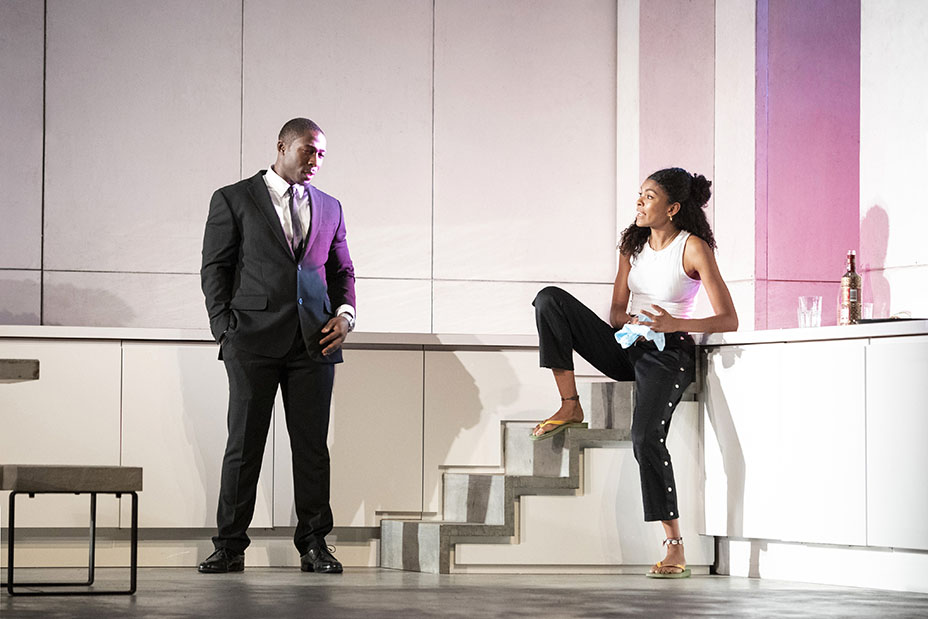 The degree to which the characters are governed by class, status and money is the usual meat and drink of the piece. What Stenham adds to the mix is race; making Jean and Kristina economic migrants, and black, is particularly apposite in a Brexit-traumatized Britain, and a reminder of the racial element of the master-servant relationship.

Teixeira (Yerma) expresses the theme most explicitly, in a powerfully delivered monologue that voices centuries of injustice and puts both her slumming mistress and disloyal lover in their place.

With the adaptation coming in at just an hour and a half, something has to give, most noticeably the characterization of Jean. The writing has lost the full sense of this preening ladies’ man and manipulative social climber who, for all his airs, can’t resist his master’s call; Abrefa captures some of Jean’s cruelty but not his narcissism.

Ultimately, Julie’s tragedy is put in her hands, marked here by the fact that it’s she, not Jean, who kills her pet canary — in a fashion that may lead many to rush home and clean out their blenders.