Every hero deserves their day in the spotlight, and for one iconic Japanese hero, that day arrives tomorrow.

On July 10, Ultraman Day will be celebrated with a number of virtual activations and the launch of a new online store featuring exclusive merchandise.

July 10, 2020, will mark the 54th anniversary of the debut of the character via the television special Ultraman Eve: The Birth of Ultraman, which introduced the alien hero from Nebula M78 — who, after melding with Shin Hayata, defends the world from a number of alien threats and giant monsters — to the world. Since then, the hero and his larger mythology have expanded through a number of different television series, movies and mangas.

To celebrate the hero’s birthday, Ultraman Day will feature four hours of live programming at the website Shu.Watch beginning at 10 a.m. PT, featuring appearances from Bin Furuya, the original Ultraman, as well as Hiroko Sakurai and Susumu Kurobe, both of whom have portrayed the hero onscreen. Additional guests include Marvel Entertainment’s editor-in-chief C.B. Cebulski and executive editor Tom Brevoort, as well as writers Kyle Higgins and Mat Groom, will be promoting the upcoming Rise of Ultraman comic book series, and Jason Hinds, CEO of Elevated Games, the company behind the upcoming Ultraman: Kaiju Kombat game.

The day will also be marked with the launch of the Ultraman Galaxy Store, offering exclusive merchandise — including a print of Alex Ross’s cover artwork for the first issue of the upcoming Marvel series, below — for sale in the North American market.

Ultraman Day is the latest push to increase awareness of the property in the U.S., which started in earnest in 2019 with the debut of the Netflix animated series Ultraman, and continued with the announcement of the partnership between Marvel and franchise owners Tsuburaya Productions, which launches with the Sept. launch of the Rise of Ultraman miniseries.

More information about Ultraman Day programming can be found here. 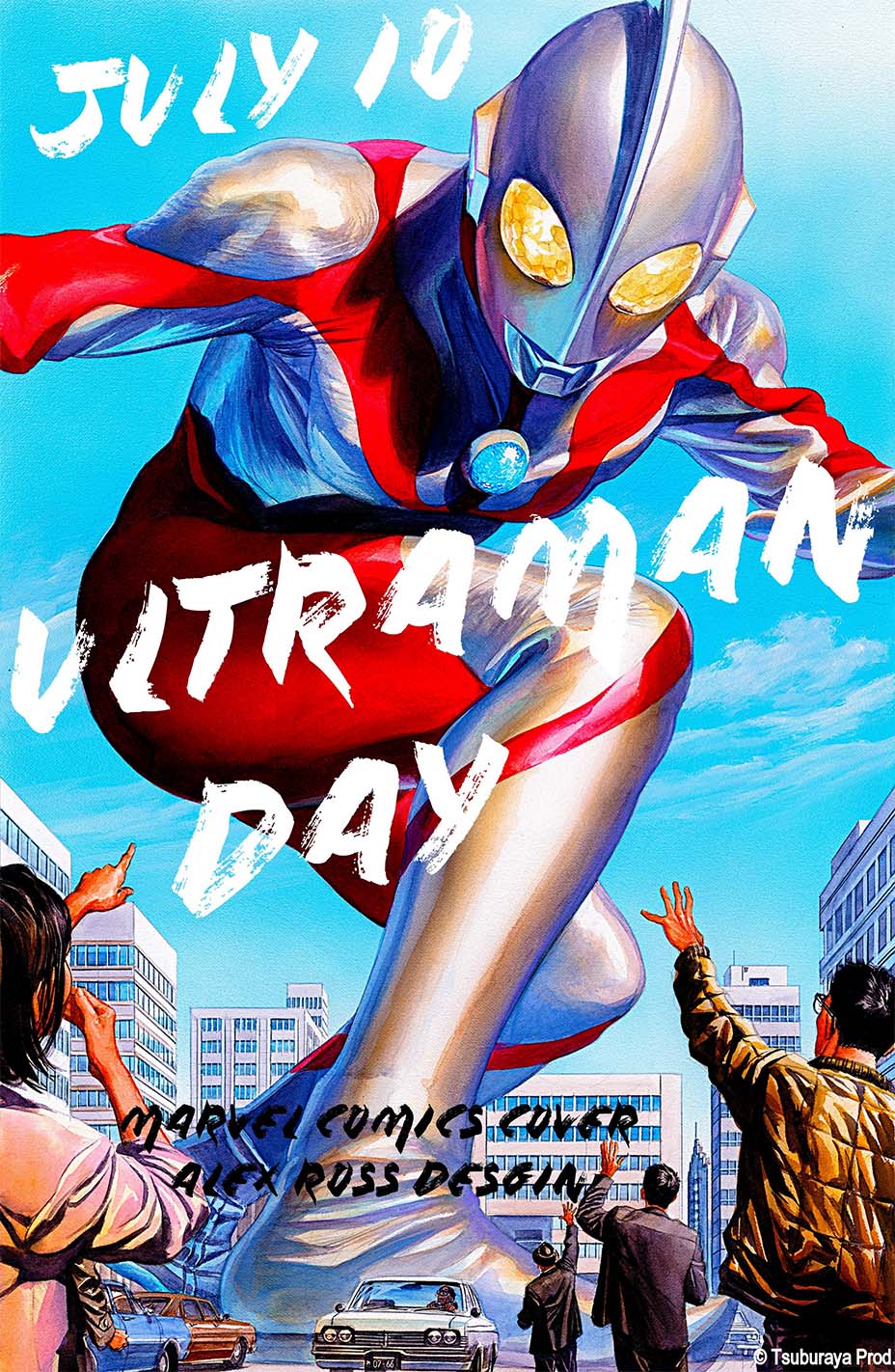