For Jane the Virgin star Justin Baldoni, his feature directorial debut was much more than making his first film.

“She was the one who told me that two people with CF have to stay six feet apart. I’m a hopeless romantic and Romeo and Juliet was my favorite play of all time. I just thought how interesting that the one person that should be able to understand you more than anybody is the one person you have to stay away from,” Baldoni tells The Hollywood Reporter, adding, “Her soul is in this movie and it wouldn’t be made without her.”

And this isn’t the last story from Baldoni, whose next feature film Clouds was acquired by Warner Bros. Baldoni speaks further with THR about his directorial debut, “I still feel like this 8-year-old kid with a broken video camera that my dad gave me,” finding its cast and what fans can expect for the final season of Jane the Virgin. 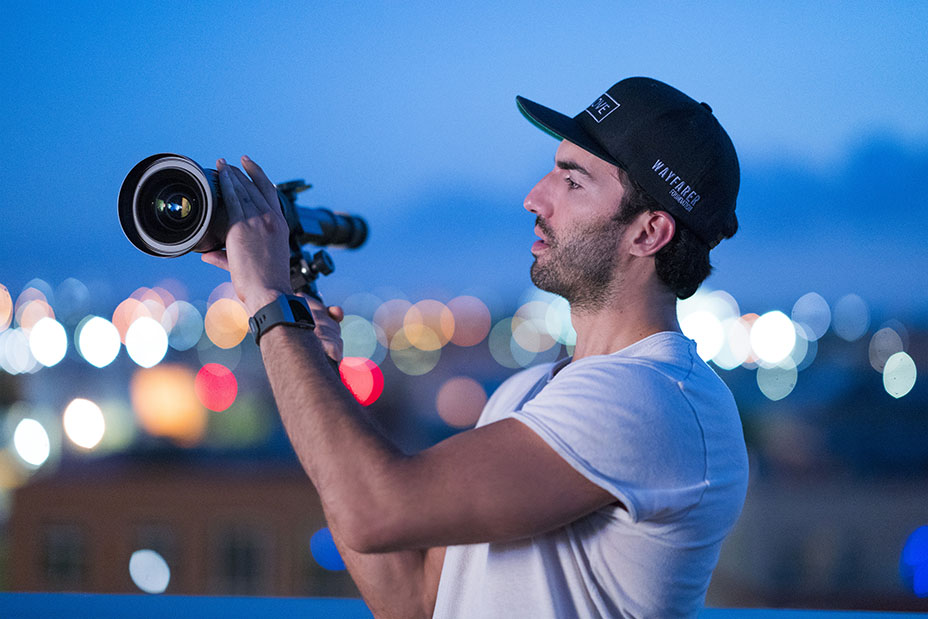 What about this story made it the right fit for your feature directorial debut?

Seven years ago, I created this digital show called My Last Days where I traveled the country and told the story of these individuals that were choosing love, hope and happiness in the face of a terminal or chronic illness. They were overcoming these tremendous obstacles and it changed my life. And through that documentary series I met a woman named Claire Wineland who just rocked my world. [She was] just the most incredible, genuine little light. We became really close and she was like a little sister to me. We were talking one day and I said, “Give me the inside scoop. What happens in these hospitals? Have you ever dated somebody with CF?” And she was like, “No!” She told me she didn’t have many friends with CF for a few reasons, one of which because she hated watching her friends pass away. And she was the one who told me that two people with CF have to stay six feet apart. I’m a hopeless romantic and Romeo and Juliet was my favorite play of all time. I just thought how interesting that the one person that should be able to understand you more than anybody is the one person you have to stay away from. I told her, “This is a movie. Should we go do this?” I hired her as a consultant and she unfortunately passed away just before I could show her my director’s cut. It’s something I’m still dealing with.

Was she able to see any of the film?

She was able to be at the table read, which was so special. I actually surprised everybody with her. It’s a made-up story, but it’s rooted in reality so they all knew the story was inspired by her. And a lot of her personality was injected into the characters. When she showed up to the table read it meant a lot to the cast. And she gave this amazing speech about representation and how this was the first time she’s ever felt that her story and the stories of people with chronic illness like her were worthy of being seen on the big screen in an accurate way. It was just powerful. She’s missed. Her soul is in this movie and it wouldn’t be made without her.

You made specific choices in the film to not shy away from the pain of cystic fibrosis. How do you hope to impact and educate the audience through these choices?

The reality of their illness is not something to just fast forward through. It’s the foundation of the story. You come into this world and you realize this is an extreme of my world. This girl is just like me, but she’s living in an extreme version of the reality that I’m in. These kids do hours of treatment per day. Some people take 100 pills a day. This is a huge part of their life and the other thing is it’s an invisible illness. Often times the only way you can tell someone has CF. I wanted to make sure the representation was correct. We hired a CF nurse. Besides Claire we had a few other people with CF consulting on the movie. I really wanted to ground the film in truth in absolute sincerity to what these people deal with. You’re affected more when you show what really happens. You see a little bit of their treatments. There’s one moment where she coughs in the first ten minutes of the movie and I didn’t want to cut away. You see her cough of mucus. That’s really it. That’s their every day. If you didn’t have that there would be something missing. If you didn’t have that then it’s just surface level, exploitation and romanticizing an illness. There’s nothing sexy about this. This is real.

What was key to casting Stella and Will?

I didn’t want to go the normal Hollywood trope casting. Haley in many ways was casting outside the box in the sense that she is so much bigger and brighter than if you were reading the script you would have imagined this character to be. Claire was like that. And one of the reasons Claire was so unique was because she was never a victim to her illness. Just because they’re at the hospital doesn’t mean their lives aren’t full. Haley has this bright aura of positivity around her. There’s something about her that draws you in. I didn’t want to cast someone you can’t relate to. Cole is a very handsome man and he could be a supermodel if he wanted to be, but I asked him to lose a ton of weight. We’re not glamorizing them. These are kids in the hospital and they’re sick.

Did Cole and Haley bring anything to the characters that was different than what you had in mind?

I’m a collaborator, that’s how I direct. I wanted to create a space where they were able to give me honest feedback to tell me when they hated lines or didn’t like something. When it came to Will’s art I asked Cole to pick the artist. I narrowed it down to three or four artists [in] New Orleans and I said, “Now that you’ve been working on this character for a month what do you feel like this art looks like?” I wanted him to own that. He picked this great guy named Caesar Medows. I wanted him to be proud of the art.

Do you have plans to work with these two actors again?

Absolutely. I already asked Haley to read my next project [Clouds]. We’ll see if Cole returns my phone calls. (Laughs.) I have a feeling that he’ll be off to the races. They both are.

What has been the greatest love story of all time onscreen?

The Notebook is up there. The original Love Story is one of the greatest. Romeo and Juliet with DiCaprio and Claire Danes set the bar for romance and young adult acting. The Notebook had the most profound affect on me personally because when I watched it I was about 20 I had just moved to L.A. and I was on this show Everwood and I remember I was flying back and forth to take care of my grandma who had dementia. I was in a very unique position to help them financially. I remember that feeling every time I would go there of reminding her who I was. She would always remember me, but she would not remember other people. It’s just that idea that love can be so profound and powerful that you spend your life helping somebody remember it. It’s something most people had never seen before.

Speaking of The Notebook, you and Gina Rodriguez were filming in the rain for Jane the Virgin.

Of course I can’t tell you. (Laughs.) I don’t know if you can draw a line between the two things although you’re trying really hard. That’s why I have a little bit of a cold right now. By the way since when is it 51 degrees in Los Angeles at night? And of course we shoot a rain scene. I can’t tell you what’s happening in the rain. It was artificial rain.

Do you think the series is ending too soon?

No. I think it’s perfect. If it went another year we would be going another year just to go another year. There’s this feeling like we’re getting closer and emotions are under the surface. I can feel in mine that it’s starting to swell. The second we get into the last couple of weeks we’re going to be crying a lot. The show has given me more than I could ever ask for. 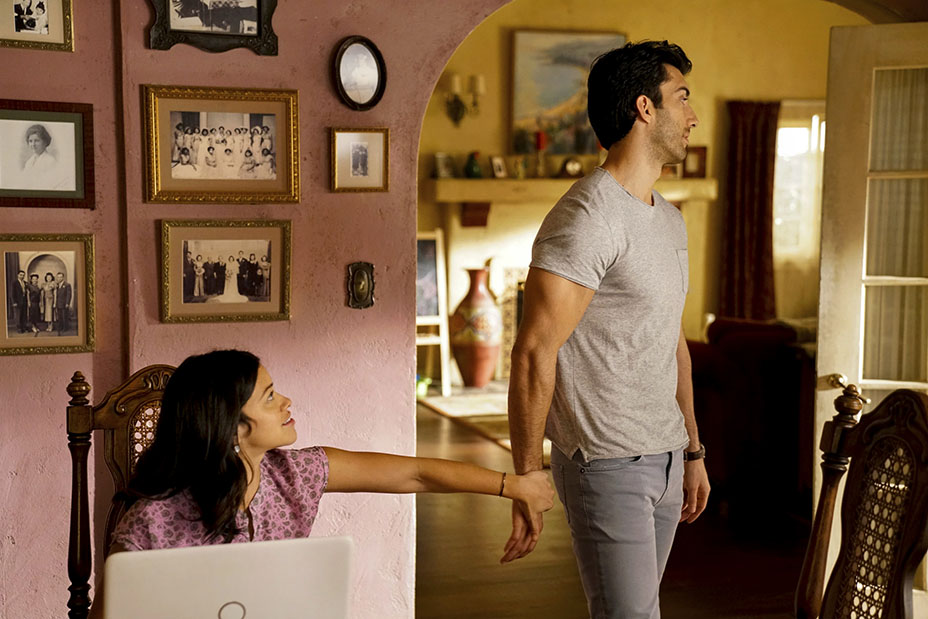 Is the story close-ended?

It’s a great way to end it. You’re going to have a lot of emotion, a lot of crazy things happen and a lot of sweet moments as well.

What plans do you have for your next projects through Wayfarer Entertainment?

We’re starting a studio, which is really cool. We raised a nice little chunk of money to liberate ourselves from the traditional model so we can start to create more content that we felt could help us remember our shared humanity. It’s not something that’s so easy to sell as someone that’s been trying to sell it for a long time. Our industry has been afraid of what used to be called earnest content. And I’ve always been really drawn to earnest content, but there’s a new way to make it. We’re really excited to explore all the different ways that we can make content that helps us remember that we’re alive and life’s worth celebrating.