Last week, Parrot Analytics — a firm that measures engagement based on file sharing, downloads, social video, research and social media — reported Justin Simien’s Netflix series Dear White People experienced a steep rise in demand: 329 percent over the previous week at a time when protests swelled across the globe in support of the Black Lives Matter movement.

In an interview with The Hollywood Reporter about the news, Simien says the surge is not the easiest thing to celebrate. He’s grateful viewers are discovering — or rediscovering — the show, but it comes in the wake of several Black Americans being killed by police and armed vigilantes. And that, he says, is devastating to witness.

Simien, now prepping for the fourth and final season of the show while editing the final version of his upcoming Hulu film, Bad Hair, talks about the way in which those emotions overlap, what Hollywood can do to boost Black artists, and what the experience has been like for him, simply as a viewer revisiting Dear White People at this time.

How does it feel to see Dear White People jump in engagement right now?

Man, it’s complicated. I have been grateful to fight tooth and nail for Dear White People since 2013 when we first started raising money for the movie. It continues to be a show I have to fight for — for the proper budget, advertising, promotion. It’s a conversation that me and my village of creatives think we really deserve to keep having. We are pouring our whole hearts into these issues to make something that not only is pop culture entertainment but also feels urgent and relevant. These are tragic events that have led to this uptick of viewership, and that’s really devastating. It’s also nice to feel that [we] have contributed something that can be meaningful in this time. These issues have been on our minds and in our hearts for a very long time, and the show we’ve made speaks directly to what is happening. It’s nice to know people are listening. 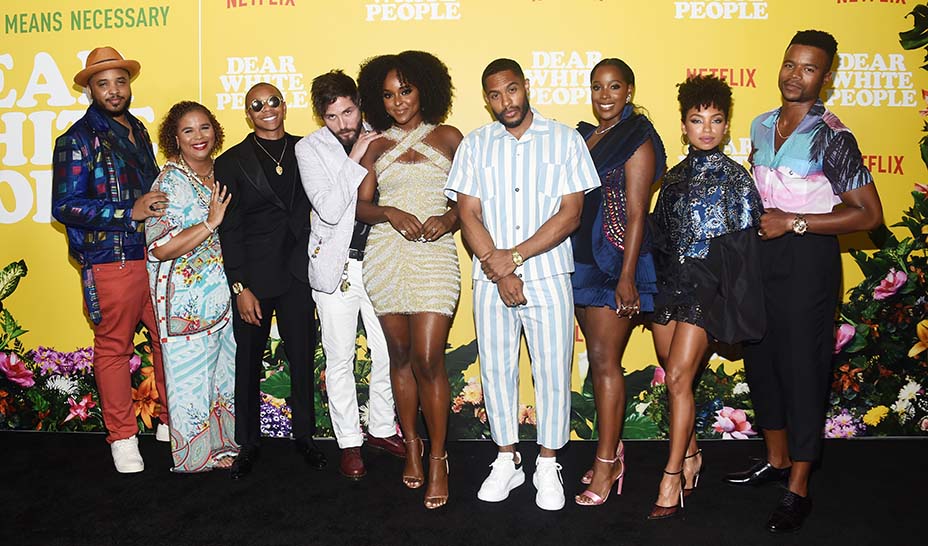 Have there been any discussions with Netflix about further promotions amid the current times?

I would love to hear from Netflix about how to further promote the show. The Netflix team really does care about the show and they fight for it. I’ve had many conversations with Ted Sarandos and the marketing team to say it needs more attention. We have the best performances along with writing, costume and production design — everything. I would argue it’s among the best on TV. Each of the episodes are packed with meaning and conversation. I do think we get lost in the shuffle a bit [of what’s on TV]. I don’t know. Maybe audiences don’t want to be lectured or preached to, but, at the same time, a lot of these issues folks have been comfortable living with in their blind spots for a while. This moment is making people want to look at those blind spots. We’re here, we’ve been here, and we’ll stay here. Hopefully, this will make it so that making a season four is not as much of a fight as the other three seasons.

At the same time, a movie like The Help has been trending amid renewed criticism for its white savior narrative. What do you make of that? Some have called for it to be removed from Netflix.

I’m not offended by it. The Help serves a purpose because any problems people have with the movie — including those expressed by some of the people who made it — it still includes some amazing performances by black women. And perhaps, in a context that is somewhat problematic, it allows people to see their humanity and paves the way for others to tell their own stories moving forward. I’m not offended. Around the movie exists a very real critical analysis that is important. I’ve gone back and watched Stormy Weather and Cabin in the Sky, both movies that are incredibly problematic if you talk about them [in reference] to today’s movie landscape. But those were the first chances people really got to see black people as characters, and you can’t erase the historical significance just because now we’ve moved further. 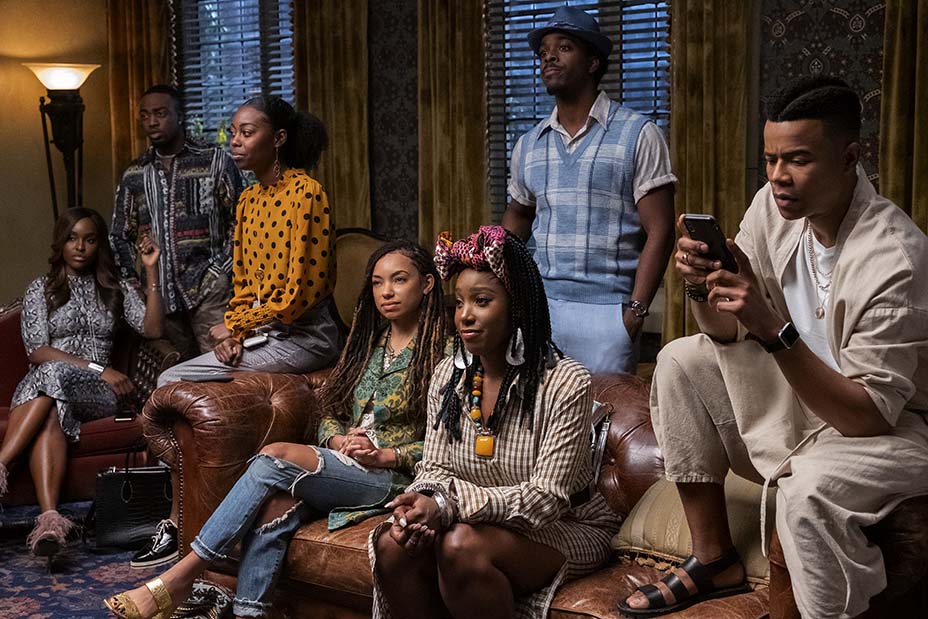 Speaking of season four, you said last November that you have a big concept for the series finale and that you won’t waste the opportunity. Not asking for spoilers, but can you explain a bit more about the idea and if you’re going to update it at all with current events?

The good and the sad news is, these things are evergreen for a while. The themes we are talking about with this final season are more important than ever. There is a big idea behind [season four]. I treat each season as a reboot of the show. The final season, I want to give audiences what they love about the show and do so in a way that they didn’t expect. Hopefully, through the coronavirus crisis and all of the costs that ensue, we can pull this thing off. That’s my hope. Myself and the writers spend a lot of time coming up with special ideas. We will see how all of this unfolds.

Dear White People has popped up on so many lists lately highlighting essential films and TV shows about race. How does it feel to be included?

It’s validating. It’s nice to know that the show is having an impact on people and that we’re not screaming into a void. Maybe when past seasons have aired, people didn’t stop and take a look and give it as much attention as I might’ve hoped it would get. I think myself and other black creators, we want to feel useful to this moment. As artists, we tell stories. That this story — one I’ve been telling since I started my career — can be useful right now is all I can ever ask for. It’s validating. This moment is devastating. Those emotions are right up next to each other. 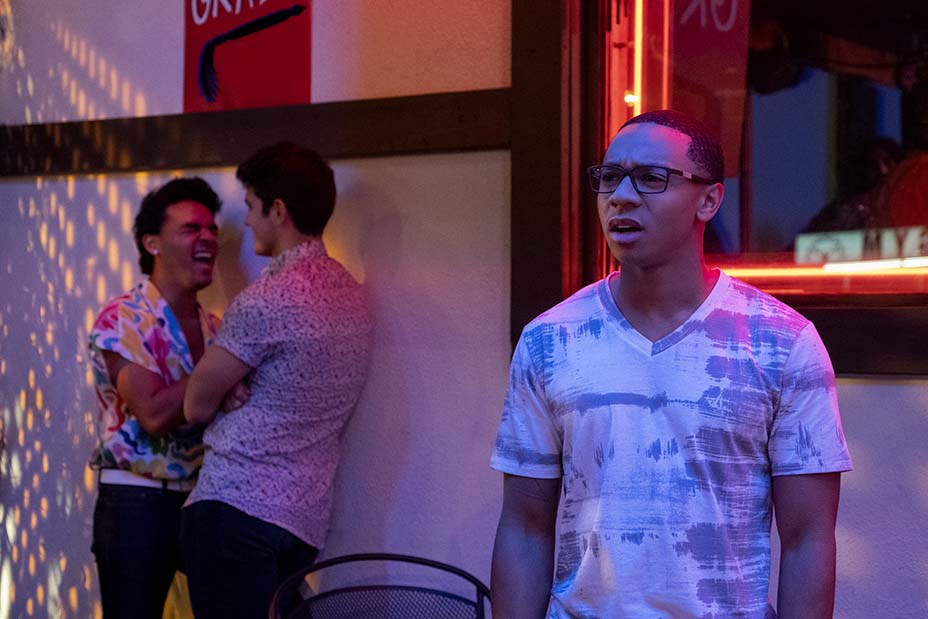 How are you feeling right now, personally? How have you been spending your time?

A lot of what I’ve been doing is working. The pandemic has been emotionally taxing, and then add to that the death of George Floyd among many other deaths, all by the hands of police. It’s devastating. I can afford regular therapy, which I am not ashamed to say that I frequently use via Zoom. It’s great to have work that speaks to the moment because I pour my pain and my passion into it. I’m cutting and continuing to work on Bad Hair. Everything I’ve done has had something to say about white supremacy and the way that it persists and is unseen within the system. That’s where my heart is, and those are the stories that I want to tell and am developing. I make sure I have something to pour my energy into. I have been doing OK. Even before the protests around George Floyd, I was already going back and going through old Dear White People episodes just for personal enrichment and to watch the show again, especially the episodes I didn’t direct, just to pick up on all the little things. We really peppered the show with so much medicine for this moment. It’s been really satisfying as an audience member to remember the lines, the shots and the ideas. I’ve also been spending time with my vast village on chats and FaceTime.

How can and should Hollywood respond both in terms of content and actionable steps to make the industry and the executive ranks more inclusive?

Every day, you have an opportunity to look at yourself and the systems that you are a part of to find racism where it’s hiding. It’s hiding in a lot of places in Hollywood. As Black filmmakers, we are up to maybe two filmmakers who get to make a big movie a year. There’s a lot of folks who are patting themselves on the back for that, but directors of color still have to jump through hoops to make movies that their peers are just handed. When you are making a movie as a person of color, it’s still so hard in ways that have never been talked about because nobody wants to lose their jobs or lose an opportunity to get a job in the future. Instead of projecting what you’ve done and patting yourself on the back, it would be great to look inside at those blind spots in the ways you’re putting Black creatives through all kids of hoops and obstacles that everybody else doesn’t have to face. Champion Black voices in every space — in boardrooms, by the consultants you hire, and other jobs. There’s not a quick fix to this. Anything anybody is doing, they can’t claim that it’s done. It’s ongoing.

In rewatching Dear White People, was there an episode or a moment that jumped out?

I’m really proud that not only did we introduce the trauma of police brutality in a comedy — during episode five of the first season — but we continued to be with Reggie and his traumatic encounter with police throughout the series. Reggie is the heart of the show and I’m really proud of that. It’s not like I forgot, but I’m reminded in seeing that it continues in all of the episodes after during which we unpack how each character deals with the trauma of these important moments. How people twist and attack us, how allies fumble, every moment of the aftermath — we have been making our show out of that. I’m proud that it exists and proud when people care or say that they needed this scene or that scene. I do not make this about myself at all. We have amazing filmmakers and writers and a team that helps get that vision off the ground. They continue to do that every single episode. 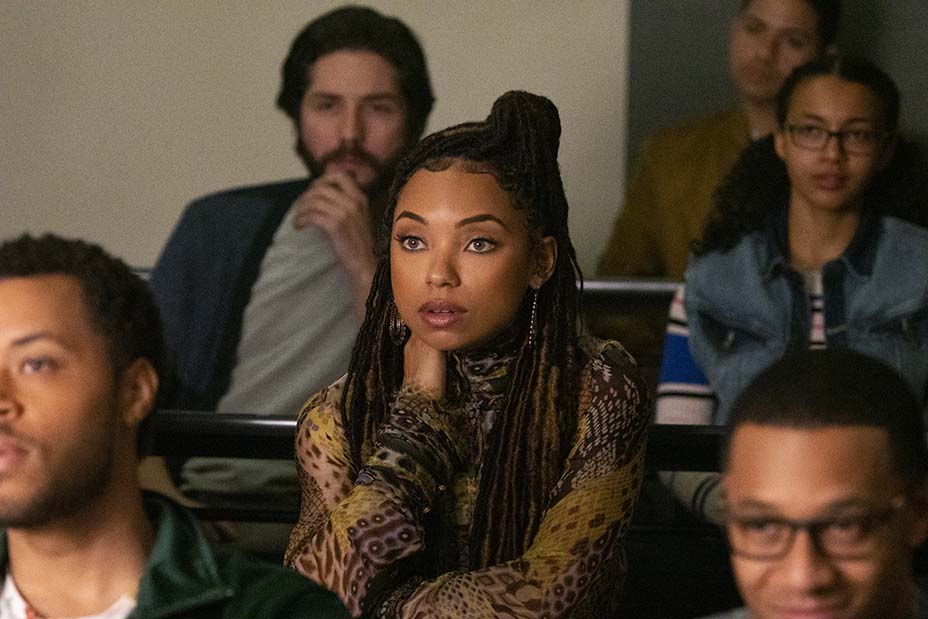 Interview edited for length and clarity