Monsta X is making their mark in America.

As K-pop’s popularity continues to grow stateside, the seven-piece boy band is doing their part to keep the momentum going. Following the success of Korean supergroups BTS and BLACKPINK — both have broken records this year in the U.S., launching K-pop into the nation’s collective consciousness — Monsta X is also set to make history as the first K-pop act to ever perform on the main stage as part of iHeartRadio’s annual Jingle Ball tour.

“Seriously, we really didn’t expect this phenomenon. Lots of K-pop singers have found success in the U.S. recently, and we are inside of that movement,” rapper I.M, Monsta X’s resident English speaker, tells The Hollywood Reporter. “It feels really great.”

The septet was formed three years ago on the South Korean music survival show No.Mercy, in which 13 K-pop trainees were pitted against each other to compete for the chance to debut as a new boy band. Eventually, rappers I.M and Jooheon and singers Shownu, Wonho, Minhyuk, Kihyun and Hyungwon made the final cut, and thus Monsta X was born.

After signing with Starship Entertainment — the K-pop behemoth responsible for girl group Sistar and its solo breakout star, Hyolyn —  in the spring of 2015, Monsta X released their debut EP, Trespass, which spawned hits like “No Exit,” “One Love” and title track “Trespass,” the Seoul-based group’s criminally addictive first single about breaking and entering.

In the years that have passed, Monsta X has invaded several musical landscapes. With a handful of Korean awards under their belts, the boys went on to participate in China’s music survival show The Remix in 2016. That same year, Monsta X appeared in the acclaimed Chinese web drama Good Evening, Teacher. Then, in May 2017, the group released their first Japanese single, “Hero,” a commercial triumph met with praise from critics and fans alike. The group has continued to command the attention of Japanese K-pop enthusiasts, with their recent single “Spotlight” receiving an official gold certification by the Recording Industry Association of Japan.

But, now, Monsta X is determined to dominate across the Pacific, with their sights set specifically on the U.S. — which, according to I.M, is the “toughest” market to break into. “Finding success in America is very important to us because, as you know, the U.S. music industry is the biggest music industry of the world,” he elaborates to THR. “And if you achieve success here, it will open doors for you elsewhere.”

Since the beginning of their career, the band has worked hard to establish a connection with American fans through a few, albeit impactful, stateside visits. Monsta X was less than three months old when they became the newest act to perform at the 2015 iteration of KCON Los Angeles, and performed again in L.A. at 2016’s festival. In 2017, the band performed six U.S. concerts and returned to America this summer for a seven-city tour, all while maintaining a formidable presence in Asia.

“My personal dream is to conquer the world with music, and America is the biggest step in realizing that dream for Monsta X,” I.M continues. “With solid footing here in the U.S., we want to be a global act.”

Monsta X is well on their way. Earlier this month, they released the English version of their latest single, “Shoot Out,” the lead track from their second full-length album, Take.1: Are You There?, both of which entered the top 10 on Billboard‘s World Digital Song Sales chart and World Albums chart, respectively. And, not to mention, I.M and the gang are gearing up for those groundbreaking Jingle Ball gigs.

“When we first saw the lineup, it was Cardi B, Shawn Mendes, Calvin Harris, Camila Cabello and Monsta X? That was so amazing to us,” I.M reflects. “We couldn’t believe it! It’s so incredible to be performing on the same stage as so many other accomplished artists. To be the first K-pop act to play the main stage at Jingle Ball? It’s so special and we’re so grateful.”

His bandmates agree, telling THR in an email, “We are glad to be there as performers representing K-pop.” However, the young men of Monsta X — who range in age from 22 to 26 — admit to feeling “a responsibility on our shoulders” to impress American audiences. 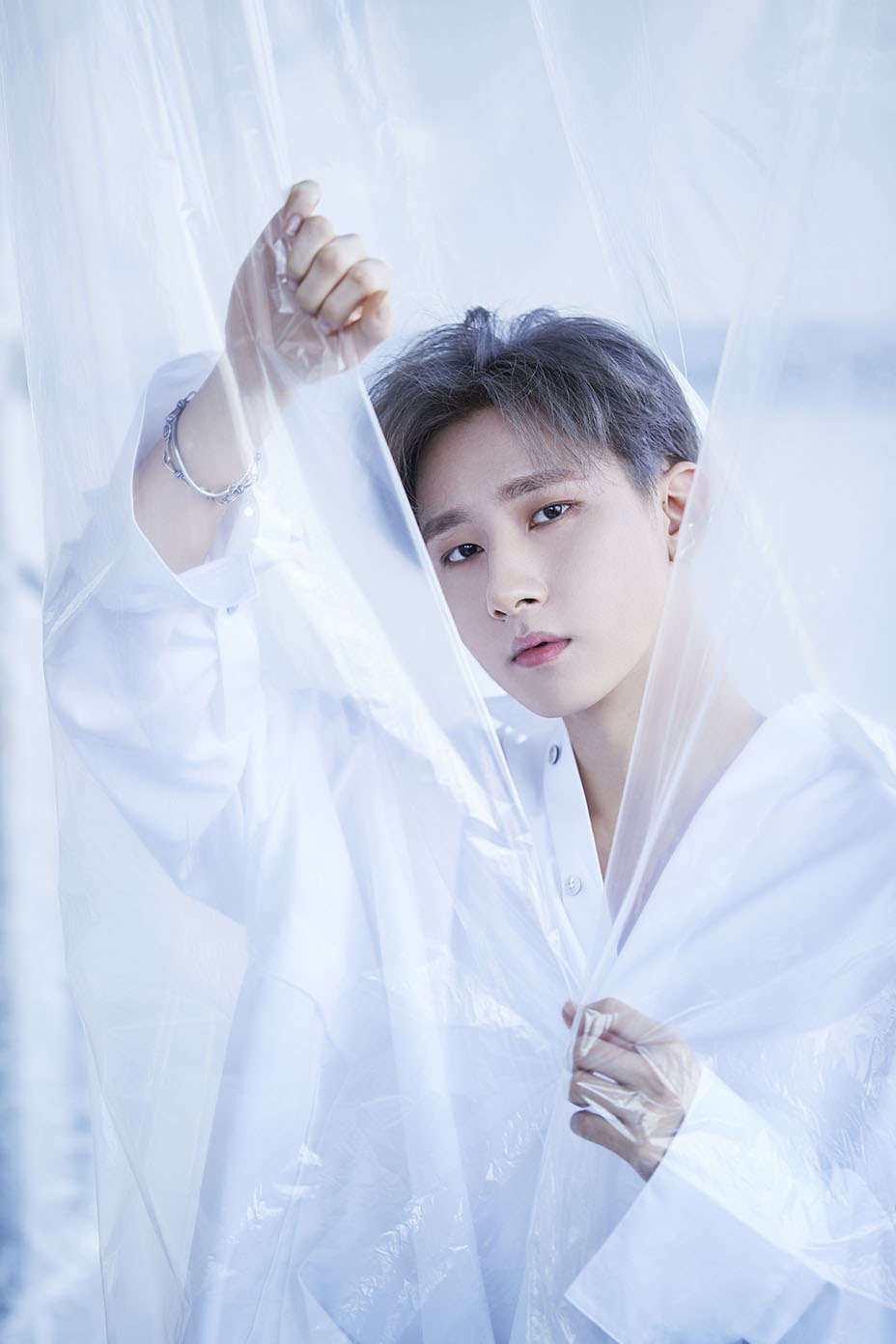 “The biggest difference between performing in America versus Asia is the reaction from fans. They’re a lot more insane, a lot more expressive over here. It’s very exciting for us when they get insane and go crazy,” says I.M. “But it’s also intimidating because their reactions are kind of like a reflection of our performances. They’re very honest, so we know we always have to bring it in America.”

Below, I.M opens up to THR about crossing over with Monsta X, their brotherhood with BTS and what’s next for the band.

How has Monsta X evolved since you first debuted in 2015?

We’ve evolved a lot. We’ve tried to change our concept in lots of different ways, and we just continue to work harder and harder. And, not to sound awkward, but we are a little more handsome than we were in 2015.

What differentiates Monsta X from other K-pop acts?

First of all, our faces are more handsome. That’s our biggest weapon! (Laughs.) I’m just joking. Really, the foundation of our music is very strong. It’s a mix of EDM, hip-hop and R&B, and these three genres of music are the easiest things to make people very excited. And I think that’s why we are having success here in the U.S. I think that’s really the biggest weapon that we have: our music.

BTS has had tremendous success in the U.S. Do you feel like they opened doors for your own group’s success here in the States?

Yeah, definitely. Of course. They really paved the way for us and other K-pop acts. They made way for us to participate in the United States’ music industry. They achieved lots of amazing things that we never expected before. They’ve performed on a global stage at the American Music Awards and they’ve been getting awards over here. I don’t know if we’d be able to do the things we are doing right now without them.

Is there a camaraderie between BTS and Monsta X?

Yeah, of course. We are both Asian. Before Asian, though, we are Korean. And we are very proud of everyone’s success — BTS and all the other groups and singers. I saw that BTS delivered a speech at the U.N. and that was really amazing to me. How powerful. Years ago, something like that would have probably never happened. So, we believe in ourselves more than ever before — and in other K-pop groups, too.

How would you describe the bond between you and your bandmates?

They’re not simply my bandmates. It’s like they’re another family. For me, it feels like I have six older brothers. I feel so comfortable with them and I think they would all agree that we are a family now.

Where does Monsta X find most of their creative inspiration?

Our biggest inspiration is our fans. We wouldn’t be here without them. So, we take them into consideration with every choice we make as a group. We just want them to be happy. As for what inspires our music directly, though, it’s the simplest things. Anything can inspire us.

What inspired “Shoot Out” and its music video?

I wanted a strong, heavy bass line. I feel like we’re going back to our roots a little bit, where we started when we debuted in 2015. We’ve evolved, of course, but it was time to bring back that strong, exciting sound that really put us on the map. “Shoot Out” has such a strong sound, and I hope to continue that as we move forward with new music.

Monsta X recently released the English version of “Shoot Out,” and you even co-wrote the English lyrics. What was that experience like?

I love songwriting and working on lyrics. In my case, I usually write English lyrics. So that was not a big problem for me. But, yeah, we just released the English version of “Shoot Out” and my bandmates were very good with the pronunciation of everything. I was very impressed!

What is your favorite aspect of K-pop stardom?

Creating choreography and then making the music video. I love the whole experience. But I think, if the group had to collectively say what the best part is, I think we would all agree that performing live is the best part.

And the most challenging part?

Probably maintaining success in the U.S. That part is challenging, but we are working very hard and we have no plans on stopping.

What’s next for Monsta X after Jingle Ball? 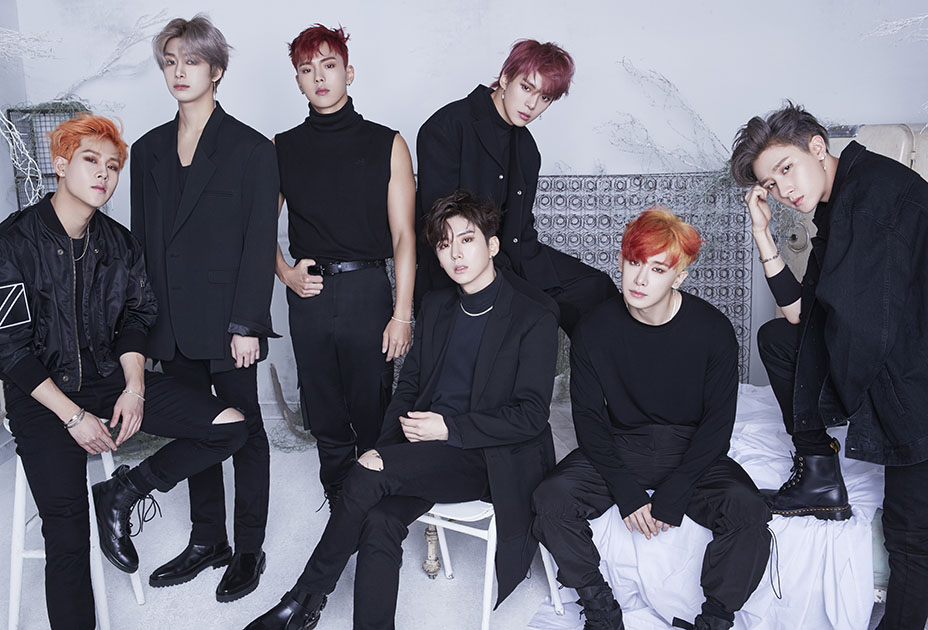 Monsta X’s first Jingle Ball performance will take place on Friday at the 102.7 KIIS FM Los Angeles event and their last will be at the Q102 Philadelphia-area show on Dec. 5.